Speaking to reporters on Parliament Hill today, Paul said Canadians are not being well served by the confusing current patchwork of federal, provincial and municipal COVID-19 policies.

She said the country must have clear, coordinated messages, with officials speaking with “one voice.” 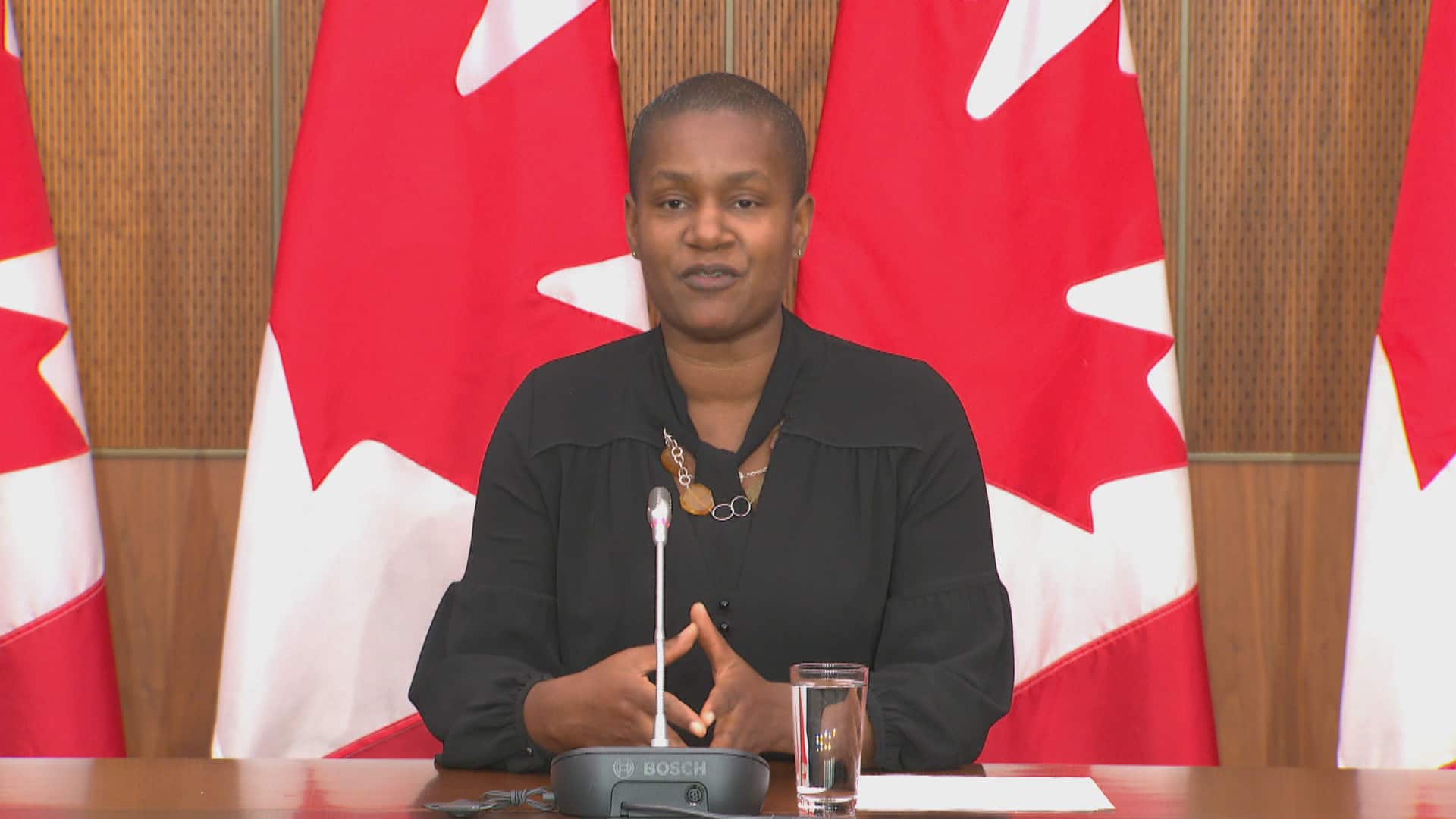 She cited the example of the recent byelection in Toronto-Centre, which Paul lost to Liberal Marci Ien. Paul pointed out that byelection voters were being told by federal Elections Canada officials that it was safe to vote even as municipal leaders were encouraging them to stay close to home.

Canada doesn’t need a “one size fits all” approach, Paul said, but the country should have something like Australia’s National COVID-19 Commission Advisory Board. That board, according to its terms of reference, is responsible for “mobilizing a whole‑of-society and whole-of-economy effort, to take action against the impacts of the global COVID-19 pandemic.”

Paul said the country could be divided into colour-coded zones — as Ontario and Quebec already have done for some regions — with national standards determining what those living in those zones can and cannot do during the pandemic.

The national task force would take the lead on drafting restrictions to ensure some level of uniformity across the country, she said, with the understanding that some regions are performing better than others with respect to case counts.

“The problem right now is we have very mixed and confusing messages at a time when people have said they are willing to do what is necessary to prioritize life. We do not have coordinated, unified messaging on the pandemic,” she said.

And while Canada is a federation, with a division of powers between various jurisdictions and levels of government, Paul said now is not the time for squabbling over who is responsible for what when so many people are getting sick.

“What’s happening right now doesn’t work — that’s clear. People are dying, we’re in the midst of a second wave and we’re not seeing any improvement.”

Paul said that even the U.S., which has been criticized by some for its pandemic response, is further ahead on coming up with a cohesive, national response.

She said president-elect Joe Biden formed a coronavirus advisory board dominated by scientists and doctors shortly after he secured the 270 electoral votes needed to win the presidency.

Biden has said the task force will take policy proposals and “convert [them] into an action blueprint.”

“That plan will be built on bedrock science … I’ll spare no effort, none, or any commitment, to turn around this pandemic.”