Julia Taubitz of Germany got her fifth win of the women’s World Cup luge season on Sunday, closing the gap between her and series leader Natalie Geisenberger in the overall women’s standings to four points. 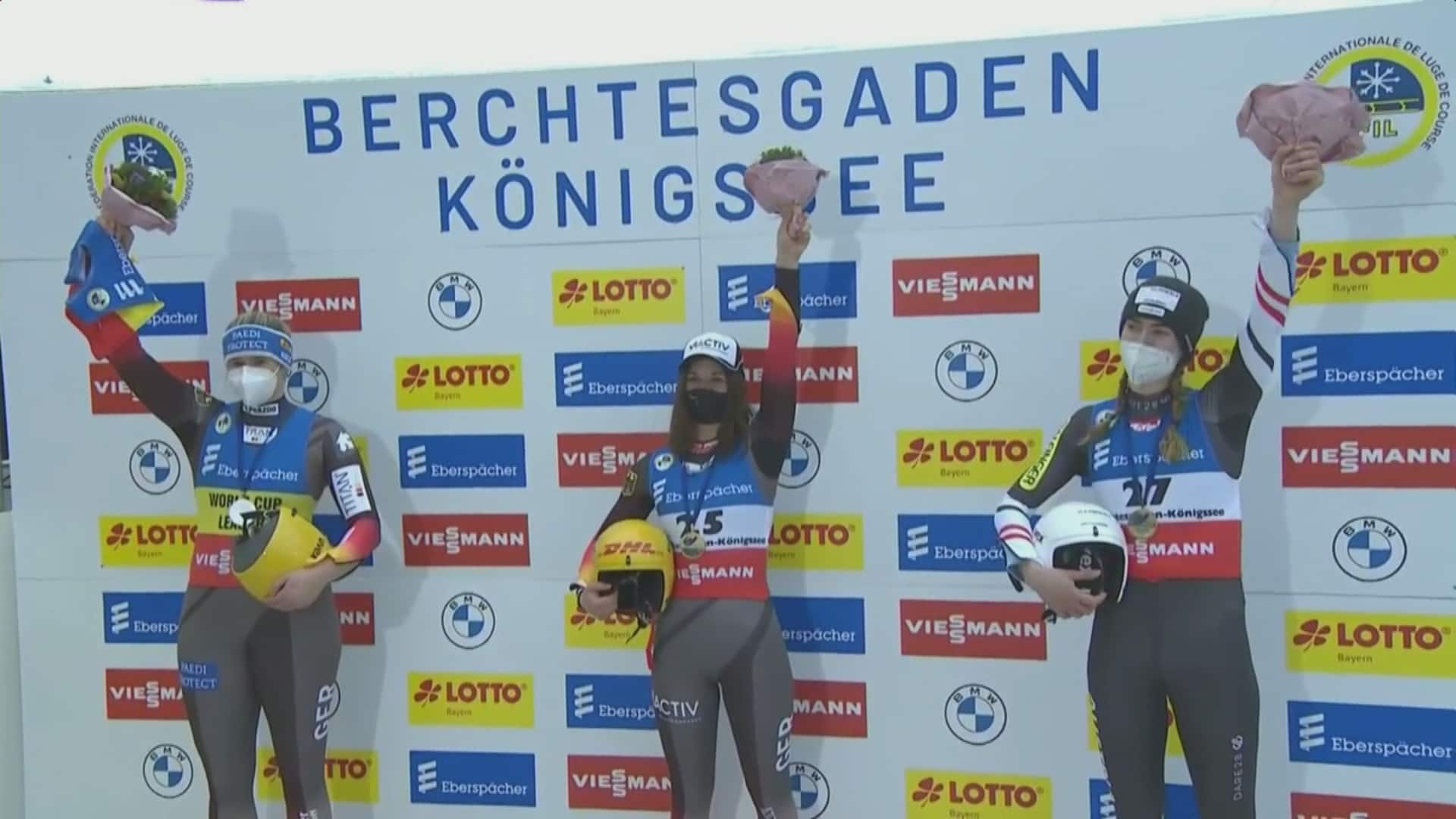 Julia Taubitz captured her fifth individual World Cup Luge event of the season crossing the line with a two-run winning time of 1:41.402 2:28

Geisenberger now has 595 points on the season as she seeks an eighth overall title in nine years; she didn’t compete last season after giving birth to her first child. Taubitz, last season’s overall women’s champion, has 591 points.

Emily Sweeney was the top U.S. finisher, placing 10th in her first World Cup of the season. USA Luge rejoined the international circuit last week after sitting out the first half of the season in response to the coronavirus pandemic and concerns about international travel.

Austria capped the day with a win in the team relay, followed by Germany and Russia. The U.S. team of Britcher and Jonny Gustafson and the doubles sled of Chris Mazdzer and Jayson Terdiman was sixth. 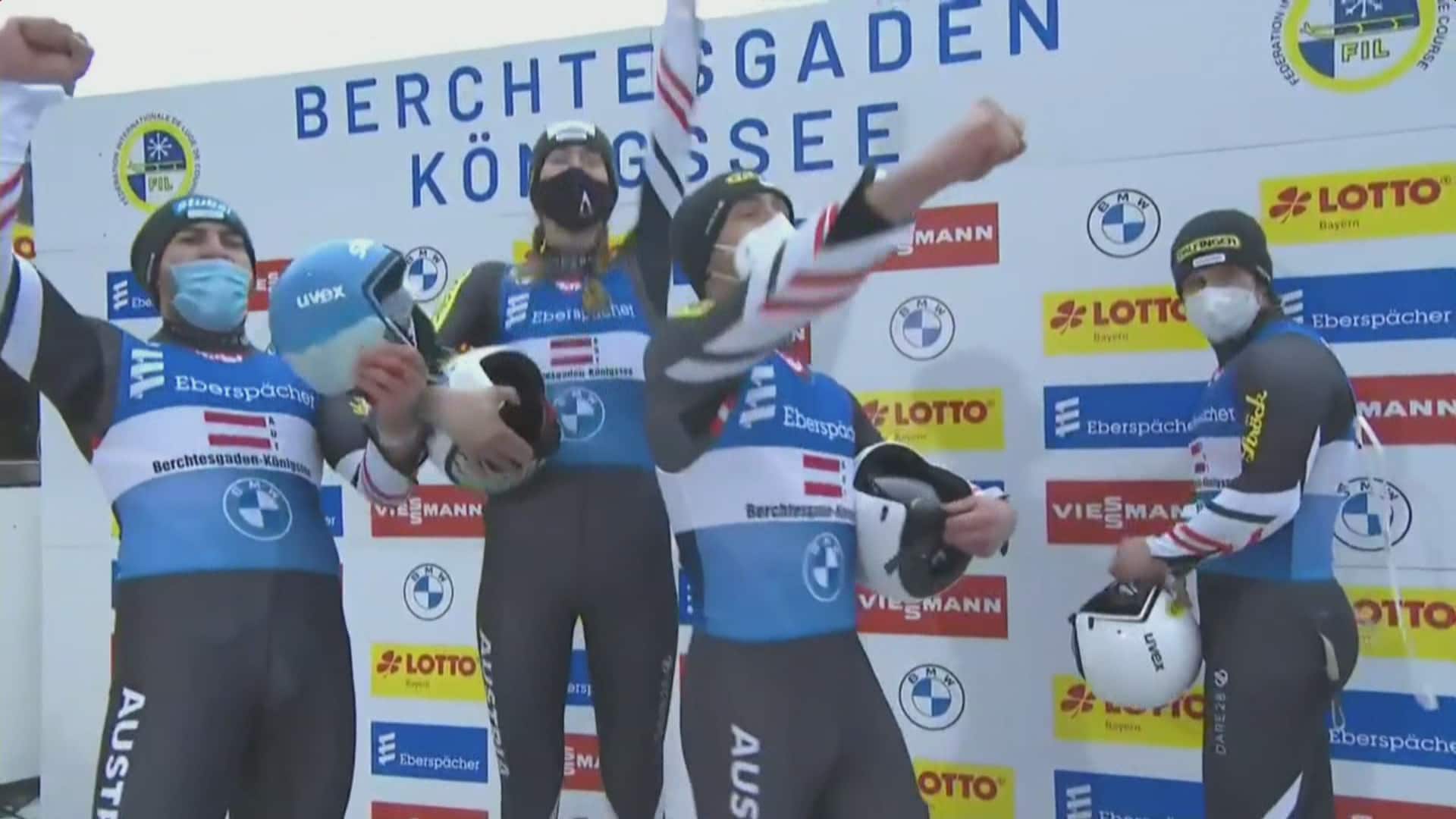 Austria won its first Team Relay World Cup luge event of the season Sunday in Konigssee, Germany crossing the line with a time of 2:42.729 3:36 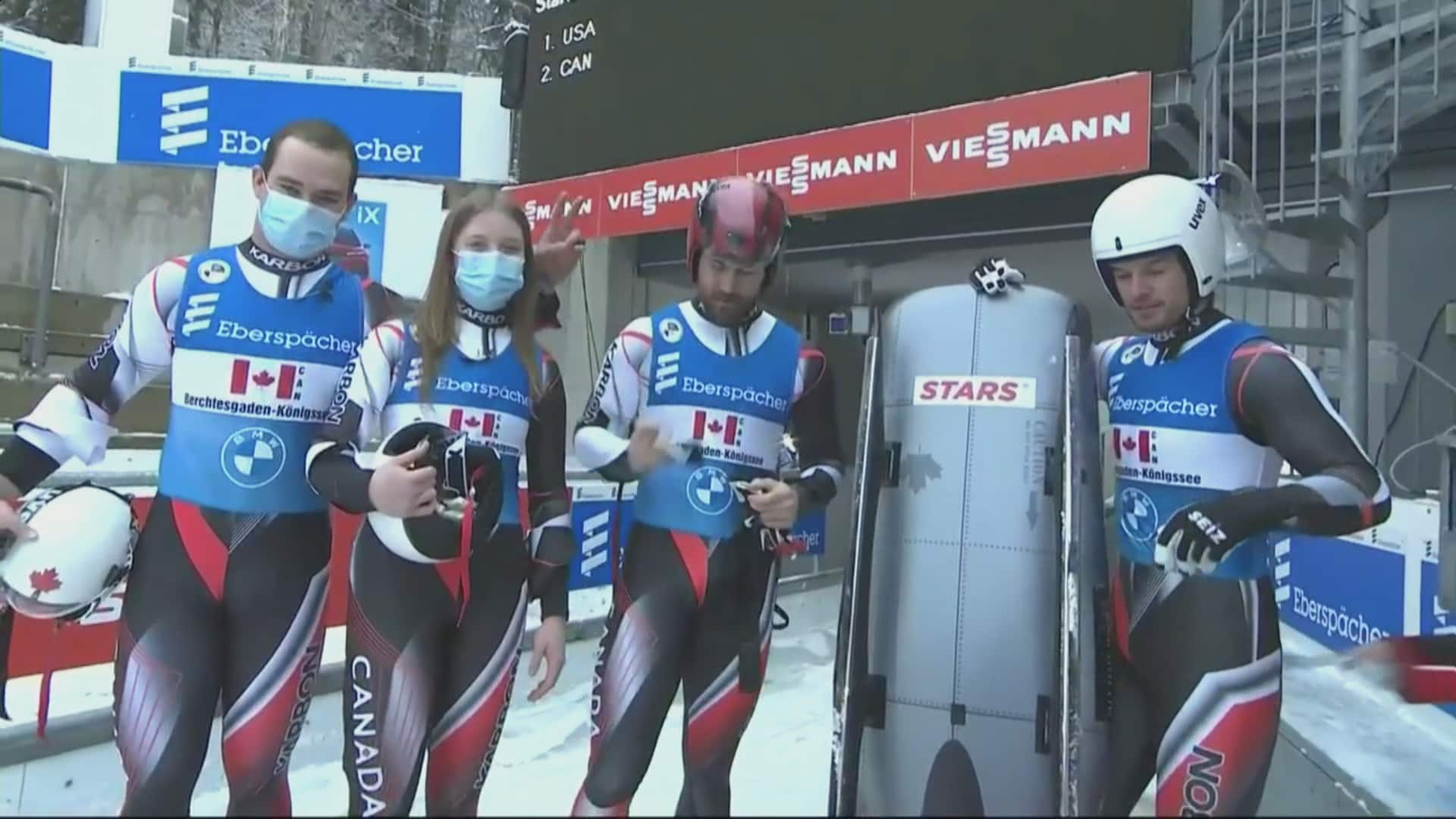 Canada placed eighth Sunday at the FIL Luge World Cup team relay event in Konigssee, Germany crossing the line with a time of 2:45.993 4:02