Between 41 and 57 per cent of fin whales in the Gulf of St. Lawrence are getting entangled in fishing gear, a problem previously identified mainly in right whales and humpbacks, according to new research that relied on drones. Scientists say the rates are likely comparable for blue whales as well.

The finding upends previous estimates of entanglements of around 10 per cent and suggests the world’s largest whales are also at risk from fishing gear in the Gulf.

“Entanglement in fishing gear is a problem not only for North Atlantic right whales and humpbacks but also for blue and fin whales,” said Christian Ramp, a biologist with Fisheries and Oceans Canada, based in Rimouski, Que.

“The encounter rate is really high and worrisome.” 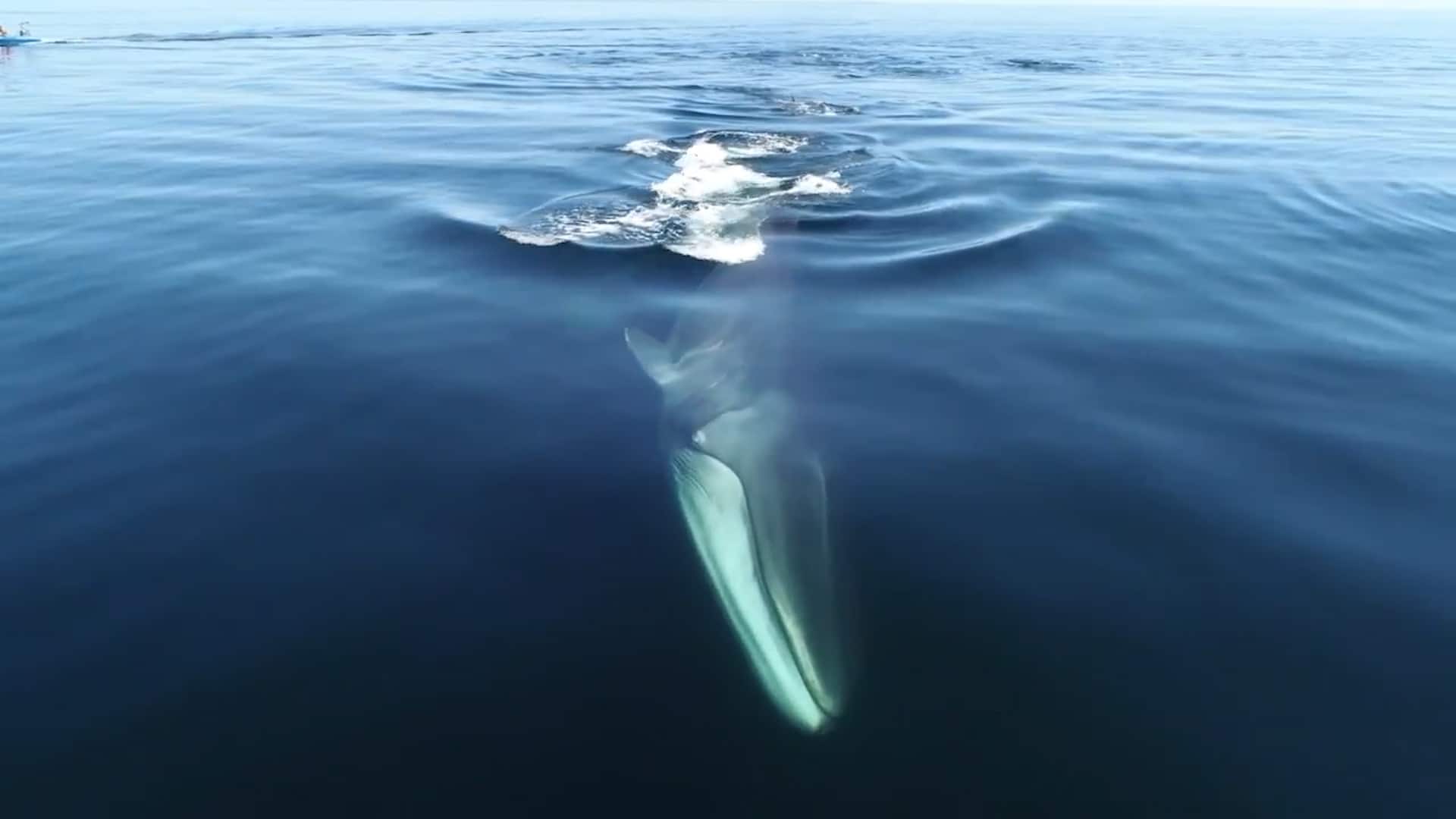 In the summers of 2018 and 2019, researchers with the Mingan Island Cetacean Study (MICS) used drones to gather more than 500 high-resolution videos of fin and blue whales north of Anticosti Island in the Gulf of St. Lawrence. 1:23

The encounter, or entanglement, rate is the percentage of whales seen with scars showing signs of previous entanglement in fishing gear.

Scientists must now try to assess the consequences of those higher entanglement rates, Ramp said.

Rates have been underestimated

The paper does not say how many of the whales die as a result of the entanglements.

“This study provides clear indication that the occurrence of entanglement in fin whales is higher than previously estimated. We suggest that this likely applies to blue whales as well,” the paper states.

“Approximately half of the fin whales investigated had scars from previous entanglements. While we do not know the outcome of most entanglements, we know that some result in fatality.”

Why drones made a difference

In the summers of 2018 and 2019, researchers with the Mingan Island Cetacean Study (MICS) — a non-profit research organization — used drones to gather more than 500 high-resolution videos of fin and blue whales north of Anticosti Island in the Gulf of St. Lawrence.

Ramp was working for MICS at the time.

The aerial images revealed lacerations and scars caused by ropes that were not easily seen from the ship.

Unlike humpbacks, for example, fin and blue whales do not generally raise their tails at the surface, which can make it hard to detect the areas most prone to entanglement scarring — the tail fluke and tapering area near the tail called the caudal peduncle.

“Drone technology gives us a completely new perspective on those animals where we beforehand could only observe a small part of the body above the water,” said Ramp.

“I’ve been doing this for 25 years, and it was eye-opening.”

Closer they look, the more they see

Of 75 individual fin whales identified by the drones over a two-year period, 31 had scars from previous entanglements.

When only highest-grade drone images were examined — detailing the tail and peduncle — 23 of 42 showed signs of previous entanglement.

The study says the “most robust” estimate for fin whale entanglement rates is between 41 and 57 per cent.

Photo identification from vessels in the area between 2009 and 2016 showed entanglement rates far lower — six per cent for fin whales and 13 per cent for blue whales.

The drone only encountered two blue whales — both were in the Gulf photo identification catalog. The aerial images showed scars from entanglements that were not apparent on their vessel-based ID pictures.

The study says it is “reasonable to speculate” the entanglement rate for endangered blue whales is comparable to fin whales.

It suggests the entanglement rate for blue whales is between 41 and 60 per cent.

“Although more precise estimates using aerial imagery are required, it is clear that the occurrence of entanglements has so far been underestimated. Mitigation measures in recovery and action plans for fin and blue whales need to be revised,” the study says.

Ramp said the study points to the need for more whale friendly measures, such as “ropeless gear,”  a solution that removes vertical fishing lines from the water.

The trap and rope is attached to a buoy on the bottom that is released by an acoustic signal from the boat above. Once the buoy rises to the surface the line and trap are hauled up.

“So the question would be for the public then, are we willing to pay more, you know, a higher price for a pound of snow crab?”

Martin Mallet of the Maritime Fishermen’s Union, which represents harvesters in the Gulf of St. Lawrence, said closures and other steps imposed after the rash of right whale deaths in the Gulf have made it a safer place for all.

“The work that’s being done right now on ropeless gear and other measures is ongoing and is taking the time that it should to be developed in a reasonable and rational way,” he said.

“So this new information is not going to speed up anything that’s being done right now.”

Fin and blue whales were thought to be less at risk from entanglement for a number of reasons. Those include time spent in the open ocean and their greater size, strength and shape that allows them to break free or shed gear more easily.

Researchers don’t know the age of the scars they saw in the whales off the Quebec shore.

The study says three of the 43 fin whales observed by the drone in 2019 had fresh injuries indicating the entanglement occurred that summer — a sign that interaction with fishing gear continues.

“We need further investigation. What is the gravity of the situation? How do they affect population size?” he said.