The federal government today announced a plan to buy 7.9 million point-of-care COVID-19 tests in the months ahead — and defended a Health Canada regulatory process that has left the country with few rapid testing devices to deploy as cases mount.

Public Services and Procurement Minister Anita Anand said the order from U.S.-based Abbott Laboratories is meant to offer other testing options to Canadians at a time when the country’s testing apparatus is being severely strained.

While the U.S. Food and Drug Administration has so far approved dozens of rapid testing devices, Health Minister Patty Hajdu said such tests would only be rolled out in Canada once regulators here are sure they are safe to use.

To date, the vast majority of tests have been done at public health clinics, with samples then sent to laboratories for analysis — a process that can take days.

A point-of-care test could be administered by trained professionals in other settings. The molecular test Canada is looking to buy — the ID NOW — can produce results from a nasal swab in as little as 13 minutes.

While Canada has announced this purchase from a well-regarded U.S. firm, the test itself has not yet been approved by Health Canada for distribution. Anand said she couldn’t state when these devices will be deployed to provinces like Ontario and Quebec, where hours-long lines have been an ongoing concern.

“As with many of our agreements for equipment, tests and vaccines, we have pursued an advanced purchase agreement to secure Canada’s access to these tests conditional on Health Canada’s regulatory approval,” Anand said.

“These rapid tests will aid in meeting the urgent demands from provinces and territories to test Canadians and reduce wait time for results, which is key to reducing the spread of the virus.”

The U.S. FDA first issued an emergency use authorization (EUA) to Abbott for the ID NOW device in March — just one of 248 such authorizations the Americans have issued for testing devices since the onset of the pandemic.

Some researchers have said this Abbott device has led to false positives in a small number of cases. The FDA re-issued a revised EUA on Sept. 18, saying that the test should be administered within the first seven days of the onset of symptoms.

Conservative MP Michelle Rempel Garner, the party’s health critic, said the Liberal government has waited too long to procure rapid tests and the result has been further lockdowns, with coronavirus caseloads spiking in some regions.

“The same rapid point-of-care test that Health Canada is now looking at has been being used by our G7 allies for months. And yet, it still is not approved in Canada. Why has it taken our country so long to get this done? How many schools have had to close because we didn’t have this capability? How many hours were lost as working parents had to stand in line for a test?” Rempel Garner said.

“The Trudeau government’s complete inaction on testing is unacceptable.”

Anand said that, beyond the Abbott deal, Canada will proactively purchase other rapid tests in bulk to supply the country.

With tens of thousands of tests being done each day, the demand is high.

The announcement comes as Health Canada bureaucrats in charge of regulating new testing devices are defending the government’s response to this point.

Health experts — including Dr. David Naylor, the co-chair of the federal government’s COVID-19 task force — have for weeks been urging regulators to approve rapid testing to take the pressure off testing centres.

Health Canada regulators approved Cepheid’s Xpert Xpress SARS-CoV-2 device in late March, a test that can be used in both lab and point of care settings.

The next approval for a point-of-care device — one that could be used in a doctor’s office or a walk-in clinic — only came last week.

On Sept. 23, Health Canada approved for use in Canada the Hyris bCube — a portable device that its Guelph, Ont.-based distributor says can be used “wherever people are — anytime, anywhere.”

The regulator hasn’t yet approved any antigen tests — a different form of testing that can be easily sent to high-risk workplaces and schools to help identify positive COVID-19 cases.

In fact, Health Canada only posted guidance for antigen device manufacturers to its website today, seven months into the pandemic.

The antigen tests — which, depending on the device, use matter collected from a nasal or throat swab — don’t require the use of a lab to generate results.

While much faster, these tests are considered by some to be less accurate than the “gold standard” — the polymerase chain reaction (PCR) testing process currently in use across Canada.

Antigen testing devices like Quidel Corporation’s Sofia 2 SARS, which received emergency authorization from the U.S. FDA in May, can produce results in less than 20 minutes. As of Tuesday, Quidel’s device was listed as “under review” by Health Canada.

Antigen tests have been used in thousands of U.S. long-term care homes for months.

Speaking to reporters on teleconference about Health Canada’s progress, Dr. Supriya Sharma, senior medical adviser to the department’s deputy minister, said she doesn’t think the authorization process has been slow to this point.

She said Canada’s regulatory regime is different from what’s in place in the U.S. and the department has been focused on approving lab-based PCR testing devices.

“I don’t think we’re slow. We’ve got staff working flat out,” she said. “There’s no file sitting on anyone’s desk not being looked at.”

Sharma said it’s difficult to state exactly when the Abbott test or an antigen test will be approved for use in Canada.

“Antigen testing is our number one priority and we are doing everything that we can to review these tests to ensure they are available to Canadians,” she said.

“We have increased the efficiency and we’re streamlining those review processes. We’re committed to getting a company a decision within 40 days,” she said, adding that the pre-pandemic process often would take months to complete.

She said regulators will not be rushed, citing the risk of approving a faulty test that tells people they’re clear of COVID-19 when they’re actually infected.

“A test that doesn’t meet this criteria could have devastating consequences for Canadians,” Sharma said.

When asked if the department was reluctant to approve new devices because of past missteps, Sharma conceded Health Canada’s early decision to authorize a device from Ottawa-based Spartan Bioscience — a test that later proved faulty — resulted in some “lessons learned” for regulators. In May, the National Microbiology Lab found problems with the test that made it unreliable. 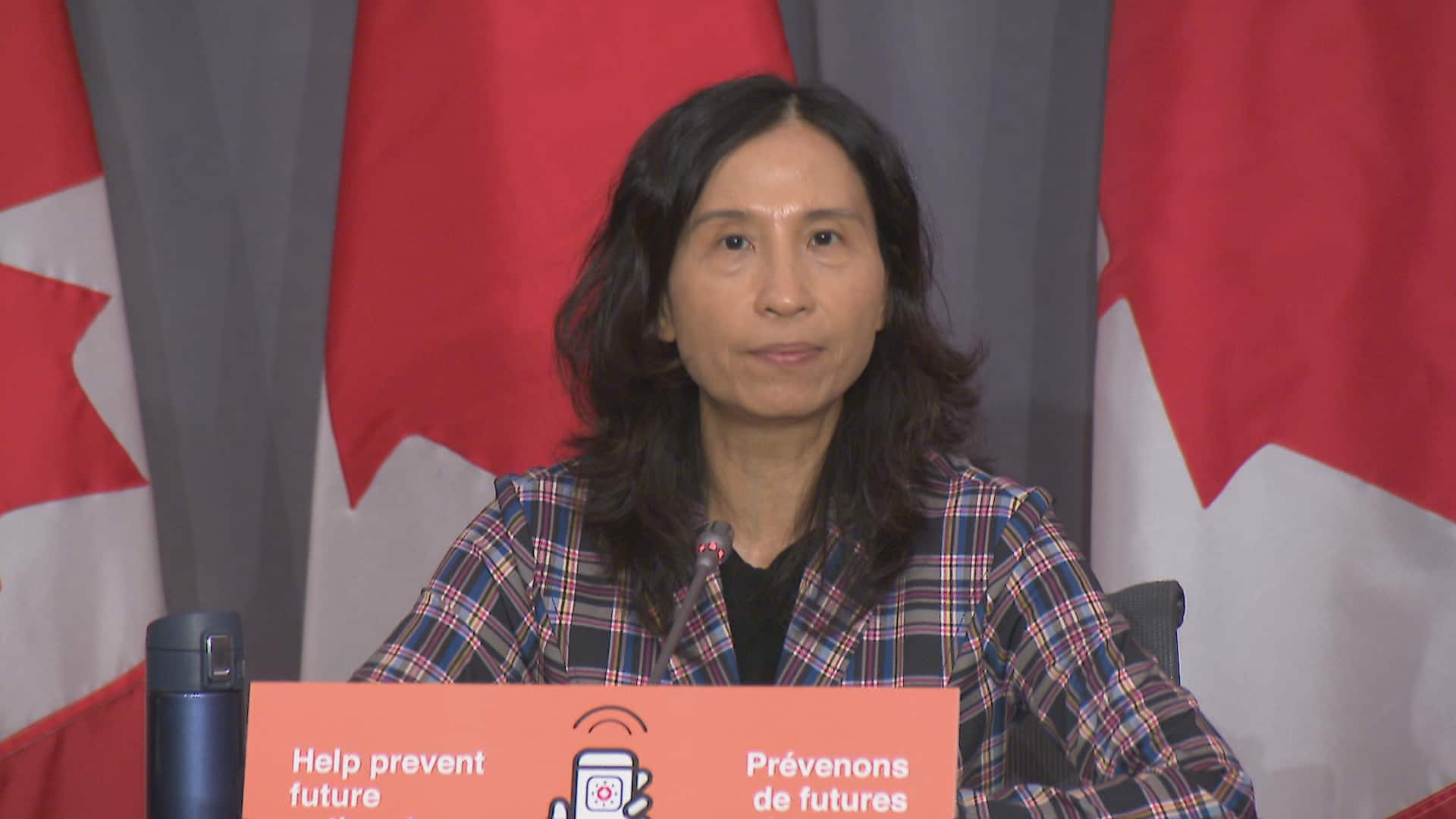 Chief Public Health Officer Dr. Theresa Tam explains why her latest advice varies from the advice she gave in March even though daily COVID-19 case counts are higher. 5:01

While Canadian regulators have not yet given the green light, the World Health Organization (WHO) announced on Monday a plan to send 120 million COVID-19 antigen tests to low- and middle-income countries over the next six months to dramatically expand access to testing in places where PCR isn’t viable due to limited laboratory capacity.

The WHO touted these tests as “highly portable, reliable and easy to administer, making testing possible in near-person, decentralized healthcare settings.”

“High-quality rapid tests show us where the virus is hiding, which is key to quickly tracing and isolating contacts and breaking the chains of transmission,” Dr. Tedros Adhanom Ghebreyesus, the director general of the WHO, said in announcing the plan.

“The tests are a critical tool for governments as they look to reopen economies and ultimately save both lives and livelihoods.”

Asked about the WHO plan after a meeting with UN officials, Prime Minister Justin Trudeau told reporters Canada would rely on its own scientists to determine which devices should be used here at home. 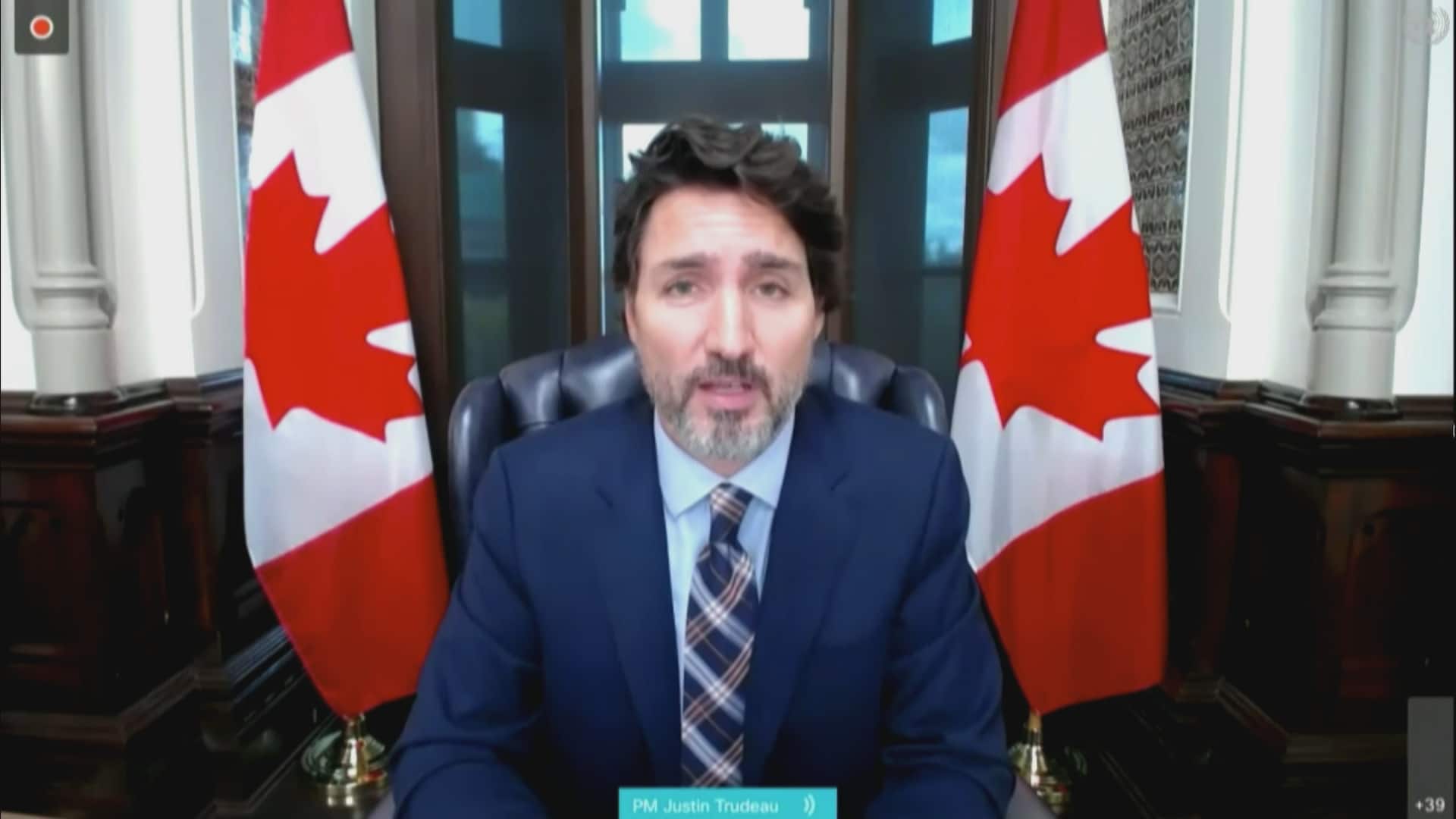 “As much as we’d love to see those tests as quickly as possible, we’re not going to tell our scientists how to do their job and do that work. We are, however, ensuring that as soon as those approvals happen, we are ready to deliver these tests across the country,” he said.

Raywat Deonandan, an associate professor at the University of Ottawa and an expert in epidemiology, said that while antigen tests can be less sensitive than PCR tests, they can be useful for “reassurance” purposes.

“If someone needs a negative test to go back to work, we’ll use this,” Deonandan said in an interview.

“We need more creative tools on the table and this is one creative tool — again, with the caveat that it matters entirely how you use it, where you use it and by whom,” he said, adding that he believes antigen tests shouldn’t be a primary diagnostic tool.

While antigen tests can be less accurate, they’re also cheap to produce and easy to administer. That means they can be used multiple times to ensure a more accurate reading — not unlike a home pregnancy test.

“The advantage of these types of tests is that you can do them frequently,” said Ashleigh Tuite, an assistant professor at the University of Toronto and an infectious disease researcher.

“You could do it the day that you were going to visit the person who you cared about and it would basically tell you at that point in time, are you infectious? That’s incredibly powerful information.

“It just makes common sense — use every tool you have.”