Serena Williams overcame erratic strokes and two set points to beat Anastasia Potapova 7-6 (5), 6-2 Friday and reach the fourth round at the Australian Open.

The surprisingly close match entertained a modest crowd in Rod Laver Arena, but government officials announced fans will be banned from the tournament for five days beginning Saturday because of a COVID-19 outbreak at a Melbourne hotel. The Grand Slam tournament had been the first in a year to allow sizeable crowds.

Williams was eliminated in the third round at Melbourne last year, and appeared destined for the same fate until the 19-year-old Potapova became unnerved. Serving at 5-4, the young Russian held two set points but double-faulted five times and was broken.

Potapova squandered another lead in the tiebreaker, committing unforced errors on the final three points. The last was perhaps the best of the match, with Williams playing spectacular defence to extend a 21-shot rally that ended when a weary Potapova misfired on a forehand.

Another wild scramble two games later swung the match even more in Williams’ direction and had her laughing before the rally ended. She chased down a drop shot at the net, retreated to retrieve a lob, and watched from near the backstop as Potapova smacked an overhead into the net.

“I definitely feel good to be in the fourth round,” she said. “It’s about surviving and playing better every round.”

Seeded 10th, she’ll next face Aryna Sabalenka, who matched her best Grand Slam showing by advancing to the round of 16 with a win over American Ann Li, 6-3, 6-1. 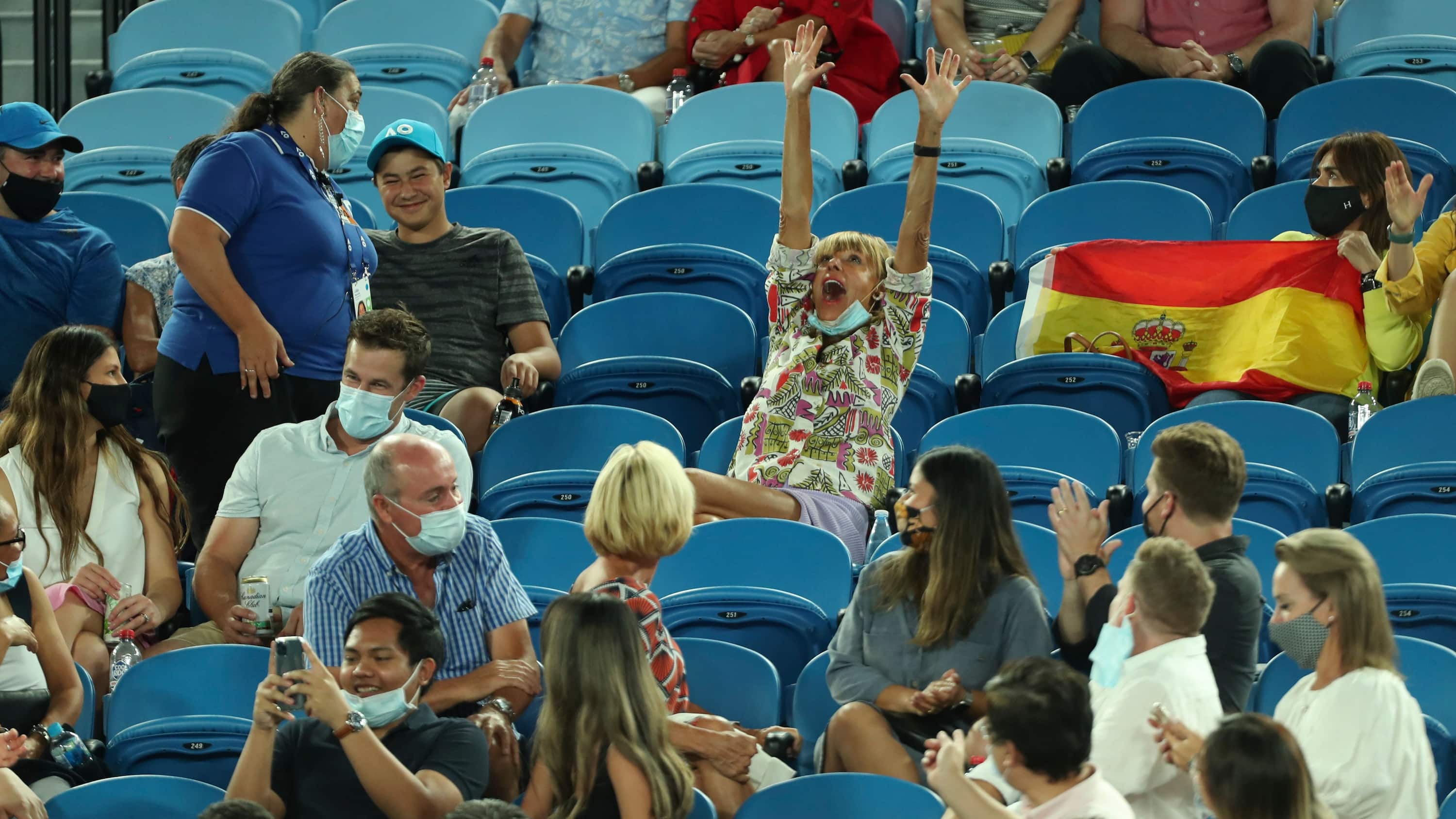 Rafael Nadal advanced to the third round of the Australian Open, defeating American qualifier Michael Mmoh 6-1, 6-4, 6-2, but he also had to deal with a fan who yelled at him and made an obscene hand gesture before security escorted her from the stadium. 5:18

Sabalenka is the only woman among the top 16 seeds who has yet to reach a major quarter-final. Her best effort previously came when she earned a fourth-round berth at the 2018 U.S. Open.

“I really want to play well in the Grand Slams, go as far as I can,” Sabalenka said. “I’m trying to come out in the big stadiums and show my best.”

The Belarusian did that by overpowering Li from the start, winning her first two service games at love and then breaking at love. Sabalenka held every serve and pounded 15 forehand winners.