Monday is the first day of a week-long Pfizer-BioNTech vaccine drought in Canada.

Canadians found out last Tuesday that Pfizer will not be sending any shipments of its COVID-19 vaccine to Canada this week. The company blames the interruption on the need to revamp its production facility in Puurs, Belgium in order to adjust to increased demand for its product.

And while Prime Minister Justin Trudeau said in a tweet that Pfizer’s CEO has personally reassured him that Canada remains on track to receive four million doses by the end of March, the sudden change in plan has several provinces scrambling to readjust their vaccine rollout scheduling.

Both the Pfizer-BioNTech and Moderna vaccines require two shots, within a few weeks of each other.

In the wake of the supply interruption announcement, Saskatchewan became the latest province — and sixth Canadian jurisdiction overall — to reveal it would stretch the time frame between first and second doses of the Pfizer-BioNTech vaccine beyond the 21 days recommended by the drug company itself.

Jurisdictions that are delaying second doses:

New Brunswick: up to 42 days

Saskatchewan: up to 42 days

In a news release, the province cited guidance from the National Advisory Council On Immunization (NACI) that the interval between first and second doses could be extended up to 42 days.

“Saskatchewan will be implementing those recommendations of up to 42 days where operationally necessary,” the release said.

And that necessity may come sooner than later. At a news conference soon after the Pfizer delay was announced, Saskatchewan premier Scott Moe said he expected the province would “run out of vaccines” within a few days, based on the current pace of deliveries.

Health officials in Manitoba are also flagging the possibility that they may run out of vaccines.

In an email to CBC News, a provincial spokesperson said Manitoba is dealing with the break in Pfizer shipments by “matching appointments with available supply,” and intends to keep every first and second dose appointment already made.

But without additional shipments, the spokesperson said, Manitoba will use all its available Pfizer-BioNTech vaccine by February 7.

WATCH | The scramble to manage vaccine doses during Pfizer delay: 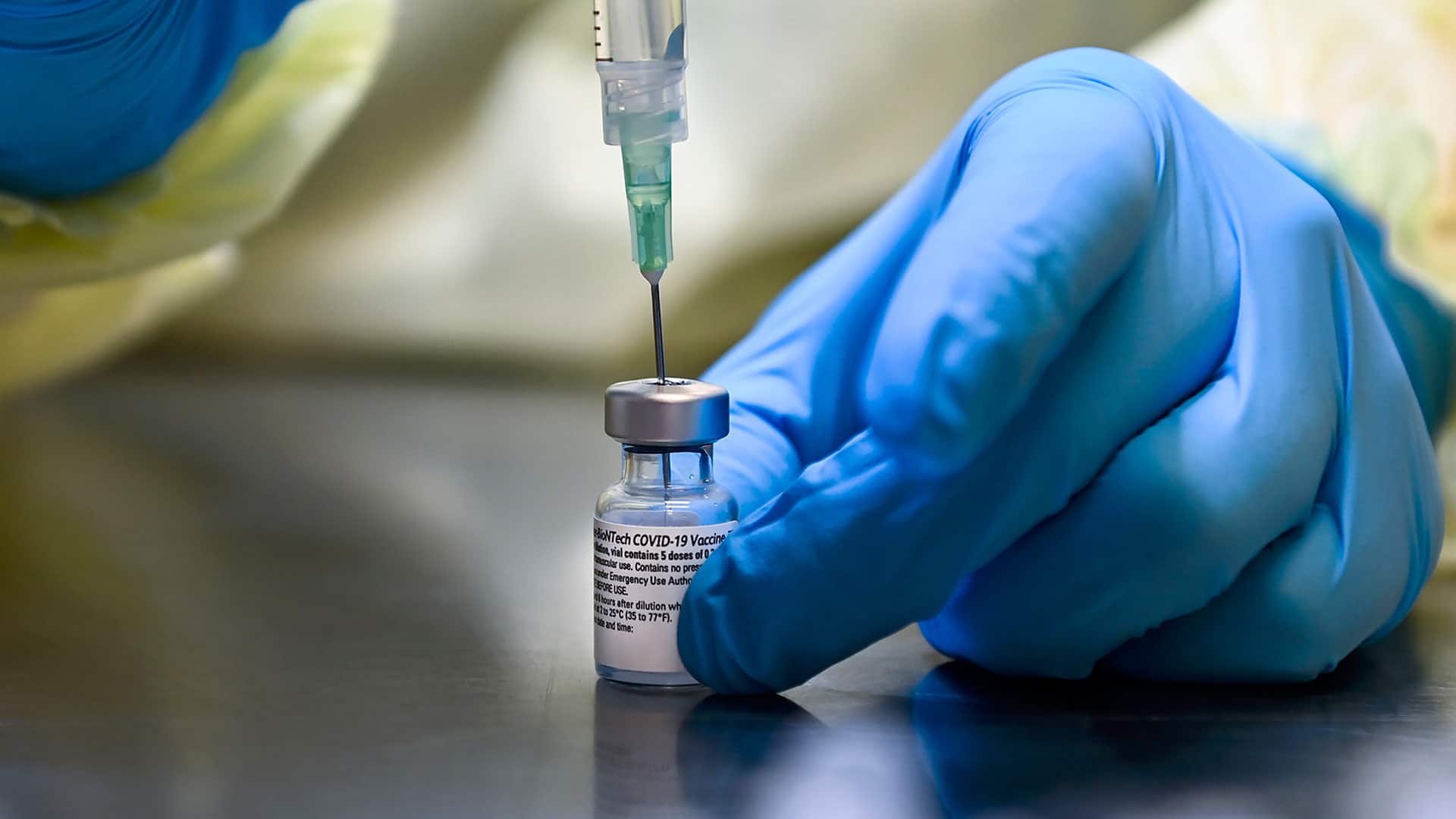 Pfizer told Canadian officials there would be delays in deliveries of its vaccine, but the delays now mean Canada will receive zero Pfizer-BioNTech vaccines next week. It’s left provinces scrambling to manage the doses they have left. 2:42

Authorities in Alberta, British Columbia and Ontario are readjusting their schedules to provide more second dose shots during the Pfizer-BioNTech interruption.

They are among provinces that decided not to hold back large numbers of the vaccine, reserving them for second doses. That means this break in supply has them reprioritizing how they use the doses they have.

Health Minister Adrian Dix said in a news conference that any available Pfizer-BioNTech vaccine will go toward completing first doses in long-term care homes, and beginning to give second doses. He said second doses will make up a higher percentage of doses administered over the next few weeks.

In Alberta, it’s a similar scenario. All first dose appointments have been postponed, and health officials say they’re turning their attention to delivering second doses.

While Alberta is not regularly reporting second dose vaccination numbers, new data from the Public Health Agency of Canada (PHAC) released Friday showed the province had administered 4,075 second doses, cumulatively, by the week of January 16.

In a news conference on Thursday, Alberta’s chief medical officer of health Dr. Deena Hinshaw reiterated a promise that her team would do its “utmost” to ensure everyone who received a first dose in that province would receive a second dose within 42 days.

Ontario’s chief medical officer of health announced people who received a first dose would now receive a second dose up to 42 days later.

The exception: people in long-term care homes and high-risk retirement home residents, their essential caregivers and staff in those homes. That group is supposed to receive their second doses no later than 27 days apart. 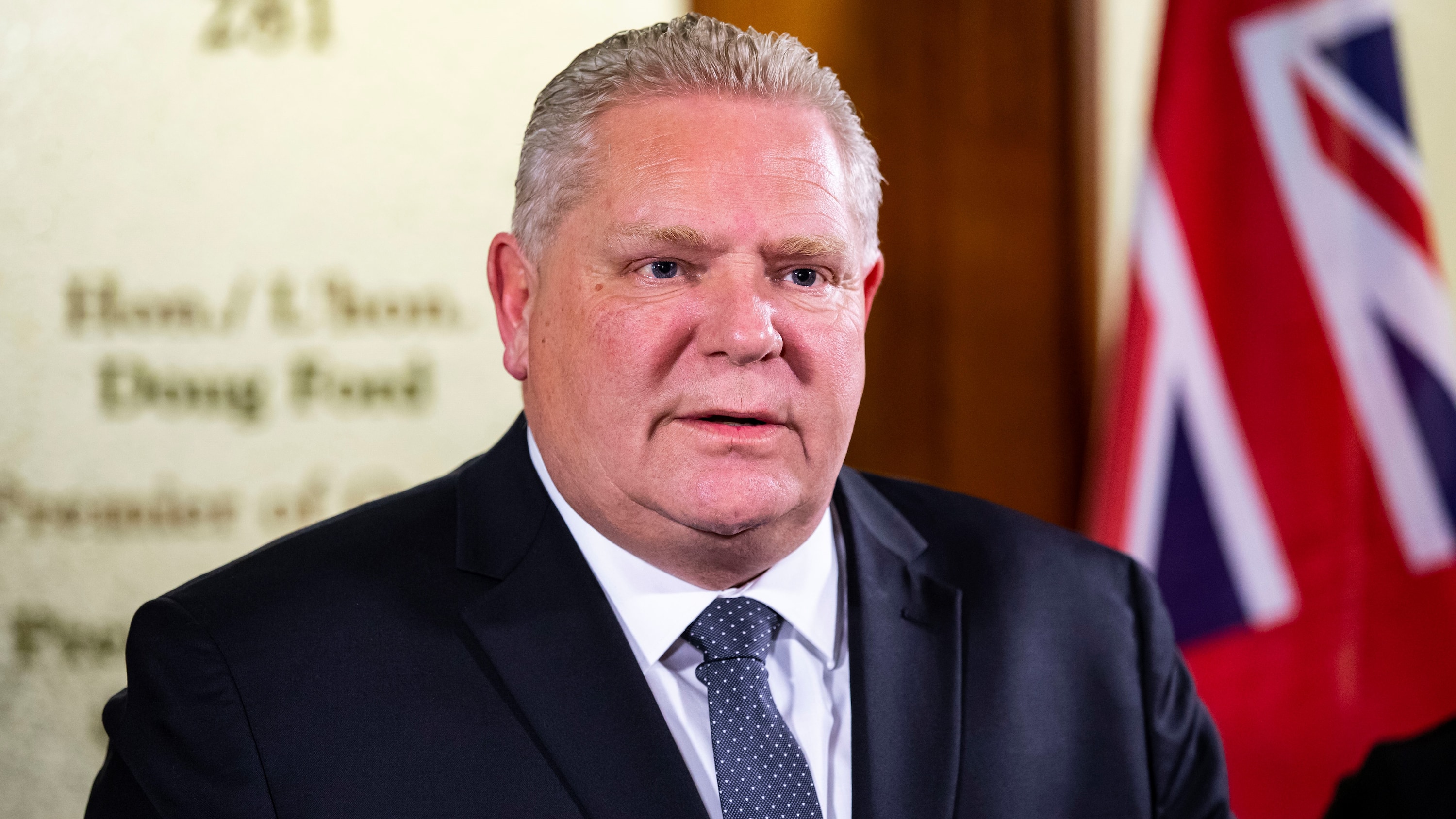 Ontario Premier Doug Ford said he’s angry that other countries will still get the Pfizer-BioNTech COVID-19 vaccine while supplies to Canada slow down. ‘We’ve got to be on these guys like a blanket,’ said Ford of Pfizer. 1:37

Authorities in Quebec have said their priorities are virtually unchanged.

Soon after the supply interruption was announced, the Quebec health ministry said its plan to complete first-dose vaccinations for people living in long-term care by Monday, Jan. 25, was still on track.

On Sunday, the ministry released a statement saying its plans to begin the second phase of its vaccination program — ramping up shots in private seniors residences — has now been delayed because of the temporary stoppage in Pfizer-BioNTech shipments.

Officials in Quebec have faced opposition, even a lawsuit, over their plan to stretch the timeline between first and second doses of the Pfizer-BioNTech vaccine up to 90 days.

In the Atlantic provinces, the practice of holding back vaccines for second doses and building buffers of extra time for potential interruptions in supply are preventing the need for major changes to vaccine rollouts during the supply slow-down.

Prince Edward Island is the first province or territory to reach a vaccination rate of one per cent of its population. Health authorities started second-dose vaccinations there during the first week of January.

In a news release, provincial health authorities had promised everyone living and working in long-term care and community care facilities will have received their first dose by Sunday. They are set to begin receiving their second doses this week.

A provincial spokesperson for New Brunswick told CBC News in an email that the province plans to use its “existing Pfizer-BioNTech supply” to conduct second-dose clinics over the next two weeks.

“Knowing that hold-ups can happen, our plan has always taken into account that 2nd doses would be administered within 28 days and in many cases our inventory has been managed accordingly,” wrote Shawn Berry.

He said their logistics plan had a built-in “14-day window,” that would allow them to meet the time-frame of 42 days between doses, if needed.

Nova Scotia will keep holding back second doses until it is guaranteed there will be no interruption in supply.

And in Newfoundland and Labrador, there are plans to redistribute some Pfizer-BioNTech vaccines to long-term care and personal-care homes to make up for the delay of about 7,800 doses that will not arrive this week.

Yukon, Northwest Territories and Nunavut are not affected by the Pfizer-BioNTech interruption, because they are only using doses of the Moderna vaccine.