Ten teams have been trimmed down to eight as the semifinals of the pro swimming tour kick off Saturday from Budapest, where the entire season has been played from a bubble.

Each semifinal takes place over two days and you can catch it all on CBCSports.ca. The first semi goes Saturday and Sunday at 6 a.m. ET, while the second starts at noon on Sunday and Monday. For highlights and additional coverage, tune in to CBC Sports’ Road To The Olympic Games on CBC-TV Saturday at 2 p.m. and Sunday at 1 p.m. Click here to watch all the semifinal races.

Here’s everything else you should know:

Four teams will advance to next week’s final. Each ISL match consists of four teams and the championship races are no different. The eight lanes in each race consist of two swimmers per team, with points allocated for each placement. There’s an equal split of men’s and women’s races with equal prize money, and each meet also has two mixed relays. The top two teams in each of this weekend’s semifinals will reach the final.

Energy Standard is the team to watch. The defending champions are also the top seed in these playoffs, edging out the Cali Condors by just four points per meet before a big dropoff to the No. 3 London Roar. The Standard are joined by the Roar, No. 5 Tokyo Frog Kings and No. 8 New York Breakers in the first semifinal. The second semi features the Condors along with the No. 4 Los Angeles Current, No. 6 Iron and No. 7 Toronto Titans. The DC Trident and Aqua Centurions missed the playoffs.

Almost all Canadian interest lies with the Titans. Not only are they the lone Canadian-based club, but they also boast by far the most Canadian swimmers with 11. The expansion Titans spent their inaugural season without Penny Oleksiak and Kayla Sanchez, who opted out due to pandemic and injury concerns, respectively.

Kylie Masse, the 2016 Olympic bronze medallist and current world champion in 100-metre backstroke, won each of her four races in the discipline and led the team with 143.5 regular season points. These races are a bit different than usual, though, with 25-metre lengths as opposed to 50. Fellow Canadian Kelsey Wog was the team’s other standout, taking victories in each of her four 200 breaststroke races. Americans Blake Pieroni and Shane Ryan led the way for the Titans on the men’s side.

The feel-good story of the Titans season was Brent Hayden, who ended a seven-year retirement last November and is swimming in his first ISL season while anchoring the Titans’ men’s 4×100 freestyle relay team. Read more about Hayden’s inspirational comeback here.

Sydney Pickrem, one of seven Canadians not playing for Toronto, recently set a national record in the 400 individual medley with a time of four minutes, 25.9 seconds.

Like any pro sports league, there’s award races to watch out for. But unlike other leagues, the MVP race is cut and dry: whoever ends the season (regular and playoffs included) with the most points wins the award. No arguments about the meaning of “value.” Cali’s Caeleb Dressel, last season’s runner-up, is the current leader with 277 points, and should hold on for the victory. Finals MVP is also awarded to the top swimmer of the championship meet. In 2019, Energy’s Sarah Sjostrom was regular season MVP while Dressel took Finals MVP honours. The Swedish freestyle and butterfly specialist is looking to flip the script in 2020. 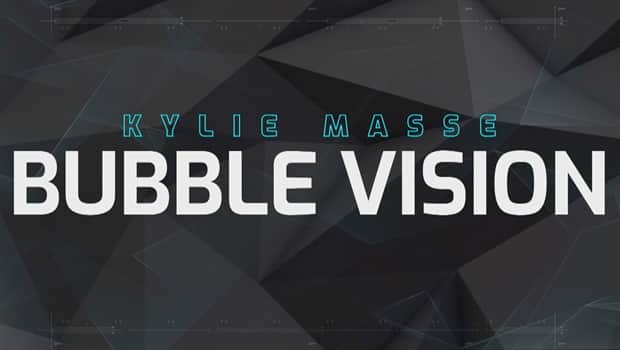 Toronto Titans swimmer Kylie Masse of LaSalle, Ont., takes us on a tour of the International Swimming League’s “bubble” in Budapest. 1:14

Kim Ng became the first female general manager of an MLB team. The 51-year-old also became the first Asian-American to lead an MLB team when she was hired by the Miami Marlins today. It’s believed she’s the first woman to hold the position for an American pro sports franchise. In 1989, Jo-Anne Polak of St. John’s, N.L., broke the pro sports barrier when she served as GM of the CFL’s Ottawa Rough Riders.

Ng (pronounced Ang) has been around baseball since 1990, working for the White Sox, Yankees and Dodgers front offices before moving to the commissioner’s office in 2011. Ng was with the Yankees when Marlins CEO Derek Jeter played there between 1998-2001. Now, she’ll take over a Miami team that just made the playoffs for the first time since 2003. “When I got into this business, it seemed unlikely a woman would lead a major league team, but I am dogged in the pursuit of my goals. My goal is now to bring championship baseball to Miami,” Ng said. Read more about the groundbreaking hire here.

The Masters is setting up for an interesting weekend. Augusta has yielded plenty of birdies thus far, and it means co-leaders Justin Thomas, Dustin Johnson, Abraham Ancer and Cameron Smith are in the clubhouse at 9-under for the tournament. The projected 1-under cut will be the lowest in Masters in history. As of our publish time, pre-tournament betting favourite Bryson DeChambeau was a stunning 2-over while Tiger Woods was off to a solid start in his second round. The Canadian contingent, meanwhile, is battling just to make the cut, with Nick Taylor in at even-par and the other three (Corey Conners, Adam Hadwin, Mike Weir) hovering around the cutline. Second-round play is expected to trickle into Saturday morning. Click here to view the current leaderboard.

Vasek Pospisil is on the verge of his first career ATP Tour title. The 30-year-old Canadian took advantage of a relatively weak field at the season-ending Sofia Open, and won the final 11 games against world No. 49 Richard Gasquet today to reach the final. Pospisil will face 19-year-old Italian Jannik Sinner, ranked 44th, in Saturday’s championship match. Watch highlights and read more about Pospisil’s win here.

Ryan Tepera — yes, that Ryan Tepera — received a down-ballot MVP vote. When voting was released last night, there were more than a few raised eyebrows when the former Blue Jays reliever was listed eighth on the ballot of Rick Hummel of the St. Louis Post-Dispatch. Tepera, as you may remember from his Toronto days, was basically serviceable for the Cubs: he posted a 3.92 ERA in just over 20 innings, with 31 strikeouts and 12 walks. As it turns out, Hummel just made a mistake when attempting to select Nationals outfielder Trea Turner from the online dropdown list, and accidentally clicked Tepera’s name instead. But hey, the pitcher will always have that one MVP vote on his Baseball-Reference page. As for the actual winners, a pair of first basemen took the award: Atlanta’s Freddie Freeman and Chicago’s Jose Abreu. Read more about the MVP vote here.

It’s Friday the 13th. The last time that happened was in March, and you don’t need to be reminded about that week. But let’s head into the weekend on a positive note: the NHL, NBA and MLB all managed to crown champions since then, there’ll be two Olympics in the next 16 months and The Masters in November is pretty nice, as it turns out. Silver linings, or something.

This weekend on CBC Sports

We mentioned the International Swimming League above, but there’s also a couple interesting curling tournaments to keep an eye on:

Ashley Home Store Curling Classic. The field is deeper at this bonspiel, including Kevin Koe, Brad Jacobs and John Epping. Tonight, you can watch Jacobs take on Glenn Howard at 4:30 p.m. ET before Koe and Epping show down at 9 p.m. Coverage continues throughout the weekend, with playoffs beginning at 6 p.m Sunday. The semifinals and final take place Monday afternoon. Watch all the action here.