She’s a Hall of Fame trainer, but Josie Carroll will also be an amateur meteorologist this week.

On Saturday, the Carroll-trained Mighty Heart will run in the $400,000 Breeders’ Stakes at Woodbine Racetrack looking to become the first thoroughbred in 17 years to win the OLG Canadian Triple Crown. But there’s rain in this week’s forecast — 90 per cent Wednesday and 70 per cent Thursday — and that could impact the one-eyed colt’s bid to complete the historic sweep in the 1 1/2-mile turf race.

“I’m really not happy with the weather forecast,” Carroll said Monday during a media gathering at her barn at Woodbine. “Obviously it’s going to be a yielding turf.

“We did put him up on the turf the other day, it was a touch soft and he skipped right across the top. I think some of the bigger, heavier horses may dig in and it might be a little tougher on them. I think he’ll skip over the top of the course.”

One of those heavier horses will be Belichick, another Carroll trainee that will run Saturday. Belichick was second to Mighty Heart in the $1-million Queen’s Plate on Sept. 12.

There’s a definite sense of irony that Carroll’s quest for a first career Triple Crown — and Canada’s first since Wando in 2003 — could be derailed by Mighty Heart’s stablemate. Carroll is attempting to become just the fifth trainer to condition a Triple Crown winner since the series was established in 1959.

“Obviously it crossed my mind but Belichick, I think he’s a really good horse,” Carroll said. “Again, a horse that’s steadily on the improve and you can’t deny him his shot.

“It’s more a concern for me with him, the soft turf, than it would be with the more compact Mighty Heart.” 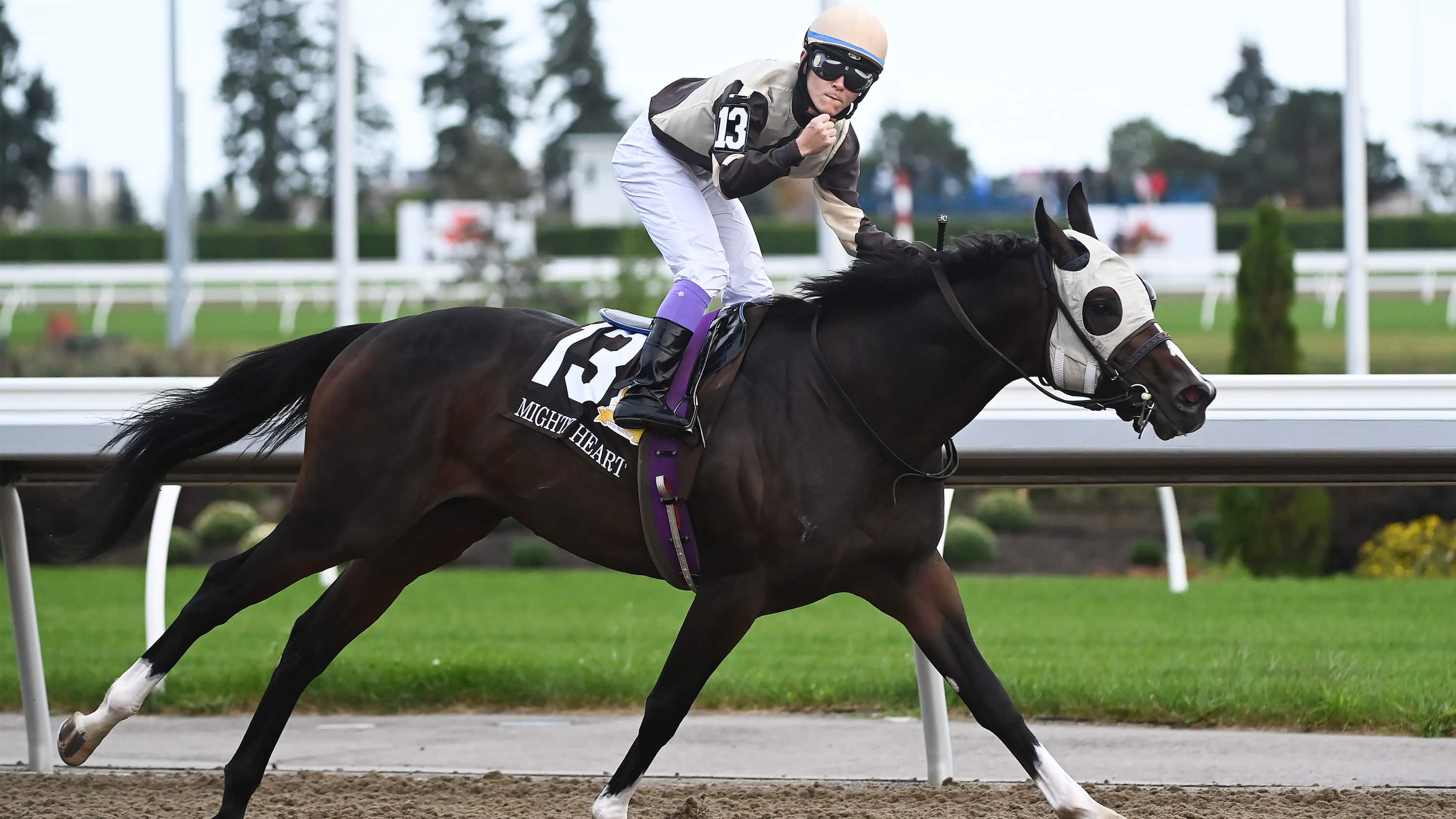 Mighty Horse, a one-eyed thoroughbred racing horse, is hoping to capture the Canadian Triple Crown. The colt, which lost an eye in a paddock accident at a young age, would be only the eighth horse in more than 60 years to win the coveted prize. Greg Ross has more. 1:51

“I saw the weather, a few days of rain,” said Daisuke Fukumoto, Mighty Heart’s jockey. “It might make the track different but it will be the same [for other horses also].

“His pedigree and everything, I think he’s OK on the grass and [over the] distance. Hopefully I get lucky. “

The COVID-19 pandemic forced Woodbine Entertainment to revamp its 2020 schedule, resulting in a more condensed 2020 Triple Crown. This year, the time between the three races — which not only cover varying distances but are also run on different surfaces — is 42 days compared to 49 days in 2019.

“It’s a Triple Crown race and that’s why we’d come back this quickly,” said Carroll. “It’s a short turnaround for these horses but [Mighty Heart] did come out of [Prince of Wales Stakes on Sept. 29] well.

“Larry [owner-breeder Lawrence Cordes] is [all] about what’s best for his horse. If I’d told him this horse hadn’t bounced out well we wouldn’t have gone.”

Cordes attended both the Plate and Prince of Wales Stakes and saw his horse register significantly different wins. Mighty Heart went wire-to-wire for a 7 1/2-length Plate victory before rallying from third off the final turn to capture the Prince of Wales as the 6-5 race favourite in Fort Erie, Ont. 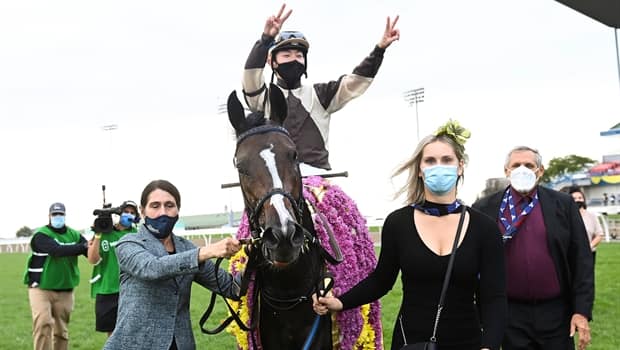 Mighty Heart followed his Queen’s Plate victory with another strong race to capture the Prince of Wales Stakes and move just one win away from the Canadian Triple Crown. 1:05

But Cordes will have to watch the Breeders’ Stakes from home. On Oct. 9, the Ontario government placed Toronto in a modified stage 2 of its pandemic recovery plan, which eliminated spectator areas at racing venues for at least 28 days.

“It’s very sad,” Cordes said. “We’ll be putting up a tent with a large projection screen [to watch the Breeders’ Stakes] but it’s absolutely not the same.

“But those [first two legs of Triple Crown] were very memorable situations. That in itself has been a blessing.”

Cordes said he’s been overwhelmed by the support Mighty Heart has received from racing fans across Canada.

“In this time of COVID, this is a boost to people,” he said. “People are just so excited and I feel the same thing, it just puts the excitement into me.

“For all of the racing fans and all of his fans, let’s make it happen. Just cheer him on, we need everything we can get.”

Mighty Heart lost his left eye in a paddock accident as a foal. After not racing as a two-year-old, he has won three of his six events in 2020 (along with a third-place finish) and earned $911,370. 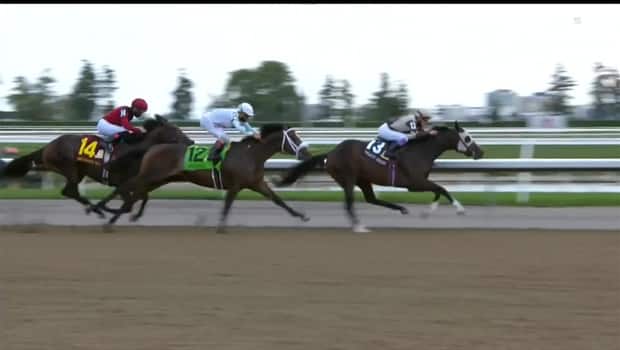 “Absolutely not,” he said. “What more has he got to prove?

“This is icing on the cake and a Triple Crown winner would be wonderful for everyone concerned. But if he loses, man, I’m happy.”

However, Carroll said her horse is very aptly named.

“He’s a little horse that’s overcome [a lot],” she said. “There’s something in racing we call heart and horses with heart are what you’re looking for moreso sometimes than horses with talent.

“Sometimes a horse with a big heart will beat a horse with more talent and I think this horse has shown he’s got that in spades.”