An election systems worker driven into hiding by death threats has filed a defamation lawsuit against U.S. President Donald Trump’s campaign, two of its lawyers and some conservative media figures and outlets.

Eric Coomer, security director at the Colorado-based Dominion Voting Systems, said he wants his life back after being named in false charges as a key actor in “rigging” the election for president-elect Joe Biden. There has been no evidence that the election was rigged.

“I have been thrust into the public spotlight by people with political and financial agendas but, at heart, I am a private person,” Coomer said in a statement.

“While I intend to do everything I can to recapture my prior lifestyle, I have few illusions in this regard,” he said. “And so, today, I put my trust in the legal process, which has already exposed the truth of the 2020 presidential election.”

Dominion, which provided vote-counting equipment to several states, has denied accusations that it switched Trump votes in Biden’s favour, and no evidence has emerged to back those charges up.

Dominion and another voting technology company, Smartmatic, have begun to fight back against being named in baseless conspiracy theories. After legal threats were made, Fox News Channel and Newsmax in recent days have aired retractions of some claims made on their networks.

There was no immediate comment from those named in the lawsuit.

His lawyers said Coomer has become “the face of the false claims.” Coomer’s name first got public exposure in a podcast by Oltmann, who claimed to have heard a strategy call of Antifa activists. When the prospect of a Trump victory was brought up, Oltmann said a man identified as “Eric from Dominion” supposedly said “don’t worry about the election, Trump is not going to win. I made … sure of that,” adding an expletive. 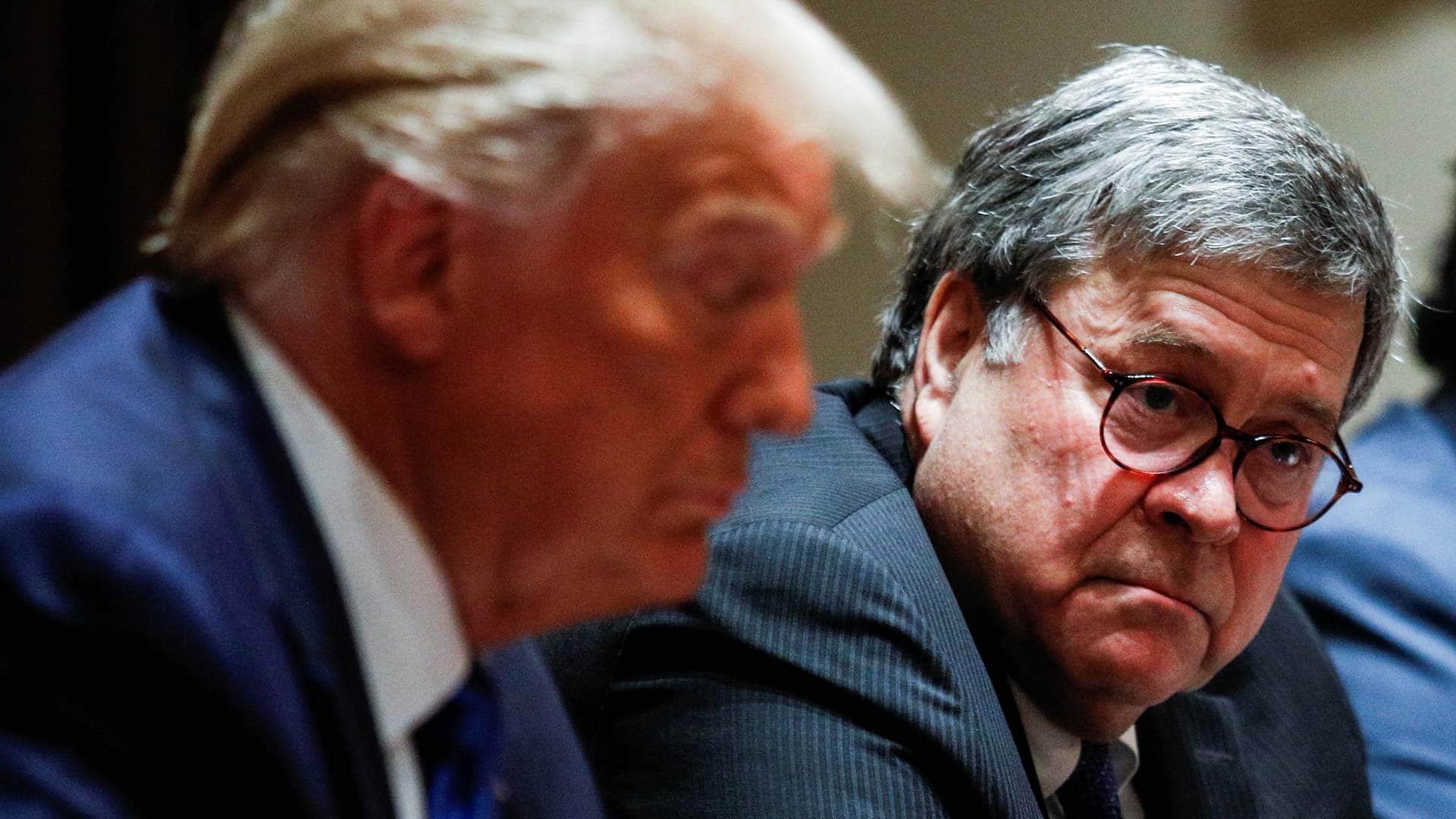 Putting a wider gap between himself and U.S. President Donald Trump, Attorney General Bill Barr said at his last news conference that he has no intention of looking into conspiracy theories of widespread voter fraud or investigating Hunter Biden, son of president-elect Joe Biden. 1:44

In an opinion piece written for the Denver Post, Coomer wrote that he has no connections to Antifa, was never on any call and the idea that there is some recording of him is “wholly fabricated.”

The fact-checking website Snopes said Oltmann hasn’t co-operated in any attempts to verify his claims.

Oltmann’s charges spread after he was interviewed by Malkin and Gateway Pundit. Eric Trump tweeted about them. OANN, and its White House correspondent Chanel Rion, reported on them. Powell, misidentifying Coomer as working for Smartmatic, said at a news conference that Coomer’s “social media is filled with hatred” for Trump, and she later repeated her charges in a Newsmax interview.

Giuliani, at a news conference, called Coomer “a vicious, vicious man. He wrote horrible things about the president…. He is completely warped,” according to the lawsuit.

Fox News Channel, another network popular with Trump supporters, is not being sued and Coomer actually uses Fox’s Tucker Carlson to buttress his case. The lawsuit notes a scheduled Powell appearance on Carlson’s show did not happen after she could not provide evidence for her charges.

He said his father, an Army veteran, received a handwritten letter asking, “How does it feel to have a traitor for a son?”

“It’s terrifying,” Coomer said. “I’ve worked in international elections in all sorts of post-conflict countries where election violence is real and people are getting killed over it. And I feel that we’re on the verge of that.”