A Digby County, N.S., man has been charged after an assault on Sipekne’katik First Nation Chief Mike Sack on Wednesday in the midst of an ongoing dispute over the lobster fishery.

The alleged assault occurred in New Edinburgh, one of two locations where several hundred commercial fishermen and their supporters raided a lobster facility on Tuesday evening. Mi’kmaw fishers had been storing their catches in the building.

The raids come after weeks of unrest in the province’s southwest, sparked by the launch of a “moderate livelihood” lobster fishery by the Sipekne’katik band outside the federally mandated commercial season.

During the night of unrest, lobster was destroyed, a lobster pound was damaged, a van was set on fire and another vehicle was vandalized.

Footage from Wednesday shows a man grabbing and shoving Sack during an altercation at the lobster pound in New Edinburgh.

Sack said on Thursday that he had hired lawyers and would be pursuing legal action against any individuals or groups “that are interfering with our right to fish” — including the man who grabbed and shoved him. 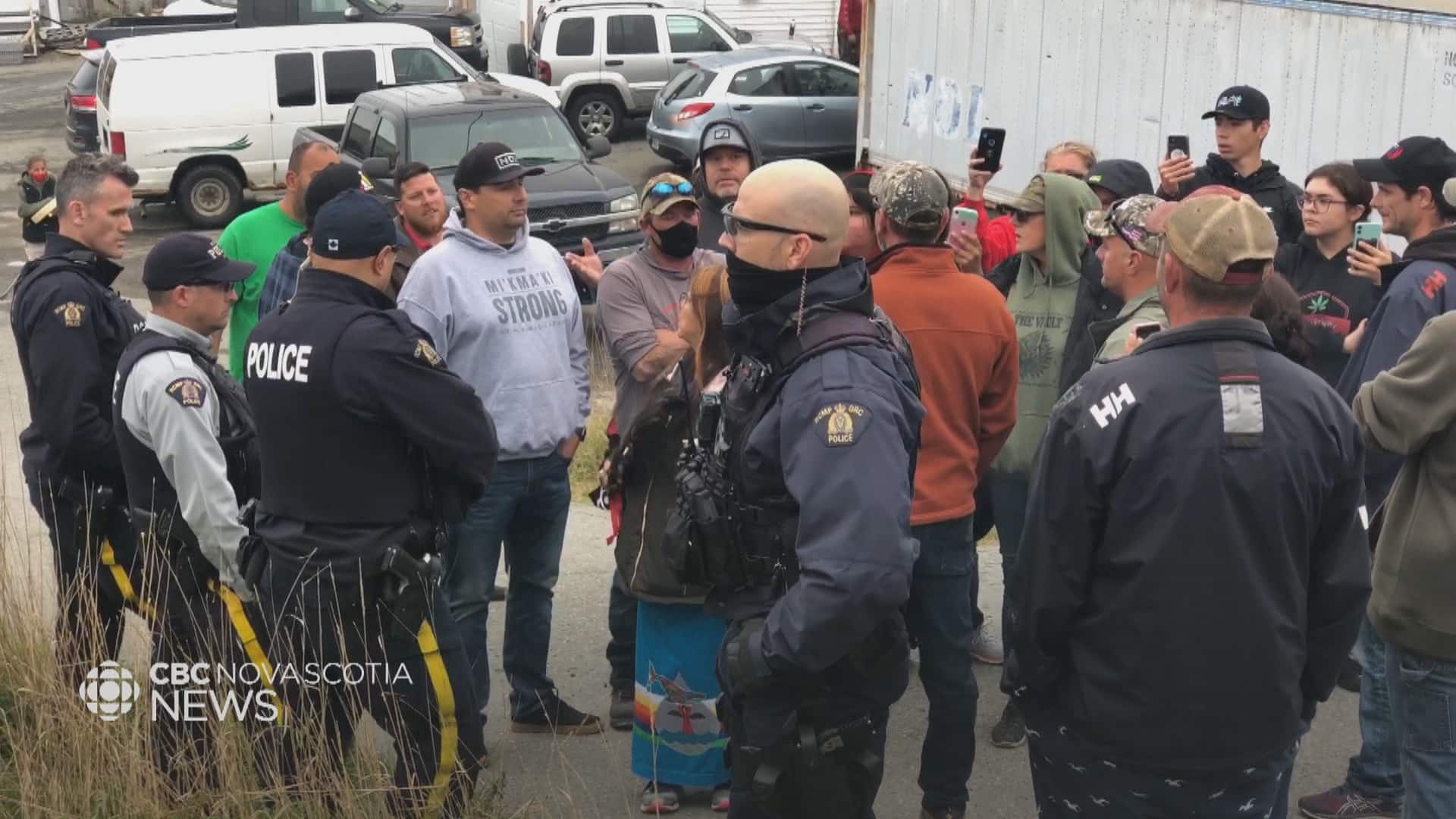 For a second day, commercial fishermen have surrounded a lobster pound near Digby that holds lobster harvested by members of the Sipekne’katik band, as tensions continue to rise between the groups. The CBC’s Paul Withers reports. 3:09

RCMP from the Meteghan detachment arrested Chris Gerald Melanson, 46, on Friday and charged him with assault.

He has been released from custody, with certain conditions, and is expected to appear in provincial court in Digby on Dec. 21.

Police said the investigation is continuing.

“The Nova Scotia RCMP will continue to take steps to ensure that those who unlawfully interfere with or threaten the safety of any person or property may be held accountable in accordance with the laws of Canada,” a statement from the RCMP said Saturday.

Anyone with information on the assault is asked to contact Meteghan RCMP at 902-645-2326. Those who want to remain anonymous may call Nova Scotia Crime Stoppers toll free at 1-800-222-TIPS (8477), submit a secure web tip or use the P3 Tips App.