The Ottawa Senators are working hard to dig themselves out of a deep early-season hole. But it’s proving difficult.

Ottawa outshot Edmonton 42-22 Tuesday, including 30-10 over the last two periods, and held Oiler big guns Connor McDavid and Leon Draisaitl off the scoresheet for the first time in 11 games.

Goals by defenceman Darnell Nurse, Evan Bouchard and Tyson Barrie were enough to lift Edmonton to a 3-2 win over the Senators.

“I thought right from the get-go we were jumping,” said Sens coach D.J. Smith. “Third period we had a great push. I thought we were probably the better team all the way through the night … We asked the guys to be ready and they were ready tonight.”

The win moved the Oilers (8-7-0) above the .500 mark for the first time this season, largely due to their success against Ottawa (2-11-1), which came into the game leading the league in hits but not much else.

It marked the fourth meeting between the two in 10 days. Edmonton won the first three — 8-5 and 4-2 in Edmonton and 3-1 Monday at the Canadian Tire Centre. They will meet five more times during the regular season.

“The tale of the tape tonight is our defence came through and got big goals for us and we found a way to win,” said Edmonton coach Dave Tippett.

“Ottawa, you’ve got to give them credit. They worked hard,” he added. 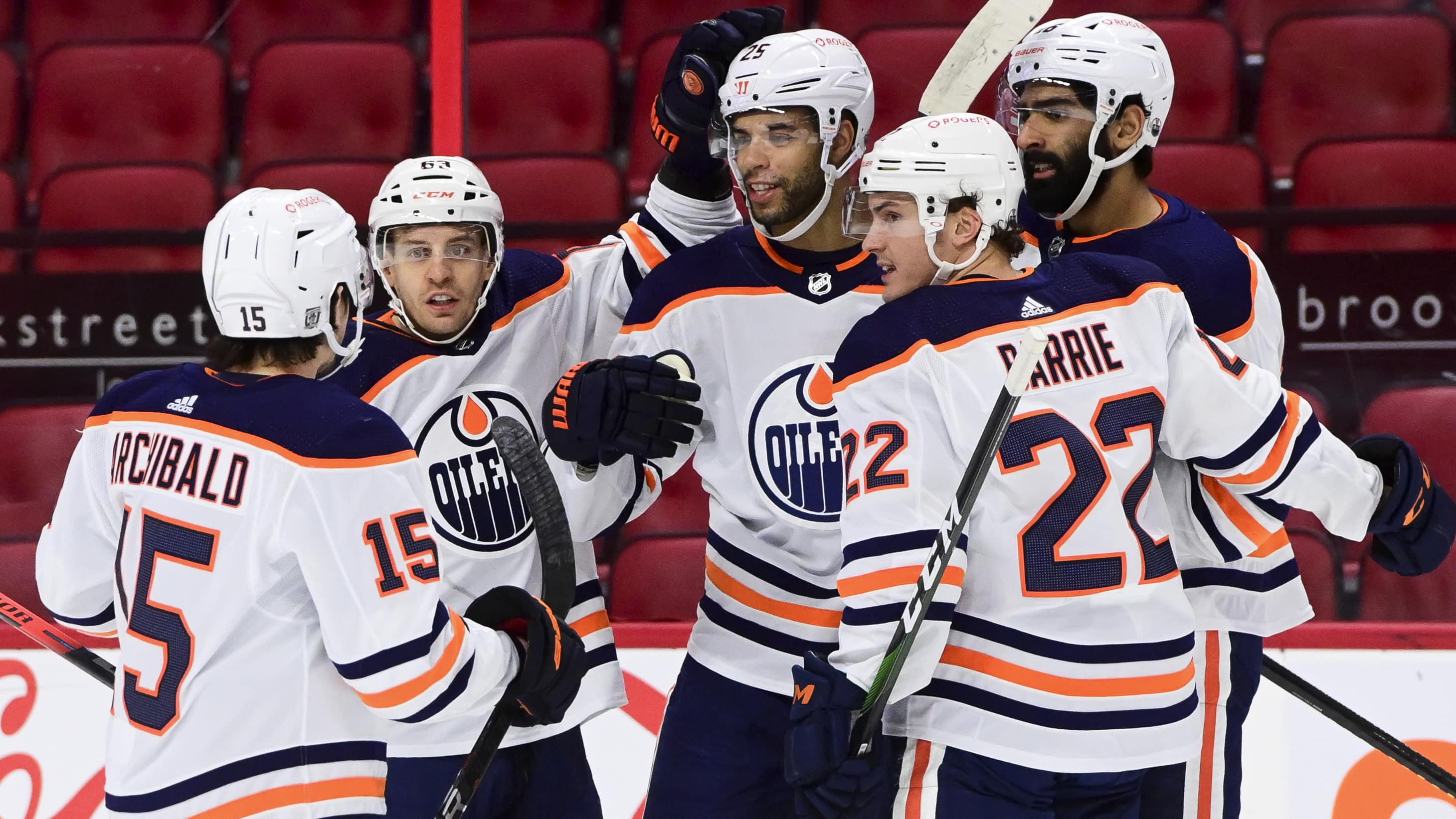 “There wasn’t really a guy that I could say I didn’t like his game, tonight,” said Smith. “I think everyone came to win.”

For the second night in a row, the Senators battled hard but without much to show for it. Conceding a couple of weak goals didn’t help.

Ottawa replaced goaltender Marcus Hogberg with Matt Murray at 3:53 of the second period after the Oilers went up 3-1. Hogberg stopped 10-of-13 shots.

Trailing 3-1 going into the third, the Sens cut the deficit to one when a stretch pass from Mike Reilly sent Dadonov in on a breakaway. He beat Mikko Koskinen at 1:20 for his second goal in as many nights.

Ottawa has lost three straight and 12 of its last 13 — including 11 in regulation. Its lone wins came in the season opener Jan. 15 against Toronto and Feb. 4 against Montreal.

Edmonton has won two straight and five of its last six.

“I liked the way we hung around. We scored timely goals, we got timely saves and we found a way to get the two points,” said Tippett. 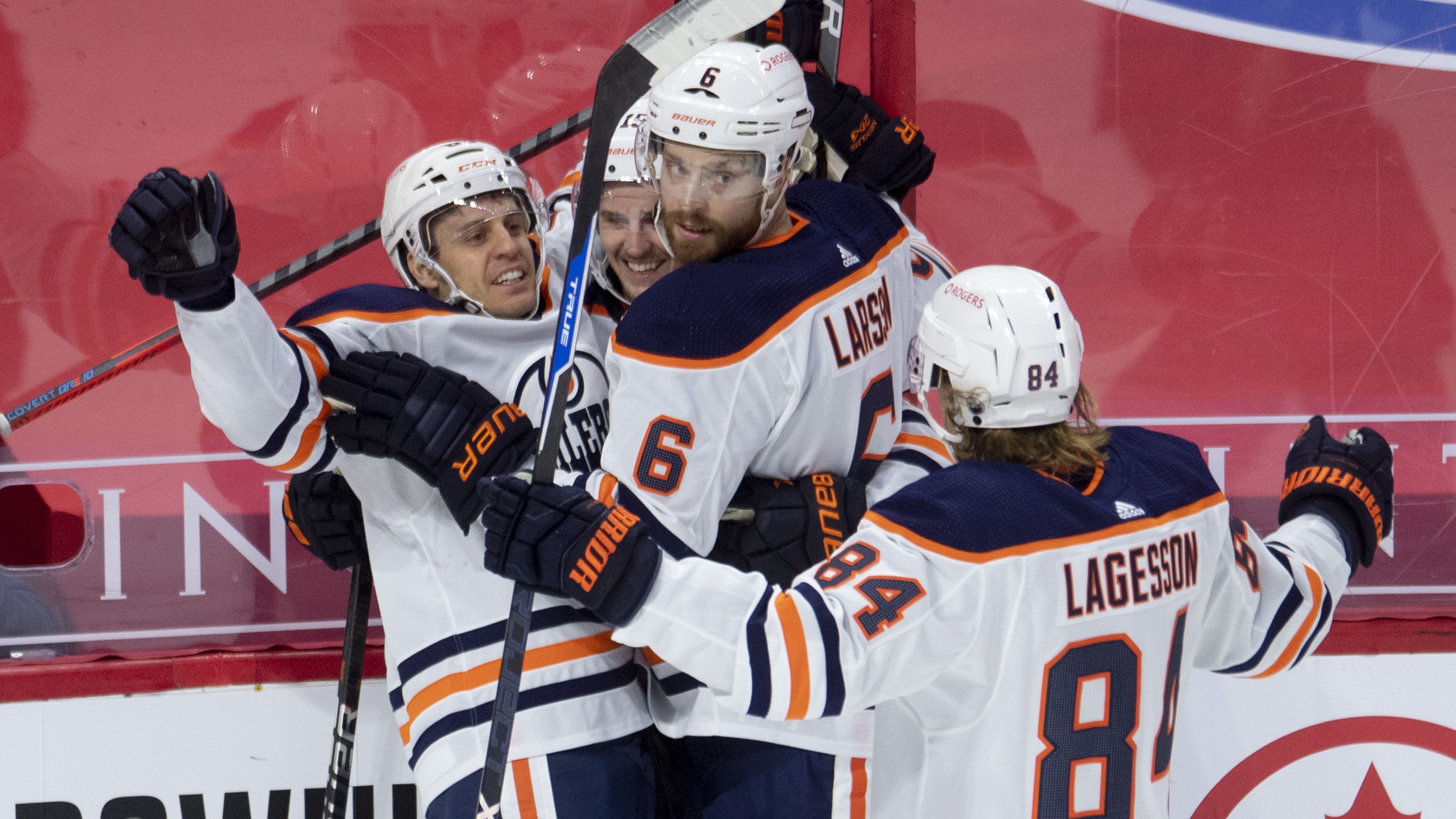 McDavid had 22 points (six goals, 16 assists) while Draisaitl had 20 (eight goals, 12 assists) over their previous 10 games. While Ottawa pressed in the third, both had chances to add to their points streak with Draisaitl hitting the post with the net empty in the dying seconds.

Koskinen returned in goal for Edmonton, after giving way Monday to Mike Smith who was impressive in his season debut after being sidelined by injury.

The six-foot-seven Finn, in his 13th outing of the season, had a rough start with Brown tipping a shot home a Nikita Zaitsev shot from the point just 26 seconds in on Ottawa’s first shot on goal.

Hogberg’s turn came at 4:11 when a hard Nurse shot leaked through the five-hole after a Josh Archibald drop pass. It was Nurse’s fifth of the season, matching his 2019-20 total over 71 games, and fourth in five games — also his third against the Senators.

Hogberg showed more mettle in a fine stop on Ryan Nugent-Hopkins after a Thomas Chabot turnover at the blue line gave McDavid the puck. But the six-foot-five Swede was beaten again at 17:19, unable to find Bouchard’s wrist shot from the point through five bodies.

The second period was delayed by a problem with the ice, apparently involving a leaking ice resurfacer, with one arena worker directing a fire extinguisher at the playing surface.

“I think it blew a radiator or something, they said. I don’t know ” said Tippett. “Radiator fluid all over the ice. Good thing they got it off before it melted too much of it.”

Barrie sparked Hogberg’s exit with the Oilers’ third goal, watching the goaltender slide out of position as he delayed his shot.

“He’s a great kid. He works hard. He does all the right things,” Smith said of Hogberg. “It’s just unfortunate he’s had some bad bounces and some goals go in on him. It’s not for lack of effort.”

Ottawa had its chances in the second, outshooting Edmonton 14-3, but was unable to convert on a double high-sticking minor against Archibald.

“We’re not a finished product by any stretch but we’re moving in the right direction,”‘ said Tippett.