Ginette Sabourin is working to get her dad out of the Winnipeg long-term care home that has become ground zero for the largest COVID-19 outbreak at a care home in the province.

“It’s scary,” said Sabourin, whose 69-year-old father moved into Parkview Place late this summer. “I’m not sleeping at night, worried, is my dad going to die much faster from isolation and mis-care, or catching COVID?”

CBC News has learned the Winnipeg Regional Health Authority, which provides funding and oversight to Parkview Place, has not sent a single staff member inside the privately owned, for-profit care home since March.

Instead, the health authority has relied on virtual communication and daily calls since the outbreak was declared in mid-September.

“How can they help address the outbreak there if they’re not going there to see what’s going on?” said Sabourin. “Why are they not stepping in?”

Sabourin says her father, Edmond Poirier, who has dementia, has seen his health decline since he moved into the home owned by multinational Revera. She is worried he is not receiving basic care.

During previous visits to the home, Sabourin says her father was not wearing his glasses, did not have his own pants and shoes on and was missing his hearing aid. During virtual visits this month, she saw her father go unshaven for days.

“I can’t leave him there. This is not OK,” she said. “This is not how my dad deserves to be treated.”

Earlier this week, a family shared concerns with CBC News that their relative, also a resident at Parkview Place, had been left to sit soiled for hours and suffered a fall in the middle of night, but was not found until the early morning.

To date, at least 90 people at the care home have been infected with the virus, according to Revera. More than a quarter of the facility’s residents, 68, have tested positive since the outbreak began.

At least 22 staff have tested positive. Nine residents have died.

WATCH | Daughter desperate to get dad out of Parkview care home: 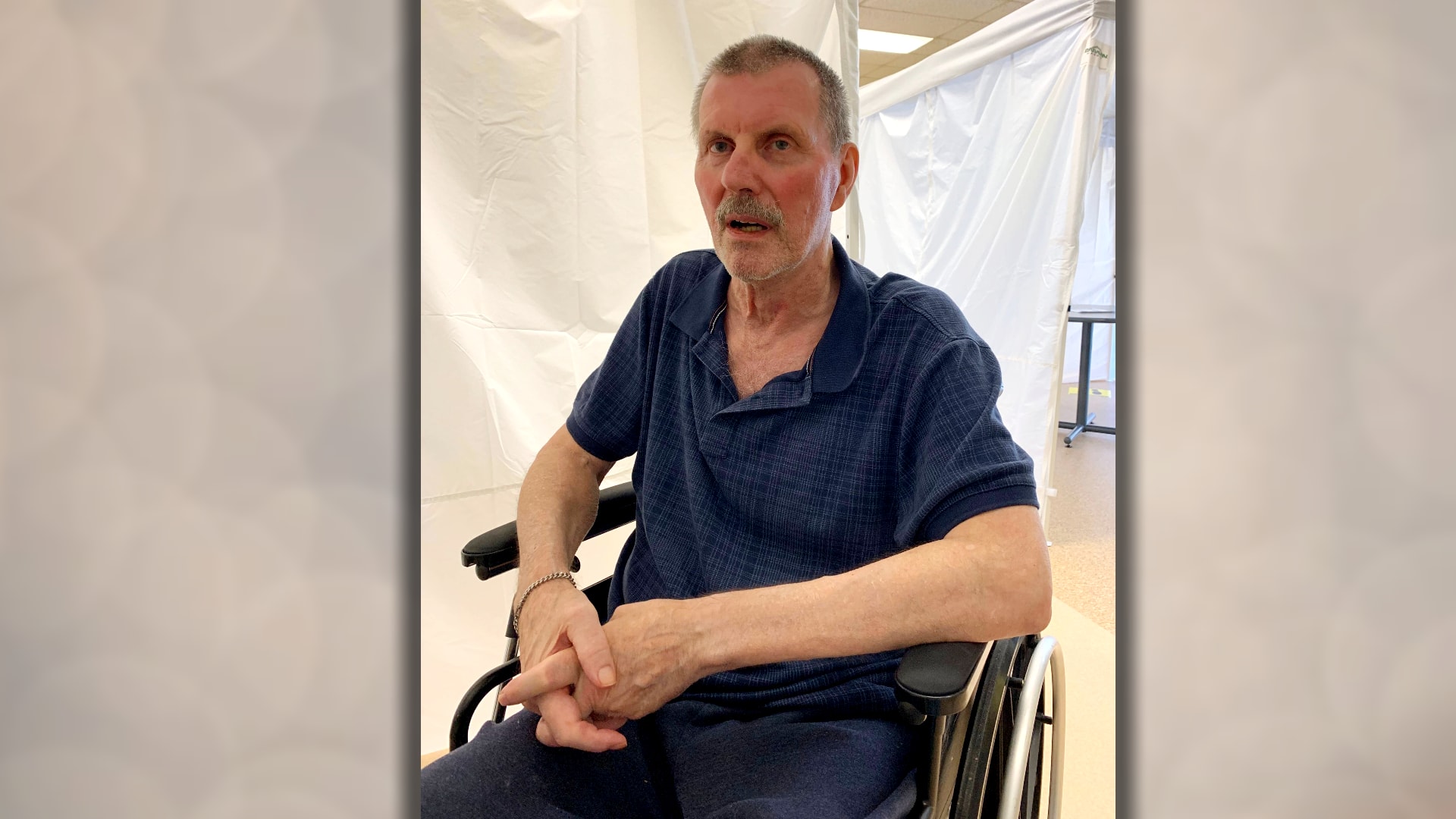 A Winnipeg woman says a lack of communication from a Winnipeg care home has her worrying about its standard of care. Jinette Sabourin’s father has lived at Parkview Place since August where 67 residents and 22 staff members contracted the virus so far and nine residents have died. 2:39

Sabourin said her latest video chat with her father on Sunday was cut short because people started coming into the dining room for lunch. She is concerned residents are still eating together despite assurances by Revera that everyone is isolating in their rooms and having meals delivered to them to stop the spread of COVID-19.

“I don’t feel like enough is being done,” she said. “I just feel like my dad is a sitting duck right now, getting crappy care and deteriorating from isolation or just waiting for COVID to hit his floor.”

In a written statement, Revera said its staff have made heroic efforts to take care of the residents under very difficult circumstances.

“We appreciate that this is a stressful time for families and friends of residents, and we are doing everything we can to manage this outbreak and to communicate with and respond to inquiries from families,” wrote Revera spokesperson Larry Roberts.

He says Parkview Place has engaged “companions” from an agency to provide recreation and to arrange video calls with families.

Sabourin says she feels a lot of guilt and shame over her father’s treatment at Parkview Place.

She penned her concerns in a email to Health Minister Cameron Friesen Wednesday. So far, she has not heard back. In a statement Thursday, the minister’s press secretary said Friesen received the letter Thursday morning.

“As you can imagine, the minister’s office receives hundreds of letters and emails each day. They work diligently to get to all in a timely manner,” the press secretary said.

Getting her father out, no matter the cost

At a news conference Thursday, Friesen said the government is doing everything that can be done to keep the people inside Parkview Place safe.

“We’re telling the families there are incredible resources being marshaled every day to respond. No one likes where things are at right now. And we will continue to respond with great care,” Friesen said.

In a written statement, the WRHA says the reason none of its staff have set foot in the facility is to reduce the number of individuals in the building to limit the transmission of the virus.

“Our expectation remains that every resident continues to receive the care and services they require, including throughout the outbreak,” the statement says.

Infection prevention and control specialists from the WRHA’s long-term care program have been advising Parkview Place over the phone, according to the health authority.

“The WRHA is committed to working with the facility towards a resolution of the outbreak, and minimizing further impact as we work towards that resolution,” said the WRHA spokesperson.

For now, Sabourin is doing everything she can to get her father out of Parkview, no matter the cost. She said she will stay home to care for him herself if she needs to.

“Even if it means my husband and I struggle to pay our bills … that’s what we’re doing.”

Her family is not the only one who has requested a relative be moved out of the facility.

Since the outbreak began, seven Parkview residents have been discharged to the community and six are currently in process.

The WRHA says it is working with families, home care and Public Health to ensure discharges are completed in a safe manner.

Sabourin hopes other families come forward with their stories to ensure their loved ones are getting the care they need.

“If we don’t stand up now and make changes, this is going to continue,” she said.

She hopes her father can be released soon, before the virus spreads further.