Danielle Kang continued to sail along at the LPGA Tour’s season-opening Diamond Resorts Tournament of Champions on Friday, shooting a 6-under 65 to stretch her lead to two shots.

A five-time LPGA Tour winner ranked fifth in the world, Kang had a 13-under 129 total at Four Seasons Golf and Sports Club Orlando. She has yet to make a bogey.

Nelly Korda, at No. 4 the top-ranked player in the 25-woman, winners-only field, was second after a 66.

In Gee Chun and defending champion Gaby Lopez were four strokes back at 9 under. Chun, a two-time major champion, matched Kang for the best score of the day with a 65. The South Korean player had a triple-bogey 7 on the sixth hole Thursday in an opening 68.

Brooke Henderson of Smiths Falls, Ont., shot a bogey-free 68 Friday to remain in a tie for seventh place at 6 under.

The 28-year-old Kang won twice last season. She’s a serious, focused player who prepares well and figures out a lot of things on her own. When she doesn’t, she has some pretty sage mentors. Her boyfriend is Maverick McNealy, who competes on the PGA Tour.

And in the last year, Kang has struck up a texting relationship with Annika Sorenstam, the World Golf Hall of Famer and 72-time LPGA Tour winner who happens to be on the grounds this week competing in the tournament’s 53-player celebrity division. For Kang, it’s a nice little edge. 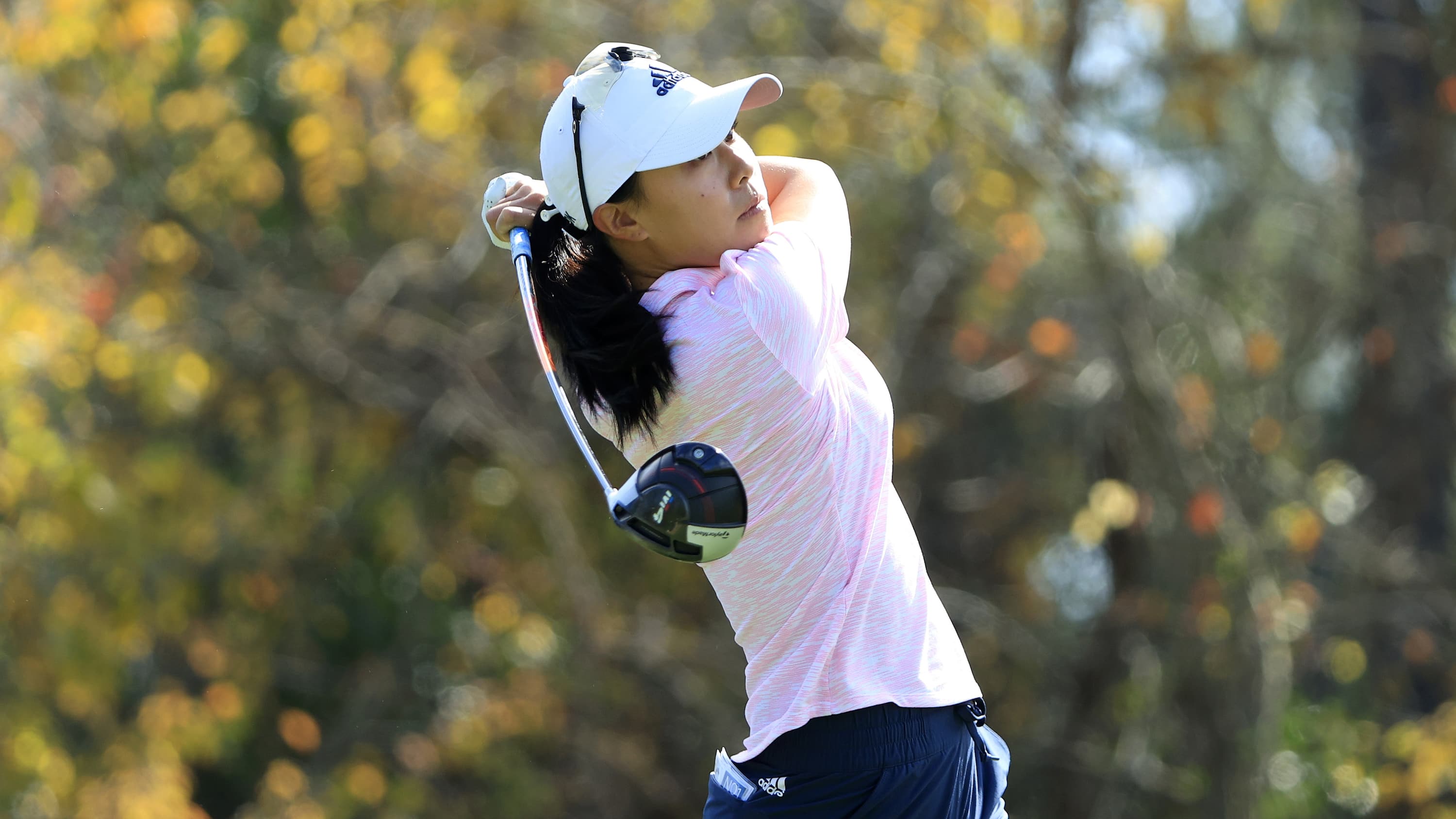 American Danielle Kang opened up a two stroke lead heading into the weekend, after carding a 6 under 65 in the second round of the LPGA Diamond Resorts Tournament of Champions. 2:10

“I did reach out to her specifically about stuff, but she’s always been just very a welcoming, classy person that has been approachable, always giving me a door to approach her,” Kang said. “So I took it.”

Kang was remiss to share much detail about “best” advice, but Sorenstam said the two started first texting about Kang’s wedge game, than progressed into discussions about better starts, and how to score better.

“She felt like she was a slow starter and always played better in the end,” Sorenstam said. “So we had little few chats how to get off to a better start. She’s obviously doing well this week. She’s very committed to her game and working hard. I think it helps to have Maverick, her boyfriend, in the same industry. I am sure they push each other quite well.”

Kang missed only three greens in regulation Friday, and her short game and putting continue to be sharp. Her round was very tidy, and she stretched her lead with three birdies on the back nine, converting on two par 5s (13 and 17) and the short par-4 16th.

Korda’s ball-striking has been very good through two days, leading her to 13 birdies and an eagle. Starting her round one shot behind Kang, Korda hit 12 of 13 fairways and 17 greens. She also got an added bonus: she played her round alongside Sorenstam.

“It was very cool, honestly,” Korda said. “She still has it.”

Korda returned to coach David Whalen in December, worked on quieting her hips in her swing, and has been happy with what she has seen in her game. Outside of one three-putt bogey on Friday, her round was pretty solid. Older sister Jessica Korda (69) is in the mix, too, five shots out of the lead, and Nelly was eager to see what the weekend will bring.