After news coverage of butter becoming harder to melt, possibly due to palm oil additives in cattle feed, the Dairy Farmers of Canada association is recommending that producers stop the practice for the time being.

Gordon MacBeath, a member of the national group’s board and chairman of the Dairy Farmers of P.E.I., said the group is responding to recent concerns about the hardening of some types of Canadian butter.

Dairy Farmers of Canada also announced on Feb. 19 that it is putting together a working group to study the issue of “fat supplementation in the dairy sector.”

The group will include producers, processors, the Consumers Association of Canada, veterinary nutritionists and animal scientists.

WATCH | Butter won’t melt? Some have theories about why that is: 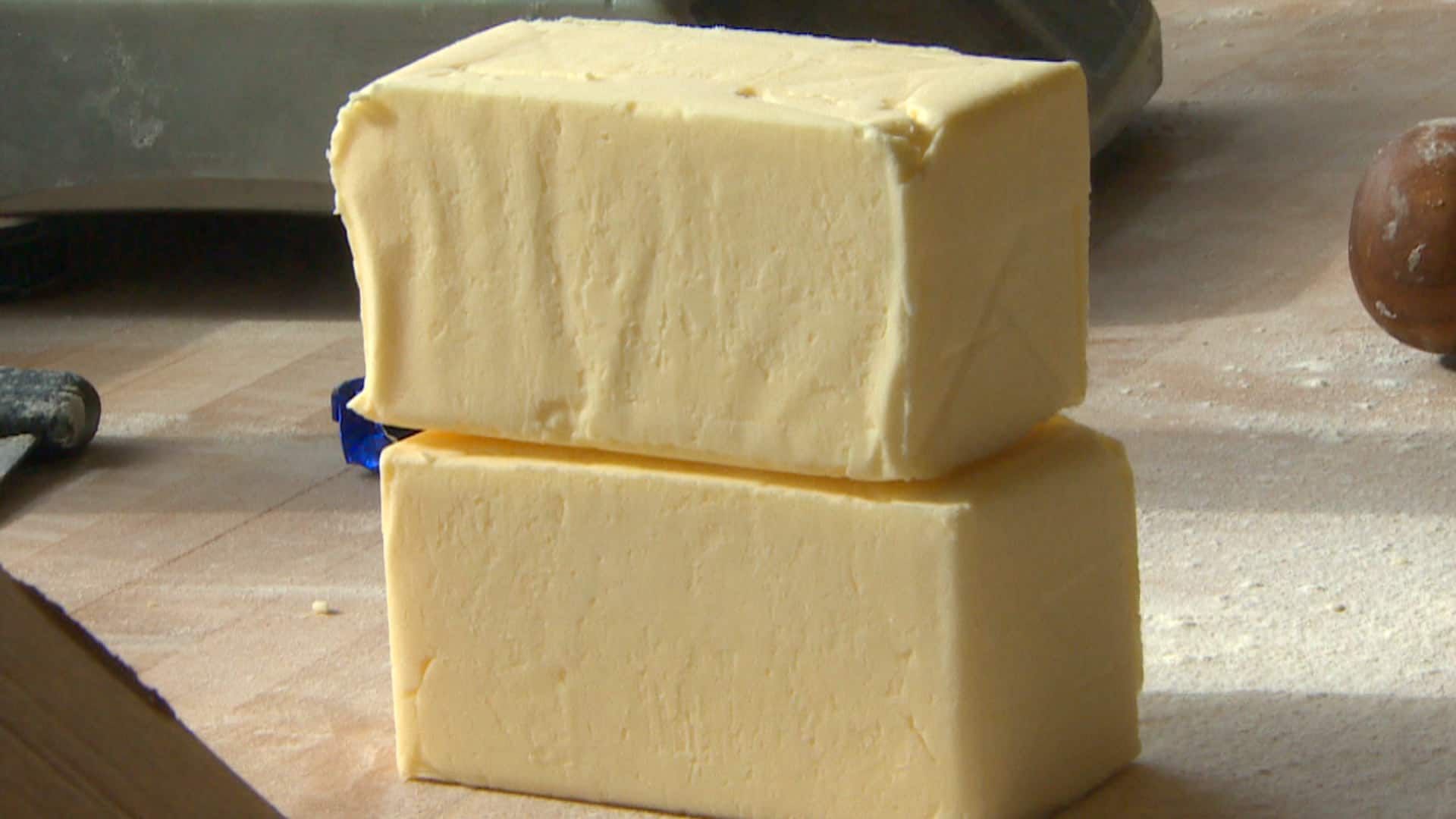 Canada’s dairy producers are under fire after foodies claimed butter has become harder and put the blame on palm oil. Dairy farmers say adding palm products to cattle feed has become common, but critics say it violates a ‘moral contract’ about the purity of Canadian butter. 1:52

“We want to err on the side of caution and we’re advising producers to just simply drop it as an ingredient in the ration until the working group has an opportunity to do their work,” said MacBeath.

The Quebec Milk Producers Association is also looking at the use of palm fat in feed, and says it will follow the recommendations of the national group.

Palm fat is not a new addition to dairy cattle diets, MacBeath noted. It has been used for about a decade. The supplement is also being used in the United States, the United Kingdom, Australia and New Zealand.

The fat is an energy supplement, MacBeath explained.

“Palm supplements are just another energy source for the cow.”

A cow requires about 35 kilograms of feed a day. If palm fat is part of that diet, within that 35 kilograms the cow would typically get 200 to 250 grams of the fat.

In the decade during which palm fat has been used as a supplement for dairy cattle feed, MacBeath said no health issues for the cow or changes to the milk have been detected. He said dairy farmers are in regular consultation with veterinary nutritionists to ensure their cows are getting a healthy diet.

Palm fat is approved as a supplement by the Canadian Food Inspection Agency.

At least one researcher is questioning whether this is even a problem that needs to be addressed.

Alejandro Marangoni, a food science professor at University of Guelph, said while components of palm oil found in milk fat can affect the melting point of butter, there’s no data to support “sensationalist” claims of a great hardening.

Many possible reasons for change in butter

There are a lot of things that can change from season to season and year to year that can make a difference to the milk products on your table, said MacBeath.

“Milk is such a natural product. From the time it leaves the cow, it’s processed very little and it ends up in the consumer [market] with very little change,” he said.

If there is a change in the butter, he said it’s not unreasonable to assume it’s because of something the cows ate. But MacBeath said the list of potential causes is long.

“To give an example, this year was very dry, so the texture of the forage and the grass the cow is eating is different than it was the previous year,” he said.

“The previous year we had Hurricane Dorian and that changed the quality of the corn.”

Dairy Farmers of Canada notes that dairy cattle feed varies not only from season to season and year to year, but also from place to place, because the type of feed available varies depending on what local farmers are growing.

“While farmers grow the majority of the crops they feed their cows, a number of common feeds like flax, canola, corn, and other plants have been used for decades in a targeted way to ensure cows are meeting their energy requirements,” says a statement posted on the group’s site.

“All milk sold in Canada is nutritious and safe to consume and is subject to Canada’s rigorous health and safety standards.”