Quebec’s premier announced Wednesday that he is imposing a provincewide 8 p.m. curfew beginning Saturday as a way to curb surging coronavirus infections and hospitalizations.

The hard-hit province, which has seen nearly 218,000 COVID-19 cases and 8,488 deaths since the pandemic began, will become the first in Canada to impose a curfew to address the pandemic.

Premier François Legault said despite the fact that schools, stores and many other businesses have been closed since December, infections and related hospitalizations continue to rise. Too many seniors are ending up in hospital after becoming infected in private homes, he said.

“We are obliged to provide a type of shock treatment so that people reduce their visits,” he told reporters.

Beginning Saturday and until at least Feb. 8, people in Quebec will be under a curfew from 8 p.m. to 5 a.m., Legault said. He said anyone caught breaking the rules will be subject to a fine of between $1,000 and $6,000. The government is considering creating a document for people who have to be out after the curfew that could be shown to police.

“When we say we are giving an electroshock it’s really for four weeks, a period that should make a difference,” Legault said.

Legault said officials have been struggling to understand why the province’s caseload has continued to spike despite existing restrictions, including the closure of schools. He said they concluded the virus was being spread through gatherings in residences, and the curfew is meant to prevent that.

The premier said all non-essential businesses that he ordered closed in December will remain closed until at least Feb. 8, when the curfew is scheduled to be lifted.

The premier said primary schools will reopen as scheduled, on Jan. 11, and high school students will return to in-person learning the week after, on Jan. 18. “Our children have to be able to continue to learn,” he said.

Speaking before Legault’s news conference, Dr. Donald Sheppard, chair of the microbiology and immunology department at McGill University, said the government needed to explain the logic behind a curfew because the majority of outbreaks documented by public health have been in workplaces and schools.

Much of Quebec, including the province’s largest cities, has been under partial lockdown since October, when bars, restaurant dining rooms, gyms and entertainment venues were closed. In December, Legault closed all “non-essential” retail stores and extended the winter break for elementary and high school students.

As of early Thursday morning, Canada had recorded more than 626,000 cases of COVID-19 and 16,369 deaths. The bulk of cases have been in the country’s two most populous provinces — Ontario and Quebec — where conditions have been deteriorating rapidly in recent weeks.

Compounding the picture is the still small but growing number of cases related to a novel coronavirus variant first identified in the United Kingdom that is believed to be even more contagious than the original.

Nevertheless, Transport Minister Marc Garneau lifted the ban on inbound flights from the U.K. A negative coronavirus test will be required to board planes to Canada starting this week.

WATCH | Should COVID-19 vaccines have gone to nursing home residents before staff? 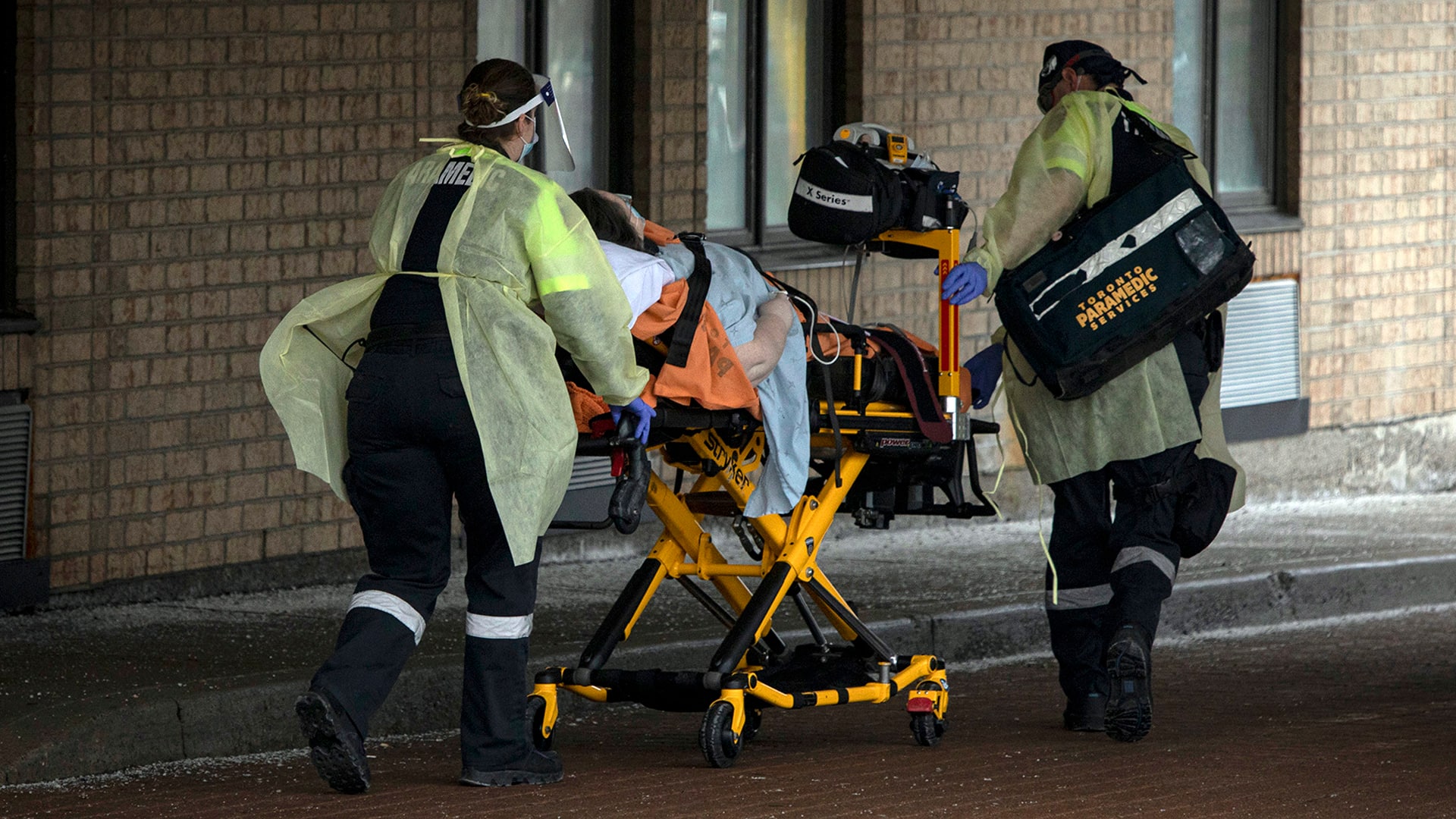 A geriatrician and an infectious disease specialist answer questions about how COVID-19 vaccines are being distributed in long-term care homes including if the first doses should have gone to residents instead of health-care workers. 5:44

Premier Doug Ford said Wednesday that he is going to discuss the possibility of keeping schools closed with the province’s medical experts. Decisions on schools and whether or not stricter restrictions are required in Ontario are expected in the coming days.

In Atlantic Canada, New Brunswick reported a single-day high on Wednesday with 31 new COVID-19 cases. Chief Medical Officer of Health Dr. Jennifer Russell said she expects a rise in cases over the next week to 10 days as a result of New Year’s Eve gatherings. The province reported 27 infections on Tuesday — a record at the time — spurring the premier to increase restrictions across the province.

Health officials in Nova Scotia reported 12 new COVID-19 cases on Wednesday, while Prince Edward Island reported four new cases, saying they were all travel related. There were no new cases reported in Newfoundland and Labrador.

In Manitoba, health officials reported 176 new COVID-19 cases and 10 additional deaths on Wednesday. Sixty of the new cases were linked to holiday gatherings.

-From CBC News and The Canadian Press, last updated at 6:45 a.m. ET

As of early Thursday morning, more than 87.3 million cases of COVID-19 had been reported worldwide, with 48.8 million of those cases considered recovered or resolved, according to a COVID-19 case tracking tool maintained by Johns Hopkins University. The global death toll stood at more than 1.8 million.

In the Americas, the U.S. COVID-19 case count rose to more than 21.3 million on Thursday, with more than 361,000 deaths. The U.S., which has seen more recorded cases than any other nation, is struggling to ramp up its vaccination efforts.

Mexico saw one of the biggest daily rises in cases and deaths, while health authorities said a doctor who had a serious allergic reaction after receiving the Pfizer-BioNTech vaccine remained hospitalized.

Brazil is ready to begin vaccinating its population this month, and the country has secured a total of 354 million vaccine doses for 2021.

In Africa, South Africa set out plans to vaccinate 40 million people, or two-thirds of its population, in a bid to achieve herd immunity, as a mutant variant drove daily new cases above 21,000 for the first time.

In the Asia-Pacific region, Japan has declared a state of emergency for Tokyo and three nearby areas as coronavirus cases continue to surge, hitting a daily record of 2,447 in the capital.

It kicks in Friday and will remain in place until Feb. 7, and includes asking restaurants and bars to close at 8 p.m. and people to stay home and not mingle in crowds.

The state of emergency carries no penalties.

New coronavirus cases in northern China’s Hebei province have more than doubled as officials move to lock down an area that is home to about 75 million people.

Officials announced 51 new cases Thursday, bringing Hebei’s total to 90 since Sunday. Most of the cases have been in Shijiazhuang, the provincial capital that is due to host some events of next year’s Winter Olympics.

In the Middle East, Lebanon has begun a 25-day nationwide lockdown to limit the spread of the coronavirus as infections hit a new record in the tiny Mediterranean nation and patients overwhelm the health-care sector. The lockdown is the third in Lebanon since the first case was reported in late February.

The Israeli cabinet has agreed to tighten a lockdown in hopes of slowing a raging coronavirus outbreak.

Most schools and businesses will be closed, public gatherings restricted and public transportation limited for a two-week period beginning at midnight Thursday. Thousands of police are expected to be deployed to enforce the closure. Prime Minister Benjamin Netanyahu’s office announced the decision late Wednesday.

In Europe, the Czech Republic on Thursday reported 17,668 new cases over the past 24 hours — its highest daily tally, health ministry data showed.