The Africa Centers for Disease Control and Prevention says the first one million doses of the AstraZeneca vaccine for the novel coronavirus are expected to arrive next week for distribution in some 20 countries on the continent.

The doses are the first of some seven million coming from the Serum Institute in India.

Africa CDC director John Nkengasong and colleagues did not immediately say which countries on the 54-nation continent will receive the first shipment, but Nkengasong said Thursday that health workers will get the shots.

“We are very excited,” he said.

Africa is waiting for vaccines from the global COVAX initiative, which has said it would supply 25 per cent of those needed for the continent’s 1.3 billion people. As deliveries fall behind schedule, African nations are scrambling to secure vaccines from various sources.

Nigeria approved the use of the AstraZeneca-Oxford University vaccine, its drug regulator said, while Namibia will roll out AstraZeneca’s vaccine despite efficacy concerns in neighbouring South Africa.

The African continent is on the brink of recording 100,000 confirmed deaths from COVID-19.

During a separate briefing on Thursday, the World Health Organization’s Africa director, Matshidiso Moeti, said: “We have arrived at the moment now when African countries are going to be in a couple of weeks, I anticipate, receiving significant supplies of vaccines.”

-From The Associated Press and Reuters, last updated at 7:05 a.m. ET 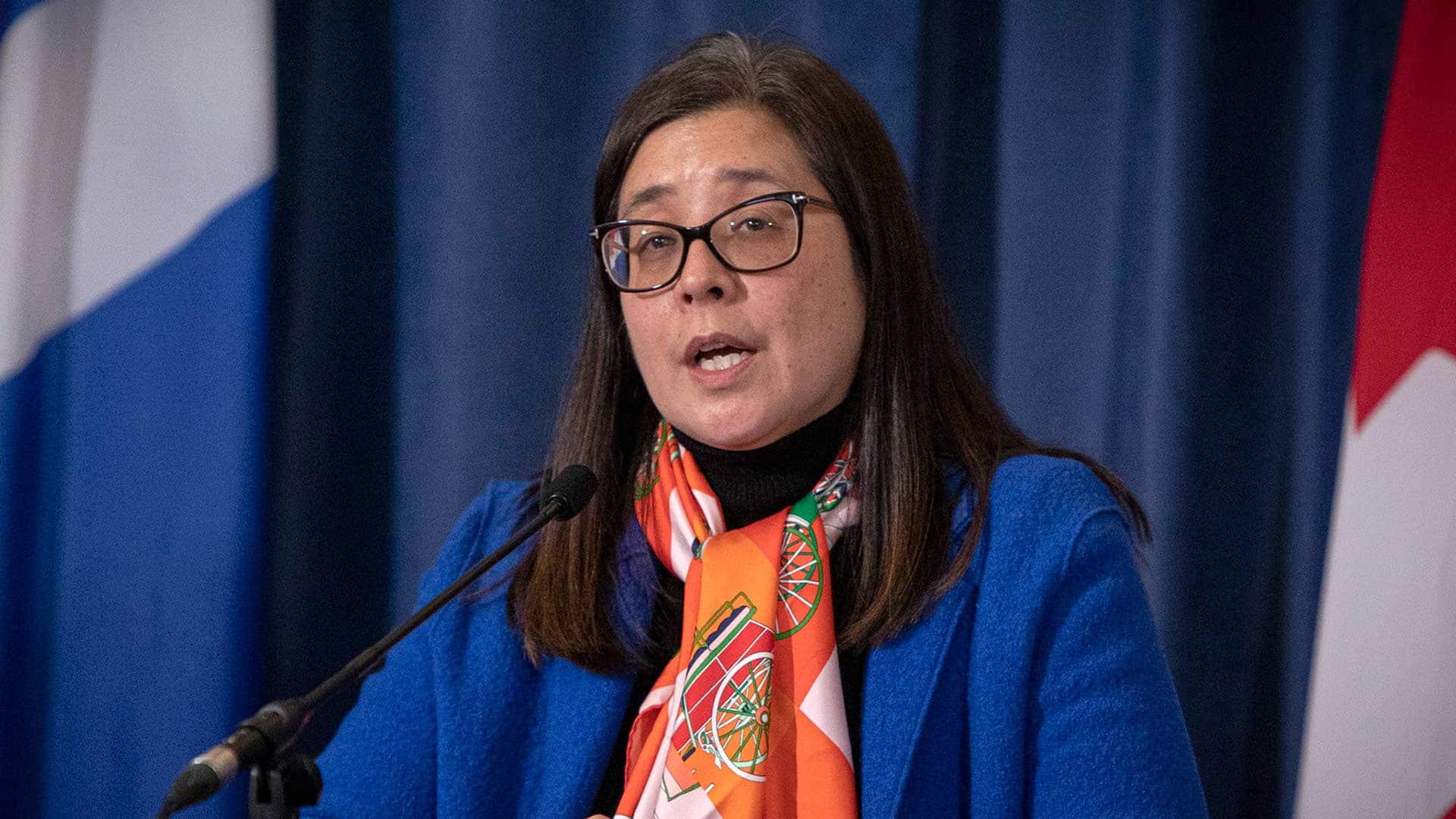 The top doctors in Toronto and neighbouring Peel Region are calling on the provincial government to keep a stay-at-home order in place for another two weeks out of growing concern about COVID-19 variants. 3:38

In Newfoundland and Labrador, health officials reported 44 additional confirmed cases of COVID-19 on Wednesday and 21 presumptive cases. The province, which as of Wednesday had 338 active cases and one person in hospital, is ramping up testing capacity.

“Remember that these new cases are a result of interactions as long as two weeks ago,” she said. “This means our behaviour now will determine how well we fare in the weeks to come.”

Labrador, meanwhile, has a presumptive case in Makkovik, an Inuit community. The case is linked to travel to the St. John’s area.

Across Atlantic Canada, provincial health officials in both Nova Scotia and New Brunswick reported three new cases of COVID-19 on Wednesday. There were no new cases reported in Prince Edward Island.

New modelling out of Quebec on Wednesday suggested a more contagious COVID-19 variant could dominate in the Montreal area in a matter of weeks. As of Wednesday, there were 16 confirmed variant cases in Quebec, including 13 cases of the U.K. mutation, and another 135 suspected cases.

Quebec added 14 more deaths from past dates, but no new ones, in its update. It reported 800 new infections and five fewer COVID-19 patients in hospital than a day earlier.

Toronto’s mayor, top doctor and emergency management boss announced they want the city to remain under Ontario’s toughest restrictions until at least March 9, two weeks longer than planned. Peel Region’s Chief Medical Officer of health, Dr. Lawrence Loh, joined in the call for a two-week extension of the rules.

“I have never been as worried about the future as I am today,” said Medical Officer of Health Dr. Eileen de Villa, expressing concern about the number of cases of COVID-19 variants of concern.

In Alberta, health officials reported 277 new cases of COVID-19 and seven additional deaths on Wednesday. The province said 370 patients are in hospital with COVID-19, including 60 in intensive care units.

-From CBC News and The Canadian Press, last updated at 6:45 a.m. ET

WATCH | Global cases of COVID-19 have started to see a decline in recent weeks: 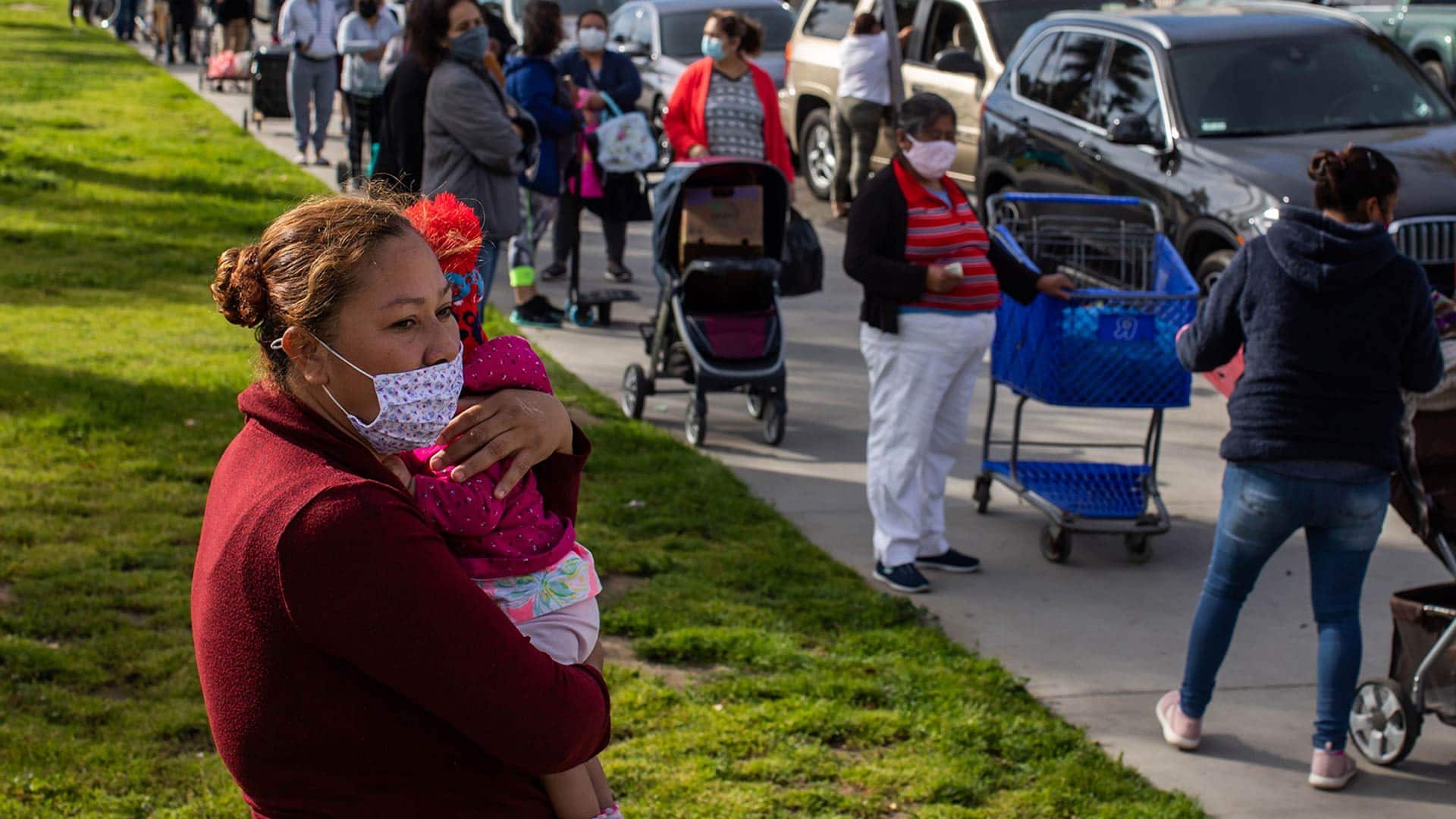 Global cases of COVID-19 have started to see a decline in recent weeks thanks to mitigation efforts by individuals and governments as well as larger rollouts of vaccines. 2:01

As of early Thursday morning, more than 109.9 million cases of COVID-19 had been reported worldwide, with 61.9 million cases listed as recovered or resolved on a tracking site maintained by Johns Hopkins University. The global death toll stood at more than 2.4 million.

In the Asia-Pacific region, Nepal approved the emergency use of a vaccine developed by an affiliate of China’s Sinopharm.

More than two-thirds of the new cases were in the Seoul area, home to half of South Korea’s 51 million people. A plastic factory near the capital has emerged as a major cluster of infections, linked to more than 110 cases so far since a Cambodian worker first tested positive on Saturday.

In the Americas, Venezuela will begin vaccinating medical personnel on Thursday.

Rio de Janeiro halted new vaccinations against COVID-19 for a week starting Wednesday due to a shortage of doses, one of a growing number of Brazilian cities that have run low on supplies and are demanding help from Brazil’s federal government.

City officials said they will continue to deliver second doses to those who have already been injected once, but have paused new shots for the elderly. Officials said vaccines for new recipients ran out partly because they had pushed forward their schedule by one week after receiving a fresh lot of doses. Rio Mayor Eduardo Paes said on Monday that additional shots won’t be delivered before next week.

“We are ready and we have already vaccinated 244,852 people,” he said on his official Twitter profile. “We just need the vaccine to arrive.”

In Europe, Spain will make travellers from South Africa and Brazil go into quarantine for at least seven days following their arrival.

In the Middle East, snow blanketed parts of Syria, Lebanon, Jordan and Israel on Wednesday, covering areas it has not reached in years, disrupting traffic and postponing vaccination campaigns against COVID-19 and even exams at some universities.

-From The Associated Press and Reuters, last updated at 7:15 a.m. ET