Germany’s health minister said there are at least “10 hard weeks” ahead amid difficulties in getting large quantities of vaccines.

Spahn said vaccine manufacturers also should be invited to “explain how complex production is.” He stressed that “the quality must be very good” in order to protect people.

Spahn wrote that “we will go through at least another 10 hard weeks with the scarcity of vaccine.”

Germany’s current lockdown, its second, was recently extended until Feb. 14. Infection figures are falling, but officials are worried about the potential impact of coronavirus variants such as the one first detected in Britain.

Some 1.67 million people in Germany had received the first dose of the vaccine and over 318,000 the second by Tuesday, about a month into the vaccination campaign.

Questions around who gets vaccine doses and when is a pressing issue in Canada, too, as provinces scramble to adjust their vaccination programs to deal with supply issues.

Prime Minister Justin Trudeau said Wednesday the president of the European Commission has reassured him any vaccine export controls the EU enacts won’t impact shipments of Canada’s doses from Europe. 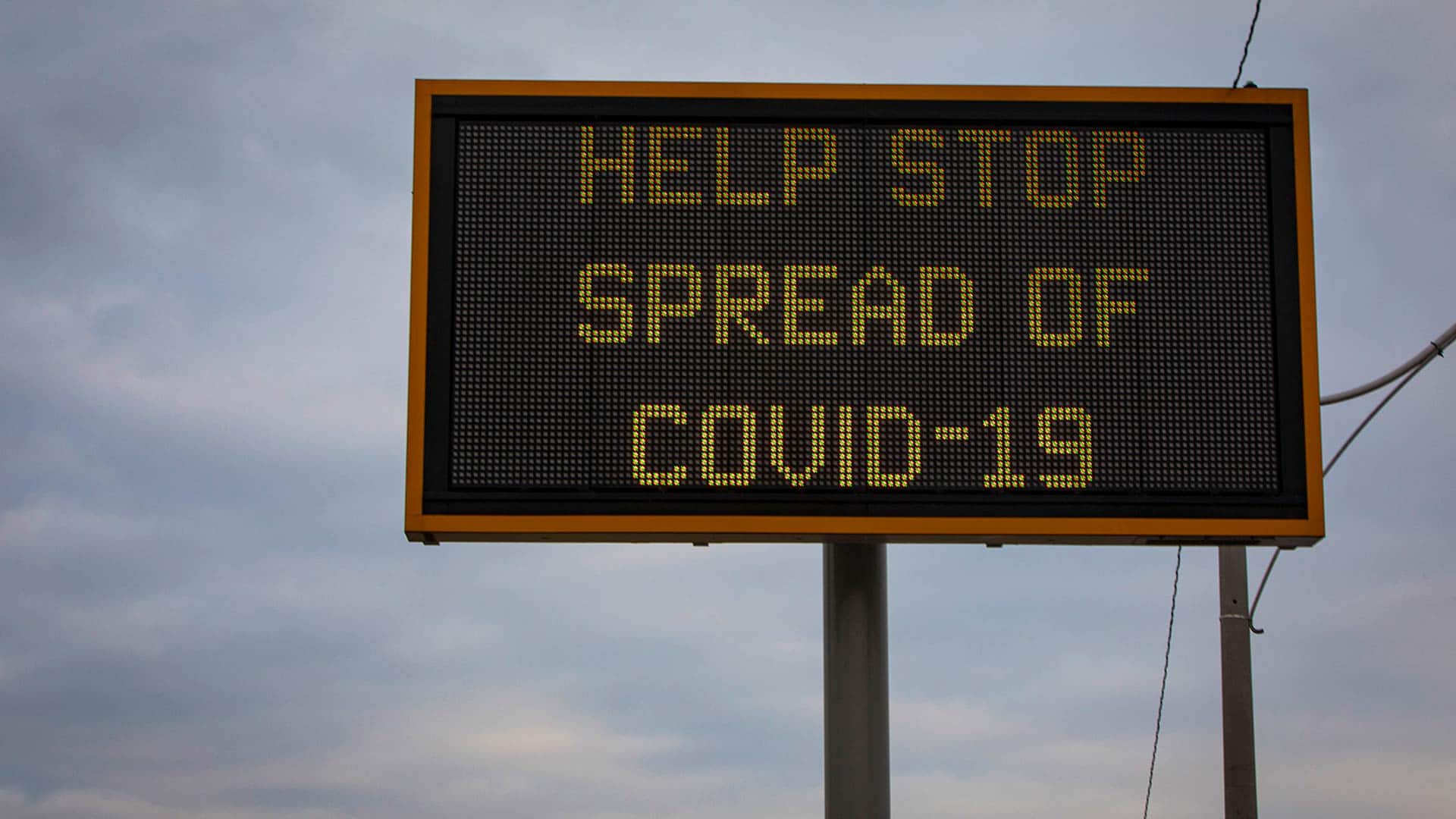 Health officials are raising the possibility of regional travel restrictions and double masking as concerns about new COVID-19 variants grow. 2:04

The EU has threatened to impose export controls on vaccines produced within its borders, and warned pharmaceutical companies that have developed coronavirus vaccines with EU aid that it must get its shots on schedule. All of Canada’s Pfizer and Moderna vaccines come from Europe.

Canada isn’t getting any deliveries of the Pfizer vaccine made in Europe this week, and shipments are set to resume next week.

Ontario, which is expected to provide an update on COVID-19 modelling projections later in the day, reported 56 additional deaths and 2,093 new cases on Thursday. A day earlier, Ontario had reported 1,670 new cases of COVID-19 — its lowest single-day case number since late November.

The province said 1,338 people with COVID-19 were in hospital on Thursday, with 358 people in intensive care units.

Thursday’s update in Ontario comes as the province announced updated figures on the number of people who had been fully inoculated against COVID-19.

In Quebec on Thursday, health officials reported 1,368 new cases of COVID-19 and 39 additional deaths. The number of people in Quebec hospitals with COVID-19 fell to 1,264, with 212 people in the province’s intensive care units.

The two hard-hit provinces have imposed restrictions aimed at slowing the spread of COVID-19 and protecting strained health-care systems. 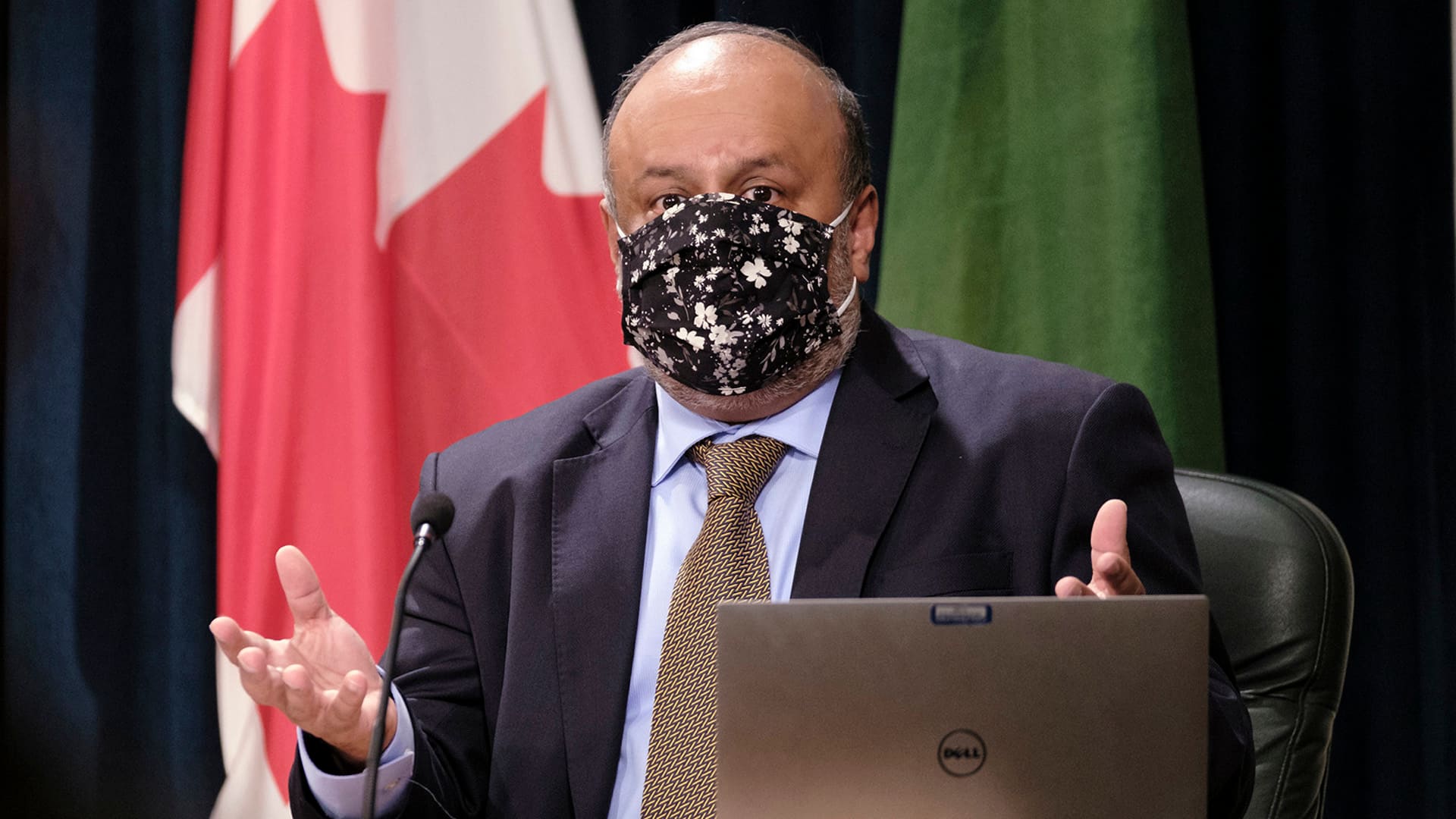 Anti-lockdown protestors in Saskatchewan are increasingly targeting the province’s chief medical officer of health, Dr. Saqib Shahab. Many, including the premier, say they’ve crossed a line by showing up at his home over the weekend. 2:01

-From The Canadian Press, CBC News and The Associated Press, last updated at 10:25  a.m. ET

As of early Thursday morning, the number of reported cases of COVID-19 globally was approaching 101 million, with more than 55.8 million cases of the novel virus considered recovered or resolved. The global death toll stood at more than 2.1 million, according to a database maintained by Johns Hopkins University.

In the Americas, the Biden administration is projecting as many as 90,000 Americans will die from the coronavirus in the next four weeks. That warning came Wednesday as the administration held its first televised science briefing on the COVID-19 pandemic. In the briefing, experts outlined efforts to improve the delivery and injection of vaccines.

The administration is examining additional ways of speeding up vaccine production, a day after President Joe Biden announced the U.S. plans to have delivered enough doses for 300 million Americans by the end of summer.

The Biden administration is asking citizens to recommit to physical distancing measures and mask-wearing, pointing to scientific models that suggest those practices could save 50,000 lives over the coming months.

In Chile, the health regulator approved the AstraZeneca-Oxford COVID-19 vaccine for emergency use among its population by a unanimous vote of its advisory board.

Colombia, meanwhile, will ban flights from Brazil effective Friday over concerns of a variant of the coronavirus that is circulating in that country.

Colombia President Ivan Duque on Wednesday announced the 30-day measure. No flights will take off from Colombia to Brazil either. In addition, anyone who arrived from in Colombia from Brazil between Jan. 18 and Wednesday will have to quarantine for 14 days.

The Brazil variant was first identified in four travellers who were tested at an airport outside Tokyo. It contains mutations that may affect its ability to be recognized by antibodies, according to the U.S. Centers for Disease Control and Prevention.

In the Middle East, violent confrontations between protesters and security forces in northern Lebanon left a 30-year-old man dead and more than 220 people injured, the state news agency said Thursday.

Frustrations boiled over amid deteriorating living conditions and strict coronavirus lockdown measures that have exacerbated a severe economic and financial crisis, the worst in the Mediterranean country’s history.

The violence in Tripoli, Lebanon’s second-largest city and the most impoverished, marked a serious escalation in protests that began Monday and continued for three straight days into Wednesday night.

In Africa, hard-hit South Africa expects the flight carrying its first one million coronavirus vaccine doses to arrive on Feb. 1.

Morocco will start rolling out its mass coronavirus vaccination program on Thursday, the first African country to do so.

The Africa Centers for Disease Control and Prevention said another 400 million doses of COVID-19 vaccines have been secured for the continent through the Serum Institute of India.

As with many vaccine deals, there are no immediate details on cost or how much people might pay per dose.

Africa has more than 3.4 million confirmed virus cases, including more than 87,000 deaths.

In Europe, Portugal is in a terrible phase of the coronavirus pandemic and can hope for only limited help from abroad, Prime Minister Antonio Costa said, as hospital staff warned they were being overwhelmed.

WATCH | WHO calls on Europeans to be patient: 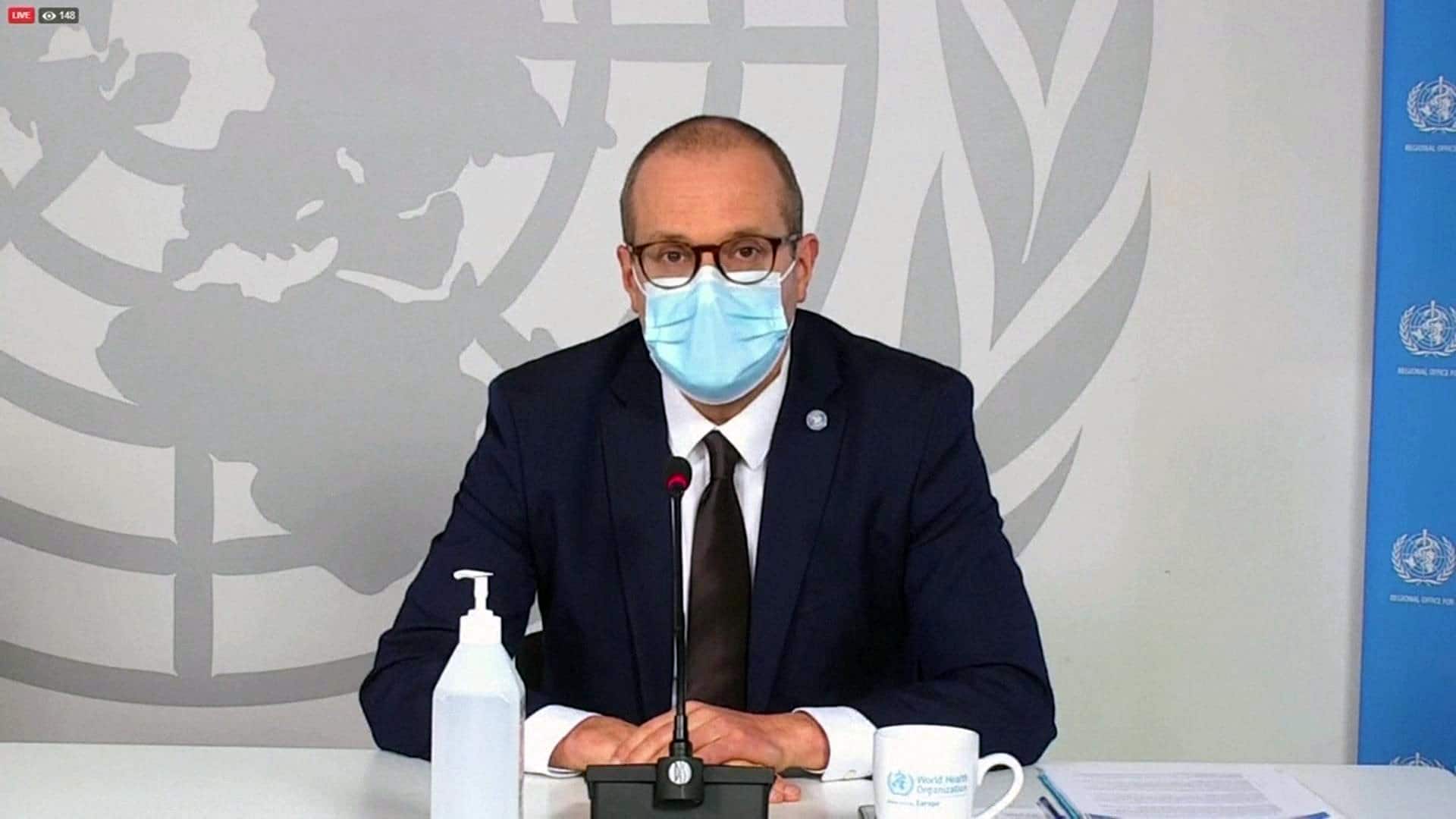 While acknowledging the fatigue due to COVID-19 restrictions, the World Health Organization’s Regional Director for Europe, Dr. Hans Kluge, asked people to stay the course as the pandemic is far from over. 0:52

With a total of 668,951 confirmed COVID-19 cases and 11,305 deaths, including a record 293 dead on Wednesday, Portugal has the world’s highest seven-day average of new daily cases and deaths per million inhabitants.

“There is no point in feeding the illusion that we are not facing the worst moment,” he told TVI broadcaster overnight. The situation was not bad but terrible, he said, “and we’ll face this worst moment for a few more weeks, that is for sure.”

At least two dozen French police officials are facing internal punishment for holding a party inside a police station where they were filmed dancing the Macarena and violating multiple virus protection rules.

A police headquarters spokesperson said Thursday that those involved in the party in the Paris suburb of Aubervilliers were ordered to file reports on their actions and that “sanctions are planned.”

In a video of the event posted by online media Loopsider, several people are seen dancing closely together without masks in a crowded room. The video prompted criticism at a time when French police are out every night enforcing a 6 p.m.-6 a.m. virus curfew, and are under scrutiny for abuses during violent protests and identity checks.

-From The Associated Press and Reuters, last updated at 10 a.m. ET

Have questions about this story? We’re answering as many as we can in the comments.