President Joe Biden’s top medical adviser on COVID-19, Dr. Anthony Fauci, says the United States will cease reducing U.S. staff counts at the World Health Organization and pay its financial obligations to it as it vows to stay fully engaged with the UN health agency to help fight the coronavirus pandemic.

“I am honoured to announce that the United States will remain a member of the World Health Organization,” Fauci told the WHO’s executive board meeting in Geneva via video conference. The administration announced just hours after Biden’s inauguration that the United States would revoke a planned pullout from the WHO in July that had been announced by the Trump administration.

Fauci’s quick commitment to WHO — whose response to the coronavirus outbreak was repeatedly berated by the Trump administration — marks a dramatic and vocal shift toward a multilateral approach to fighting the pandemic.

He said the Biden administration “will cease the drawdown of U.S. staff seconded to the WHO” and resume “regular engagement” with WHO. He added: “The United States also intends to fulfil its financial obligations to the organization.”

Biden will sign 10 executive orders on Thursday to fight the coronavirus pandemic, including directing that disaster funds be used to help reopen schools and requiring that people wear masks on planes and buses, officials said.

Biden, a Democrat who took over from Republican President Donald Trump on Wednesday, has promised a fierce fight against the pandemic that killed 400,000 people in the United States under Trump’s watch.

The U.S is entering “what may be the toughest and deadliest period of the virus and must set aside politics and finally face this pandemic as one nation,” Biden said in his inauguration speech.

One order will require mask-wearing in airports and on certain modes of public transportation, including many trains, airplanes and intercity buses, officials said.

He also plans to sign orders on Thursday to establish a COVID-19 testing board to ramp up testing, address supply shortfalls, establish protocols for international travellers and direct resources for minority communities hit hard by the infectious disease.

FEMA funds are typically disbursed after hurricanes, floods or other natural disasters. Institutions including hospitals can apply after Trump declared the pandemic a national emergency in March. The fund had previously been reimbursing 75 per cent of costs.

Biden plans to partner with state and local governments to establish vaccination spots in conference centres, stadiums and gymnasiums.

-From The Associated Press and Reuters, last updated at 6:45 a.m. ET 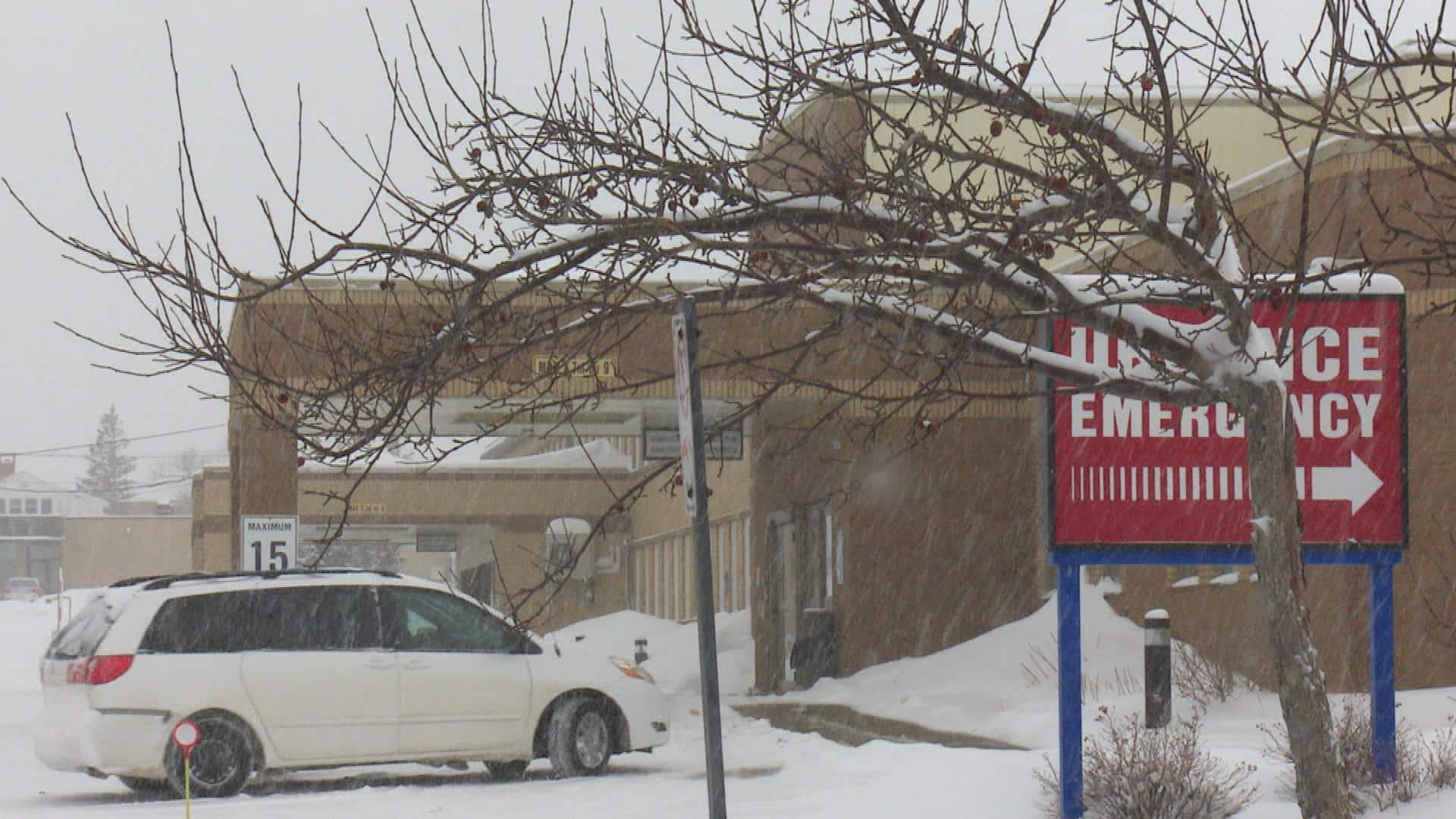 Almost two thirds of New Brunswick is now at the red, or highest, level of pandemic restrictions after 21 new cases of the coronavirus were confirmed today, sparking concerns over its rapid spread and hospitals’ ability to handle patients with COVID-19. 3:04

COVID-19 case counts are dropping in the two provinces hardest hit by the pandemic, offering some hope that newly imposed restrictions are working.

As of early Thursday morning, more than 96.9 million cases of COVID-19 had been reported worldwide, with more than 53.4 million of the cases considered resolved or recovered, according to a tracking tool maintained by Johns Hopkins University. The global death toll stood at more than two million.

In the Asia-Pacific region, India has sent one million doses of a coronavirus vaccine to Nepal, a gift that is likely to help repair strained ties between the two neighbours. Nepal’s health minister says the AstraZeneca-Oxford University vaccine, manufactured under license by Serum Institute of India, will be given to health workers and other front-line personnel. He says Nepal would like to purchase four million more doses, and asked for the Indian government’s help.

India, the world’s largest vaccine producer, began supplying coronavirus vaccine to its neighbours this week. Relations between India and Nepal have been strained by a territorial dispute.

China is imposing some of its toughest travel restrictions yet as coronavirus cases surge in several northern provinces ahead of the Lunar New Year. Next month’s festival is the most important time of the year for family gatherings in China, and for many migrant workers it is often the only time they are able to return to their rural homes.

This year, however, travellers must have a negative virus test within seven days of departure, and many local governments are ordering quarantines and other strict measures on travellers.

A national health official had this message Wednesday for Chinese citizens: “Do not travel or have gatherings unless it’s necessary.”

The director of the Africa Centers for Disease Control and Prevention says access to medical oxygen is a “huge, huge critical need” across the continent as Africa’s case fatality rate from COVID-19 is now above the global average and health centres are overwhelmed.

John Nkengasong said the case fatality rate across the African continent is 2.5 per cent while the global average is 2.2 per cent. And while confirmed coronavirus cases in the past week across Africa dropped by seven per cent, deaths rose by 10 per cent.

“It’s beginning to be very worrying,” Nkengasong told reporters Thursday. He noted that a Nigerian colleague has said struggling health workers are having to decide which cases to manage and which not to manage in Africa’s most populous country.

Twenty-one of Africa’s more than 50 countries have case fatality rates above the global average, led by Sudan at 6.2 per cent. The continent has seen more than 6,000 deaths in the past week, with more than 81,000 overall. Africa has had more than 3.3 million confirmed virus cases. Almost all African countries are still waiting for COVID-19 vaccines.

In the Americas, Mexico has had a second consecutive day of COVID-19 deaths surpassing 1,500. Officials reported 1,539 such deaths Wednesday, a day after 1,584 deaths were listed. There was also a near-record one-day rise in new virus cases of 20,548.

Mexico has seen almost 1.69 million confirmed coronavirus infections and over 144,000 test-confirmed deaths related to COVID-19. With the country’s extremely low testing rate, official estimates suggest the real death toll is closer to 195,000. Mexico City is the current epicentre of the pandemic in the country, and 89 per cent of the capital’s hospital beds are in use. For the nation as a whole, 61 per cent of hospital beds are filled.

In the Middle East, authorities in Lebanon on Thursday extended a nationwide lockdown by a week to Feb. 8 amid a steep rise in coronavirus deaths and infections that has overwhelmed the health-care system.

Despite increasing the number of hospital beds in the country of nearly six million, doctors and nurses have struggled to keep pace with patients flooding their facilities. Intensive care unit bed occupancy has been rising, hitting 91 per cent late Wednesday, according to the World Health Organization.

Registered daily infections have hovered around 5,000 since the holiday season, up from nearly 1,000 in November. The death toll has surpassed 2,000 with new deaths of between 40 and 60 a day in the past week. Doctors say with increased testing, the number of confirmed infections has also increased, recording a positivity rate of over 20 per cent for every 100 tests. Nurses and doctors are overwhelmed, and more than 2,300 health-care workers have been infected since February.

Dubai, meanwhile, has suspended elective surgeries for a month and live music at restaurants and hotels indefinitely as coronavirus infections surge in the Middle East trade hub.

Non-essential surgeries have been halted to ensure that health facilities are prepared to manage COVID-19 cases, Dubai’s health regulator said in a circular on Wednesday.

“Elective therapeutic surgeries” that require deep sedation or general anesthesia would only be permitted in stances of medical emergencies or necessity, it said.

In Europe, Germany is pushing its partners in the European Union to reduce coronavirus infections in an effort to keep a new variant first detected in Britain at bay, and says new border checks might be needed if they don’t co-ordinate.

Chancellor Angela Merkel and Germany’s 16 state governors agreed on Tuesday to extend the country’s lockdown by two weeks until Feb. 14. Although Germany’s infection figures are finally declining, officials worry that more infectious variants could push them back up quickly if allowed to take hold.

Merkel said on Tuesday: “If countries were to go very different ways — which I don’t see at the moment, but it could happen — then we would have to be prepared [to] say, ‘then we have to reintroduce border controls.'” She stressed that “we don’t want this.”

Her chief of staff, Helge Braun, on Thursday emphasized the need to push infections down “to keep the mutation out of core Europe.”

Braun told ARD television: “All countries must do this, and if a neighbouring country doesn’t do this we can hardly protect ourselves against the mutation, and then even tougher entry measures on our internal borders are unavoidable. And since everyone doesn’t want that, it’s important that we act together now.”

Sweden’s government extended on Thursday several national COVID-19 restrictions, including requirements to work from home and a ban on selling alcohol after 8 p.m. Both were extended to Feb. 7.

A requirement that face masks be worn on public transportation was also extended through the spring. A national recommendation on remote education also was extended to April 1 but adjusted so that distance learning and teaching on site will be mixed. It will be up to local principals to work that out.

“To Sweden’s high school students: now a tough time continues. But you have shown that you can meet this challenge,” said Sweden’s Education Minister Anna Ekstrom.

The country of 10 million has opted to keep parts of its society open and lifted in September a national ban on visiting elderly care homes. It has reported 537,967 cases, including 10,797 deaths