The latest federal modelling on COVID-19 suggests the surge in cases could continue in the coming weeks unless Canadians take action now, which has prompted a new warning from the country’s chief public health officer.

Dr. Theresa Tam on Friday said that based on the current projections, Canadians need to cut their contacts by 25 per cent in order to get the second wave under control to the point where daily counts may drop below 2,000.

Without reducing the rates of contact, Canada could see COVID-19 case counts rise to 8,000 per day come early December, she said. 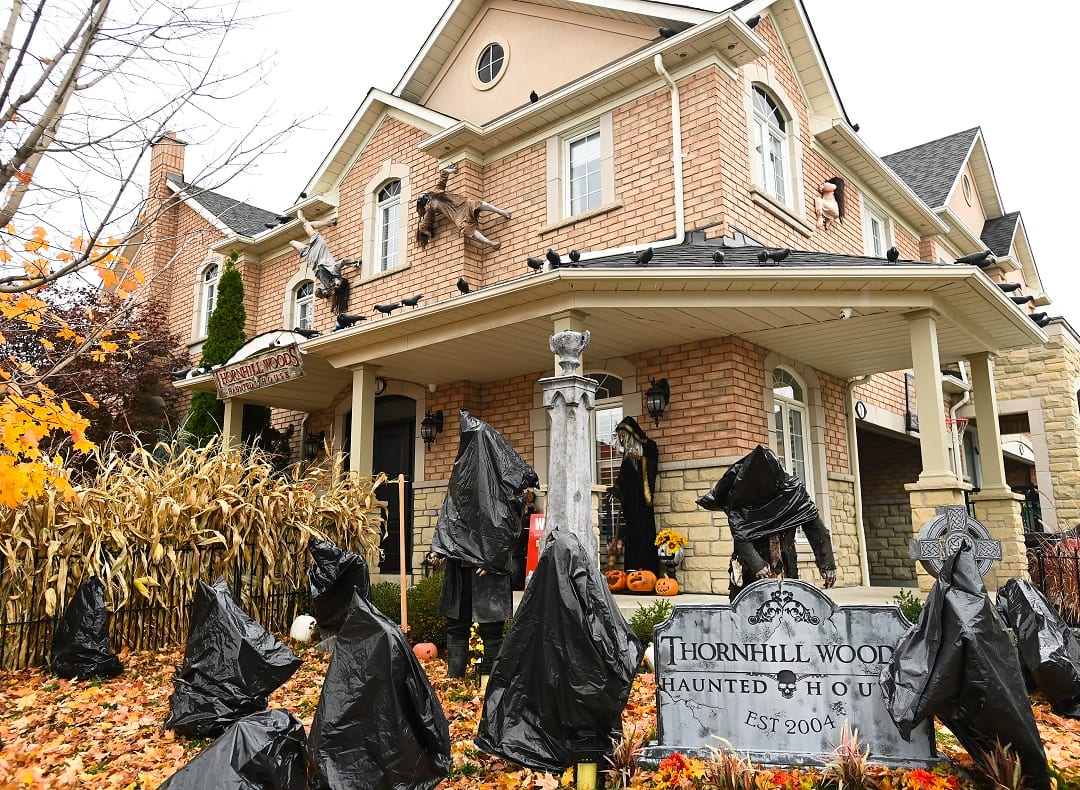 Tam said the country has lost its lead in the ongoing “dance” with COVID-19 after curbing cases over the summer, and taking it back will require discipline.

“What comes next for us this fall and winter is for every one of us to determine through our decisions and our actions,” Tam told a news conference. “Letting down our guard and letting this virus win is not an option.”

Large increases in infections were reported Friday in Alberta, Manitoba, Ontario and Quebec. 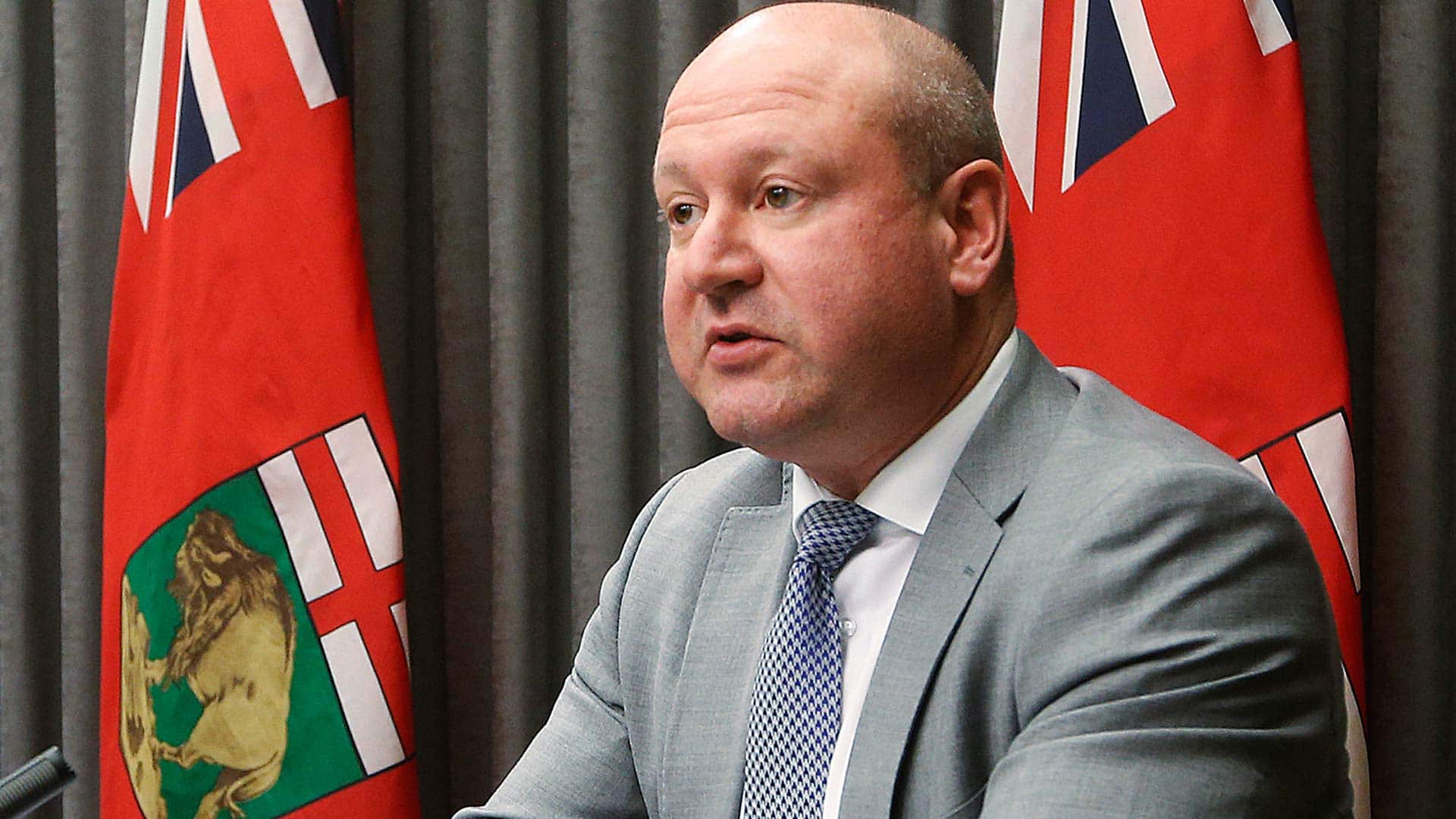 After a record-breaking day for COVID-19 cases in Manitoba, the province announced more restrictions for the Winnipeg area and prepared for an influx of cases at hospitals. 2:14

The restrictions are to be in place for at least two weeks and will be reassessed at that time, said Dr. Brent Roussin, chief provincial public health officer.

The new measures were announced as 12 doctors in the province published a letter on Friday in the Winnipeg Free Press directed toward the premier and health minister, stating it’s time for a provincewide shutdown.

As of  6 a.m. ET on Saturday, Canada had 231,999 confirmed or presumptive coronavirus cases, with 27,952 of those active. Provinces and territories listed 193,937 as recovered or resolved. A CBC News tally of deaths based on provincial reports, regional health information and CBC’s reporting stood at 10,110.

Ontario reported another 896 cases of COVID-19 and nine new deaths on Friday, with 796 recoveries. Its seven-day average of daily cases has now climbed above 900 for the first time in the pandemic.

Prime Minister Justin Trudeau said his children will not be trick-or-treating this year because Ottawa is considered one of Ontario’s hot spots.

The province has recommended against going door-to-door for candy in the modified Stage 2 public health unit regions of Ottawa, Peel Region, Toronto and York Region.

In Quebec, children can go out as long as they stay with members of their own household. Health officials in British Columbia are recommending people keep their trick-or-treating groups to six people or fewer.

Ontario Premier Doug Ford on Friday said a plan is coming next week to ease COVID-19 restrictions in the province’s hot spots.

Ford said he has asked his health advisers to put together a strategy to allow shuttered businesses in the regions to safely reopen.

Restrictions that banned indoor dining in restaurants and bars and closed gyms were put in place in the so-called hot spots on Oct. 10. The measures were intended to be in place for 28 days and are set to expire next Saturday.

Ford could not provide any details of the plan or say how the plan would impact restaurants and gyms.

Despite Manitoba’s surge in COVID-19 cases, gyms remain open in most of the province even though the facilities are closed in Ontario and Quebec. Gym owners and patrons are increasingly frustrated and want to know why they’re paying more to contain the pandemic than other jurisdictions. 1:57

In Alberta, health officials reported a record number of new cases in a single day on Friday, with 622 new infections. There are currently 140 people in hospital with COVID-19 in Alberta, with 25 of them in intensive care. The Edmonton and Calgary health zones have about 2,000 cases each.

That comes a day after the province reported four new confirmed cases, declared an outbreak at a special care home in Balmoral and announced new isolation rules for people who travel outside the Atlantic bubble for work.

Newfoundland and Labrador reported no new cases on Friday for the fourth straight day. Three active cases remain in the province.

In Nova Scotia, officials said Friday that the state of emergency would be renewed as the province announced two new cases. The emergency status will begin at noon on Nov. 1 and run until Nov. 15, unless the province extends it.

Saskatchewan reported 76 new cases of COVID-19 on Friday, with 34 of those cases coming from the Saskatoon area. There are currently 22 people in hospital, with 16 of those receiving in-patient care.

A public health order on nightclubs is now in effect in Saskatoon, where drinking alcohol is barred between 10 p.m. and 9:30 a.m. CST, and they are required to close between 11 p.m. and 9:30 a.m. Karaoke and dance floors have been closed at the clubs, where guests are to be seated and cannot mingle between tables.

British Columbia announced in a written public statement another 272 cases of COVID-19 on Friday and one additional death. There are currently 2,390 active cases in the province.

Three new outbreaks at health-care facilities were announced by health officials, who also reminded residents not to hold large parties over the Halloween weekend.

A database maintained by Johns Hopkins University put the cumulative number of COVID-19 cases reported around the world since the pandemic began at more than 45.6 million as of Saturday morning, with more than 29.7 million of those listed as recovered. The death toll reported by the U.S.-based university stood at more than 1.1 million.

In Britain, the government is considering imposing a new national lockdown in England, after its scientific advisers warned that hospitalizations and deaths from the resurgence of the coronavirus could soon surpass the levels seen at the outbreak’s spring peak.

The Times of London says Prime Minister Boris Johnson could announce a month-long lockdown as soon as Monday, though the government says no decisions have been made. Any new lockdown would likely see non-essential businesses close and people told to stay mostly at home, though schools would remain open.

The U.K. is recording more than 20,000 new coronavirus infections a day, and government statisticians say the true figure is far higher. On Saturday the country is likely to surpass one million confirmed cases since the outbreak began. The U.K. has Europe’s highest coronavirus death toll at more than 46,000.

India has registered 48,268 new confirmed coronavirus cases in the past 24 hours, continuing a downward trend.

The country’s Health Ministry on Saturday also reported 551 additional deaths, taking total fatalities up to 121,641. The figure raises the country’s total virus tally to more than 8.1 million, behind only the U.S. Over 7.4 million people have recovered.

The slowdown in daily infections has held for more than a month, with fewer than 60,000 cases for nearly two weeks. Some experts say the trend suggests the virus may have finally reached a plateau in India, but others question the testing methods and warn that a major festival due in a few weeks and the winter season could result in a new surge.

In Sri Lanka, police have, for the first time, arrested dozens of people for not wearing masks and failing to maintain physical distancing, under the new laws imposed to contain the spread of the coronavirus.

Police spokesperson Ajith Rohana said 39 people were detained, and separately, another 221 were held for violating a curfew.

Since Thursday, the Sri Lankan government has imposed a curfew in the whole of Western province, where new outbreaks at a garment factory and the main fish market were discovered early this month. The province includes the capital Colombo.

Infections from the two clusters have grown to 6,945 by Saturday, including 633 in the last 24 hours, bringing to more than 10,000 the number of confirmed cases in the island nation, including 19 deaths. 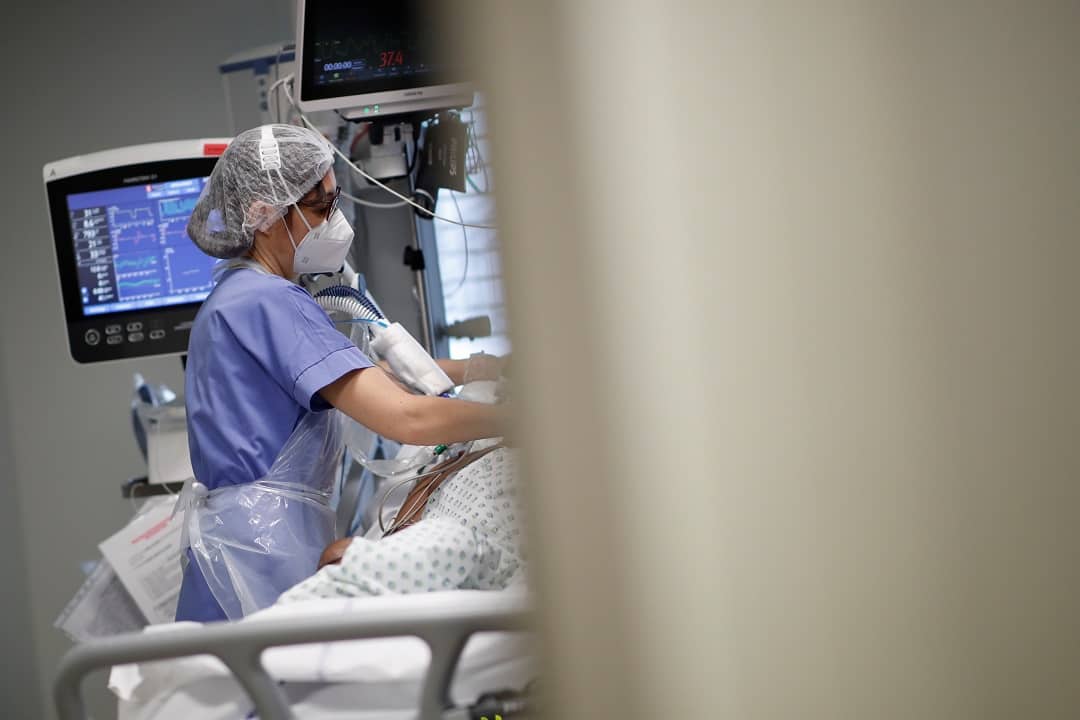 During a World Health Organization news conference, an infectious disease epidemiologist, a nurse and a software engineer share the long-term effects they’ve had after getting COVID-19. 5:38

The United States now has nine million confirmed cases of the coronavirus, according to data compiled by Johns Hopkins, as infections continue to rise in nearly every state.

It took two weeks to reach the mark from eight million, the fastest jump of one million yet. It had taken more than three weeks for the total to rise from seven million to eight million.

Confirmed U.S. cases are on the rise in 47 states. Deaths are up 14 per cent over the past two weeks, averaging more than 800 every day. The virus has now killed more than 229,000 Americans.

South Dakota broke its record for new coronavirus infections reported in one day on Friday as 1,560 people tested positive.

The new virus cases brought the number of cases statewide to 13,520, according to the state’s Department of Health. That means that roughly one out of every 65 people currently has an active infection.

The state has ranked second in the nation for new cases per person over the last two weeks, according to Johns Hopkins researchers. There were about 1,359 new cases per 100,000 people.