Toronto and Peel Region — which are both under the province’s toughest public health restrictions — accounted for 1,113 of the 1,925 cases reported on Monday, according to information from Health Minister Christine Elliott.

Three more regions in Ontario are facing tougher public health restrictions as of Monday, but none are joining Toronto or Peel at the grey, or “lockdown,” level.

Health officials have not yet updated figures about hospitalizations, but as of Sunday the provincial death toll stood at 3,772, according to a provincial COVID-19 tracking site. Hospitalizations stood at 701, with 204 people in intensive care units.

Quebec, which has seen more COVID-19 cases and deaths than any other province, was dealing with even higher hospitalization numbers. The most recent figures reported in Quebec put the number of people in hospital at 778, with 102 in intensive care.

Health officials in Quebec reported 1,691 new cases of COVID-19 on Sunday, as well as 24 additional deaths linked to the virus.

In Atlantic Canada, all four provinces each reported four new cases on Sunday.

Prince Edward Island Premier Dennis King announced on Sunday that the province would enter a two-week “circuit-breaker” lockdown Monday in a bid to curb community spread of the virus.

As of Monday, Islanders are being urged to stay home as much as possible and many non-essential services and businesses will be closed.

A statement released by health officials says there are to be “no personal gatherings” and there are limits on the number of people a household can associate with. The province is also putting caps on attendance at organized events, including religious services, weddings and funerals.

As of Sunday, P.E.I. had recorded a total of 80 cases, with 69 of them listed as recovered.

New Brunswick, meanwhile, is lifting restrictions in Moncton and Fredericton thanks to a declining COVID-19 caseload. The two areas will return to the less restrictive “yellow” level of precautions.

WATCH | Early days of PPE contracts were ‘the wild west’: 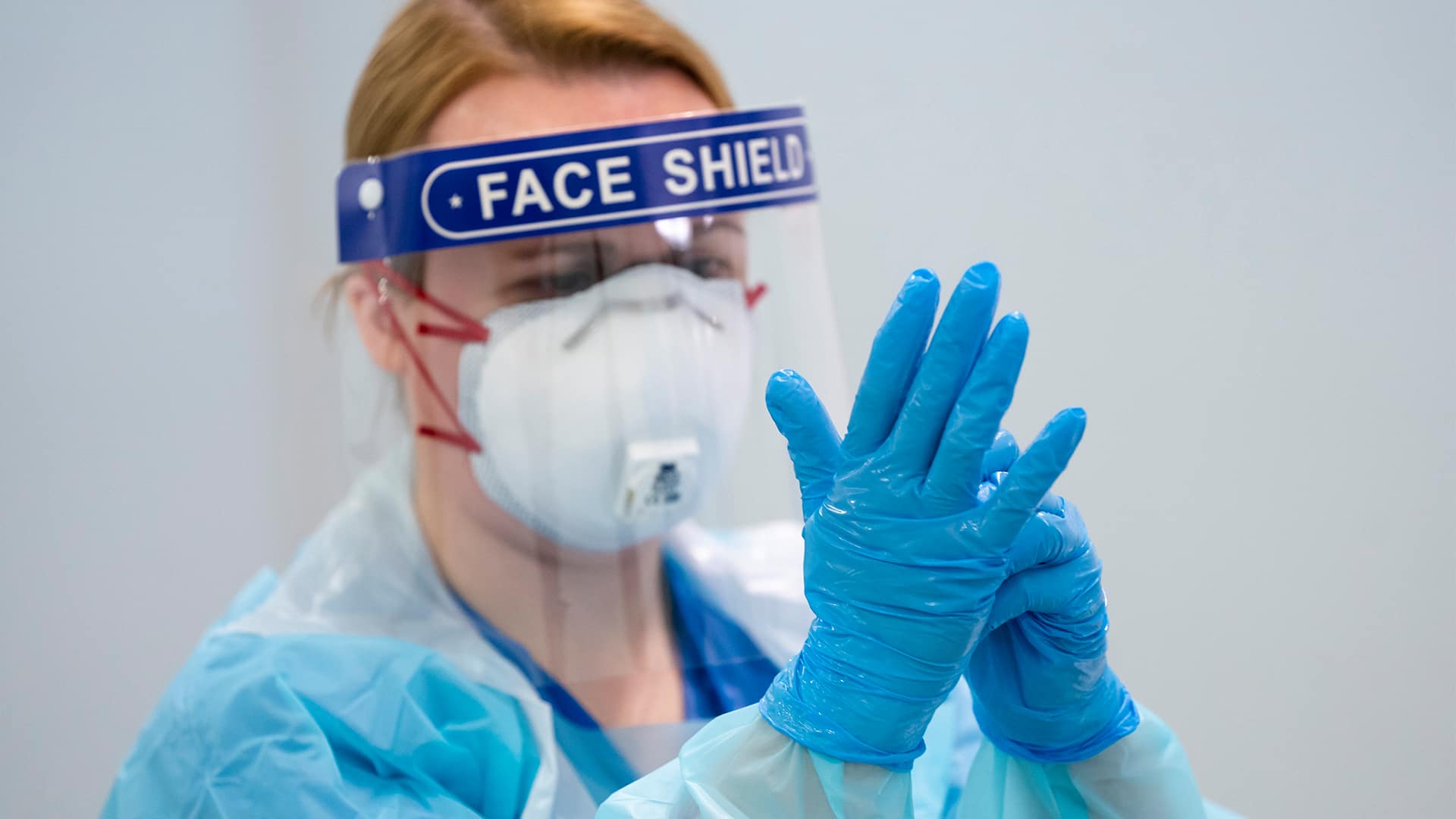 CBC News tracked some of the billions of dollars the federal government spent on personal protective equipment during the pandemic and found the early days were tumultuous and two large contracts went to companies that seemingly had no pre-pandemic experience procuring PPE. 2:19

In Alberta, which has been struggling with growing case numbers and hospitalizations, health officials on Sunday reported 1,836 new cases of COVID-19 and 19 additional deaths. That comes after a new record on Saturday, when the province reported 1,879 new cases.

COVID-19 hospitalizations in Alberta also hit a new high on Sunday, with 601 people in the province’s hospitals. Of those, 100 people were in an intensive care unit, according to a provincial report. 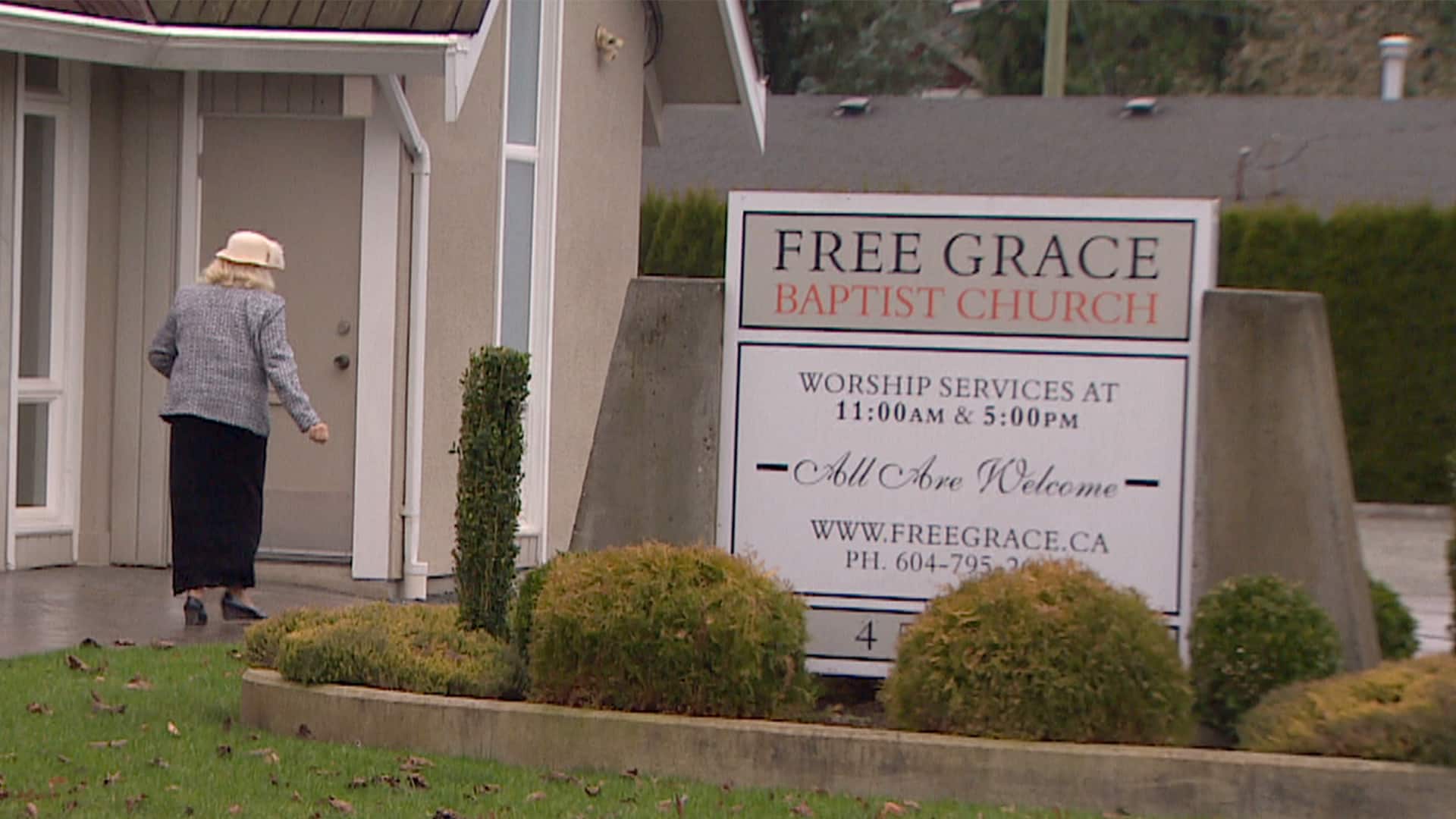 Several churches in British Columbia’s Fraser Valley held in-person services on Sunday despite a provincial health order banning in-person gatherings to prevent the spread of COVID-19. Members of the churches say they have a right to worship despite the pandemic. 1:58

In British Columbia, which doesn’t publicly report COVID-19 figures on weekends, health officials are facing an outbreak at a Fraser Valley mink farm. According to the local health authority, eight people have tested positive at the site and testing of the animals is underway.

Across the North, there were two new cases of COVID-19 reported in Nunavut — both in Arviat.

There were no new cases reported in Yukon or the Northwest Territories on Sunday.

As of early Monday morning, there were more than 67.1 million cases of COVID-19 around the world, with more than 43.1 million of those considered recovered or resolved, according to a tracking tool maintained by Johns Hopkins University. The global death toll stood at more than 1.5 million.

In the Asia-Pacific region, South Korean President Moon Jae-in called on Monday for expanded coronavirus testing and more thorough tracing as the country struggles to control its latest and largest wave of infections.

The Korea Disease Control and Prevention Agency reported 615 new coronavirus cases as of midnight Sunday, capping a month of triple-digit daily increases that have led to 8,311 confirmed patients in quarantine, the most ever.

The positive rate for the latest batch of tests was about 4.2 per cent, compared to the year’s average of 1.2 per cent, according to the KDCA.

Moon ordered the government to mobilize every available resource to track infections, and to expand testing by deploying the military and more people from the public service, presidential Blue House spokesperson Chung Man-ho told a briefing.

In Europe, Chancellor Angela Merkel’s chief of staff said he expects coronavirus vaccinations to start in Germany “in the very first days” of the new year. The trained doctor said he’s prepared to help vaccinate people himself.

European Union authorities are expected to make a decision by Dec. 29 on approving the first vaccine for use. Germany is getting special vaccination centres ready. The news comes as Britain gears up to start coronavirus vaccinations on Tuesday.

Merkel’s chief of staff, Helge Braun, told the Bild newspaper late Sunday that he will tell medical authorities he’s prepared to help. He said “that won’t work at every hour of the day or night as chief of staff, but at the weekend I’m prepared to join in.” He said that he and Merkel will get vaccinated “when it’s our turn.”

Infection figures in Germany have more or less stabilized at a high level since a partial shutdown started on Nov. 2 but haven’t decreased. On Monday, the national disease control centre reported 12,332 new cases over the past 24 hours, compared with 11,168 a week ago, and 147 new deaths.

In the Americas, Rudy Giuliani has tested positive for COVID-19, U.S. President Donald Trump said on Sunday, prompting one state legislature to close for a week after Giuliani visited to try to persuade lawmakers to help reverse Trump’s election defeat.

The U.S. has seen more than 14.7 million cases of COVID-19 and more than 282,000 deaths, according to Johns Hopkins University.

In the nation’s most populous state, California is shutting down bars, hair salons and barbershops, and allowing restaurants to remain open only for takeout and delivery service in Southern California and the San Joaquin Valley. The San Francisco Bay Area will also go into lockdown starting at 10 p.m. on Sunday night, under a different set of orders.

While individual states are rushing in often seemingly different directions, the nation as a whole is the grim leader in global infections and deaths. The United States is now reporting nearly 190,000 new infections on average each day and accounts for one in every 20 deaths reported worldwide each day.

John Nkengasong, head of the Africa Centres for Disease Control and Prevention, recently expressed concern about the potential impacts of holiday travel on health-care systems across the continent.

“During the holiday season, there will be a tendency for large movement from capital cities to villages, remote areas,
for people to connect with families,” he told a news conference from Ethiopia. “That might drive the pandemic.”

Iran’s death toll from the global pandemic has risen above 50,000, state television said Saturday, as the country grapples with the worst outbreak in the Middle East.