COVID-19 case numbers are continuing their slow but steady rise across most of Atlantic Canada.

Health officials in New Brunswick reported 14 new cases on Sunday, with the bulk of the new cases in the Saint John Region. In Nova Scotia, all 10 of the province’s new cases are in the central zone, which includes Halifax.

Newfoundland and Labrador reported four new cases, all in the Eastern Health region, while Prince Edward Island had no new cases.

While the overall numbers are far lower than what health officials are seeing in Central and Western Canada, the recent uptick in COVID-19 cases in several Atlantic provinces sparked enough concern that both Newfoundland and Labrador and P.E.I. decided to temporarily withdraw from the bubble that allowed free movement between the provinces.

Newfoundland Premier Andrew Furey told CBC’s Rosemary Barton that his province’s decision to temporarily leave the Atlantic travel bubble was a “tough decision — but it was one that we based on evidence.”

“What we want is the safety of our residents, which is why we made this decision,” Dupuis said in an interview.

Quebec long-term care homes were hit hard during the first wave of the pandemic last spring. Many facilities were under-staffed and in some cases, personnel moved between centres — allowing the virus to spread more easily.

Public health measures are ramping up in five regions across Ontario on Monday. Windsor-Essex is entering the red alert level of the province’s tiered pandemic response plan. Haldimand-Norfolk enters the orange level, while Hastings Prince Edward, Lambton and Northwestern enter the yellow zone.

The province said the regions will stay in their new categories for at least 28 days, or two COVID-19 incubation periods, before a change is considered.

Ontario reported 1,708 new cases of COVID-19 on Sunday and 24 additional deaths, bringing the provincial death toll to 3,648. The number of people in hospital with COVID-19 stood at 586, with 156 in intensive care. 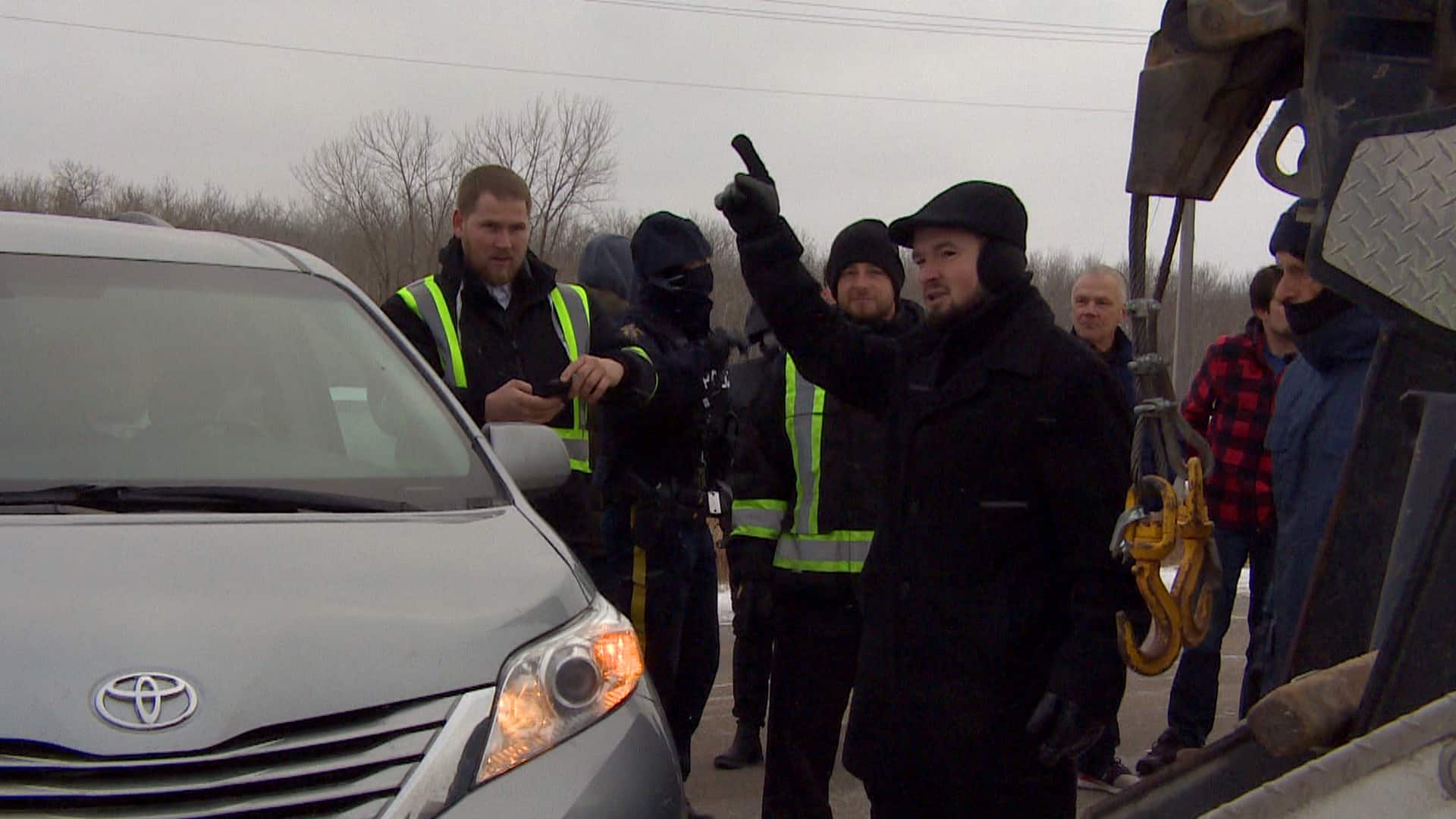 Members of a church in Steinbach, Man., a COVID-19 hotspot, clashed with the RCMP when they tried to enforce public health measures prohibiting all gatherings, including religious services. The pastor said officers were ‘blocking God.’ 2:35

Alberta reported 1,608 new cases of COVID-19 on Sunday, the second highest daily total in the province since the pandemic began. The province, which has reported a total 533 deaths, said Sunday that there were 435 people hospitalized with COVID-19. Ninety-five of those people were being treated in intensive care units.

In British Columbia, which doesn’t provide COVID-19 data on weekends, a church in Langley was hit with a $2,300 fine for holding an in-person religious service, which is currently prohibited.

Across the North, Nunavut reported 13 new cases of COVID-19 on Sunday. There were no new cases reported in Yukon or the Northwest Territories.

Have questions about COVID-19 in Canada? Join Adrienne Arsenault and Andrew Chang of The National for a virtual town hall.

From The Associated Press and Reuters, last updated at 8:40 a.m. ET

As of early Monday morning, more than 62.7 million cases of COVID-19 had been reported worldwide, with more than 40.1 million of those considered recovered or resolved, according to Johns Hopkins University. The global death toll stood at more than 1.4 million.

Moderna Inc. said it would ask U.S. and European regulators Monday to allow emergency use of its COVID-19 vaccine as new study results confirm the shots offer strong protection — ramping up the race to begin limited vaccinations as the coronavirus rampage worsens.

Multiple vaccine candidates must succeed for the world to stamp out the pandemic, which has been on the upswing in the U.S. and Europe. U.S. hospitals have been stretched to the limit as the nation has seen more than 160,000 new cases per day and more than 1,400 daily deaths.

Moderna is just behind Pfizer and its German partner BioNTech in seeking to begin vaccinations in the U.S. in December. Across the Atlantic, British regulators also are assessing the Pfizer shot and another from AstraZeneca.

In the Asia-Pacific region, Vietnam confirmed on Monday its first locally transmitted case of the coronavirus in nearly three months, after the infection of a man related to a flight attendant who had tested positive after returning from Japan two weeks ago.

The country’s health minister ordered provinces and state agencies to tighten screening and controls and contact tracing efforts were launched after the 32-year-old man was confirmed as the first reported domestic infection in 89 days.

With its strict quarantine and tracking measures, Vietnam has managed to quickly contain its coronavirus outbreaks, allowing it to resume its economic activities earlier than much of Asia.

Vietnam crushed its first wave of coronavirus infections in April and went nearly 100 days without local transmission until the virus re-emerged and was quickly contained in the central city of Danang in July.

Cambodia’s Education Ministry has ordered all state schools to close until the start of the next school year in January after a rare local outbreak of the coronavirus.

Cambodia has reported only 323 cases of the virus since the pandemic began, most of them acquired abroad, with no confirmed deaths.

Indonesia reported a record daily rise in coronavirus infections on Sunday with 6,267 cases, bringing the total to 534,266, data from the country’s COVID-19 task force showed.

In the Americas, U.S. health authorities will hold an emergency meeting this week to recommend that a coronavirus vaccine awaiting approval be given first to health-care professionals and people in long-term care facilities.

Health officials are preparing for a wave of cases in the next two or three weeks that could be tied to holiday gatherings.

Los Angeles County, for example, will impose a lockdown calling for its 10 million residents to stay home beginning Monday. 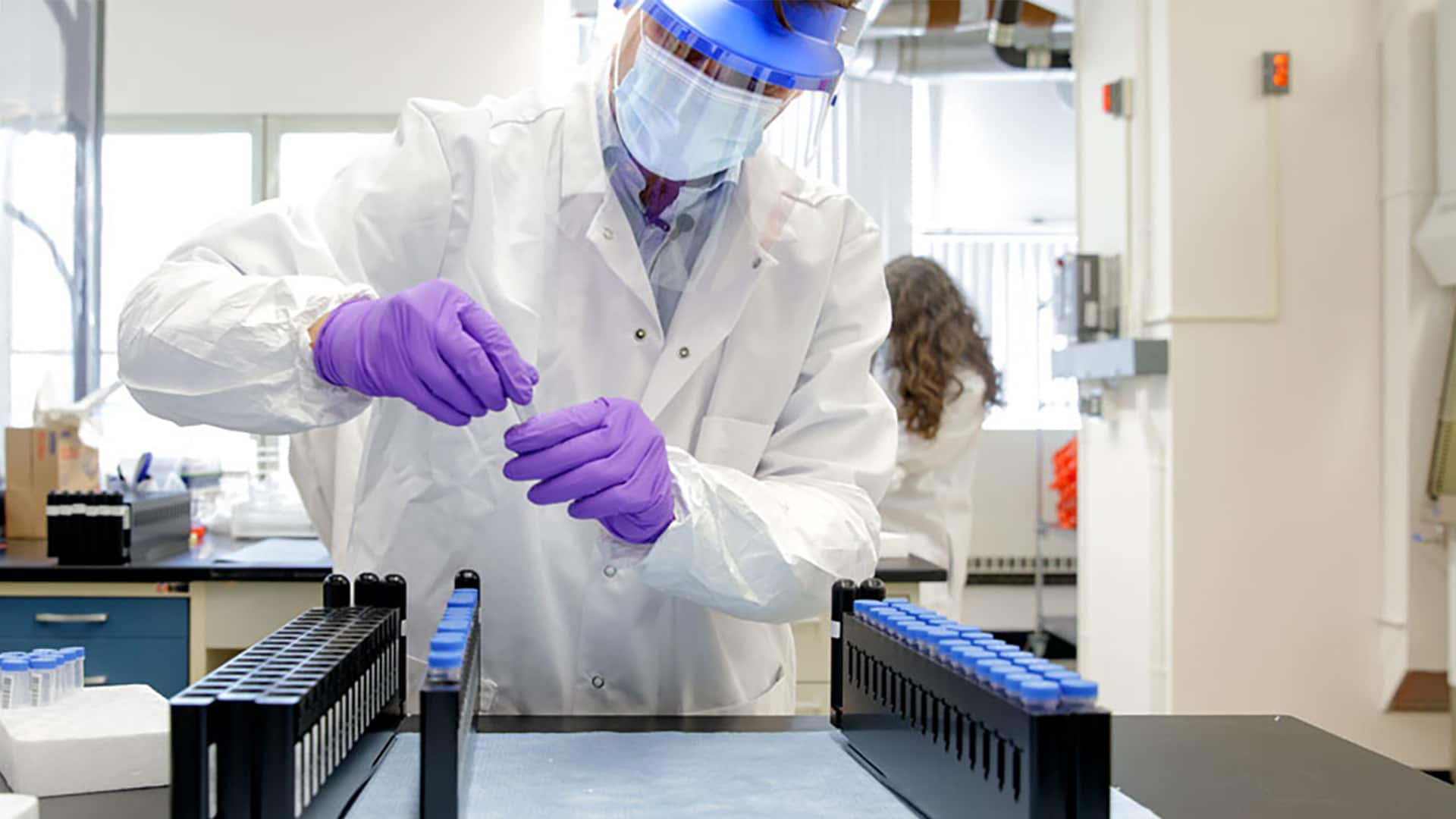 At the start of the school year, Cornell University implemented a strategy of regular testing and robust contact tracing on campus. The plan was expensive, but it’s prevented any major COVID-19 outbreaks at the New York institution. 8:19

The state reported 7,415 coronavirus hospitalizations on Sunday, citing the most recently available data from the previous day. More than 1,700 of those patients were in intensive care units. California’s previous record was 7,170 in July.

As of Sunday, California has had nearly 1.2 million confirmed coronavirus cases and more than 19,000 deaths since the pandemic began. The state reported around 15,600 new cases on Saturday.

In Africa, mass vaccination against COVID-19 is unlikely to start in Africa until midway through next year and keeping vaccines cold could be a big challenge, the continent’s disease control group said.

Kenya’s central bank has cut its forecast for 2020 economic growth by more than half, joining the Treasury in realizing that the coronavirus had inflicted more damage to the economy than previously thought.

In Europe, Belgium will let shops reopen from Tuesday, but keep other curbs over the festive period, while Italy will ease anti-COVID-19 restrictions in five regions from Sunday. Ireland will allow shops, restaurants, gyms and pubs serving food to reopen next week, and permit travel between counties from Dec. 18.

Italy reported 541 coronavirus-related deaths on Sunday, against 686 the day before, and 20,648 new infections, down from 26,323 on Saturday, the health ministry said.

While Italy’s daily death tolls have been among the highest in Europe over recent days, the rise in hospital admissions and intensive care occupancy is slowing, suggesting the latest wave of infections was receding.