The U.S. Centers for Disease Control and Prevention is stepping up efforts to track coronavirus mutations and keep vaccines and treatments effective against new variants until collective immunity is reached, the agency’s chief said on Sunday.

Dr. Rochelle Walensky spoke about the rapidly evolving virus during a Fox News Sunday interview as the number of Americans known to be infected surpassed 25 million, with more than 419,000 dead, just over a year after the first U.S. case was documented.

Walensky, who took over as CDC director the day President Joe Biden was sworn in, also said the greatest immediate culprit for sluggish vaccine distribution was a supply crunch worsened by inventory confusion inherited from the Trump administration.

“The fact that we don’t know today, five days into this administration, and weeks into planning, how much vaccine we have just gives you a sense of the challenges we’ve been left with,” she told Fox News Sunday.

Biden’s transition team was largely excluded from the vaccine rollout deliberations for weeks after his election, as then president Donald Trump refused to concede defeat and permit access to information his successor needed to prepare to govern.

In a separate interview on NBC’s Meet the Press, Ron Klain, Biden’s chief of staff, said a plan for distributing the vaccine, particularly beyond nursing homes and hospitals, “did not really exist when we came into the White House.”

Walensky said she was confident the government would soon resolve supply questions, and go on to dramatically expand vaccine production and distribution by late March.

Uncertainty over immediate supplies, however, will hinder efforts at the state and local levels to plan ahead for how many vaccination sites, personnel and appointments to set up in the meantime, exacerbating short-term shortages, she said.

Vaccination has become ever more urgent with the recent emergence of several coronavirus variants believed to be more transmissible, and in the case of one strain first detected in Britain, possibly more lethal.

“We are now scaling up both our surveillance of these and our study of these,” Walensky said, noting that the CDC was collaborating with the National Institutes of Health, the Food and Drug Administration and even the Pentagon.

The object, she said, was to monitor “the impact of these variants on vaccines, as well as on our therapeutics,” as the virus continues to mutate while it spreads.

Although British officials on Friday warned that the variant of the coronavirus first identified in the U.K., already detected in at least 20 U.S. states, was associated with a higher level of mortality, scientists have said existing vaccines still appeared to be effective against it.

“We’re in a race against these variants,” said Vivek Murthy, nominated by Biden to become the next U.S. surgeon general, on ABC’s This Week program on Sunday.

Dr. Anthony Fauci, the nation’s leading infectious disease specialist, said in late December he was optimistic the United States could achieve enough collective immunity to regain “some semblance of normality” by the fall of 2021.

But Murthy said getting to herd immunity before a new school year begins in September was “an ambitious goal.” Nevertheless, Murthy suggested the government may exceed Biden’s objective of 100 million vaccinations in the first 100 days of his presidency, telling ABC News, “That’s a floor; it’s not a ceiling.”

Fauci, appearing separately on CBS News’ Face the Nation, said the 100-million goal includes those who may have received both injections of the two-dose vaccines and those who only got the first.

About 21.8 million Americans, or about 6.5 per cent of the population, have received at least one dose of vaccine to date, of the 41.4 million doses shipped, CDC data showed on Sunday. 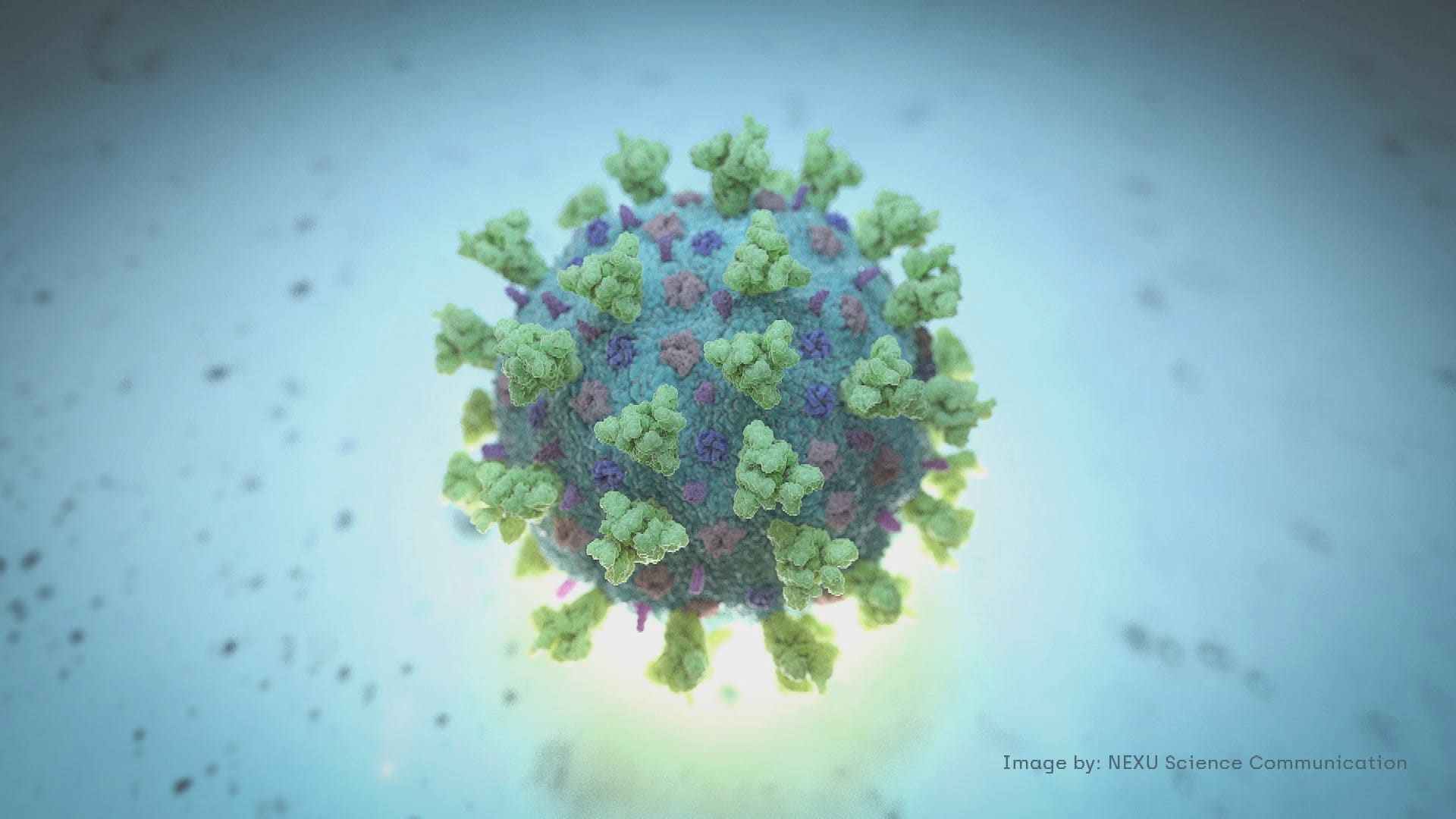 The House of Commons is back in session on Monday, albeit with virtual attendance, after a six-week break. The minority federal government’s handling of the national COVID-19 vaccination campaign is expected to dominate the agenda.

In hard-hit Ontario, meanwhile, schools in seven public health units will reopen for in-person classes on Monday. Education Minister Stephen Lecce said that means 100,000 students will be returning to the classroom for the first time since before the winter break.

The province is implementing more safety measures in areas where schools are reopening, including requiring students in Grades 1 through 3 to wear masks indoors and when physical distancing isn’t possible outside as well. It’s also introducing “targeted asymptomatic testing” and enhanced screening protocols in those regions.

As of early Monday morning, more than 99.2 million cases of COVID-19 had been detected worldwide, with more than 54.8 million of those cases considered recovered or resolved, according to a database maintained by Johns Hopkins University. The global death toll stood at more than 2.1 million.

In the Asia-Pacific region, Hong Kong has formally approved use of the Fosun Pharma-BioNTech vaccine, the city government said on Monday, the first COVID-19 vaccine to be accepted in the Asian financial hub.

The first batch of around one million doses is expected to arrive in the second half of February, the government said in a statement. The move comes with Hong Kong lagging other developed cities in rolling out vaccines and after mainland China started its vaccine program in July last year.

Fosun Pharma is German drug manufacturer BioNTech’s partner in Greater China including in special administrative regions Hong Kong and Macau. Fosun is responsible for cold-chain management, storage and distribution. China’s Sinovac vaccine is likely to arrive in Hong Kong after BioNTech’s vaccine in February, with AstraZeneca’s vaccine due by the middle of the year.

Home to 7.5 million residents, Hong Kong has a separate approval process from the mainland for vaccines. The city has recorded nearly 10,000 coronavirus cases and 166 deaths since January 2020. Cases have spiked over the past week after an outbreak in an old residential building located in a busy commercial and residential area.

In China, a vaccination program for emergency use started in July with products from domestic manufacturers Sinopharm and Sinovac Biotech. The program was widened in December to focus on additional priority groups including employees in the cold-chain industry, transportation sector and fresh food markets.

Australia has suspended its partial travel bubble with New Zealand after New Zealand reported its first coronavirus case outside of a quarantine facility in two months.

In Europe, British Prime Minister Boris Johnson said on Monday he was looking at toughening border quarantine rules because of the risk of “vaccine-busting” new coronavirus variants.

Norway will widen the capital region’s lockdown from Monday, increasing the number of affected municipalities to 25, while Sweden said on Sunday it would temporarily stop all foreigners coming in from Norway from midnight.

German police said hundreds of cars and pedestrians are lining up at border crossings along the Czech-German border after Germany declared the Czech Republic a high risk area in the pandemic, meaning it requires proof of a negative coronavirus test result before entry.

At the crossings in Waldmuenchen and Fuerth im Wald, authorities said hundreds of cars lined up on the Czech side trying to get into Germany in the early morning hours. Further backup was expected during the day Monday.

In the Americas, Mexican President Andres Manuel Lopez Obrador said he has tested positive for COVID-19.

In the Middle East, Israel will ban passenger flights in and out of the country from Monday evening for a week.

Oman will extend the close of its land borders for another week until Feb. 1.

In Africa, four Zimbabwean cabinet ministers have died of COVID-19, three within the past two weeks, highlighting a resurgence of the disease that is sweeping through the southern African country.

President Emmerson Mnangagwa said the coronavirus is reaping a “grim harvest” in the country.

“The pandemic has been indiscriminate. There are no spectators, adjudicators, no holier than thou. No supermen or superwomen. We are all exposed,” Mnangagwa said in a nationally televised address.