As Canada approaches 400,000 confirmed cases of COVID-19, federal officials are making preparations for the first vaccine doses to be administered in January.

Maj.-Gen. Dany Fortin, a former NATO commander in Iraq who is leading vaccination logistics at a new national operations centre in the Public Health Agency of Canada, laid out the rollout plan at a press conference Thursday.

The initial supply of the doses will be limited — just three million Canadians are expected to get shots in the first three months of 2021. Millions more doses are expected to arrive as the supply chain stabilizes.

WATCH | How Canada is preparing for vaccine distribution: 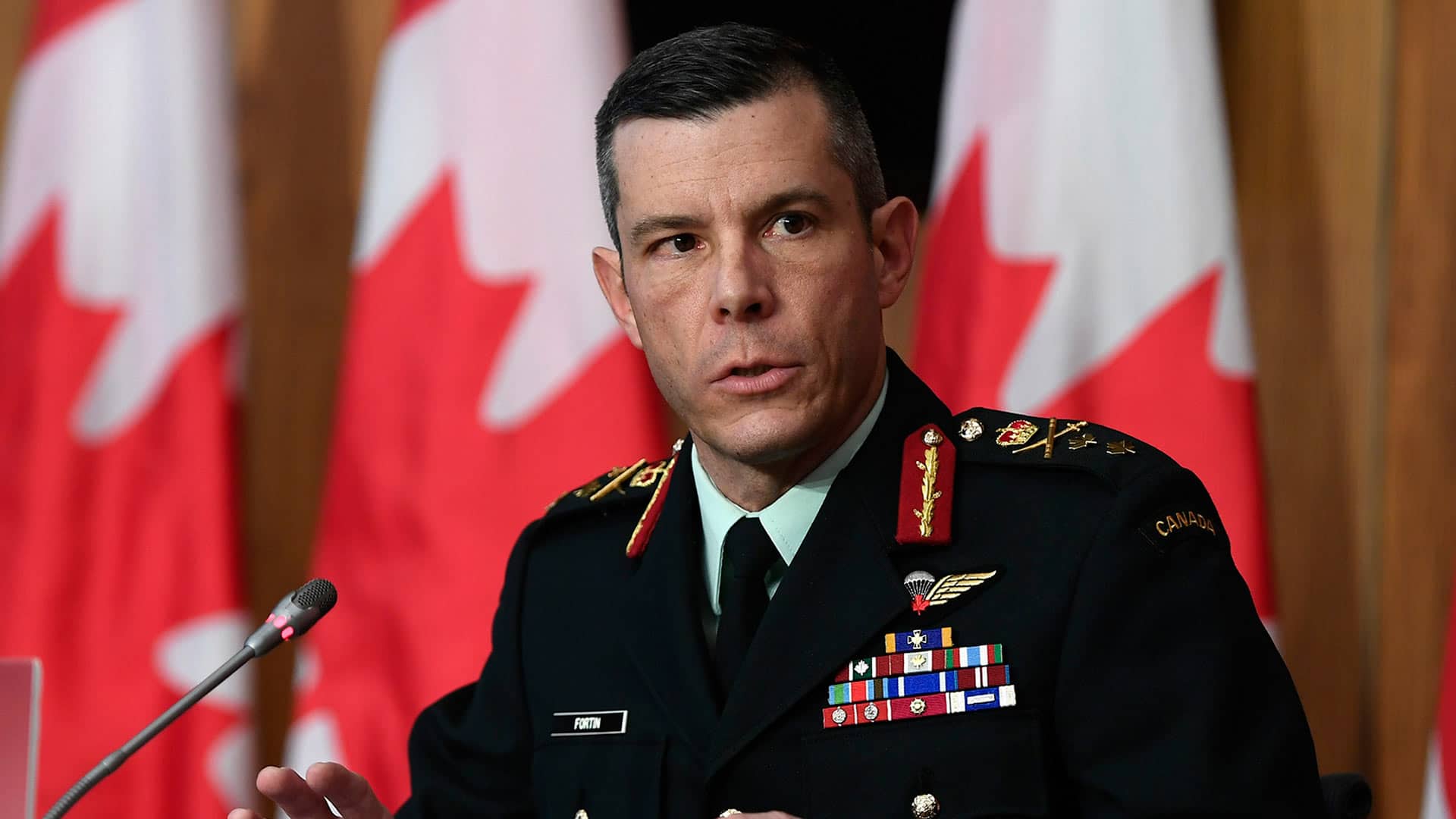 Federal officials provided a clearer picture of how the COVID-19 vaccine will be distributed across Canada, saying the first doses are expected to be administered In January. 2:12

One of the principal challenges facing the immunization effort is the distribution of vaccines that must be kept at very low temperatures. Vaccines from Pfizer and Moderna, which are expected to be the first approved for use in the country, need to be kept at approximately -80 C and -20 C, respectively, to remain stable.

Eventually, there will be 205 “points of issue” locations across the country where health-care professionals can administer the vaccine, Fortin said.

It will be up to the provinces and territories to specify where and when individual Canadians will be inoculated.

In British Columbia, the province’s top doctor said the first shots should be available in B.C. early in the new year, with the first priority likely being to immunize the most vulnerable populations, including residents of long-term care homes, as well as health-care workers.

“We’re going to make sure we are absolutely ready by then,” Dr. Bonnie Henry said. “We are planning to be able to put vaccine into arms in the first week of January.”

If everything goes according to plan, everyone in the province who wants the COVID-19 vaccine will be immunized by next September, Henry said. She said a more detailed plan for vaccine rollout will be available early next week.

Ontario Premier Doug Ford echoed Henry’s assertion that the province will be ready when the first supply of vaccines is approved and available in early 2021, but said he still has many questions — specifically which vaccines will be coming to Ontario, how many, and when they will land.

On Friday, Ontario announced the nine members of its vaccine distribution task force, which is headed by retired chief of national defence staff Rick Hillier. Key tasks include delivery, logistics and administration, clinical guidance as well as public education and outreach.

“We can’t force someone to take a vaccine. That’s clear,” Williams said. But what the province can do, he noted, is make proof of a vaccine mandatory to access certain settings, such as long-term care facilities.

Furey said N.L.’s challenges differ from those seen in other jurisdictions, and the province has accepted military advice and expertise on distribution.

WATCH | An inside look at the scramble to mass-produce a COVID-19 vaccine:

A major vaccine manufacturer in India scrambling to mass produce the AstraZeneca COVID-19 vaccine so it can get into the arms of billions opened its doors to CBC News. 3:01

At a COVID-19 briefing on Friday, the head of the World Health Organization said recent progress on vaccines is positive but the agency is concerned this has led to a growing perception that the pandemic is over.

“The truth is that at present, many places are witnessing very high transmission of the COVID-19 virus, which is putting enormous pressure on hospitals, intensive-care units and health workers,” said Director General Tedros Adhanom Ghebreyesus.

Tedros said the pandemic still has a long way to run and that decisions made by citizens and governments would determine its course in the short run and when it will ultimately end.

In Atlantic Canada, New Brunswick reported eight new cases of COVID-19 on Friday. Officials there have expressed hope that the Moncton and Frederiction regions could soon return to the yellow phase of recovery from the more restrictive orange phase.

“We are seeing some progress, people are following public health advice and measures,” said Dr. Jennifer Russell, the chief medical officer of health. However, the Saint John region, which is currently also in the orange phase, is a bit further behind, Russell said.

WATCH | N.B. officials on how residents can have a yellow Christmas: 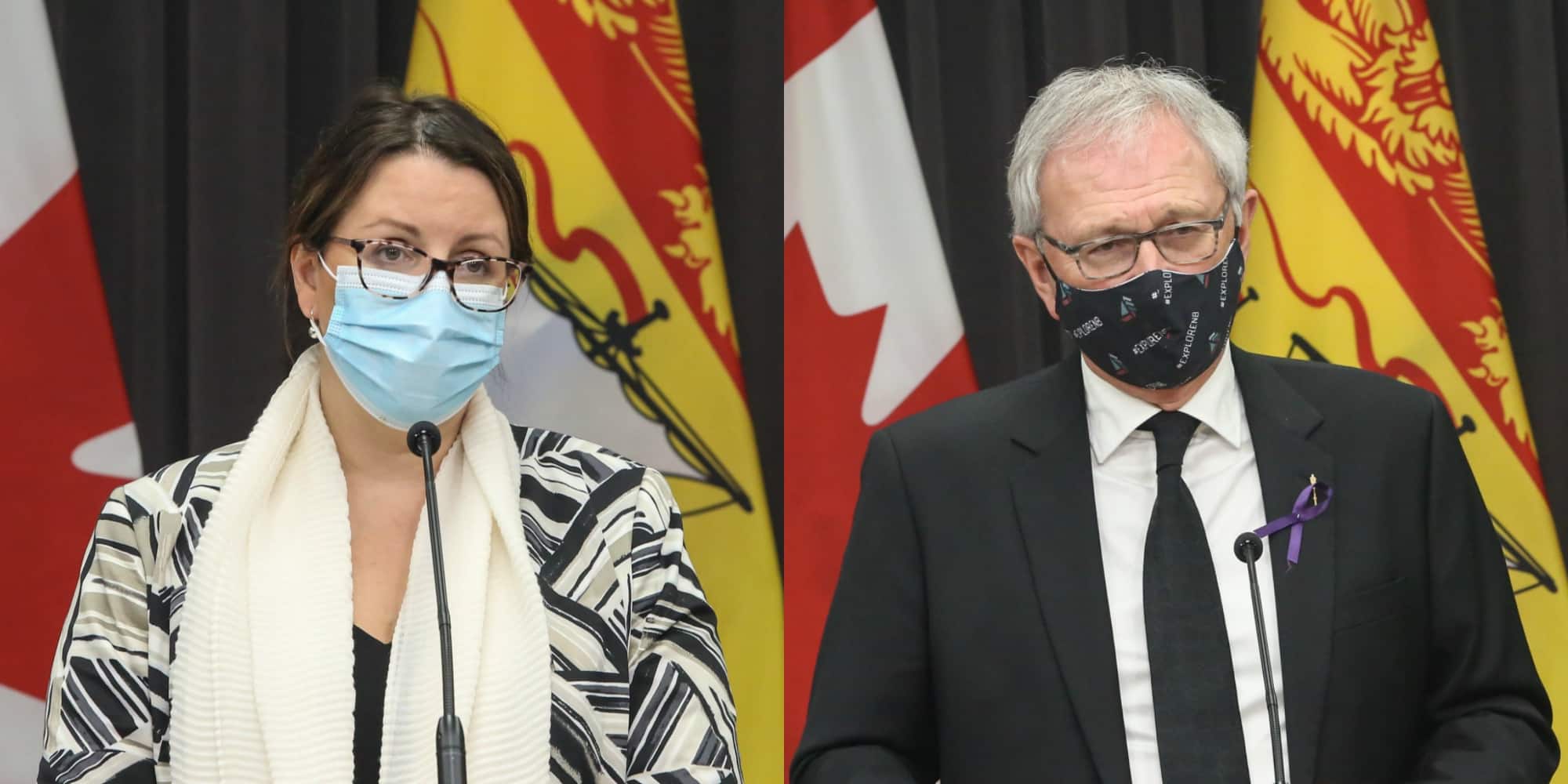 Premier Blaine Higgs and Dr. Jennifer Russell explain what New Brunswickers can do to get a yellow Christmas. 3:30

Prince Edward Island announced one new case of COVID-19 on Thursday, as Premier Dennis King said P.E.I. will not rejoin the Atlantic bubble until at least Dec. 21.

Newfoundland and Labrador reported no new cases on Thursday. It was the first day the province had gone without a new case in more than two weeks.

Starting Friday, inspectors and police will be more visible in malls and shops to make sure businesses are complying with public health measures including a maximum capacity of customers and signs about distancing rules.

The province has cancelled plans to allow gatherings over the December holidays in light of a rise in COVID-19 cases, hospitalizations and deaths.

Ontario reported 1,780 new cases of COVID-19 and 25 new deaths on Friday, as the seven-day average of new daily cases dropped slightly to 1,759.

The province reached a key threshold when it comes to the number of patients in intensive care earlier than modelling had predicted, with 203 COVID-19 patients being treated in intensive care on Thursday, according to a report by Critical Care Services Ontario.

“It is concerning that we are ahead of schedule,” said Dr. Michael Warner, medical director of critical care at Michael Garron Hospital in Toronto.

In Manitoba, the number of people in hospital with COVID-19 climbed to a record 357, with 52 of those people in intensive care, matching a previous single-day record for patients in critical care.

“We know that [this] is putting too much strain on our capacity in the health-care system. The numbers are too high,” said Dr. Brent Roussin, Manitoba’s chief public health officer.

In Saskatchewan, an updated surge plan projected as many as 560 new cases of COVID-19 a day in the province — a doubling of current levels — by Dec. 15.

The province reported 259 new cases and one additional death on Thursday.

Alberta again broke records on Thursday with 1,854 new cases and a positive-test rate of 9.5 per cent. The province also reported 14 new deaths.

Dr. Deena Hinshaw, the province’s chief medical officer of health, said she is particularly concerned about the spread of COVID-19 into rural areas. Among the 15 geographic areas with the highest active case rates in the province, one-third of them are outside Calgary and Edmonton.

Provincial Health Officer Dr. Bonnie Henry said adult sports and fitness activities have become a major source of infection in recent weeks, accounting for something between 10 and 15 per cent of new cases.

All indoor and outdoor adult team sports are now prohibited in the province, and children’s programs have returned to earlier, more restrictive guidelines.

In the North, Nunavut reported eight new cases on Friday, all in the hamlet of Arviat, which remains under restrictions.

Chief Public Health Officer Dr. Michael Patterson said the number of active cases of COVID-19 in the territory continues to fall, but it will be some time before community outbreaks are officially over. Nunavut lifted a two-week territory-wide lockdown on Wednesday.

Yukon confirmed one new case of COVID-19 on Thursday, while the Northwest Territories did not report any new cases.

From The Associated Press and Reuters, last updated at 12 p.m. ET

As of Friday afternoon, there were more than 65.4 million reported cases of COVID-19 worldwide, with more than 42.1 million of those listed as recovered or resolved, according to a tracking tool maintained by U.S.-based Johns Hopkins University. The global death toll stood at more than 1.5 million.

In the Americas, U.S. president-elect Joe Biden said on Thursday he would publicly take a vaccine to demonstrate its safety to the public and pledged to retain the nation’s top adviser on the pandemic, Dr. Anthony Fauci, when he takes office next month.

“People have lost faith in the ability of the vaccine to work,” Biden told CNN in an interview that aired on Thursday.

Fauci, director of the National Institute of Allergy and Infectious Diseases and a member of President Donald Trump’s coronavirus task force, met with Biden’s advisers on the pandemic earlier in the day.

The United States set single-day records for new infections and deaths on Thursday as California’s governor said he would impose some of the nation’s strictest stay-at-home orders in the coming days, when intensive care units are expected to reach capacity.

In Europe, Norway’s Health Minister Bent Hoeie said some 1.2 million people, chiefly those in high-risk groups and health workers, will get the vaccine when it becomes available. The remainder of Norway’s population of 5.4 million are expected to get the vaccine in the spring.

In Spain, Health Minister Salvador Illa said the government hopes to vaccinate between 15 and 20 million people by next May or June, with more to follow. It hopes to begin vaccinating next month and receive more than 140 million vaccine doses in all.

Croatia has ordered 5.6 million doses of coronavirus vaccines and will start giving shots to people as soon as the vaccines are authorized for use in the European Union, health officials said.

Meanwhile, the Czech Republic has launched a coronavirus testing program for the country’s teachers as students gradually return to school. The program that started Friday and continues to Dec. 18 is designed to test up to 170,000 teachers. The free program is voluntary and uses rapid antigen tests.

The Czech government also plans to make COVID-19 tests available to all citizens, possibly starting Dec 18. In November, the country started testing residents of all nursing and retirement homes.

In the Asia-Pacific region, South Korea has recorded 629 new coronavirus cases over the past 24 hours, the highest daily tally in about nine months.

After successfully suppressing two previous outbreaks this year, South Korea has been grappling with a fresh spike in infections since it relaxed stringent physical distancing rules in October. Last week, it toughened distancing restrictions in the greater Seoul area and other places.

In Africa, South Africa on Thursday tightened some COVID-19 rules in the Eastern Cape province where infections are rising the most, curbing movement and gatherings, but decided against reinstating a nationwide lockdown.

South Africa has recorded the highest number of coronavirus infections on the African continent, with more than 760,000 confirmed cases and more than 20,000 deaths.

In the Middle East, the island kingdom of Bahrain said Friday it has become the second nation in the world — after the U.K. — to grant an emergency-use authorization for the coronavirus vaccine made by Pfizer and its German partner BioNTech.

Bahrain, which had already granted an emergency-use authorization for a Chinese vaccine made by Sinopharm, did not immediately say how may vaccines it has purchased.

A partial lockdown will begin this weekend in the Gaza Strip after infections spiked in the densely populated territory.

In Turkey, President Recep Tayyip Erdogan said he would get vaccinated against the coronavirus to set an example for his country’s citizens and that the government plans to buy multiple vaccines.