Tougher restrictions are coming to Winnipeg as Manitoba’s COVID-19 caseload ticks upward, while Ontario’s premier is urging gym enthusiasts in hard-hit regions not to venture elsewhere to work out.

Manitoba reported a record-high 173 new COVID-19 infections on Thursday and currently has a per-capita active case count second only to Quebec. It marked the third day in a row that Manitoba had a record number of positive tests.

The percentage of people testing positive has also jumped sharply in recent days — to 4.9 per cent provincewide and 5.8 per cent in Winnipeg. Canada’s national positivity rate is 2.1.

WATCH | How one Manitoba gathering led to 40 cases: 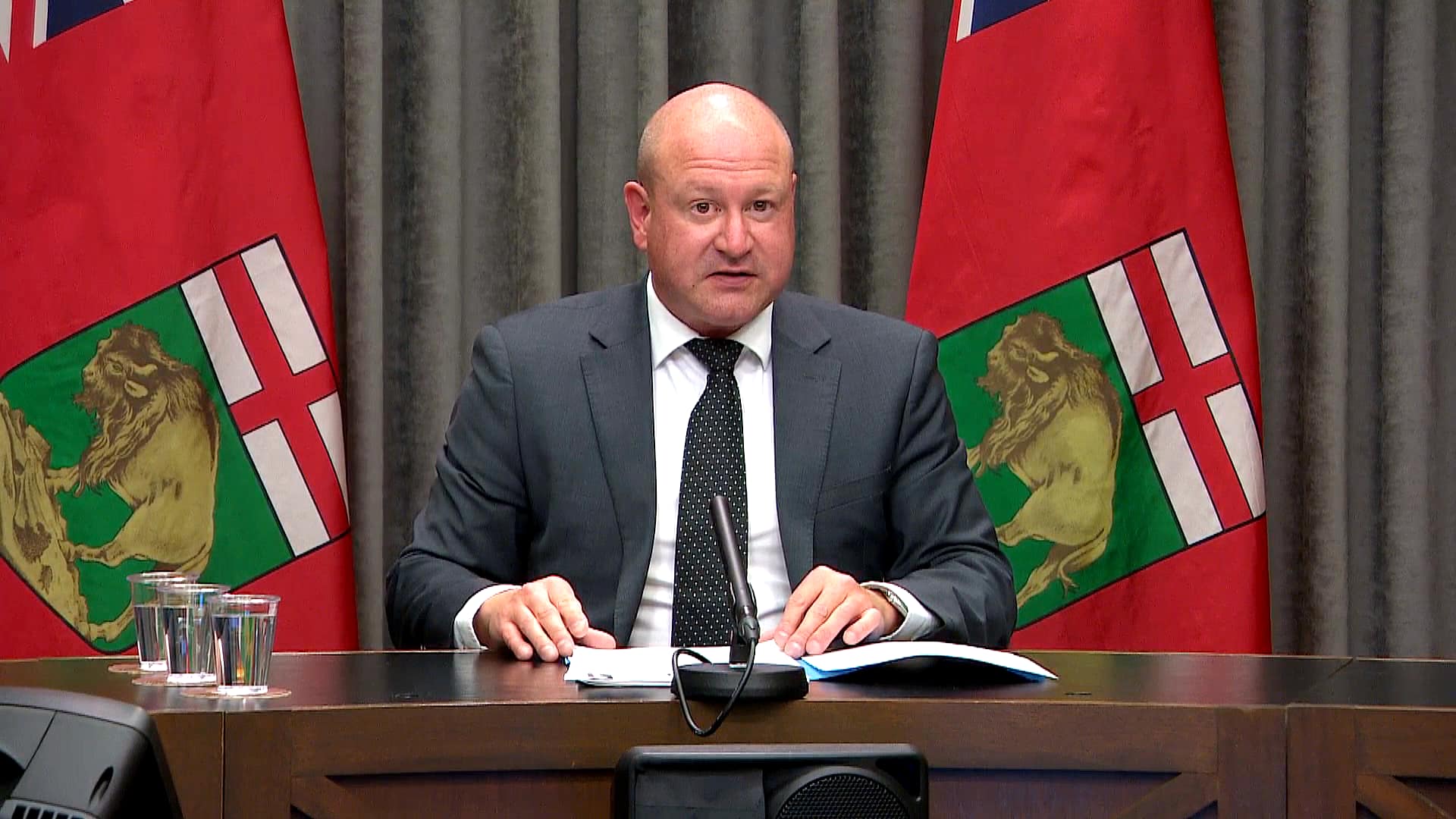 Dr. Brent Roussin, Manitoba’s chief public health officer, explains how one person going to a gathering while sick led to dozens of people being infected and hundreds having to self-isolate. 2:05

Ontario reported over 780 new coronavirus infections on Thursday along with five additional deaths.

Last Saturday, the province imposed new restrictions in three hot spots: Ottawa, Toronto and Peel Region, west of Toronto. Indoor dining at restaurants and bars is prohibited. Gyms, movie theatres and casinos are closed. The measures are to last at least 28 days.

Premier Doug Ford said Thursday that he’s heard of people going outside the hard-hit zones to use gyms where restrictions are looser.

“Folks, I’ve just got to ask you try to work out at home,” he said. “Big fitness clubs are saying they don’t want you to come there.”

WATCH | Health minister urges Ontarians to stay within their own regions: 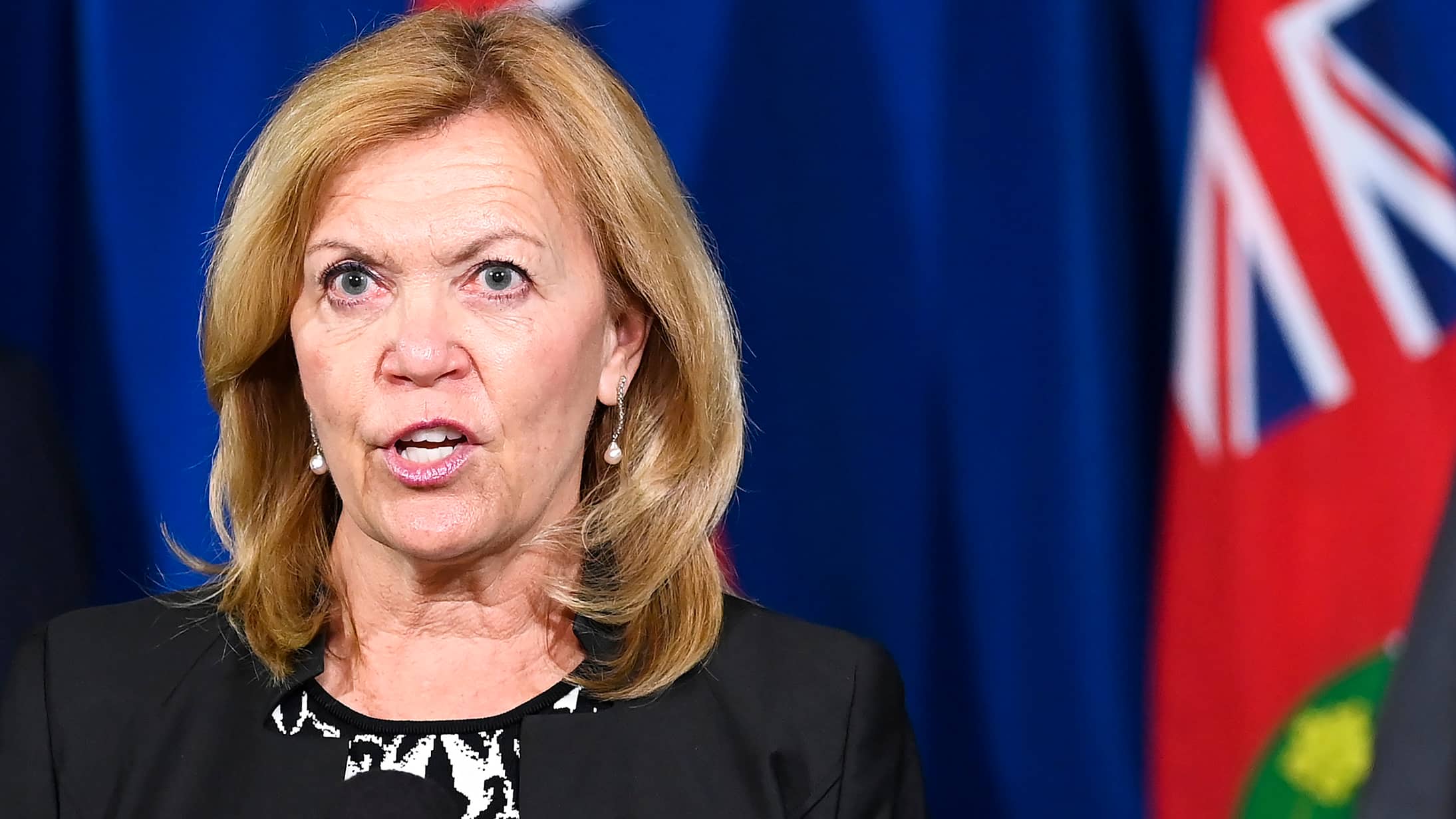 To reduce spread of COVID-19 in Ontario, Health Minister Christine Elliott is asking residents to stay within their own regions and take up home workouts instead of going to gyms. 1:04

Asked if that behaviour could lead to more widespread restrictions, Ford said: “If the spread continues and it goes into other regions, the answer is yes.”

Ford said York Region, north of Toronto, is “teetering” when asked if that area could face more restrictions.

On Thursday, Quebec reported 969 new COVID-19 cases and eight more deaths. Health officials in the province reported another 22 deaths that they say occurred at earlier dates.

Tightened restrictions imposed earlier this month in the greater Montreal and Quebec City areas, as well as the Chaudière-Appalaches region south of the provincial capital, are to last until at least Oct. 28.

But Premier François Legault said it’s “likely” some of the stricter rules will last longer in those regions.

Bars, casinos, concert halls, cinemas, museums and libraries are shuttered, and restaurants are limited to takeout.

Private gatherings are prohibited, and people cannot have any visitors from another address at their homes, with few exceptions.

Legault said he hopes Quebecers will be able to see their friends and families at Christmas.

“It’s too early to say what form that might take, but it won’t be large gatherings.”

Legault said Halloween is a go for trick-or-treaters, as long as children stay with the people they live with. Parties, however, are out.

Miller says that number may seem small in the context of 20,000 active cases nationally, but he calls it “alarming.”

“Every active case that starts spreading in a community requires a huge mobilization that [it] wouldn’t necessarily in an urban centre,” he said. “So, there is a very real and present logistical challenge.”

Heading into winter, 144 mobile structures have been procured for communities where overcrowding is a concern. Miller says they have inserts that can provide warmth down to –40 C.

“It’s not obviously ideal — it’s not even ideal during the summer — but we are moving to ensure that we do have the capacity to deal with those acute situations.”

Miller said Indigenous communities in the United States have been hit about three-and-a-half times harder than their non-Indigenous counterparts. But in Canada, the COVID-19 rate during the first wave was a third of that of non-Indigenous Canadians. 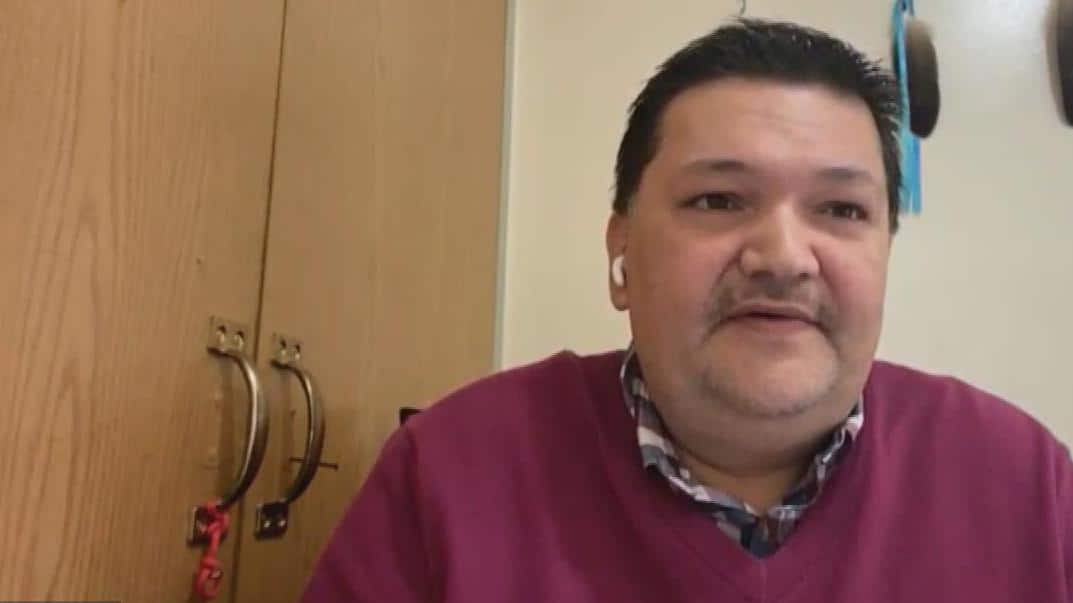 A lack of infrastructure is making it hard for people to quarantine under proper guidelines in Kasabonika Lake First Nation in northern Ontario, according to local pandemic lead Keith Mason.   1:12

As of 7 a.m. ET on Thursday, Canada had 191,730 confirmed or presumptive coronavirus cases. Provinces and territories listed 161,490 of those as recovered or resolved. A CBC News tally of deaths based on provincial reports, regional health information and CBC’s reporting stood at 9,699.

In the so-called Atlantic bubble, only Newfoundland and Labrador announced a new case on Thursday.

WestJet has slashed its routes to Atlantic Canada by 80 per cent, putting much of the blame on quarantine restrictions in the Atlantic bubble. The Calgary-based airline has promised to restore service, but there are doubts about how quickly that will happen after the pandemic. 1:59

Ontario reported 783 cases of COVID-19 on Thursday, mainly concentrated in four public health units: Toronto, Peel Region, York Region and Ottawa. Toronto has consistently seen the most new daily cases throughout the pandemic, but Ottawa currently has the worst per-capita rate of COVID-19 cases in the province, according to officials.

CBC News has learned that Costco executives from the U.S., including the CEO, were given an exemption to Canada’s quarantine rules by border officers in August, which Canada Border Services Agency now says was an error. The exemption happened on the same day another group of U.S. executives received an exemption. 2:03

Manitoba reported 173 new cases of COVID-19 on Thursday, the third day in a row the province has set a new record for a single-day increase in cases.

Saskatchewan reported 33 new cases and 16 new recoveries on Thursday, bringing the total known active cases in the province to 271.

Alberta reported 244 new cases on Thursday, as well as one more death. The latest death is a man in his 80s who is linked to the outbreak at Millwoods Shepherd’s Care Centre in Edmonton. The outbreak has seen 60 residents and 31 staff test positive for COVID-19, with eight of the residents dying.

According to Johns Hopkins University in Baltimore, the global total of confirmed coronavirus cases stands at more than 38.9 million. Close to 1.1 million people have died, while more than 26.9 million have recovered.

Gilead Sciences has questioned the findings of a World Health Organization (WHO) study that concluded that its COVID-19 drug remdesivir does not help patients who have been admitted to hospital.

The American company told Reuters the data appeared inconsistent, the findings were premature and that other studies had validated the drug’s benefits.

In a blow to one of the few drugs being used to treat people with COVID-19, the WHO said its “Solidarity” trial had concluded that remdesivir appeared to have little or no effect on 28-day mortality or length of hospital stays among patients with the respiratory disease. 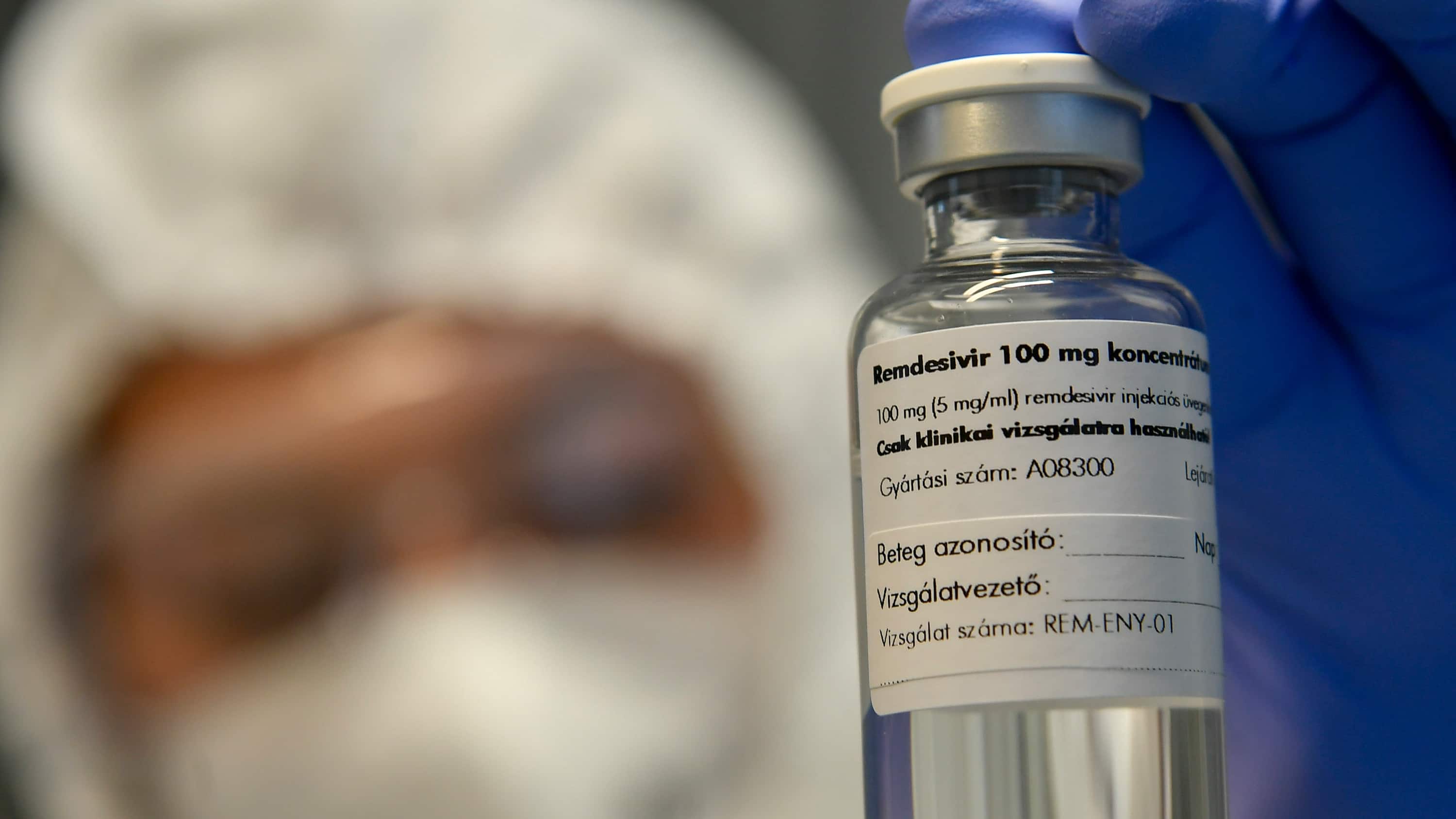 Until this week, Germany’s highest recorded figure was nearly 6,300 in late March, though testing has expanded vastly since then. Figures tend to peak around the end of the week, but the latest reading underlines a sharp upward trend in recent weeks.

Earlier this week, the federal and state governments agreed to toughen mask-wearing rules and make bars close early in areas where infections are high. 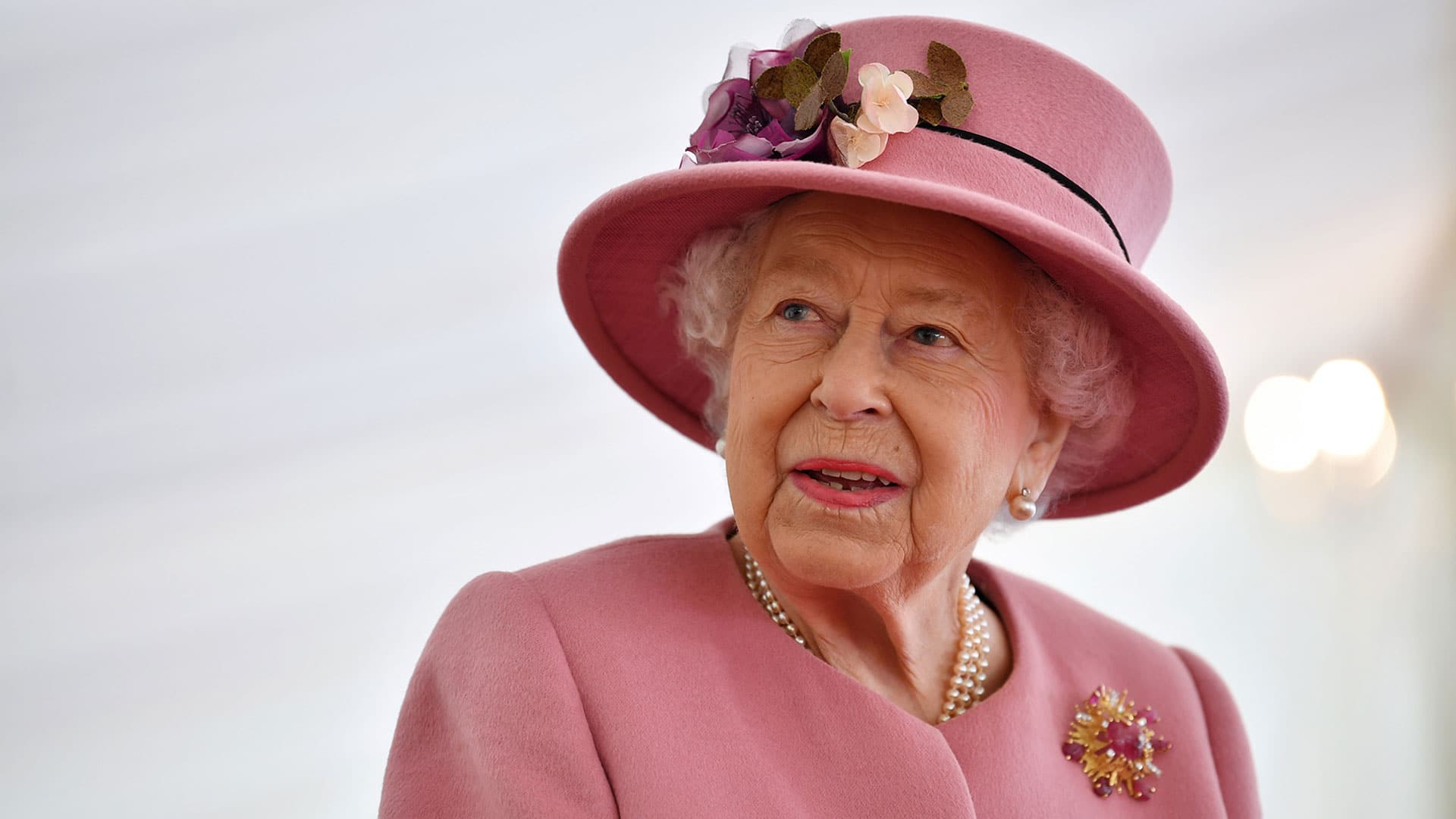 The Queen attended her first public engagement since the start of the COVID-19 pandemic at a military lab. Royal watchers say it’s unlikely the Queen will be taking part in more public events anytime soon. 2:01

Coronavirus infections in the Czech Republic have set a new one-day record for the second straight day.

The Czech military will start building a field hospital at Prague’s exhibition centre over the weekend for 500 patients. A similar plan is ready for the second largest city of Brno, while the government is negotiating with neighbouring Germany and some other countries for Czechs to be treated there if the local health system is overwhelmed.

Australia‘s largest city Sydney lifted quarantine restrictions on travellers from New Zealand on Friday while the second largest city, Melbourne, marked the 100th day of one of the world’s longest pandemic lockdowns.

More than 350 passengers are scheduled to take three flights from Auckland on Friday and will not have to undergo hotel quarantine on arrival in Sydney.

New Zealand will continue to insist that travellers from Australia quarantine in hotels for 14 days on arrival.

The Victoria state government has resisted pressure from businesses and the federal government to relax a second lockdown that began when stay-at-home orders took effect in Melbourne on July 9.

Victoria recorded only two new COVID-19 cases in the latest 24-hour period. The state last recorded such a low number on June 8, with daily tallies peaking at 725 on Aug. 5.