Mayor Eric Garcetti said the city would exhaust its supply of Moderna first doses — two are required for full immunization — forcing it to close drive-thru and walk-up vaccination sites Friday and Saturday.

According to the Los Angeles Times, however, the sites closed even earlier than expected afer running out of doses on Thursday.

They may not reopen until the city gets more supplies, perhaps next Tuesday or Wednesday. Smaller mobile vaccination clinics will continue operating.

Garcetti said Los Angeles uses about 13,000 doses in a typical day but received only 16,000 this week.

“This is not where I want to be,” Garcetti said. “It’s not where we deserve to be.”

California has now recorded the most confirmed deaths from the coronavirus with 45,496, edging past New York’s toll of 45,312, according to a tally by Johns Hopkins University.

Other coronavirus numbers are improving in the state, however. The seven-day test positivity rate has fallen to 4.8 per cent, and the most recent daily number of confirmed positive cases was 8,390, down from 53,000 in December.

Supply constraints are slowing ambitious vaccination programs in the U.S., as massive sites capable of putting shots into thousands of arms daily in states including New York, California, Florida and Texas, as well as hospitals and pharmacies, beg for more doses.

The U.S. has seen more than 27.3 million cases of COVID-19 since the pandemic began and more than 475,000 deaths, according to a tracking tool maintained by Johns Hopkins University.

Dr. Anthony Fauci, director of the National Institute of Allergy and Infectious Diseases, on Thursday predicted that it will be “open season” for COVID-19 vaccinations in the United States by April, as increased supply allows most people to get shots.

Speaking to NBC’s Today Show, the science adviser to President Joe Biden said the rate of vaccinations will greatly accelerate in the coming months. He credits forthcoming deliveries of the two approved vaccines, the potential approval of a third and moves by the Biden administration to increase the nation’s capacity to deliver doses.

Fauci said that “by the time we get to April,” it will be “open season, namely virtually everybody and anybody in any category could start to get vaccinated.” He cautioned it will take “several more months” to deliver injections to adult Americans but predicted the “overwhelming majority” of people in the U.S. could be vaccinated by the middle and end of the summer.

–From The Associated Press, Reuters and CBC News, last updated at 7 a.m. ET 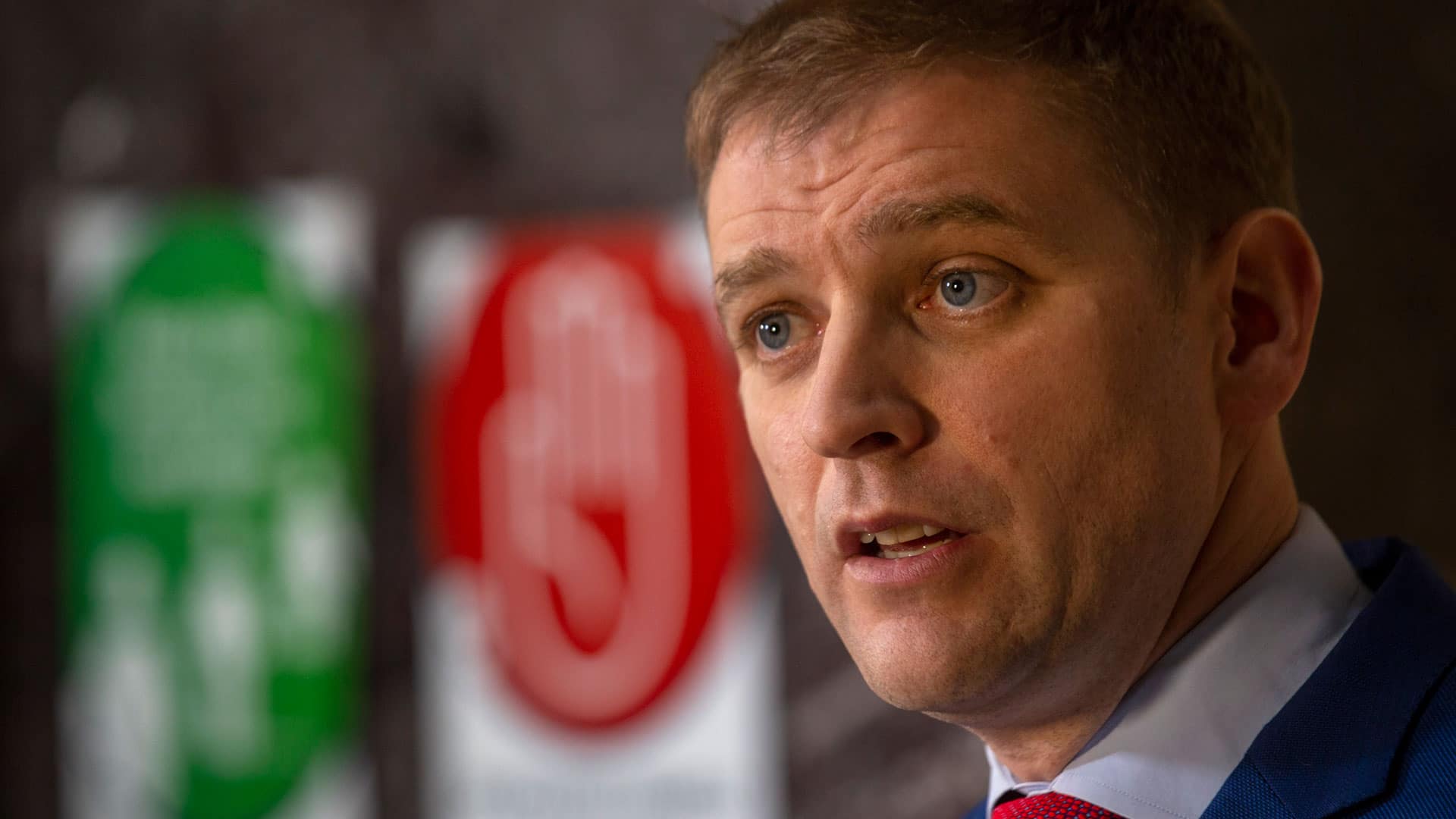 N.L.’s election has been postponed as the province deals with a recent surge in COVID-19 cases, and as poll workers resign over fears of catching the virus. 2:04

Dr. Theresa Tam, Canada’s chief public health officer, says people need to continue what they’ve been doing but with “even more diligence” to counter the more contagious variants that have been identified in several provinces.

Speaking at a briefing on Friday, Tam said that means keeping up “individual public health practices” to limit spread, protecting the vulnerable and allowing time for vaccination programs to expand.

As of Friday, eight provinces had reported more than 429 cases of the B117 variant, which was first detected in the U.K., she said.

“At least three of these provinces are reporting evidence of community spread ” and variants have been “linked to outbreaks.”

Ontario on Friday reported 1,076 cases of COVID-19 and 18 additional deaths. COVID-19 hospitalizations stood at 763, with 295 people in intensive care units.

In Atlantic Canada, Nova Scotia reported no new cases of COVID-19 on Friday.

Newfoundland and Labrador on Thursday reported 100 new cases of COVID-19, by far the highest single-day case number in the province.

Dr. Janice Fitzgerald, the chief medical officer of health, said there are now 210 active cases in the province, with 74 of the new cases in people under 20 years old.

Faced with rising COVID-19 case numbers in the St. John’s area, the province’s chief electoral officer on Thursday delayed voting in almost half of the province’s 40 districts. In 18 districts, in-person voting will be rescheduled and won’t go ahead as planned on Saturday.

There were two new cases of COVID-19 in both New Brunswick on Thursday, and no new cases reported in Prince Edward Island.

In Quebec, health officials reported 1,121 new cases of COVID-19 on Thursday and 37 additional deaths. COVID-19 hospitalizations in the province stood at 874, with 143 people in intensive care units.

In Manitoba, Premier Brian Pallister announced a plan to procure a made-in-Canada vaccine that is currently in early trial stages.

The province on Thursday reported 90 new COVID-19 cases and three additional deaths. Health officials in Manitoba said the number of people with all conditions in intensive care has dropped below 100 this week. That’s still above pre-pandemic capacity but down sharply from a spike in the fall. 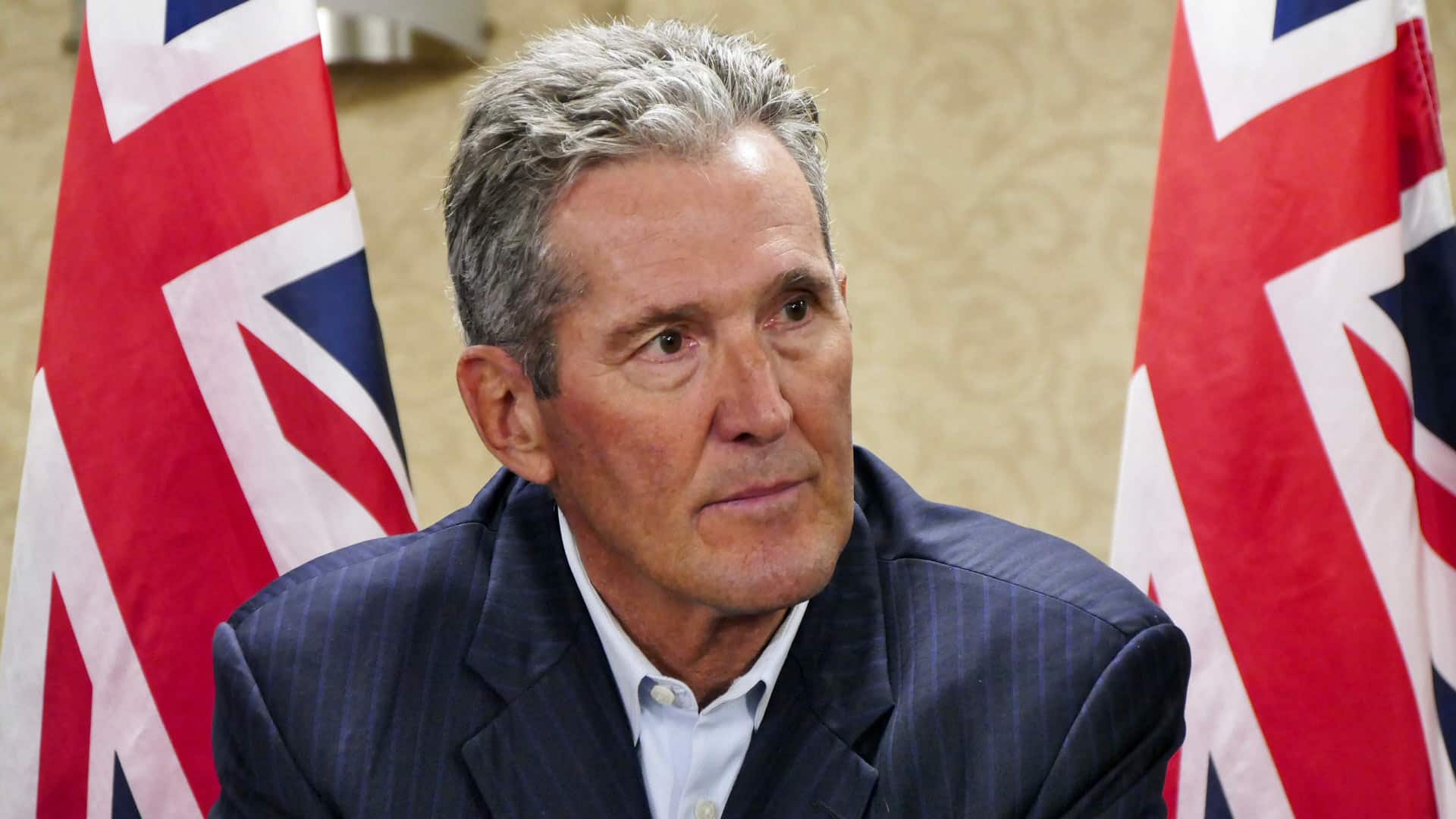 Manitoba is the first province to buy its own COVID-19 vaccine rather than relying on the federal government. 1:53

Saskatchewan reported 114 new cases of COVID-19 on Thursday. Health officials said there were 187 people in hospital, with 24 patients with the virus in intensive care.

In neighbouring Alberta, health officials reported 351 new cases of COVID-19 and 16 more deaths from the virus.

Across the North, Nunavut reported three new cases of COVID-19 on Thursday in the community in Arviat, while health officials in the Northwest Territories reported one new case. There were no new cases reported in Yukon.

As of early Friday morning, more than 107.8 million cases of COVID-19 had been reported worldwide, with more than 60.3 million of those cases listed as recovered or resolved in a database maintained by Johns Hopkins University. The global death toll stood at more than 2.3 million.

In Europe, Portugal is getting more help from its European Union partners to ease pressure on hospitals crunched by the pandemic, with France and Luxembourg the latest countries to offer medical workers.

The German army sent eight doctors and 18 nurses earlier this month to help at a Lisbon hospital. The number of COVID-19 patients in hospital and in intensive care fell Thursday for the third straight day, but Portugal’s seven-day average of daily deaths remained the world’s highest, at 1.97 per 100,000 people, according to Johns Hopkins University.

In Germany, the health minister said he will consider introducing penalties for people who jump the queue for coronavirus vaccines. Jens Spahn told reporters in Berlin on Friday that there had been several such reports in recent days and the government would discuss with parliament “whether sanctions in this area could make sense.”

Spahn had previously downplayed the issue of queue jumping, but persistent reports have surfaced of senior officials in hospitals and cities getting the vaccines before doctors and nurses. This week the Catholic bishop of Augsburg acknowledged receiving the vaccine, despite being far down the priority list.

In Africa, South Africa has secured millions of doses of Johnson & Johnson and Pfizer vaccines to fight the highly infectious COVID-19 variant that is dominant in the country.

Kenya is going ahead with its plan to inoculate its citizens using AstraZeneca’s vaccine, while Zimbabwe has bought 600,000 shots from China’s Sinopharm, in addition to 200,000 China has donated.

In the Asia-Pacific region, the first batch of Pfizer’s COVID-19 vaccine arrived in Japan on Friday, local media reported, with official approval for the shots expected within days as the country races to control a third wave of infections ahead of the Olympic Games.

Australia’s second-largest city will begin its third lockdown due to a rapidly spreading COVID-19 cluster centred on hotel quarantine.

The five-day lockdown will be enforced across Victoria state to prevent the virus spreading from the state capital Melbourne, Victoria Premier Daniel Andrews said. Only international flights that were already in the air when the lockdown was announced would be allowed to land at Melbourne Airport. 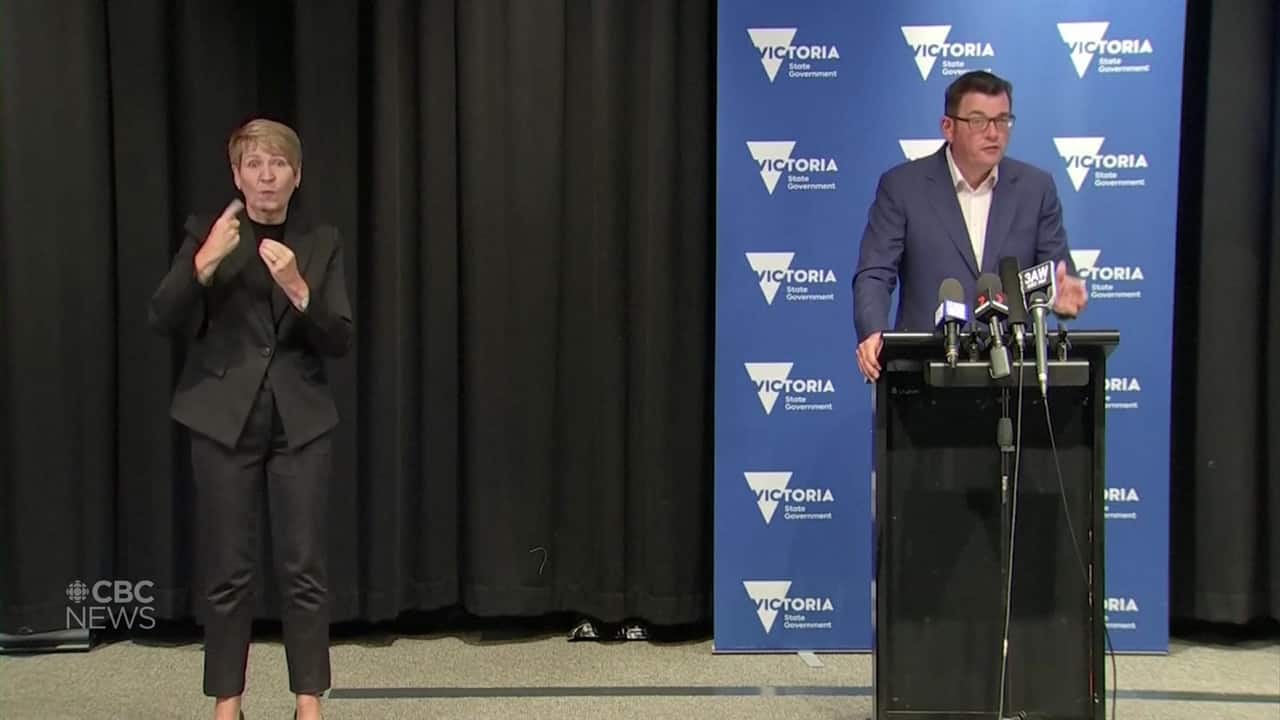 It’s a necessary circuit breaker to limit further spread of COVID-19, officials said. A highly contagious strain, first reported in the U.K., was detected at a quarantine hotel in Melbourne. 1:32

A population of 6.5 million people will be locked down from 11:59 p.m. until the same time on Wednesday because of a contagious variant of the virus first detected at a Melbourne Airport hotel that has infected 13 people.

In the Americas, Mexico’s health ministry on Thursday reported 10,677 new confirmed coronavirus cases and 1,474 more fatalities from COVID-19, bringing the overall total to 1,968,566 cases and 171,234 deaths. The government said the real number of infected people and the death toll in Mexico are both likely significantly higher than reported levels.

In the Middle East, Israel began reopening its education system on Thursday after a more than six-week closure due to the surge in coronavirus infections.

-From The Associated Press and Reuters, last updated at 7 a.m ET