The U.S. House of Representatives approved a budget package on Friday that enables Democrats to push President Joe Biden’s $1.9 trillion US coronavirus relief package through Congress without Republican support in a process that will likely take weeks.

The Senate approved the budget plan earlier on Friday.

Intended as a blueprint for writing the upcoming COVID-19 aid bill, the budget resolution is not a law, and does not require a presidential signature.

“We can’t do too much here; we can do too little,” Biden told House Democrats earlier in the day. “Real, live people are hurting. And we can fix it. And we can fix it and the irony of all ironies is when we help them, we are also helping our competitive capacity, through the remainder of this decade.”

The Senate early Friday approved a measure that would let Democrats muscle the relief plan through the chamber without Republican support. Vice-President Kamala Harris was in the chair to cast her first tie-breaking vote.

Senate Democrats applauded after Harris announced the 51-50 vote around 5:30 a.m. The action came after a gruelling all-night session, where senators voted on amendments that could define the contours of the eventual COVID-19 aid bill.

“At that rate, it’s going to take 10 years until we hit full employment,” Biden said at the meeting with House Democrats. “That’s not hyperbole. That’s a fact.”

The unemployment rate fell to 6.3 per cent from 6.7 per cent, but there was a decline in the number of people who were either working or looking for a job in a sign that some people are dropping out of the labour force. The U.S. economy is 9.9 million jobs shy of its pre-pandemic level.

Biden, who has been meeting with lawmakers in recent days to discuss the package, welcomed the leaders of House committees who will be assembling the bill under the budget process known as “reconciliation.”

Biden also plans to make remarks Friday on the economy as he keeps up the pressure on Congress to “act big” on his relief package.

Coronavirus deaths in the United States surpassed 450,000 on Thursday, and daily deaths remain stubbornly high at more than 3,000 a day, despite falling infections and as the country races to vaccinate more people.

Infectious disease specialists expect deaths to start dropping soon, after new cases hit a peak right around the beginning of the year. New COVID-19 deaths could ebb as early as next week, said the new director of the U.S. Centers for Disease Control and Prevention (CDC).

But there’s also the risk that improving trends in infections and hospitalizations could be offset by people relaxing and coming together — including this Sunday, to watch football, she added.

“I’m worried about Super Bowl Sunday, quite honestly,” Dr. Rochelle Walensky said Thursday in an interview with The Associated Press.

Public health experts are watching Florida closely this week, because the Super Bowl will be played in Tampa. City leaders and the NFL are trying to physical social distancing by capping attendance at a third of the stadium’s capacity — 22,000 people.

– From Reuters and The Associated Press, last updated at 2:30 p.m. ET

Prime Minister Justin Trudeau said Friday that he understands why there is a “tremendous amount of anxiety” among Canadians with the constant flow of bad news about the inoculation campaign, but he doubled down on his promise to deliver six million shots by the end of March.

“We are very much on track,” he said.

Trudeau asked Canadians to tune out the “noise” from some circles about the sorry state of the country’s vaccine efforts, saying the temporary “ups and downs” in the rollout may be frustrating to “some people,” but they’re just that — temporary. 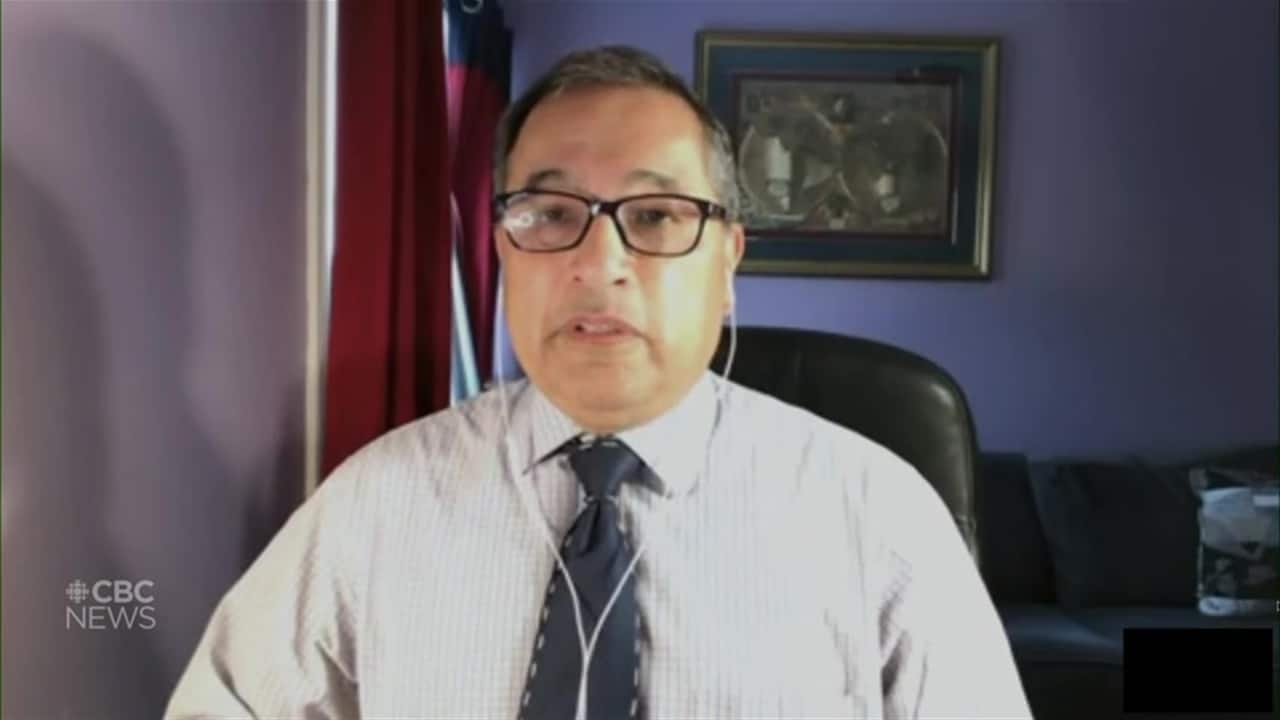 There is obvious community transmission of COVID-19 variants, according to York Region Medical Officer of Health Dr. Karim Kurji, who says the virus needs to be contained as it has the capacity to increase case numbers exponentially. 7:51

Ontario logged its lowest test positivity rate in months as it reported another 1,670 cases of COVID-19 and 45 additional deaths on Friday.

Labs completed 62,710 tests for the coronavirus and reported a provincewide positivity rate of 2.5 per cent — the lowest it has been since Oct. 22, 2020.

The provincial government has said it is considering calling off March Break in an effort to reduce the spread of COVID-19, a move educators and some parents say could lead to mass burnout.

On Wednesday, Education Minister Stephen Lecce announced that students in regions hit hard by COVID-19 will begin returning to physical classrooms next week in the face of gradually declining new infections and additional safety measures put in place for schools. 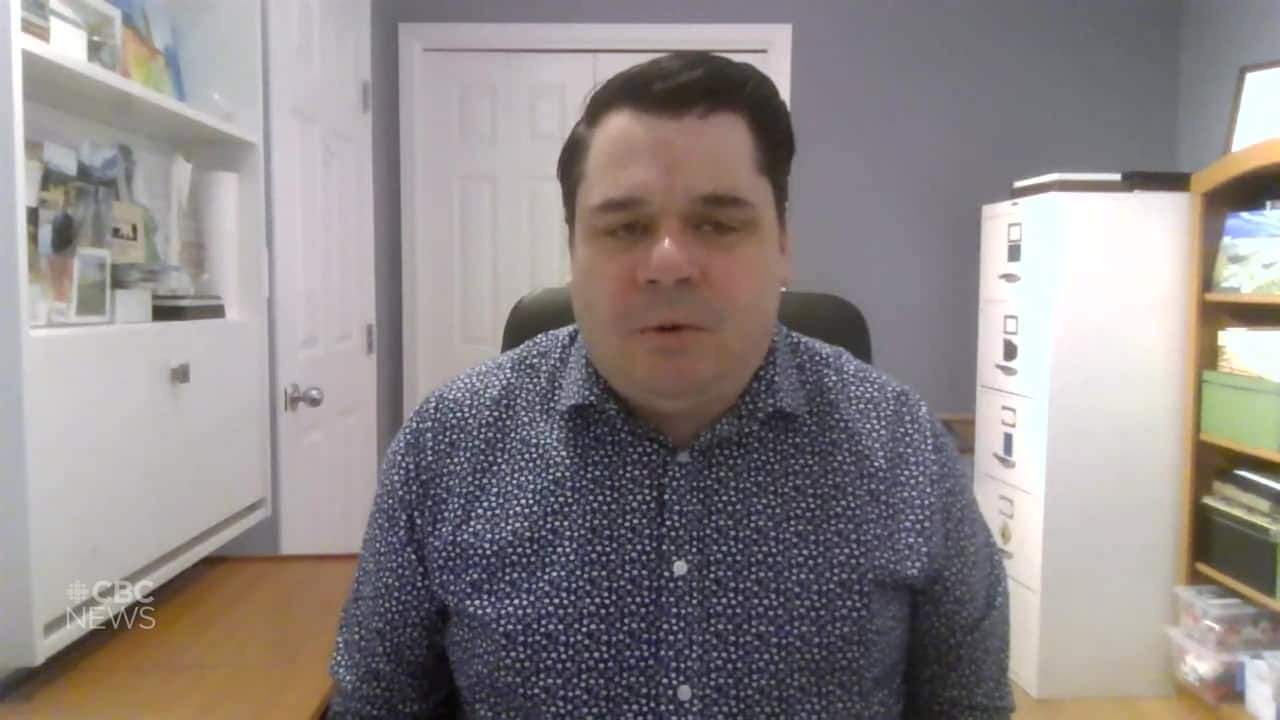 In order to limit the spread of COVID-19 variants, cases must be detected quickly to ensure isolation occurs, says microbiologist and immunologist Craig Jenne. 3:21

In Quebec, officials have also announced more details on the province’s plan for a gradual return to class for CEGEPs, colleges and universities.

Starting next week, students in red zones can head back several times a month, ideally once a week, Quebec’s Higher Education Minister Danielle McCann said Thursday. Classroom capacity is being capped at 50 per cent for theory classes, and everyone must maintain a 1.5-metre distance and wear a mask.

Quebec reported 1,101 new cases and 33 new deaths on Friday, as the province’s public health director said the government is increasing its capacity to analyze COVID-19 cases for the presence of coronavirus variants.

Dr. Horacia Arruda said eight cases of the more infectious variant discovered in the United Kingdom have been identified so far in the province.

As of Friday afternoon, more than 105 million cases of COVID-19 had been reported worldwide, with more than 58.4 million of those considered recovered or resolved, according to a tracking tool maintained by Johns Hopkins University. The global death toll stood at more than 2.2 million.

In the Americas, the White House said the Pentagon will deploy more than 1,100 troops to help vaccinate people in the United States against COVID-19. Biden has called for setting up 100 mass vaccination centres around the country within a month. Two of the five new military teams will go to vaccination centres opening in California. Three additional centres are expected to be announced soon.

In Africa, Burundi has become at least the second African country to say it doesn’t need COVID-19 vaccines, even as doses finally begin to arrive on the continent that’s seeing a deadly resurgence in cases.

The health minister of the East African nation, Thaddee Ndikumana, told reporters on Thursday evening that prevention is more important, and “since more than 95 per cent of patients are recovering, we estimate that the vaccines are not yet necessary.”

The minister spoke while announcing new measures against the pandemic. The country closed its land and water borders last month. It now has well over 1,600 confirmed coronavirus cases.

Neighbouring Tanzania this week said it had no plans to accept COVID-19 vaccines after President John Magufuli expressed doubt about them, without giving evidence. He insists the country has long defeated the virus with God’s help but faces growing pushback from fellow citizens, and officials with the Africa Centers for Disease Control and Prevention and the World Health Organization have urged Tanzania to co-operate.

In the Middle East, Israel plans to begin slowly easing its latest coronavirus lockdown on Sunday, hoping that its rapid vaccination campaign helps to contain an outbreak accelerated by new variants.

A government statement released early Friday details the lifting of restrictions. People will no longer have to remain within 1,000 metres of home, national parks will reopen, and restaurants can offer takeout. Workplaces not open to the public can also reopen.

Yemen expects a first batch of 2.3 million COVID-19 vaccine doses by March through the COVAX vaccine-sharing facility, and Saudi Arabia could separately finance shots for about half of the population, agencies involved have said.

Six years of war in Yemen have left what little remains of its health system relying on foreign aid. The health ministry for Yemen’s internationally recognized government on Friday said it had applied to Saudi Arabia’s King Salman Humanitarian Aid and Relief Centre (KSRelief) for it to finance vaccines for 50 per cent of the population.

KSRelief could not immediately be reached for comment. Saudi’s finance minister last month said his country was talking to manufacturers to provide COVID-19 vaccines to low-income countries including Yemen.

In the Asia-Pacific region, all 507 Australian Open players and staff who stayed at a quarantine hotel where a worker contracted COVID-19 have tested negative and been cleared to participate in the Grand Slam, tournament director Craig Tiley said on Friday.

Health officials said on Wednesday that a worker at the Grand Hyatt hotel had contracted the virus, prompting the testing and quarantining of 160 players, as well as coaches and Australian Open officials. Warm-up matches at Melbourne Park were called off on Thursday but resumed on Friday.

In Europe, Germany’s health minister says first batches of the newly authorized Oxford-AstraZeneca vaccine will be delivered to the country’s 16 states Friday.

Jens Spahn said the addition of a third vaccine would “make a real difference” to Germany’s immunization campaign, which has so far been sluggish compared to the United States or Britain. But Spahn said that, for now, the AstraZeneca shot will only be given to people aged 18-64, due to lack of data on older age groups.

Spain has reported its first case of the COVID-19 variant first detected in Brazil in a passenger arriving at Madrid airport The Madrid regional health department said Friday the 44-year-old man arrived from Brazil on Jan. 29 and had a negative PCR document but tested positive in an antibody test at the airport. He was taken to a city hospital, which later confirmed the variant.

On Friday, Spain reported 28,565 new coronavirus cases, resuming a downward trend. Spain has registered 2.9 million cases and a confirmed death toll of 61,386. The country this week began tightening restrictions on flights from Brazil and South Africa owing to variants detected in those countries. It already has similar restrictions with Britain.

British officials say everyone arriving in the country from coronavirus hot spots will have to spend 10 days in hotel quarantine starting Feb. 15 in a bid to stop new variants of the virus reaching the U.K.

Arrivals from high-risk countries will have to quarantine in approved hotels patrolled by security guards and will be billed for their stay. The government is facing criticism for the delay in implementing the policy, which it first announced in late January.

Poland’s prime minister says hotel, theatres, ski lifts, swimming pools and other facilities will be allowed to reopen with conditions such as limited capacity, social distancing and mask use starting next week.

Prime Minster Mateusz Morawiecki said Friday that the country’s existing pandemic restrictions have led to a “fragile stabilization” in the number of new COVID-19 cases but the number of deaths, around 400 daily, remains “very disturbing.”

– From The Associated Press and Reuters, last updated at 2:25 p.m. ET