The City of Toronto is seeking to recoup the $187,000 it says it spent forcing an Etobicoke barbecue eatery to comply with public health lockdown measures.

Police were repeatedly called to Adamson BBQ in Etobicoke last November after the restaurant’s owner, Adam Skelly, openly defied lockdown measures and allowed in-person dining. Scores of Skelly’s supporters and anti-lockdown protesters swarmed police officers on scene, and city officials were forced to change the locks to keep the restaurant in compliance with public health orders.

Skelly was charged both criminally and non-criminally with trespassing, intent to obstruct police, violating indoor dining rules, holding an illegal gathering and operating a business without a licence.

In December, the city sent a demand letter requiring Skelly to pay for the enforcement, according to spokesperson Brad Ross, who noted Skelly has yet to respond to the city’s letter.

Skelly did, however, take to Instagram over the weekend. Per a screenshot of his feed shared by lawyer Caryma Sa’d, Skelly wrote, “This is the invoice Toronto sent me,” and included a yes/no poll asking people whether he should pay it.

Skelly raised over $337,000 for his legal defence through crowdfunding.

During a virtual news conference, Skelly said the city’s letter gave him until Dec. 31, 2020 to pay up. However, he said he was skeptical the city would actually take him to court to get a judge’s order to force him to pay.

Ross said the city intends to do exactly that.

“There were very real costs associated with enforcing the public health orders to remain closed,” he said.

“By choosing not to abide by those orders we had to take enforcement action and there are costs associated with that.” 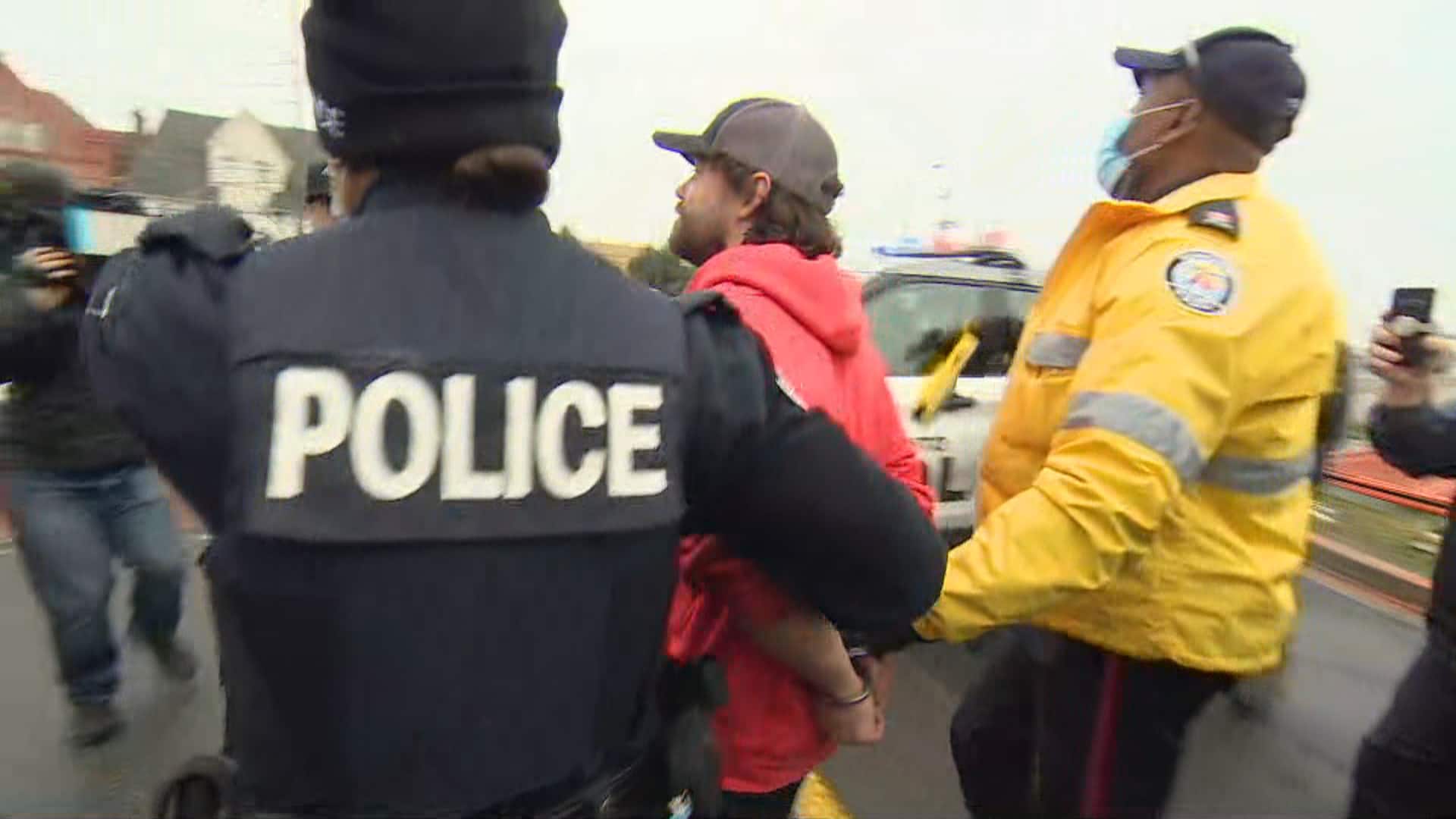 The owner of an Etobicoke barbecue restaurant that has openly defied COVID-19 restrictions has been taken into custody. 1:03

Sa’d, the Toronto lawyer who first shared the screenshot, said while it’s “tempting to sort of want to see someone suffer direct consequences to their actions,” she worries about the possible ramifications of cities downloading policing costs onto individuals or groups.

“I don’t want to see this weaponized against groups sort of writ large, which is why preceding with caution and specificity will be important,” Sa’d told CBC News.

Her concerns were echoed by others on Twitter, including Dana Larsen, a cannabis reform advocate in Vancouver.

“If he committed a crime, charge him. But police sending people bills seems wrong to me,” wrote Larsen, who added that the Vancouver 420 rally was “hassled every year when the cops would provide an inflated, unpayable bill for policing [the rally].”

In 2019, Vancouver’s city council even mulled suing the organizers in an attempt to recoup the full costs. Larsen told CBC News that nothing has come of that.

We’d get hassled every year when the cops would provide an inflated, unpayable bill for policing our 4/20 rally, as if you’re only allowed to protest and gather publicly if you pay the cops $100,000+ to stand around and watch you do it.

Skelly’s bill is not about protests, said Ross, “It is about somebody who was opening a business in contravention of provincial orders and regulations to remain closed during a public health emergency.”

Still, the distinction between protests and business operation is one that will need to be unpacked, Sa’d said, adding that “to some extent they are inextricably linked in this particular case.”

While Ross couldn’t think of another example of a Toronto business being sent this type of bill during the pandemic, he said the attempt to recoup costs is “not unusual or unique.”

Ross compared the bill for failing to abide by lockdown measures to residents who fail to clear the snow from their sidewalk as required by law.

“If you don’t, the city has to do that, and if you don’t, we will pass that [cost] on… typically through your tax bill,” he said.

Sa’d said she was “taken aback” by the figure sent to Skelly.

“It looks like the city’s not holding back any punches in its approach,” she said.

“Even if that is an accurate accounting,” Sa’d added, “I think that there are some questions that should be raised as to how what appears to be such an inflated number is the final balance. There has to be accountability for those numbers.”