Petra Vlhova has been the star of the alpine World Cup season so far with three wins in four races, but some Canadians will be looking to leave their mark on the slopes in Europe this weekend.

CBC Sports will provide a live stream of the races and additional coverage on Road to the Olympic Games, beginning Saturday morning.

Canadians Marie-Michele Gagnon and Valerie Grenier are expected to race on the women’s side, with Trevor Philp, Riley Seger and Erik Read on the men’s. Amid the COVID-19 pandemic, the 2020-21 season is being held entirely in Europe — a reality that presents logistical challenges for travel and training.

“Right now you’re seeing in Europe not just countries, but parts of countries being identified and restricted in different ways,” Alpine Canada high-performance director Phil McNichol told the Canadian Press in early November. “A day doesn’t go by where there’s not some new alert, twist or turn in the challenges that we face.”

In November, Alpine Canada returned home some of its athletes from its training facility in Switzerland due to concerns related to COVID-19.

Alpine Canada did not confirm at the time whether any members of the team tested positive.

Despite the challenges, the world’s best speed racers are pushing forward.

The Slovakian skier Vlhova leads the overall women’s standings, but the path to victory could become more difficult. 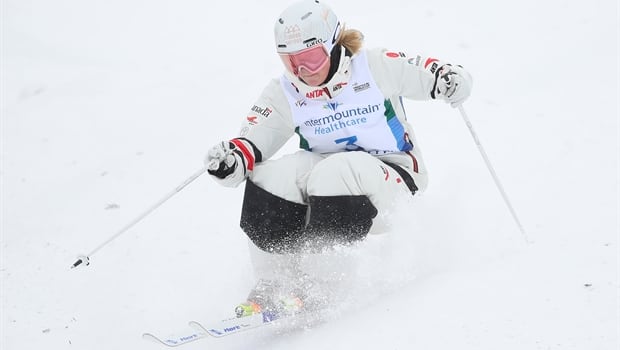 The winter season kicks off on Road to the Olympic Games this weekend. Watch as Canada’s athletes and international stars take to the hills to compete. 0:40

American star Mikaela Shiffrin is returning from an extended break due to the death of her father and an injury suffered the week before the season-opening giant slalom in Austria.

Grenier, of Mont-Tremblant, Que., is also making her long-awaited return from an injury suffered during a training run in February 2019.

“I am super excited to race my first speed event back since my injury,” Grenier told Alpine Canada.

“I am still working very hard on getting back to where I was before the injury, so I don’t have any expectations, I just want to ski my best and progress at every race.”

Alexis Pinturault of France is the current overall leader in the men’s standing.

Following the retirement of Manuel Osborne-Paradis, a new era of sorts begins for the Canadian men’s team.

Retired skier and current CBC Sports commentator Brian Stemmle is excited about the ascending skiers on the men’s side.

“I love that they’re all young, they’re all in their twenties ready to go,” Stemmle said.

“They have to be smart about it. [Coach] John Kucera has really got an identity going with those guys. He’s holding them back a little bit, making sure they have great technical ability before he just throws them down the hill.”