In a match many considered a must-win for Canada, five men scored twice in a tournament-opening 11-7 victory over Brazil on Sunday at the FINA water polo Olympic qualifier in Rotterdam, Netherlands.

Sean Spooner had a pair of goals in the first period and team captain Nic Constantin-Bicari, Aleksa Gardijan, Jérémie Cöté and George Torakis followed, while Gaelan Patterson also scored in the final quarter for a Canadian squad seeking its first Olympic berth since 2008.

Canada, ranked 13th in the world, is also facing No. 6 Montenegro, No. 8 Greece, Georgia and Turkey in group play at the week-long event. Greece and Montenegro, in no particular order, are expected to secure the top two spots in Group A, with two other teams also advancing to the crossover quarter-finals on Feb. 19. 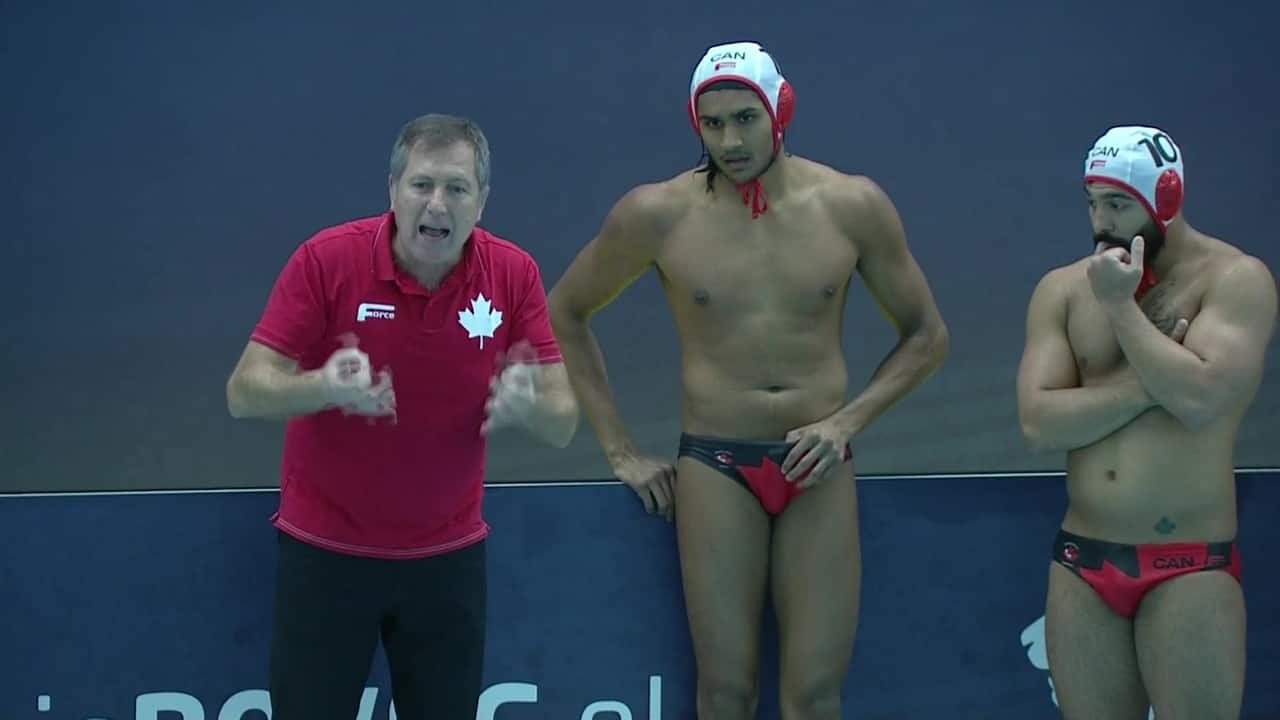 Canada downed Brazil 11-7 in the Olympic qualifiers tournament. The top-three teams from the tourney grab the final remaining spots for Tokyo 2020. 1:51

“There’s a monumental difference between placing third or fourth in the group,” CBC Sports analyst George Gross Jr. said earlier this week. “The fourth-place finisher will cross over to play [likely Group B winner] Croatia [ranked No. 2] and it’s goodbye Charlie, but the team finishing third is going to draw a [favourable opponent].

“Turkey is a winnable game and Canada has to win against Brazil and Georgia. Canada is probably the better team [than Turkey], based on results in 2018 and 2019.”

“Montenegro is more experienced and has been playing throughout the past year along with Greece,” said Gross Jr., the former Canadian national team bench boss who has coached the University of Toronto women’s team the past 12 years after guiding the men in the early 1990s.”But you have to remember the pressure on Greece, Montenegro and Croatia is enormous. If they don’t make the Olympics, it’s a national disaster.”

On Sunday, the Canadians jumped out to a 4-3 lead in the first quarter at Zwemcentrum Rotterdam, with Bicari and Cote adding to Spooner’s output. Constantin-Bicari is likely to be the offensive force for a young outfit featuring many players making their Olympic qualification debut while Cote, a six-foot-two attacker from Montreal, is a standout offensive player with University of the Pacific Tigers in Stockton, Calif.

Canada led 5-4 after the second quarter and 8-6 after the third.