Following a seven-month pandemic layoff, Jessica Klimkait needed just 81 seconds to get the validation she needed.

The Canadian judoka’s quick and decisive win over Helene Receveaux of France at Grand Slam Budapest in late October propelled her to the top spot in the world rankings for the 57-kilogram category.

In the process, Klimkait, 23, leap-frogged fellow Canadian and reigning world champion Christa Deguchi in the standings as judo made its return to competition.

“To probably do one of the best tournaments that I’ve done in a very long time was a lot of validation to what I was thinking and the kinds of things that I was doing throughout the last four or five months,” Klimkait told CBC Sports, putting aside any concerns over being prepared to fight athletes from other countries who didn’t face the same level of training restrictions during the pandemic. 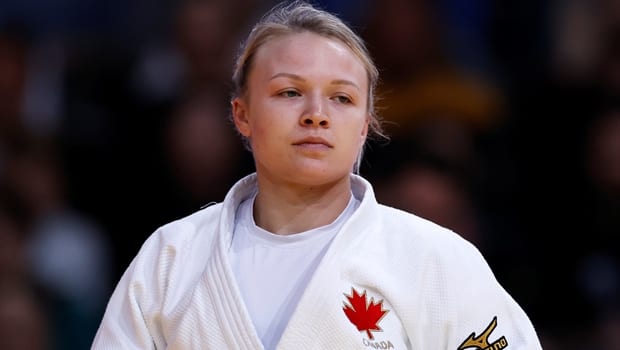 23-year-old Jessica Klimkait of Whitby, Ont,, defeated Helene Receveaux of France to capture gold in the 57-kilogram category at the judo Grand Slam competition in Budapest. 8:44

A silver lining had already materialized for Klimkait when the sports world hit the pause button in March.

The Whitby, Ont., native and Deguchi, 25, who lives and trains in Japan, were just months away from a fight-off for Canada’s lone Olympic quota spot in their category when Klimkait suffered a knee injury.

Due to the Olympics being postponed until 2021, Klimkait, now fully recovered, and Deguchi are back on the same collision course to have that fight-off no later than early July — a winner-take-all scenario that will see one of them qualify for the Tokyo Games and the other left behind.

A matter of depth

Judo Canada high-performance CEO Nicolas Gill — himself a two-time Olympic medallist — acknowledges this is a good problem to have, but at the same time, his expectation is for one of them to be standing on the podium.

“[Those are] great stories both ways. At the end for us — and what I keep repeating — whoever goes needs to medal,” Gill said. “If not, we would have sent the wrong one. Whoever goes, still has to be our best chance of medalling.”

Gill dismissed the suggestion of having one of either Klimkait or Deguchi change weight classes so that both might compete in Tokyo. He said he would never put the organization ahead of the athlete.

“We would do that only if it helps the state of making weight,” Gill said. “That’s the only time we would force somebody to move up — if we feel there is danger for the athlete, but not for strategic positioning.”

Other than meeting on the world stage in numerous important matches (5-0 in favour of Deguchi), the compatriots might as well be strangers — occasionally training together throughout the year, but mainly seeing each other at competitions.

Klimkait says this makes Deguchi as dangerous as any other top opponent.

Given that countries can only send one athlete per category, Judo Canada has no choice but to sit back and watch who wins.

“The idea to have a head-to-head matchup is to really pick who’s better in the month leading into the Olympics,” Gill said. “Putting our best athlete at that time in the Olympic field to increase the chance of performance.”