Philip Tomasino had a goal and an assist for Canada in a 3-1 win over Slovakia at the world junior men’s hockey championship Sunday.

Jack Quinn, with an empty-net goal, and Jordan Spence also scored for Canada (2-0) playing its second game in as many days to start the tournament.

The host country opened with a 16-2 romp over short-staffed Germany on Saturday.

Canadian goaltender Devon Levi made 17 saves for the win on his 19th birthday.

Canada has Monday off before facing Switzerland (0-2) in Pool A on Tuesday. Finland (2-0) beat the Swiss 4-1 earlier Sunday.

The top four teams in each pool advance to quarterfinals Jan. 2, followed by semifinals Jan. 4 and the medal games Jan. 5.

Romiak’s power-play goal at 18:36 of the third pulled the Slovaks within a goal, but Quinn sealed the victory with an empty-netter.

Tomasino took a long pass from Dylan Cozens and beat Hlavaj with a high shot at 16:25 of the third period for a 2-0 lead.

Spence, who was a healthy scratch Saturday, drew into the lineup and scored on his first shift of the tournament.

Slovakia’s defence was a much tougher test for Canada’s scorers than depleted Germany.

The Canadians dominated puck possession and allowed Slovakia few clean entries into Canada’s zone, but their attack lacked cohesion for much of the game.

Slovakia killed off a pair of Canadian power-play chances and Canada in turned kill off one Slovak man-advantage in the second period.

Spence scored Canada’s lone goal of the opening period at 4:08.

The Australian-born defenceman from Cornwall, P.E.I., caged a Dawson Mercer rebound and beat Hlavaj with a wrist shot from the hash marks. 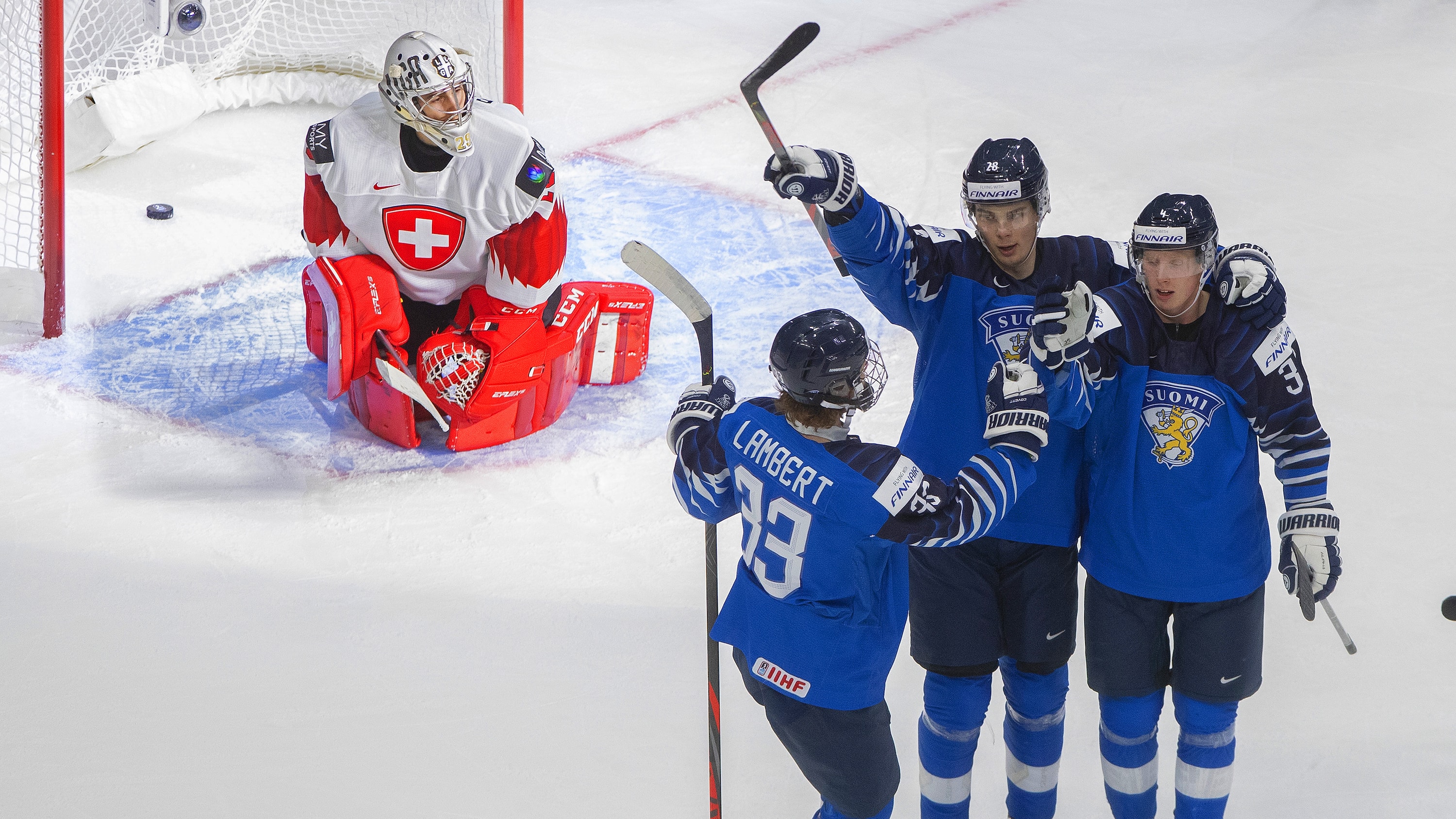 Finland scored 3 times on the power-play as they defeated Switzerland 4-1 and improved to 2-0 at the World Junior Hockey Championship. 0:29

Canadian winger Dylan Holloway didn’t dress for Sunday’s game because of an upper-body injury. Captain Kirby Dach isn’t playing in the tournament because of a wrist injury sustained in a pre-tournament game.

Cozens, who had a hat trick and six points against Germany, wore the captain’s C on Sunday. Cozens is alternating the captaincy with Byram.

The International Ice Hockey Federation announced Sunday there were no new positive tests for the COVID-19 virus among the teams and tournament personnel.

Three German players were released from quarantine Sunday to rejoin a team that iced just 14 skaters in its first two games.

Barring further positive tests, five more Germans will be released from isolation Tuesday with one player remaining in quarantine until Jan. 4.