It seems like Canada’s road to gold at the world junior men’s hockey championship often runs through Russia, given each country’s hockey pedigree.

The two rivals square off in Monday’s semifinal in Edmonton for the right to play for gold Tuesday.

Canada has beaten Russia in a final three times over the last decade, but a semifinal clash has been rarer in that span.

The last time the two hockey powers met in a world junior semifinal was also in Alberta back in 2012, when Russia edged the host country 6-5 in Calgary before falling to Sweden in the championship game.

Finland and the United States meet in Monday’s other semifinal.

Half a dozen Canadians and three Russians on this year’s rosters faced each other in the 2020 gold medal game in Ostrava, Czech Republic.

Russia led 3-1 with just over 11 minutes to play in Ostrava. Canada scored three unanswered goals and held on for the win through a wild last three minutes.

WATCH | Canada moves on to semis at world juniors: 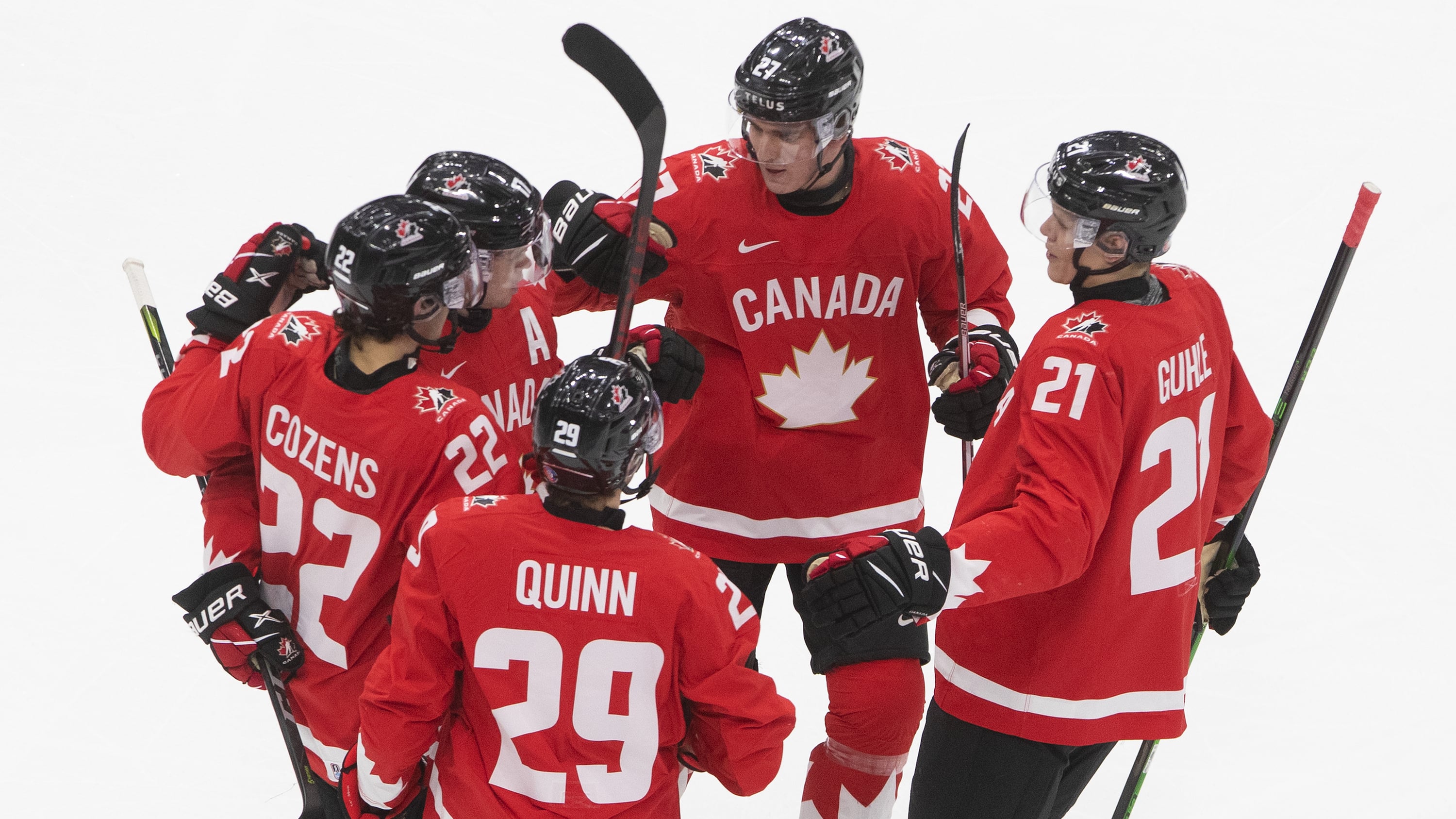 Bowen Byram, Dylan Cozens and Connor McMichael each scored in Canada’ 3-0 victory over the Czech Republic in quarter-final action at the world junior hockey championship. 0:30

“One hundred per cent I think there will be carryover,” Drysdale said. “We played each other in the final last year.

“We want to maintain where we’re at and we obviously want to come out on top. In saying that, they’re going to feel they have something to prove.”

The Canadian and Russian head coaches this year — Andre Tourigny and Igor Larionov respectively — were assistants in Ostrava.

Canada scoring first and early in every game has been the difference in the host country’s 5-0 record at this championship. Depth of talent and speed up front is its calling card.

Hockey Hall of Famer Larionov has Russia (3-1-1) playing a different style in Edmonton than it did under Valeri Bragin last year, according to Tourigny.

“It’s day and night. Different style, different philosophy, different objective in their game,” the Canadian coach said. “They like to possess the puck, they regroup a lot, they have a good stretch on their breakout.

Blanked 2-0 by the Czechs to start the preliminary round, Russia pulled out an overtime win over the Swedes in Pool B and put in a workmanlike effort to beat Germany 2-1 in the quarterfinal.

Canadian forward Alex Newhook of St. John’s, N.L., remains questionable for the semifinal after sitting out the quarterfinal with an upper-body injury.

Goaltender Yaroslav Askarov is one of Russia’s second-year players, but didn’t start the 2020 final.

The No. 11 pick in October’s NHL draft by the Nashville Predators has faced more rubber in the tournament than Canadian counterpart Devon Levi (110 shots to 90).

Levi sparkled more in his quarterfinal, however, with a 29-save shutout against the Czechs. Askarov stopped 18 of 19 shots from Germany.

Canada is attempting to win back-to-back world junior crowns for the first time since 2008-09, which capped a run of five straight titles.

“I think we all know what’s at stake,” returning forward Connor McMichael said. “We’re all excited.

“You’ve just got to keep control of your nerves and stay loose and play your own game. If we do that and stick to our systems, we’ll be fine. You don’t want to overthink about it too much.”