Canada is extending its ban on passenger flights from the United Kingdom until Jan. 6, Prime Minister Justin Trudeau announced Wednesday.

The two-week extension is on top of the initial ban, originally for three days, implemented Monday. Those restrictions were in response to the emergence of a new variant of COVID-19 in Britain that research suggests is more transmissible than the variant currently dominant in Canada.

Trudeau made the announcement during an address outside of Rideau Cottage in Ottawa on Wednesday afternoon. In that address, he also announced that Canada had secured additional doses of the Pfizer vaccine to be delivered in January and the appointment of Vice-Admiral Art McDonald as new chief of the defence staff.

Countries around the world have restricted travel from the U.K. in response to the new variant of COVID-19. On Tuesday, federal health officials said they had not yet detected the variant in an analysis of samples already gathered in Canada.

As of Tuesday, the Public Health Agency of Canada had analyzed over 25,000 samples of the virus, Chief Public Health Officer Dr. Theresa Tam said.

WATCH | Coronavirus variant not yet in Canada, health officials say: 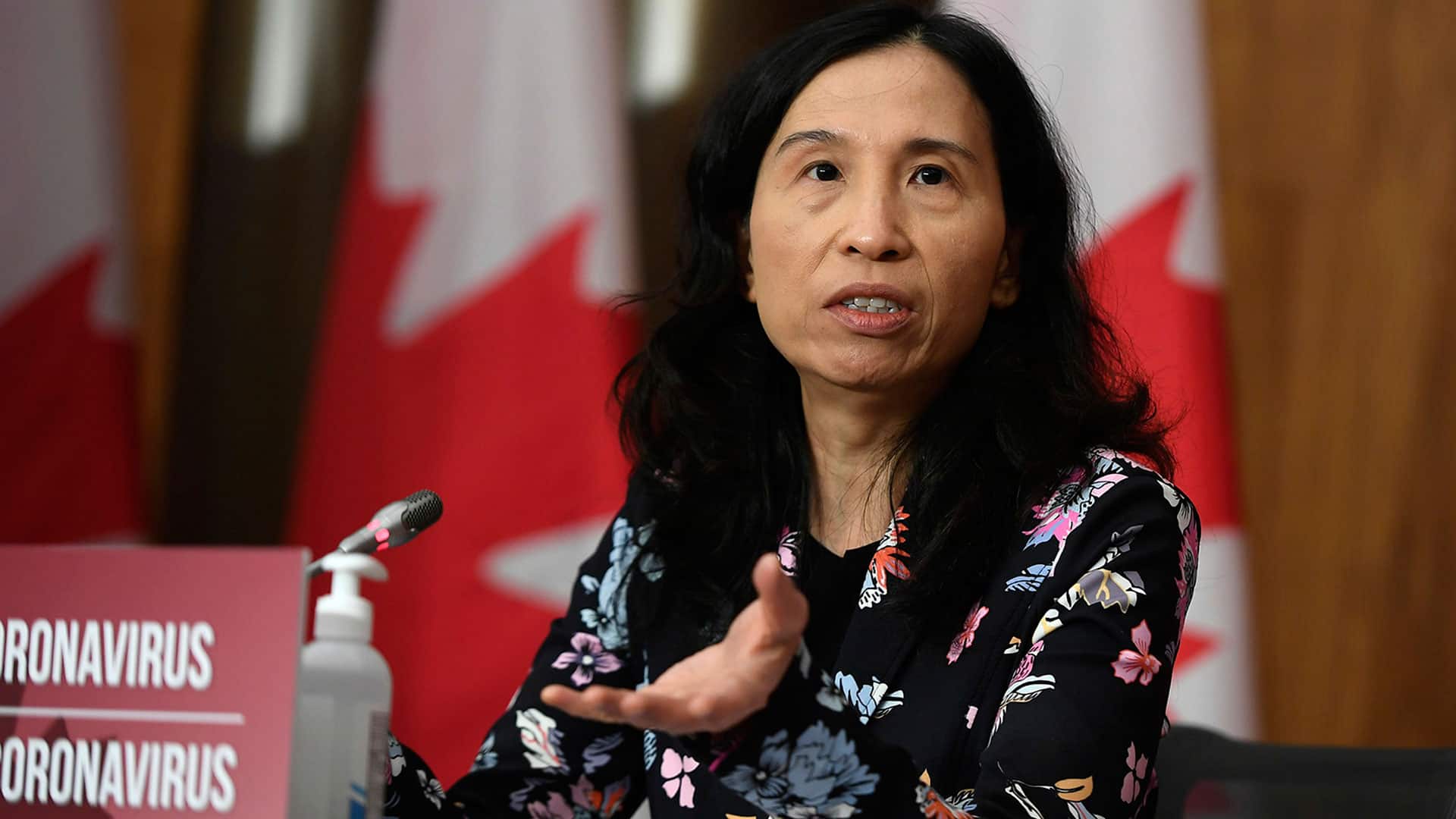 Canadian health officials said Tuesday the new variant of the coronavirus has not yet been identified in Canada and international travel is not a main spreader of COVID-19, as Ontario Premier Doug Ford calls for more testing of people coming in from other countries. 1:52

But Dr. Anthony Fauci, director of the U.S. National Institute of Allergy and Infectious Diseases, told CBC News he “would not be surprised” if the variant was already present in Canada and the United States.

The variant is said to be up to 70 per cent more transmissible than the previously dominant strain in the U.K., based on modelling.

Federal and provincial authorities have clashed over whether Canada’s current border restrictions and testing regime at points of entry are sufficient to stop infections originating from travellers.

Ontario Premier Doug Ford earlier this week said the border was like a “sieve,” while Public Safety Minister Bill Blair argued the country had some of the strongest restrictions in the world.

“We have not been slow and not been unresponsive to the concerns that Canadians have,” Blair said.

Minister of Public Safety and Emergency Preparedness Bill Blair says roughly 300 passengers per day have travelled to Canada from the U.K. in recent weeks, but that they are all held to strict quarantine measures. 1:47

Both Pfizer and Moderna have expressed confidence that their vaccine with still be effective against the new variant of COVID-19 present in the United Kingdom. Both manufacturers are currently testing their vaccines on the variant.