U.S. President-elect Joe Biden’s legal team in Georgia said on Friday they do not expect a hand recount of votes in the state to change the results of the Nov. 3 election.

Democrat Biden, who led Republican President Donald Trump by more than 14,000 votes in Georgia out of five million cast, was projected the winner in the state on Friday.

Without producing evidence, Trump has complained of widespread fraud and irregularities in Georgia and other battleground states he lost to Biden.

“Trump’s legal strategy seems to be aimed at denying the inevitable. At the end of the day, more people voted in Georgia for Joe Biden and Kamala Harris than voted for Donald Trump and Mike Pence, and there isn’t anything that a count or a recount or a legal action is going to do to change that fact,” said Democratic Party lawyer Marc Elias on a call with reporters.

Once the recount was complete, there should be no more doubt about the result of the state’s election, Elias said.

The recount, coming immediately after a prolonged tallying of ballots, must be completed in time for results to be certified by Nov. 20, a timeline that was set to tax election officials.

Advocacy group Common Cause on Friday called for Georgia to provide more resources to election offices, some of which the group said were having to hire new staff to help out exhausted election workers.

The Biden team said they were confident the process would be completed in time, citing a timeline from the secretary of state that expects the hand recount to be finished on Wednesday.

Democrats are also looking to carry the momentum to two Senate run-off races in January.

Two Democratic victories would yield a 50-50 Senate, with vice-president-elect Harris holding the tie-breaking vote. That would tilt the chamber to Democrats and assure Biden’s agenda would at least get a hearing under would-be Senate Majority Leader Chuck Schumer of New York. 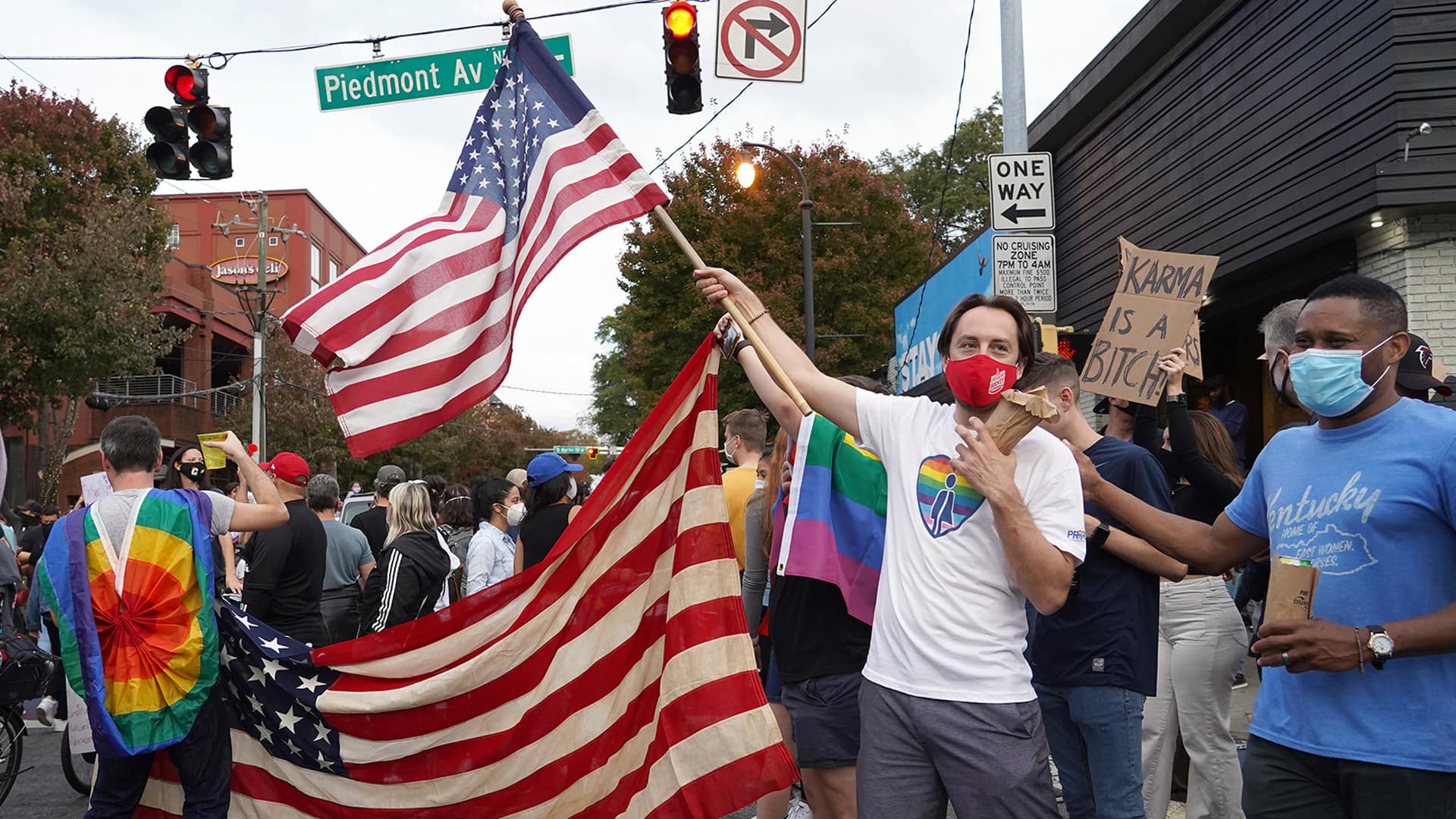 The Democrats are looking to two run-off votes in Georgia to break the Republican domination of the U.S. Senate. If they’re successful in January, the chamber would be evenly matched, leaving the vice-president in the role of tie breaker. 2:01

Pennsylvania, another battleground state in which Trump challenged Biden’s win, said Friday it will not be ordering a recount due to Biden winning by a large enough margin.

Biden won the state and its 20 electoral votes by about 60,000 votes out of about 6.8 million cast, according to The Associated Press.

With Georgia, Biden now has 306 electoral votes, well past the 270 needed to win the presidency.