“He said he didn’t tell anybody because he was afraid Americans would panic,” Biden said in Philadelphia on ABC. “Americans don’t panic. He panicked.”

“Hey, I’m president — I have to see people, I can’t be in a basement,” Trump said on NBC in front of an outdoor audience of voters in Miami, implicitly criticizing Biden for spending months off the campaign trail as the pandemic raged.

He said he “heard different stories” about the efficacy of masks, even though his own administration’s public health experts have said wearing them is key to stopping the spread of the virus.

The president also declined to denounce QAnon, the false conspiracy theory that Democrats are part of a satanic global child sex trafficking ring, first praising its adherents for opposing pedophilia before saying he knew nothing about the movement.

WATCH | Another chance for Trump to denounce white supremacy:

NBC Town Hall moderator Savannah Guthrie asks Donald Trump if he will denounce white supremacy, suggesting he is often hesitant to do so. 2:59

With less than three weeks to go until the Nov. 3 U.S. election, the Republican president is trying to change the dynamics of a race in which Biden has a double-digit advantage in some national polls.

Video from local media showed large numbers of people waiting for the polls to open in Greensboro and Winston-Salem and gathering in the pre-dawn hours to vote at two arenas in the state’s largest city, Charlotte.

WATCH | Biden defends plan to raise taxes for the rich, despite pandemic: 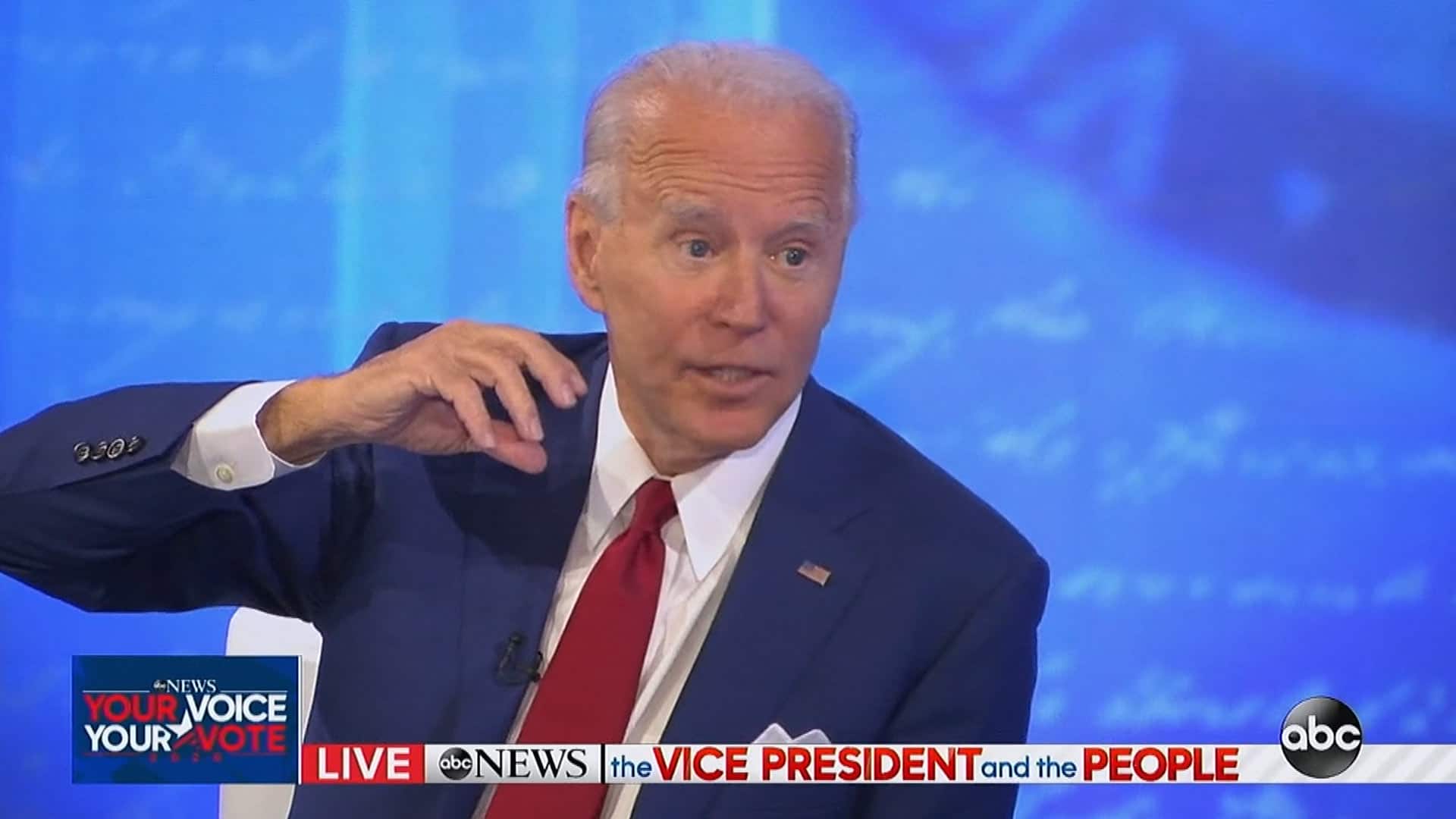 Gerry Cohen, a member of the election board in the county that includes most of the city of Raleigh, N.C., saw more than 400 people in line at a community centre before polls opened.

“I’ve never seen this many in line here,” he said on Twitter.

Nearly 18 million Americans have cast ballots either in person or by mail so far, representing 12.9 per cent of the total votes counted in the 2016 general election, according to the U.S. Elections Project at the University of Florida.

Voters are seeking to avoid in-person lines on Election Day to stay safe as coronavirus infections and hospitalizations continue to rise but also to make sure their ballots will count. Many are concerned that Trump will challenge widely used mail-in ballots, after he claimed without evidence that they were fraudulent.

WATCH | What cancelling a presidential debate means for the race and voters:

With less than three weeks to go until election day, The National’s U.S. political panel looks at what cancelling the second presidential debate means for the race, whether President Donald Trump getting COVID-19 changed anything and what voter groups both candidates are trying to reach. 7:52

Trump’s campaign is counting on a surge of last-minute votes. But Reuters/Ipsos polling conducted from Friday to Tuesday suggests there are far fewer undecided likely voters this year — around eight per cent — and they are just as likely to pick Biden as they are Trump.

Four years ago at this stage of the campaign, more than twice as many people were similarly wavering between Trump and his Democratic opponent, Hillary Clinton.

The Reuters/Ipsos polling shows Biden holding a 10-percentage-point lead nationally, with a tighter margin in the battleground states that will help decide the election.

Democratic fundraising organization ActBlue said on Thursday it collected $1.5 billion US online from July to September, the most it had ever raised in one quarter. By comparison, major Republican fundraising platform WinRed said on Monday that it collected $623.5 million US in the same period.

“We’ve raised more money than I ever thought we could,” Biden told donors at an event.

Both candidates have been visiting battleground states this week, with Trump holding rallies in Florida, Pennsylvania and Iowa and Biden traveling to Ohio and Florida.

There is growing concern about voter suppression three weeks before the U.S. election, with technical glitches at voting machines, lineups that are up to 11 hours long and controversial court rulings limiting the number of absentee ballot drop-off sites. 1:40

Speaking to a rally in Greenville, N.C., on Thursday, Trump promised an economic recovery if he was re-elected. “We’re going to have a red wave,” he said.

The U.S. economy tanked in the second quarter due to the coronavirus pandemic, and at least 25 million remained on jobless benefits at the end of September, Labour Department figures showed on Thursday.

Trump pulled out of Thursday’s scheduled debate when the commission in charge of organizing the event said it would be held virtually after he contracted the coronavirus. A final debate is still scheduled for Oct. 22 in Nashville, Tenn.

The town halls, in which each candidate will field questions from voters, will take place at 8 p.m. ET, with Trump on NBC from Miami and Biden on ABC from Philadelphia. 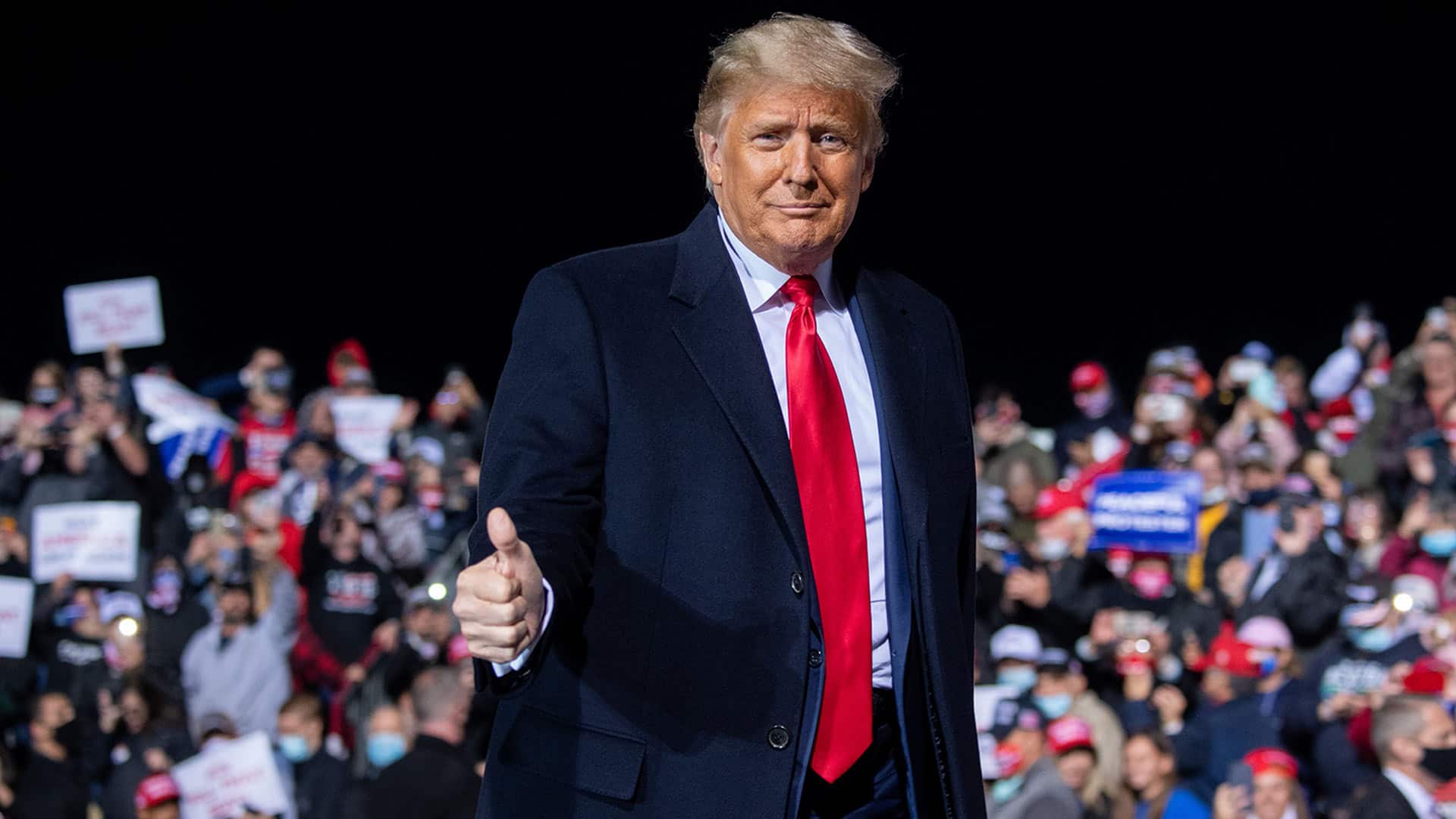 Down in the polls with the election fast approaching, U.S. President Donald Trump has returned to his 2016 playbook and doubled down on harsh messaging aimed squarely at his base. 2:01

A group of 100 Hollywood actors and producers wrote a letter of protest to NBC, saying that airing Trump’s town hall was “enabling the president’s bad behaviour while undercutting the Presidential Debate Commission and doing a disservice to the American public.”

The Biden campaign said on Thursday that two people involved in the campaign had tested positive for COVID-19, including one on the staff of Sen. Kamala Harris, Biden’s running mate.

Biden had also been on a plane with an aviation company employee who tested positive but was not in close contact, his campaign said in a statement. He tested negative for COVID-19 on Thursday as well as Wednesday, his campaign said.

“This shows how seriously we take COVID, how we have since March done everything in our power as a campaign to ensure the safety of our staff and volunteers and voters,” Biden’s campaign manager, Jen O’Malley Dillon, told reporters on a call.