U.S. President Donald Trump is advising “be careful of what you wish for” as House lawmakers consider a resolution calling on Vice-President Mike Pence to invoke the 25th Amendment to declare the president unable to serve.

Pence is not expected to take any such action, regardless of the vote in the House this evening.

Trump said Tuesday as he visited the southern border wall in Texas that, “The 25th Amendment is of zero risk to me, but will come back to haunt Joe Biden and the Biden administration.” He added, “As the expression goes, be careful of what you wish for.”

Earlier, as he left Washington for the town of Alamo, Texas,Trump took no responsibility for his part in fomenting the violence at the U.S. Capitol last week, despite his comments encouraging supporters to march on the Capitol and his praise for them while they were still carrying out the assault.

“People thought that what I said was totally appropriate,” Trump said.

He added in his remarks this afternoon, “We believe in the rule of law, not in violence or rioting,” a different tone from the message he sent his supporters last week when he told them he loves them and that they are special.

The rampage through the halls of Congress sent lawmakers of both parties and Trump’s own vice-president into hiding, as crowds called for Mike Pence’s lynching for his role overseeing the vote count.

The scene also undermined the hallmark of the nation’s republic — the peaceful transition of power. At least five people died, including one Capitol Police officer.

WATCH | There could be violence at Biden’s inauguration, FBI warns: 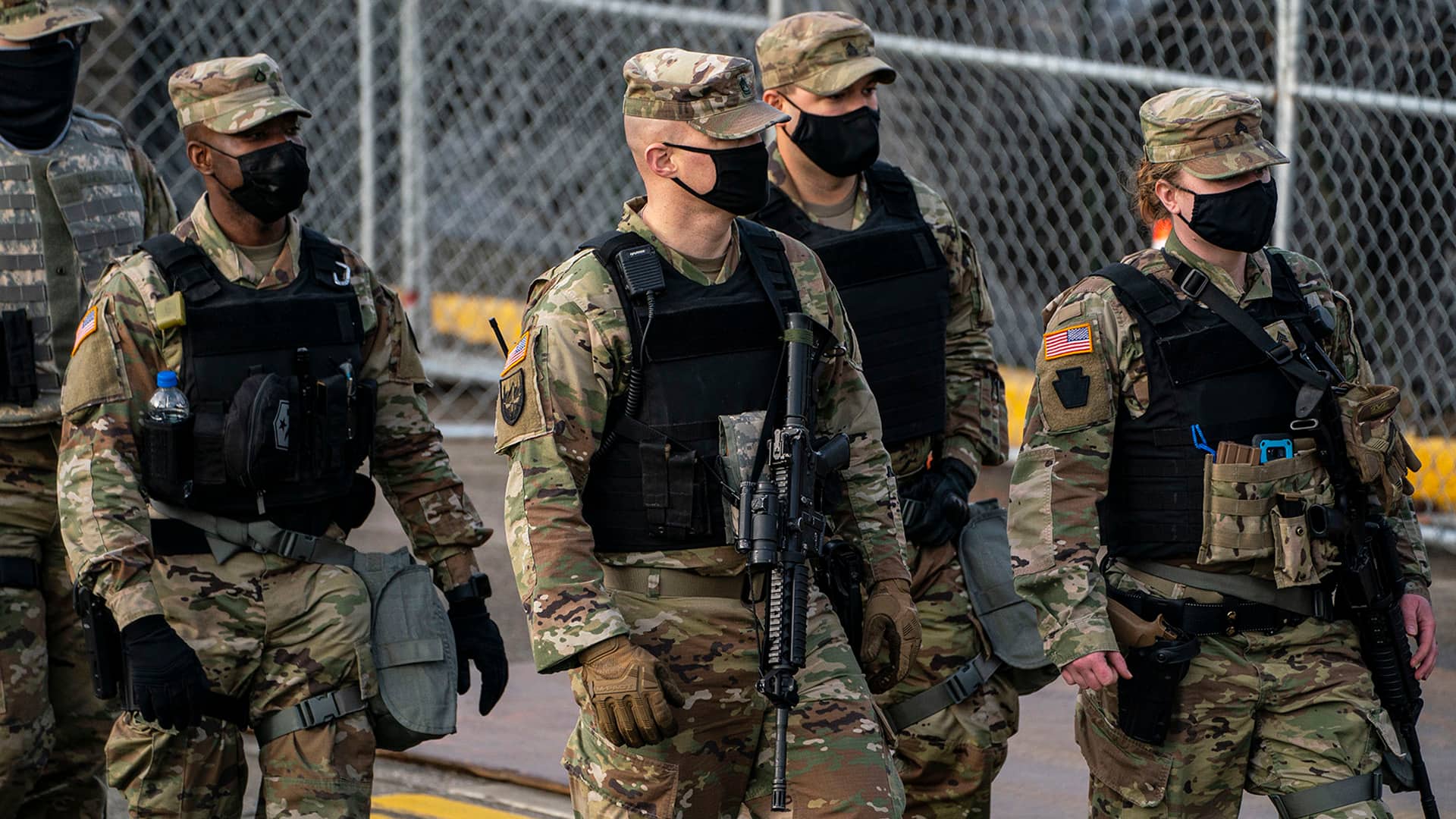 The FBI warns more violence may be brewing in Washington and all state capitals as Joe Biden’s inauguration looms while experts warn those trying to remove U.S. President Donald Trump from office may be using the wrong approach. 2:52

Federal prosecutors Tuesday said they are looking at bringing “significant” cases involving possible sedition and conspiracy charges in connection to the riots.

U.S. Attorney Michael Sherwin, who provided an update on criminal charges at a Justice Department news conference, said that some of the misdemeanor charges brought against the people who breached the Capitol were intended as placeholder counts and that more serious charges, including sedition, are possible.

He said the Justice Department has created a specialized task force that will look at everything from travel to movement of the individuals.

In the days leading up to the Jan. 6 certification vote, Trump encouraged his supporters to descend on Washington, D.C., promising a “wild” rally in support of his baseless claims of election fraud, despite his own administration’s findings to the contrary.

Speaking for more than an hour to a crowd on the Ellipse that day, Trump encouraged supporters to “fight like hell” and suggested that Republican lawmakers would need “more courage not to step up” and overturn the will of voters to grant him another term in office. He also suggested he would join them in marching on the Capitol.

As Trump wrapped up, thousands of his supporters were already heading to the Capitol, where lawmakers had convened to count the electoral votes.

As rioters were still in the building and lawmakers sheltered in secure locations, Trump, at the urging of aides who were shocked by the violence, released a video seemingly excusing the events, saying of the rioters: “We love you. You’re very special. Go home.”

Speaking Tuesday, Trump said the “real problem” was not his rhetoric, but the rhetoric that Democrats used to describe Black Lives Matter protests and violence in Seattle and Portland this summer,

“Everybody to the ‘T’ thought it was totally appropriate,” Trump said of his own comments.

Trump headed to Alamo, Texas, a city in the Rio Grande Valley near the U.S.-Mexican border — the site of the 724th kilometre of the border wall his administration is building.

Trump’s visit came as he spends the final days of his presidency isolated, aggrieved and staring down the prospect of a second impeachment.

Aides have been urging the president to spend his remaining days in office highlighting what they see as the chief accomplishments of his presidency: a massive tax cut, his efforts to roll back federal regulations and the transformation of federal courts with the appointment of conservative judges.

But Trump has repeatedly resisted their efforts as he has remained ensconced in the White House, behind closed doors, consumed by baseless allegations of voter fraud and conspiracies.

A few dozen Trump supporters rallied hours before his visit to the Rio Grande Valley near the Harlingen, Texas, airport, where he was scheduled to land. They planned to stage a caravan of vehicles flying flags that support the president and far-right causes like the QAnon conspiracy theory.

“If he is able to see us, we hope that it would encourage him and lift up his spirits,” said Sharon Katie Taylor, a retiree from Iowa. “The people voted him in, and that will be proven.”

Over the last four years, Trump and his administration have taken extreme — and often unlawful — action to try to curb both illegal and legal immigration. Their efforts were aided in his final year by the coronavirus pandemic, which ground international travel to a halt.

Mark Morgan, acting commissioner of U.S. Customs and Border Protection, has warned the next administration that easing Trump administration policies, including a halt to wall construction, would lead to a surge of people seeking to cross the border, creating “an unmitigated crisis in the first few weeks.”

Biden has said he’d halt construction of the border wall and take executive action where possible to reverse some of Trump’s restrictions on legal immigration and asylum seekers.

But Biden and his aides have acknowledged the possibility of a new crisis at the border if they act too quickly, and Biden has said it could take six months for his administration to secure funding and put in place the necessary infrastructure to loosen Trump-era restrictions.