Mike Babcock, who coached the Detroit Red Wings to a Stanley Cup title and the Canadian men’s team to two Olympic medals, is taking over the University of Saskatchewan Huskies men’s team.

“I am excited to work with Huskie athletes, back in my hometown, at the university where I had the opportunity to play under legendary coach Dave King,” Babcock, a Saskatoon native, said in a statement.

“This is a special place for me, and I look forward to having the chance to help develop these young men. Saskatchewan has provided me many opportunities in my life and my career, and I am truly excited about the opportunity to give back.”

Babcock joins the Huskies after spending the past 17 seasons in the NHL, including guiding the Red Wings to the Stanley Cup championship in 2008.

He also coached Anaheim and Toronto. Babcock was fired 23 games into the 2019-20 season while in his fifth campaign with the Maple Leafs.

Babcock coached Canada to Olympic gold medals in men’s hockey in 2010 and 2014 and was also behind the bench for Canada’s 1997 world junior championship and world title in 2004. 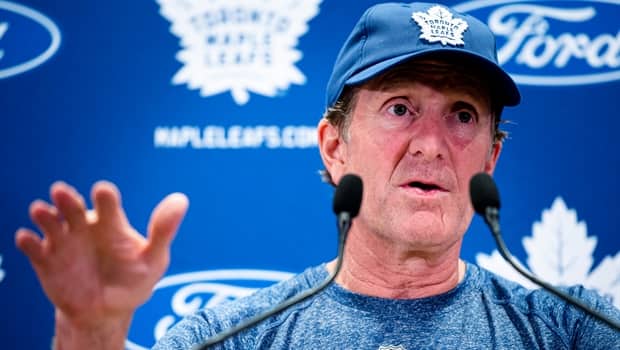 After 23 games played during the 2019-2020 NHL season, the Toronto Maple Leafs fired head coach Mike Babcock. And there’s a laundry list of reasons why it happened. 1:19