On Monday, Provincial Health Officer Dr. Bonnie Henry urged B.C. residents to stay home, not travel and not engage in social interactions, saying COVID numbers have plateaued at an average of 500 cases a day — a number she said was still dangerously high.

She said the shortage of vaccine, combined with the presence of more infectious variants, means the province is at a critical point.

“For the last few weeks, we have plateaued at 500 new cases. This is too many. We are at a precipice. The virus continues to circulate in our communities. We are at the threshold of where we were in late October and November when cases started escalating,” she said.

“Over the next two weeks, I believe we can bend our curve. Not just plateau, but bend it back down … More than you’ve ever done before, stay home, stop social interactions.” 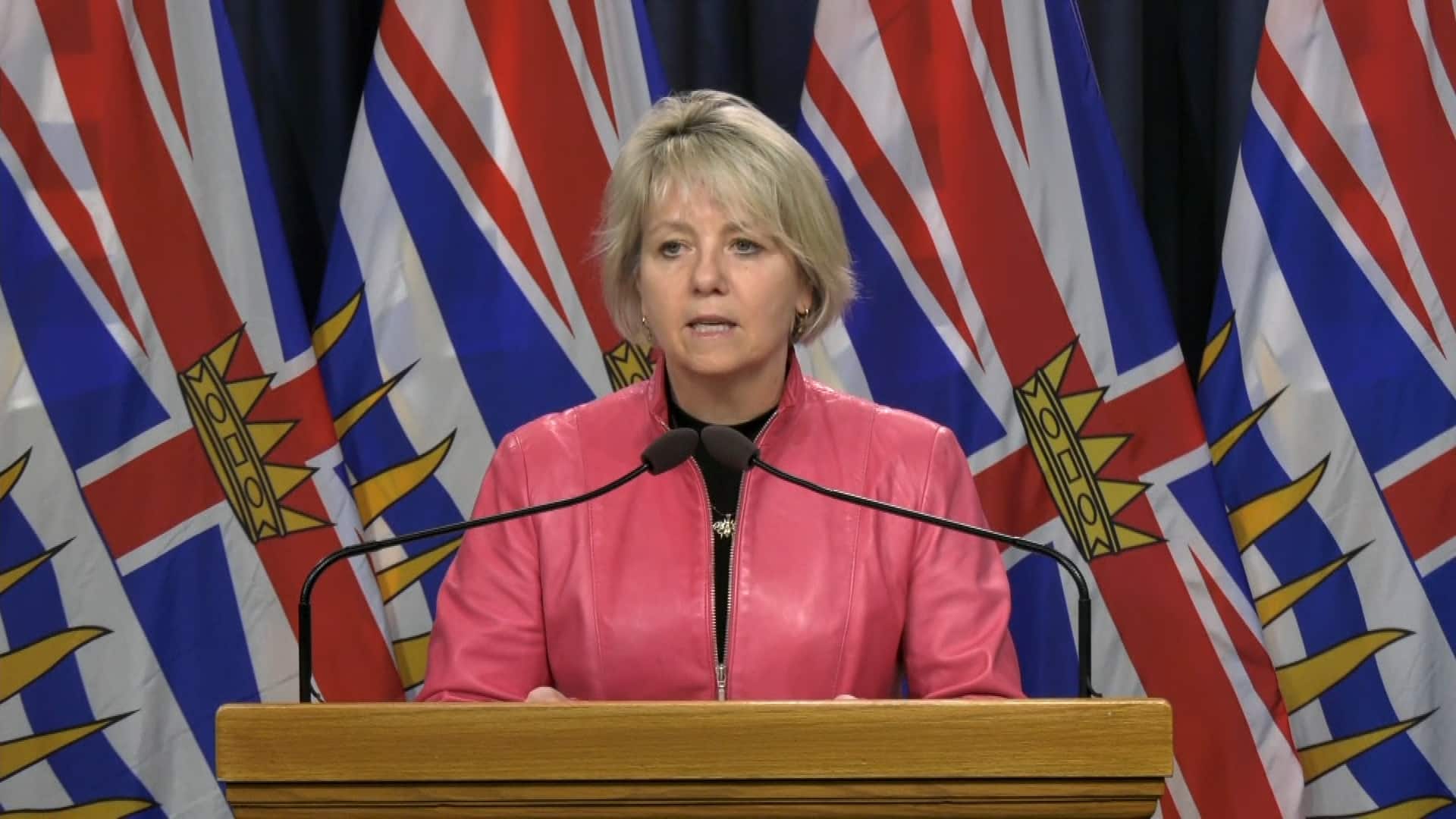 Although COVID-19 cases have plateaued, B.C.’s provincial health officer says the province is at a precipice and the vaccine cannot be relied upon just yet. 2:04

Henry said that over the weekend the province received further updates on future shipments of vaccinations — and that B.C. will not be receiving new doses of the Pfizer or Moderna vaccine over the next two weeks.

As a result of the shortage, the second doses of the vaccine will be delayed to day 42, rather than 35 in order to provide protection to a greater number of people.

“The next two weeks we will receive very little new vaccine,” she said.

“We are not sure how much vaccine we’ll be receiving in February. We know the federal government is doing as much as possible to obtain vaccine … We have little vaccine, and we need to target it where it will do the most good.”

There are 4,392 active cases of coronavirus in the province, with 328 people in hospital, 68 of whom are in intensive care.

Eleven outbreaks in long-term care homes have been declared over.

But at Monday’s news conference Henry put the number of U.K. cases in B.C. at five.

She said, so far, there has been no ongoing transmission detected from the U.K. cases. Cases of the variant first seen in South Africa and now detected in B.C. are not connected to travel, and Henry said public health officials are conducting contact tracing to determine where they may have come from.

These newer variants, first identified in the United Kingdom, South Africa and Brazil, are transmitting more easily than the original strain, with data on the U.K. variant suggesting it is 50 per cent more transmissible from person to person than the common strain of the coronavirus.

“I’m very concerned. I’m concerned that if those variants start to spread, it’s just going to make our job that much more difficult,” said Henry.

“We do not have enough vaccine to protect everybody who needs our protection right now. The sooner we get our numbers down, the sooner we get back to the things in our lives. Now is a dangerous time.”

Henry painted a picture of what could come if COVID-19 case numbers begin to once again increase.

“When we have lots of people infected, even young people get severely infected and end up in hospital. We will have more of our health-care workers under strain. More restrictions will be needed to slow down the spread,” she said.

Dix also apologized for the delay in releasing  a report on the impact of COVID-19 on B.C.’s long term care homes. The firm Ernst & Young was hired to put the report together in the summer of 2020.

“The report should have been released earlier. It was only brought to my attention 10 days ago. But I take responsibility for that. I am the minister of health,” he said.

“I apologize, in terms of frustrations people may feel about that, put it in context. When you read the report you’ll see action has been taken on that.”