B.C. health officials have confirmed 1,475 new cases of COVID-19 in the province over the last three days, as the provincial death toll from the virus reached 1,010.

Provincial Health Officer Dr. Bonnie Henry and Health Minister Adrian Dix broke down the new cases in a news conference confirming 538 new cases between Friday and Saturday, 507 between Saturday and Sunday, and 430 between Sunday and Monday.

Twenty-two more people have died of the virus, the lowest three-day total since November.

There are currently 5,220 active cases of the virus in the province. Hospitalizations remain unchanged from Friday with 358 people in hospital, 72 of whom are in critical care.

Henry said that B.C. expected to run out of its supply of Pfizer vaccine by end of day Monday, but anticipated a shipment later in the week. An additional shipment of Moderna vaccine is also scheduled to arrive in B.C. within days.

Shipments of the vaccine are currently “back-loaded,” said Henry — with more vaccine arriving in January than in December, more in February than in January, and a significant increase in dosages expected in March.

“We’re expecting to be out of vaccine by the time the new doses arrive,” said Dix.

“That is going to be the pattern over the next period.”

Henry spent some time Monday clarifying B.C.’s decision to allow for a 35-day period between the first and second doses of COVID-19 vaccine, calling it “a science-based approach that takes into account the limited amount of vaccine we have in the province.”

Last week, two separate groups of B.C. doctors and nurses called on the province to reverse course on a decision to delay second doses of the COVID-19 vaccine, arguing the move is unscientific, unsafe and unethical.

But Henry said the decision was made with guidance from the World Health Organization, the BCCDC, the National Immunization Committee and research groups internationally, and that there is no evidence that a longer period between administering a booster dose affects immunity. 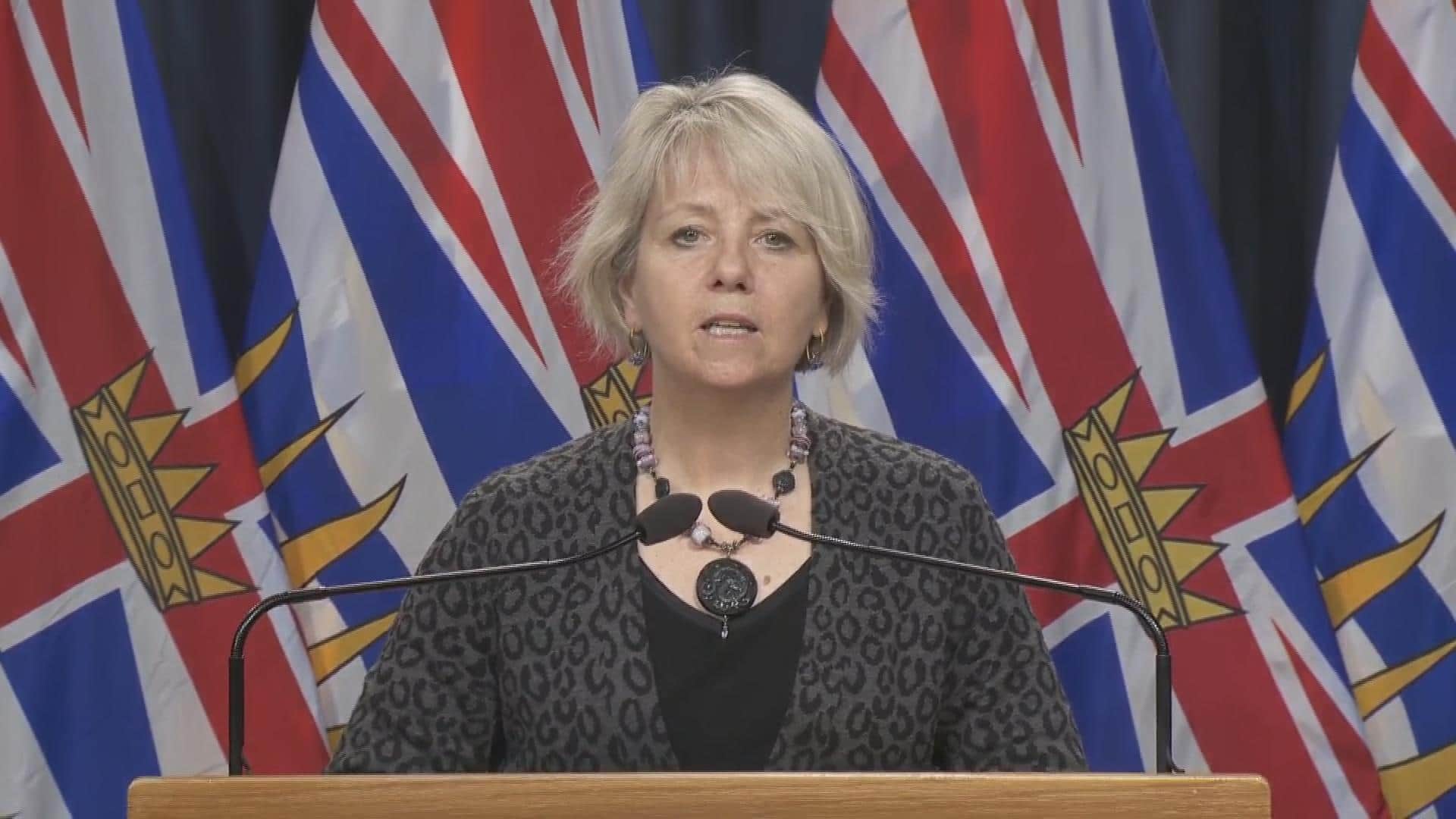 Dr. Bonnie Henry says allowing for a 35-day period between the first and second doses of COVID-19 vaccine is a “science-based approach” that takes into account the limited number of vaccines in B.C. 2:44

“Our decision is around maximizing the distribution while balancing the supply […] making sure we have a safe and effective immunization program,” she said.

“We did not make this decision lightly.”

Henry said the trials showed no difference between immune response among people who got a second dose 19 days later, versus days later — while the primary risk lies not in getting the second dose too late, but too soon.

Data from the vaccine trials shows that protection from one dose of the vaccine was 92.6 per cent from Pfizer and 92.1 per cent from Moderna — with the second dose bumping immunity up by a few extra percentage points.

Henry said time was needed for the body’s immune response to fully kick in for the second “booster” dose to be completely effective.

“That is, quite frankly, amazing. Immunization is achieved rapidly and is quite high,” said Henry.

She said that so far, no vaccine dose has been wasted as a result of complications with distribution.

On Monday, Interior Health confirmed an outbreak within the Canim Lake Band community east of 100 Mile House. So far, 32 cases of COVID-19 have been linked to the First Nations band, where, according to the 2016 census, 228 people live.

There are currently 50 outbreaks at long-term care homes in the province, and six new health-care outbreaks were recorded on Monday.

“The spread really reflects what we are seeing in our community,” said Henry.

“This is such a critical time and I know how tired we are. We hear about politicians going on vacation and thinking it’s not serious enough. We know what we have to do in B.C. We watch what’s happening in Ontario, Quebec and next door. We need to hold the line in B.C.”

The Vancouver Canucks cancelled training camp for the day, after a player came back with a “false positive” COVID-19 test on Sunday.