More people in B.C. received doses of COVID-19 vaccine in the last 24 hours than any day so far this winter, health officials announced Friday.

“This is very good news because every individual protected through vaccination makes us all safer,” Gustafson said.

She noted that B.C. is starting to see a decline in the number of outbreaks of the disease, which shows the vaccination program is working as it should be. Friday’s update includes one new outbreak in long-term care, bringing the total number of active outbreaks in these facilities to 13.

The province has also released new data on individual long-term care and assisted living facilities that show between 80 and 100 per cent of residents have received a vaccine in almost every one of these homes.

Health Minister Adrian Dix noted that fresh supplies of the Pfizer-BioNTech vaccine arrived in the middle of the week following several delays. As a result, B.C. has been able to double the number of second doses of the vaccine in the last seven days.

“We would like to have more vaccine. The only issue holding back the immunization campaign at this stage is supply,” Dix said.

He said he expects about 10 per cent of British Columbians to be vaccinated by the end of March.

As of Friday, there are 217 people in hospital with COVID-19, including 61 in intensive care, out of 4,486 active cases across the province. The total number of hospitalizations is now at its lowest level since Nov. 19.

She noted that because these variants appear to spread more easily, there’s less room for error, making it more important than ever to follow public health orders and particularly to stay isolated if you’ve been told to self-isolate because of an exposure. 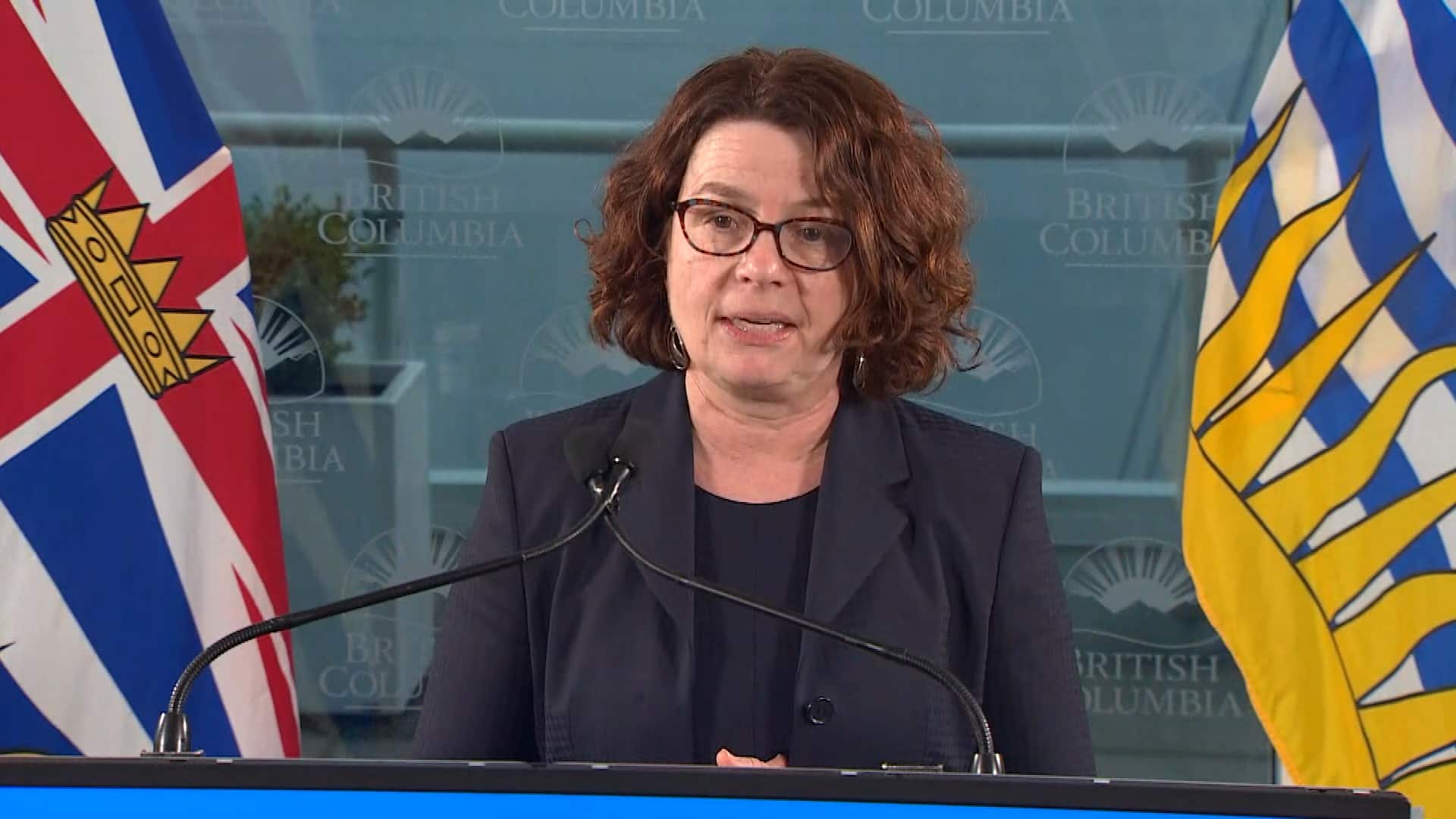 Dr. Réka Gustafson noted that because these variants appear to spread more easily, there’s less room for error, making it more important than ever to follow public health orders. 1:40

Dix noted that he understands people are feeling sick of restrictions on daily life and with the pandemic in general, but now is not the time to let up, especially as numbers are trending upward again in the Lower Mainland and the North.

His comment was in part a reference to a pub trivia night in Port Moody that has led to a growing outbreak of COVID-19. Pubs and restaurants are currently banned from holding events that draw people together, including trivia contests. He was also referencing two illicit karaoke nights that were broken up by police in Richmond last weekend.

Friday’s numbers follow a sudden spike in new cases reported Thursday: 617 confirmed infections over the previous 24 hours. Daily numbers have hovered between 400 and 500 confirmed cases for the last few weeks.

During the last live briefing on Tuesday, Provincial Health Officer Dr. Bonnie Henry warned “the tide can turn quickly” in B.C.’s fight against the virus, with daily cases in the hundreds and “too many people still bending the rules.”