On the Friday before the Family Day long weekend, B.C. health officials are pleading with everyone to stay local and stick to their households in order to stop the spread of COVID-19.

Health Minister Adrian Dix kept his message simple for anyone thinking of holding a gathering to mark the long weekend, Lunar New Year or Family Day: “Don’t do it — now is not the time.”

The warning came as the province announced 445 more cases of COVID-19 and 10 more deaths from the disease.

Provincial Health Officer Dr. Bonnie Henry said there are now 4,347 active cases of the novel coronavirus across the province. That includes 226 patients who are in hospital, including 61 in intensive care.

Henry said B.C. is making progress on getting the second wave of the pandemic under control, but that it is going to continue,  and everyone needs to stay local and stick to their households, in accordance with public health orders and advice.

“We are trending in the right direction … but slowly,” she said.

There has been one new outbreak in the health-care system at Chartwell Carrington Place in Vernon. As of Friday, there are 16 active outbreaks in long-term care and assisted living and six in acute care units of hospitals.

Henry said B.C. is looking forward to a significant increase in shipments of COVID-19 vaccines next week after weeks of reduced supply. That includes more than 50,000 doses of the Pfizer-BioNTech product, about half of which will be used for second doses.

She noted that recent days have seen a decrease in transmission in long-term care and assisted living, where all staff and residents have had a chance to receive the shot, calling it “clear evidence” that immunization is already having an effect.

B.C. has also had one confirmed case of a newly reported variant connected to travel to Nigeria, Henry added, but it’s still not clear whether this variant is more transmissible like the other variants of concern. A global investigation is currently underway to determine how this variant acts and whether it will respond to vaccination. 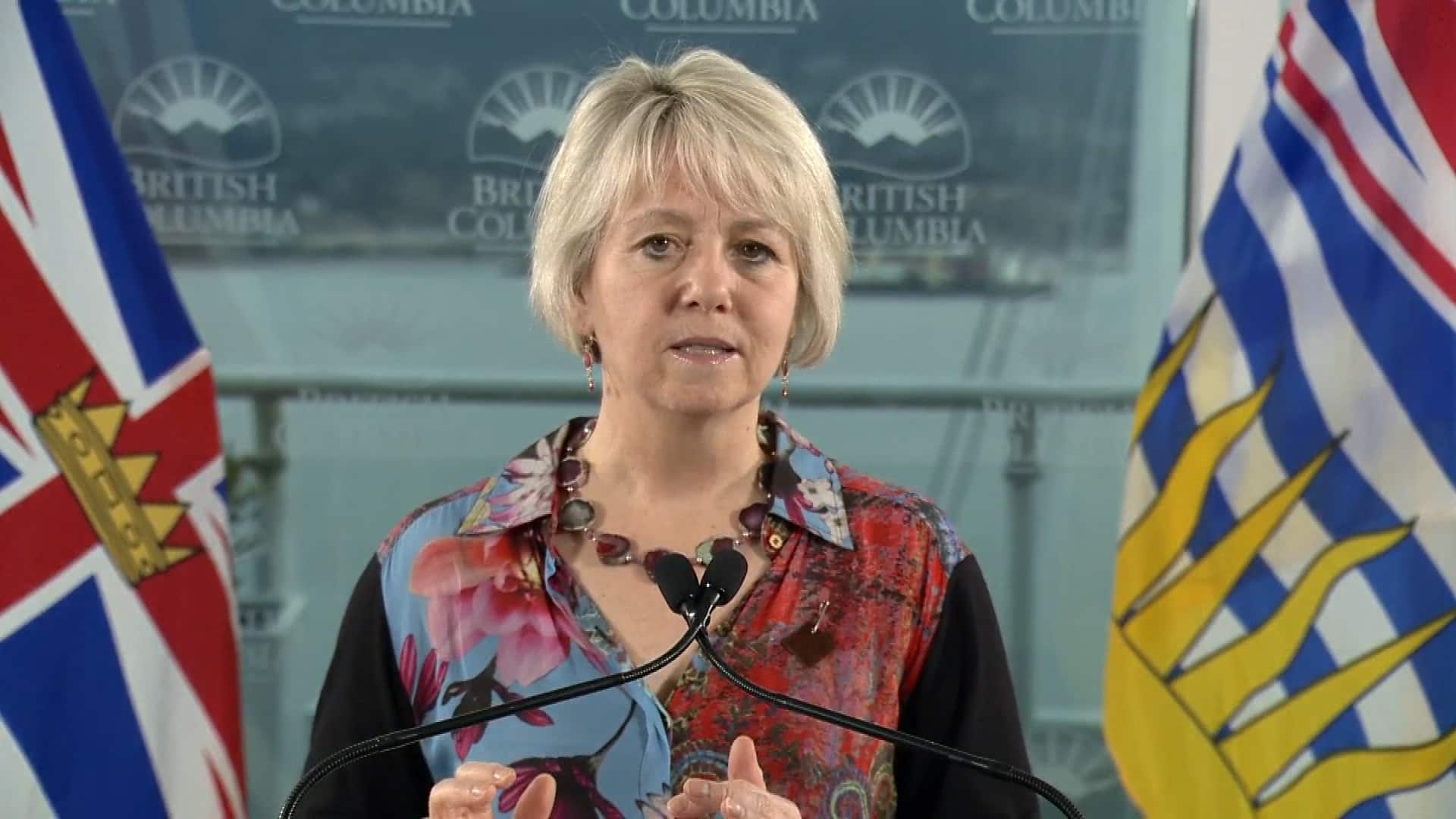 Dr. Bonnie Henry still believes B.C. ‘s vaccination plan will be effective in the battle against COVID-19, even as the province is reporting new cases of coronavirus variants. 1:17

Henry said she has faith that vaccination will bring the pandemic under control, but if the variants of concern start spreading widely in B.C., achieving that goal will be much more difficult. At the moment, she estimates about 0.1 per cent of all COVID-19 cases in B.C. involve variants of concern, and public health workers are not seeing ongoing transmission.

Interior Health also provided an update Friday on the growing cluster of cases in the Williams Lake area. Eleven more cases have been confirmed since Tuesday, bringing the total number of positive tests in the community to 412 since the New Year.

Just one new case has been confirmed in the cluster at Big White Mountain Resort near Kelowna, bringing the total number of cases to 236.

On Thursday afternoon, police announced two pandemic-flouting parties in Richmond resulted in fines of over $16,000 to hosts and guests.

Prime Minister Justin Trudeau announced Friday that air travellers landing in Canada will have to quarantine in a hotel, at their own expense, starting Feb. 22, as the federal government tries to curb the spread of the new, more transmissible variants of the COVID-19 virus.