Azerbaijan’s defence ministry on Saturday released a video it says shows rocket and artillery strikes on alleged enemy positions, amid a new escalation of its conflict with neighbouring Armenia over Nagorno-Karabakh.

The release of the footage, the date and location of which could not immediately be verified, comes as Azerbaijan in turn accused Armenia of striking its second-largest city with a ballistic missile early Saturday that killed at least 13 civilians and wounded 50 others.

The Armenian defence ministry denied launching the strike, but the separatist authorities in Nagorno-Karabakh put out a statement listing alleged “legitimate” military facilities in the city of Ganja, although they stopped short of claiming responsibility for the attack.

While authorities in both Azerbaijan and Armenia have denied targeting civilians, residential areas have increasingly come under shelling amid the hostilities that have raged for three weeks despite Russia’s attempt to broker a ceasefire. 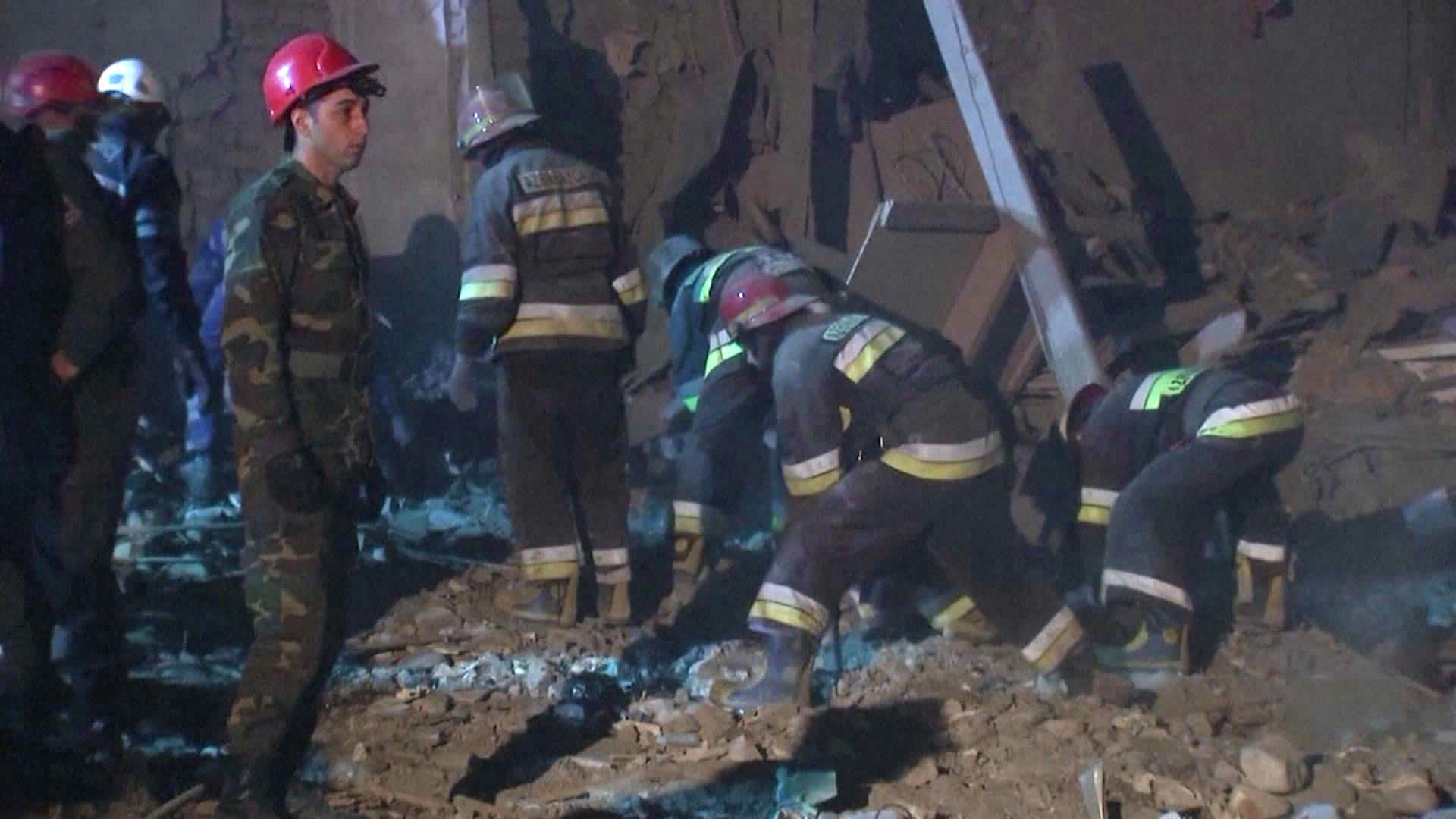 Rescuers dig through rubble looking for survivors in Ganja, Azerbaijan, after a rocket attack, which the country blamed on Armenia amid the ongoing Nagorno-Karabakh conflict. 1:30