The average price of a home sold on the Canadian Real Estate Association’s MLS service went for $604,000 in September, an all-time record and an increase of more than 17 per cent in the past year.

The group that represents 130,000 Canadian Realtors said that in addition to smashing the previous record on the price side, it was also the busiest September ever in terms of the volume of homes sold, with an additional 20,000 transactions logged on top of the previous record.

Thursday’s numbers are the latest eye-popping figures to come out about Canada’s housing market, which has defied expectations since March.

The pandemic caused home sales to crater in March and April because of widespread lockdowns but has come out on fire every month since.

Having to spend months locked down in their homes seems to have ignited a desire in buyers for more space, which is why detached properties in suburbs around major cities are driving the gains. “Home has been our workplace, our kids’ schools, the gym, the park and more,” CREA’s chief economist Shaun Cathcart said. “Personal space is more important than ever.”

CREA said its average price is not the best gauge of the market because it is easily skewed by sales of expensive homes in Toronto and Vancouver. The group said if those two cities are stripped out, the average Canadian home sold last month went for $479,000. But that figure has risen by even more than the overall average, up by more that 20 per cent in the past year.

Indeed, it’s not just Toronto and Vancouver that are seeing booming sales in the suburbs. “We have also seen increased demand for properties outside of the city in our bedroom communities, especially recreational properties,” said real estate broker Corinne Lyall with Royal LePage in Calgary. A total of 2,405 homes changed hands during the month in the city. That’s up by more than 30 per cent in the past year and almost 10 per cent in the past month alone. 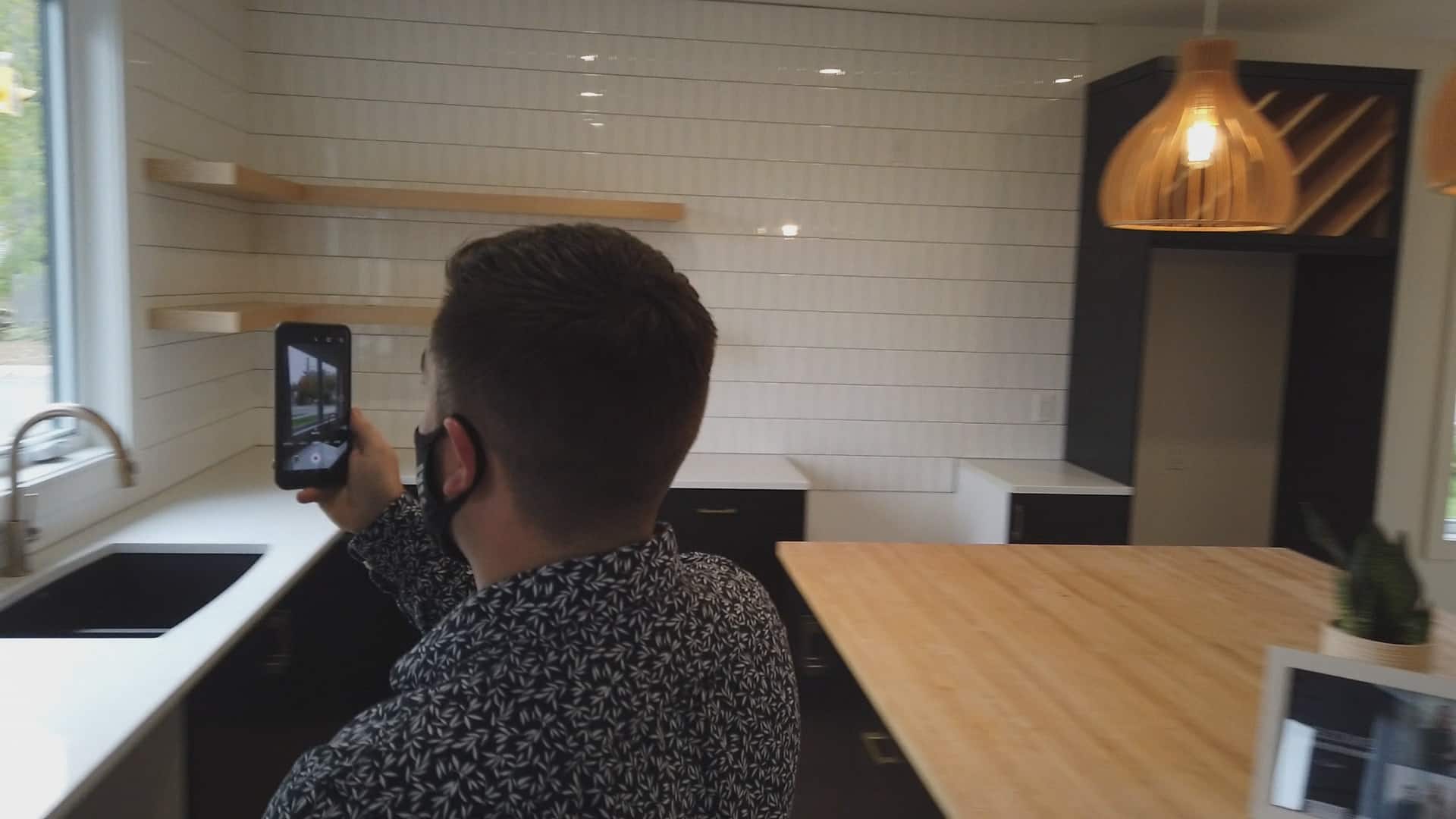 Ontario family buys a home in New Brunswick without seeing it in person. 1:50

In addition to pandemic-induced demand for space, the housing market has been buoyed by record low interest rates, which can make more expensive homes feel more affordable.

With forces like that at play, the housing market’s counterintuitive rise amid a pandemic starts to make a bit of sense.

“But the question now becomes whether this momentum is sustainable,” TD Bank economist Rishi Sondhi said.

He chalks up a big part of the current boom to pent-up demand after a muted spring selling season. But that’s largely in the past now, so “home sales are set to cool from their unsustainable third quarter pace over the next few quarters,” Sondhi said.