A pair of Canadians are already off to a winning start at the Australian Open.

Milos Raonic cruised to a 6-3, 6-3, 6-2 victory over Argentina’s Federico Coria in his opening-round match at the Australian Open.

“It’s good to be efficient early on,” Raonic said. “A lot goes on throughout two weeks. There could be really difficult moments. There’s bound to be. So, I think to be efficient early, especially after competing just last week [at the ATP Cup], that kind of efficiency, hopefully it can pay off down the line.”

The native of Thornhill, Ont., hit 17 aces in the victory, needing just an hour and 35 minutes to defeat his first-round opponent. Raonic, ranked 14th, hit 51 winners compared to Coria’s nine. The Argentinian also had 18 double faults in the loss. 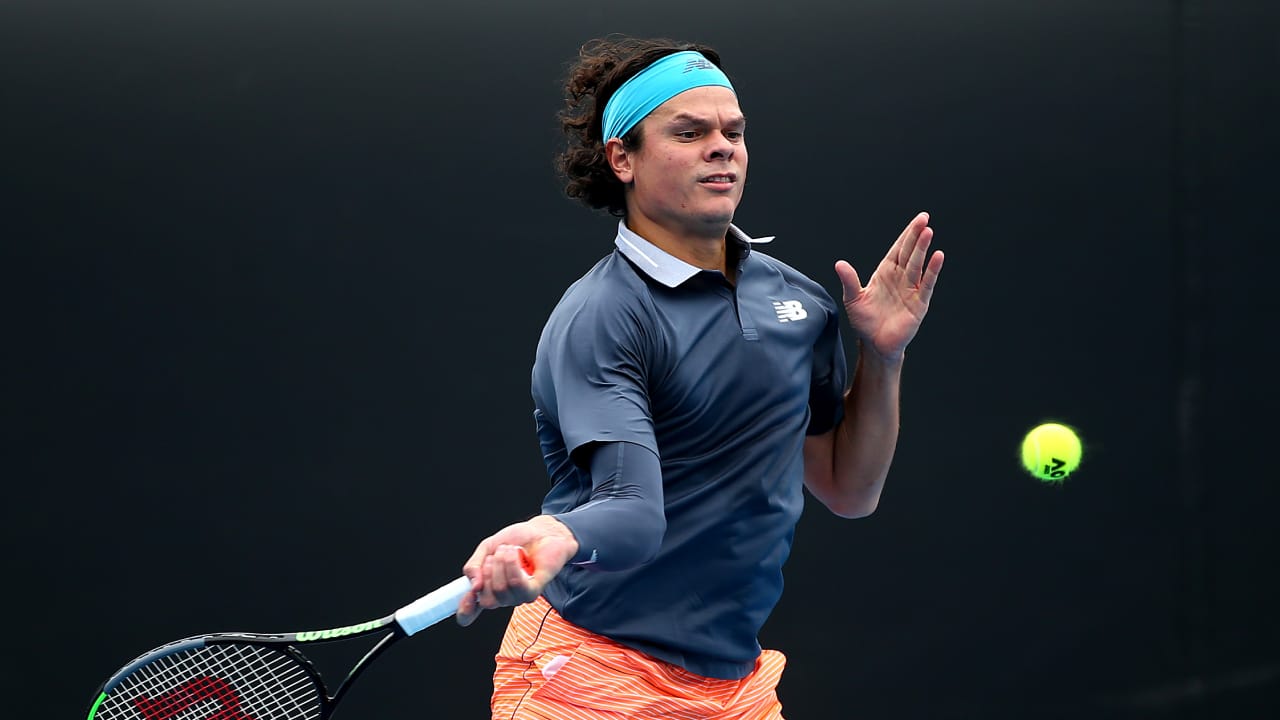 Raonic lost in the quarter-finals of last year’s Australian Open against Novak Djokovic. His best showing at the Open was in 2016 when he lost in the semifinals against Great Britain’s Andy Murray.

Rebecca Marino won her opening-round match against Australia’s Kimberly Birrell, winning 6-0, 7-6 (11-9). It was the 30-year-old’s first appearance in a Grand Slam tournament since 2013.

Marino needed 23 minutes to win her first set, failing to drop a game against the 22-year-old Australian. Marino won the first seven games of the match before Birrell equalized at 1-1 in the second set. Marino defeated Kimberly Birrell 6-0, 7-6 in the opening round of the Australian Open. 0:25

The Vancouver native hit 25 winners compared to just one hit by Birrell, while also hitting 10 aces.

Marino and Birrell needed a tiebreaker to decide the second set, with both players trading points until a five-shot rally gave the Canadian an 11-9 advantage.

Marino will play the winner of Sweden’s Rebecca Peterson and Czech Republic’s Marketa Vondrousova first-round match-up in the second round.

Three other Canadians will play their first matches of the tournament Monday.

Bianca Andreescu is scheduled to play her first match in 15 months when she plays Romania’s Mihaela Buzarnescu. The 2019 U.S. Open champion hasn’t played since tearing her left meniscus at the WTA Tour Finals in Oct. 2019.

Montreal’s Felix Auger-Aliassime, fresh off a loss in the Murray River Open final to Great Britain’s Daniel Evans, will play Germany’s Cedrik-Marcel Stebe in his opening round match.

Serena Williams is off to a fast start at the Australian Open.

After losing the opening game, Williams won 10 games in a row and beat Laura Siegemund 6-1, 6-1 on the first day of the tournament. The victory marked the start of Williams’ latest bid for a record-tying 24th major title.

Williams took the court in a colorful one-legged catsuit, and her game looked flashy, too. She lost only nine points on her serve and hit 16 winners.

For the past four years, Williams has been trying to equal Australian Margaret Court’s record for major titles. Williams’ most recent Grand Slam championship came at Melbourne in 2017.

Osaka through to 2nd round

Osaka, who won the title in Melbourne two years ago, played the first match of the tournament in Rod Laver Arena and beat Anastasia Pavlyuchenkova 6-1, 6-2.

The first tournament of this year’s Grand Slam season began after a three-week delay because of the coronavirus pandemic.

Osaka drew a potential tough opening opponent in Pavlyuchenkova, a Russian ranked 39th who reached the quarterfinals in Melbourne three of the past four years. But Osaka breezed through the first set in 21 minutes and barely slowed after that.