Auston Matthews scored twice to extend his goal streak to a career-best seven consecutive games as the Toronto Maple Leafs heaped more misery on the Vancouver Canucks with a 5-1 victory Saturday.

Wayne Simmonds, with two of his own, and Zach Hyman, with a goal and an assist, provided the rest of the offence for Toronto (9-2-1). Frederik Andersen made 27 saves

Mitch Marner added three assists to extend his point streak to seven games as the Leafs won their second straight against the Canucks following Thursday’s 7-3 blowout. Mikko Lehtonen chipped in with two assists for his first two-point night in the NHL.

Toronto is now 7-0-1 over its last eight to sit atop the North Division with 19 points, one better than the Montreal Canadiens.

Playing their league-leading 15th contest, the Canucks have now surrendered an NHL-worst 60 goals in 2020-21, including giving up at least five against for the ninth time.

The teams play seven more times in the NHL’s abbreviated season, including Monday back inside a fan-less Scotiabank Arena because of COVID-19 protocols to wrap up this three-game set. 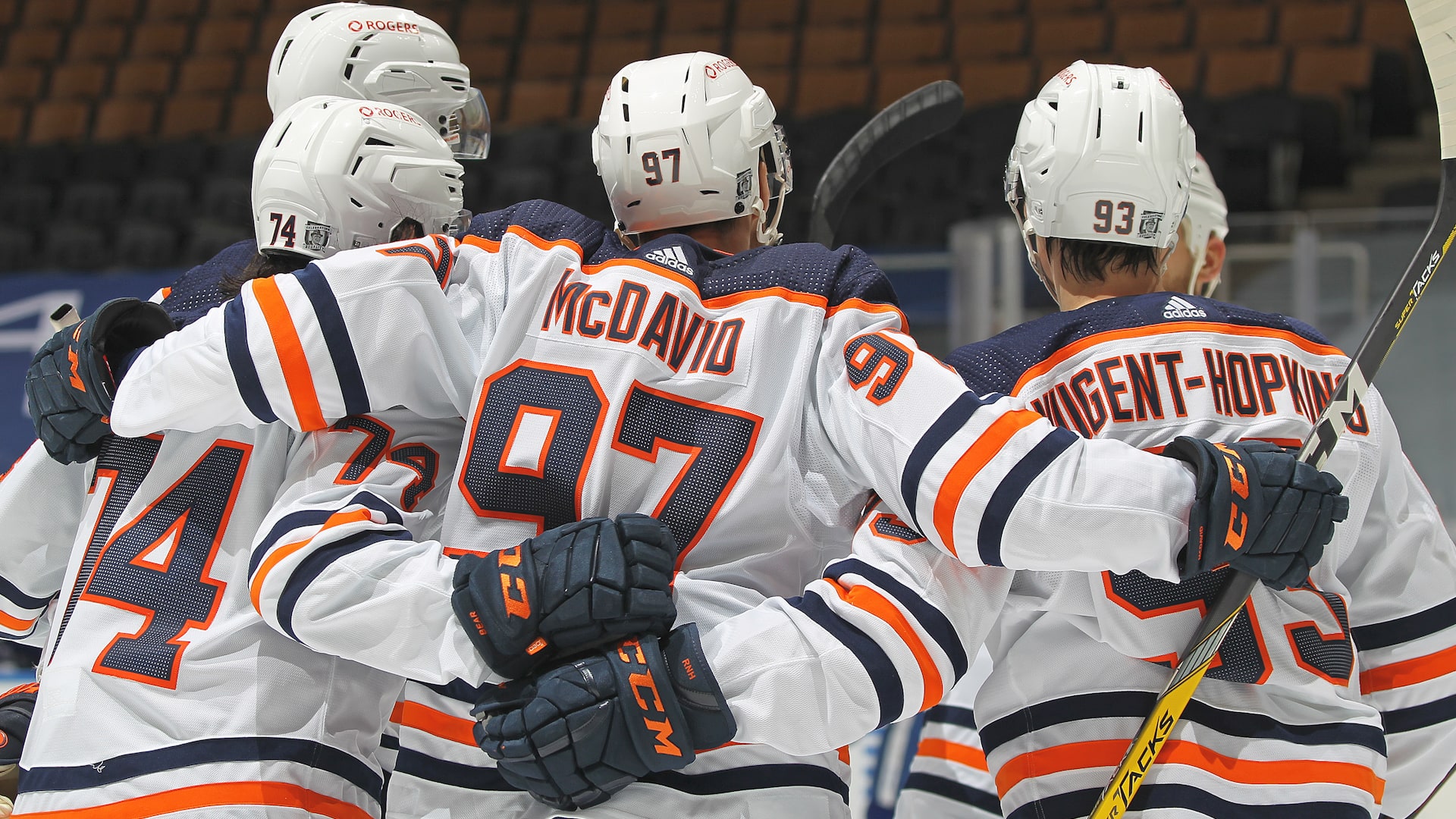 In our new weekly segment, Rob Pizzo catches you up on the week that was in the all-Canadian division in the NHL. 3:11

Looking for a spark, Canucks head coach Travis Green reunited the “Lotto Line” of Boeser (No. 6), Elias Pettersson (No. 40) and J.T. Miller (No. 9), while Vancouver winger Loui Eriksson — who’s in the fifth season of a $36-million US, six-year contract — made his 2020-21 debut alongside Bo Horvat and Tanner Pearson.

The Canucks, who made the second round of the 2019-20 pandemic-delayed playoffs inside the Edmonton bubble before undergoing a number off-season changes as key veterans left in free agency, showed more on this night than they did 48 hours earlier, but it was still far from good enough against the high-flying Leafs.

Toronto opened the scoring at 4:42 of the first when its lethal power play, which has now scored in 11 of 12 outings this season, went to work. Simmonds took a pass from Marner at the side of the net and, with the cross-ice pass to Matthews taken away by a defender, instead took his time and roofed his fourth of the season in off the bar.

Simmonds then hit two posts on the same shift as Vancouver, which didn’t register a shot attempt until Justin Bailey forced a save out of Andersen almost nine minutes in, struggled to keep up.

Pettersson, who would hit the post at the end of a power play late in the period, had a chance on a partial break Andersen turned aside before Matthews went to work.

Willie O’Ree broke the league’s colour barrier in 1958, and there have been a lot of firsts since then. Rob Pizzo walks you through 9 trailblazers for Black History Month. 1:52

The Leafs centre grabbed a loose puck in the Canucks’ zone, stepped past Vancouver defenceman Jalen Chatfield with ease, and roofed his ninth of the campaign upstairs past Holtby’s glove to extend his goal streak.

Pettersson had another chance early in the second staring at a wide-open net, but the puck bounced over his stick before Morgan Rielly hit the post at the other end.

The Leafs would eventually make it 3-0 at 7:36 when Marner wove into the Vancouver zone and found Lehtonen, who in turn fed a great pass for Hyman to tap in his third.

The Canucks showed some life later in the period, with Andersen making a good save on Nils Hoglander in the slot. Miller then blasted a one-timer that beat the Leafs netminder, but Toronto correctly challenged for offside.

Matthews made it 4-0 with his 10th of the season — and ninth in his last seven outings — at 1:28 of the third when he outraced Miller to Holtby’s clearing attempt before firing five-hole.