When Pauline Carrier looked out the living-room window of her northern New Brunswick home, hundreds of seals were floating by on the Bay of Chaleur.

“There was at least a thousand of them on the ice floe,” said Carrier, who lives in Charlo, about 14 kilometres southeast of Dalhousie.

Harp seals dotted the ice stretching from Charlo across the bay to Quebec.

“Usually we get a few, but this time I find it was a lot more than usual,” Carrier said.

The sight of so many seals drew dozens of onlookers, who crowded the roadways along the bay for a glimpse of the mammals resting on chunky ice floes.

“Even yesterday at the Eel River Bar Beach, people were stopped all over looking at the sight of all the seals,” Carrier said Wednesday.

For two days, the seals rested in the bay, until the ice moved out into the Gulf of St. Lawrence, taking the seals with it.

According to marine biologists, gatherings of 1,000 or more harp seal aren’t unusual. What is rare is their presence this far inland.

“It’s unusual that they drifted in that far,” said Mike Hammill, a biologist with Fisheries and Oceans Canada. 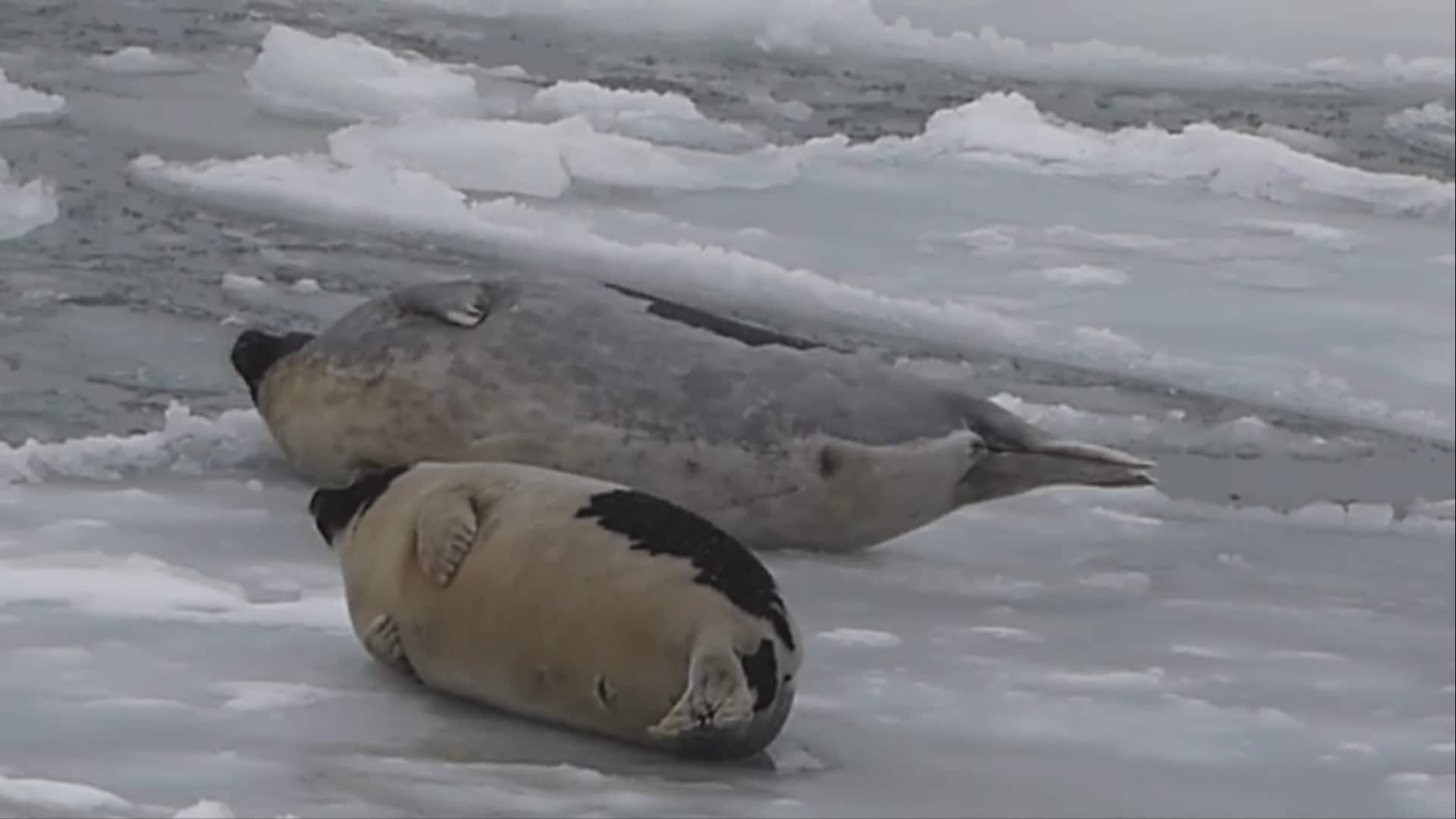 Residents along the Bay of Chaleur enjoyed an unusual vista this week — hundreds of harp seals resting on ice floes near Charlo and Eel River Bar First Nation. 1:27

Hammill said the Bay of Chaleur is normally frozen over by this time of year, preventing the ice floes the seals use as a home base for hunting for food from floating inland.

“Right now, I think the only ice that’s around is the ice that is drifting around in the Bay of Chaleur, so that’s what they’ve found, and they decided to take a rest,” said Hammill.

Because of the mild winter so far, residents have been able to see something normally only viewable out in the gulf.

This is the time of year when harp seals are bulking up. Male seals will soon start to lose a lot of weight as they compete for mates, while females will shed three to 3½ kilograms a day nursing newborns in early March.

“So both males and females are trying to lay on the energy now because they feed a lot less in the first two to three weeks in March,” said Hammill.

Despite the spectacle of hundreds of seals floating near homes, Fisheries and Oceans says disturbing them is illegal and could be dangerous.

“While seals may look cute, they are wild animals and should be left alone,” wrote DFO spokesperson Krista Petersen in an email to CBC News.

“They may react aggressively if they are cornered or believe they are being threatened. They can cause serious injuries requiring medical attention. If you encounter a seal, do not approach it and keep children and pets away.”