AstraZeneca and Oxford University have more work to do to confirm whether their COVID-19 vaccine can be 90 per cent effective, peer-reviewed data published in The Lancet showed on Tuesday, potentially slowing its eventual rollout in the fight against the pandemic.

Once seen as the frontrunner in the development of a vaccine against the coronavirus crisis, the British team was overtaken by U.S. drugmaker Pfizer, whose shots — with a success rate of around 95 per cent — were administered to U.K. pensioners on Tuesday in a world-first hailed as V-Day.

Detailed results from the AstraZeneca/Oxford trials have been eagerly awaited after some scientists criticized a lack of information in their initial announcement last month.

However, the Lancet study gave few extra clues about why efficacy was 62 per cent for trial participants given two full doses, but 90 per cent for a smaller sub-group given a half, then a full dose.

“[This] will require further research as more data becomes available from the trial,” the study said. 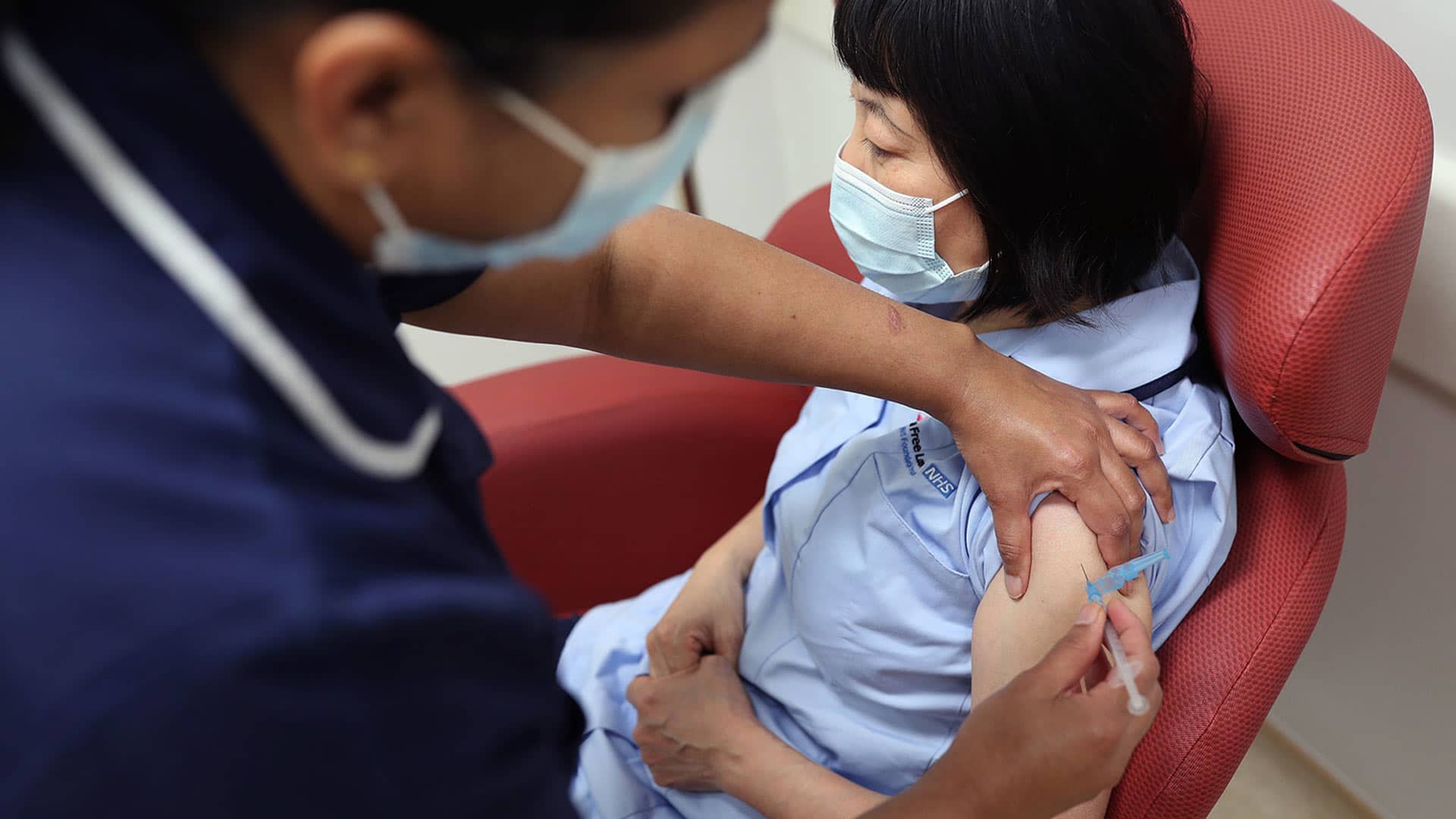 Infectious diseases specialist Dr. Allison McGeer answers questions about how rolling out the COVID-19 vaccine will be different from the vaccination campaign for H1N1 10 years ago. 4:00

Less than six per cent of U.K. trial participants were given the lower dose regimen and none of them were over 55, meaning more research will be needed to investigate the vaccine’s efficacy in older people who are particularly susceptible to COVID-19.

Pooling the results, overall efficacy was 70.4 per cent, the data on Tuesday showed. That is above the 50 per cent minimum set by the U.S. Food and Drug Administration.

COVID-19 vaccines from Pfizer and German partner BioNTech and from Moderna have reported efficacy levels of more than 90 per cent in late stage trials.

But the AstraZeneca/Oxford vaccine is seen as particularly important to tackling the pandemic in the developing world, as it would be cheaper and easier to distribute.

“The basic message: that the overall efficacy across the trials that are reported here is about 70 per cent but with a clear description of its uncertainty,” said Stephen Evans, a professor of pharmacoepidemiology at the London School of Hygiene & Tropical Medicine.

“The statistical uncertainty is that the efficacy could be as low as 55 per cent or as high as 80 per cent. The Pfizer/BioNTech and Moderna vaccines both have efficacies above 90 per cent and are clearly more efficacious under trial conditions.”

Asked whether the half, then full dose regimen had been a mistake, Andrew Pollard, director of the Oxford Vaccine Group and chief investigator into the trials, told a news conference it had been “unplanned.”

Questions around need for new trial

Mene Pangalos, head of AstraZeneca’s non-oncology research and development, said requests for regulatory approval around the globe could still be submitted this year.

“We hope that once the regulatory authorities review the data, we can get approval any time from the completion of the submission, which could be any time from the end of this year to early next year,” he said.

However, Pollard conceded the different results from the two dosage regimens complicated matters.

“The regulators will decide exactly what their label should say,” he said, when asked whether regulators might approve the two full shots regiment first, and then potentially the half, then full, shot regiment when more data is in.

Pangalos also said he assumed U.S. regulators would want to see results from an ongoing trial in the United States before giving their approval.

He said more results in the ongoing trials may provide the needed clarity without resorting to a costly new trial, as the company previously said was likely.

“We haven’t yet decided on what a next study would be, if we do a next study … we will decide in due course.”

On Monday, Prime Minister Justin Trudeau announced that 249,000 doses of the two-dose Pfizer and BioNTech’s vaccine are expected to arrive across Canada starting next week, pending approval from Health Canada.

Health Canada is also reviewing applications for other vaccine candidates, including products from AstraZeneca/Oxford, Moderna and the pharmaceutical division of Johnson & Johnson, Janssen.

Pfizer on Tuesday cleared the next hurdle in the race to get its vaccine approved for U.S. emergency use after the Food and Drug Administration (FDA) released documents that raised no new issues about its safety or efficacy.

The Oxford researchers, in turn, said their vaccine was found to be safe, with three out of the roughly 23,700 participants experiencing serious conditions that were possibly related to either the COVID-19 vaccine or a standard meningitis vaccine given to a control group.

A case of a serious neurological illness, transverse myelitis, was reported 14 days after a COVID-19 vaccine booster shot, which was “possibly related to vaccination,” the researchers said.

This case led to a seven-week suspension of the AstraZeneca/Oxford trial in the United States and to brief halts in its trials in other countries.

In the study, 10 people were hospitalized for COVID-19, none of whom received the vaccine. Two were considered severe cases, and one person died.

The other serious adverse events in the trial were anemia in one from the placebo group and severe fever in a participant whose receipt of vaccine or comparison shots is not yet known. All have recovered.