Two of Canada’s closest allies have laid out plans to distribute new vaccines against the deadly novel coronavirus, with the first shots expected to be delivered in December.

Canada, meanwhile, has been largely silent on how promising vaccine candidates will be distributed here after Health Canada regulators give them the green light — providing few, if any, details beyond a promise to work with the provinces and territories and buy cold storage.

The federal government has procured some 358 million doses from seven companies but little is known about how and when the vaccines will be made available.

“Our government has worked hard to secure tens of millions of doses, so we’re prepared once a safe, effective vaccine is ready for Canadians,” Prime Minister Justin Trudeau said today, adding that it’s “premature” to say when communities will have access to the vaccines.

Trudeau said Canada — unlike the U.S., the United Kingdom and Germany — doesn’t have any domestic vaccine manufacturing capacity, which means it could be a while yet before Canadians get a dose. “We’re looking forward to being able to vaccinate Canadians in the coming months,” he said. 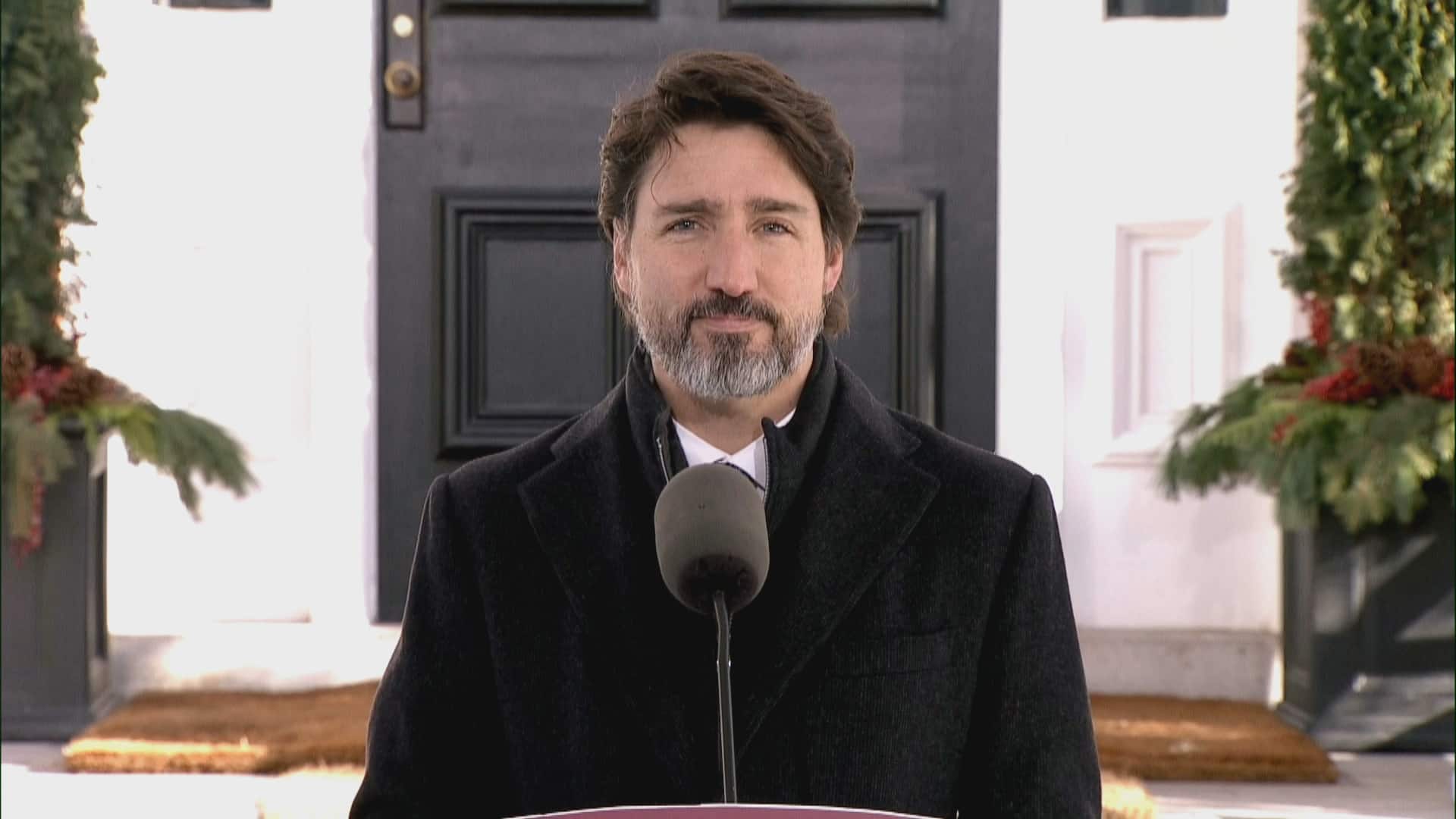 Prime Minister Justin Trudeau spoke to reporters outside his home in Ottawa on Tuesday 1:59

Dr. Moncef Slaoui is the chief scientific adviser to Operation Warp Speed — the U.S. mission to develop a vaccine, manufacture it in large quantities and push it out into communities. The U.S. Food and Drug Administration (FDA) is set to meet on Dec. 10 to make a final decision on Pfizer’s highly-effective vaccine and Slaoui said inoculations will begin immediately.

“Our plan is to be able to ship vaccines to the immunization sites within 24 hours from the approval,” Slaoui said in an interview with CNN.

“I would expect maybe on day two after approval, on Dec. 11 or Dec 12, hopefully, the first people will be immunized across the U.S., across all states, in all areas where the state departments of health have told us to deliver the vaccine.”

20 million Americans to be vaccinated in December

Since October, Pfizer has been manufacturing hundreds of thousands of doses each week — even though it hasn’t yet received regulatory approval. The company hopes to make 100 million doses available this year and another 1.3 billion in 2021. Each patient will need two doses of Pfizer’s vaccine.

The National Health Service (NHS) in England has designated 1,250 local health clinics as vaccine sites where, starting as early as Dec. 1, staff will be on hand to administer the vaccine over 12-hour shifts, seven days a week. Each clinic site is expected to inoculate at least 975 people per week.

The NHS already has started booking vaccine appointments, designating blocks to priority groups. Vaccinations in the U.K. will start with older adult residents in long-term care homes and care home workers, all those 80 years of age and over and health and social care workers, before being offered to those aged 75 years or younger.

“I have tasked the NHS with being ready from any date from Dec. 1. The logistics are complex, the uncertainties are real and the scale of the job is vast, but I know that the NHS, brilliantly assisted by the armed services, will be up to the task,” Matt Hancock, the U.K.’s health secretary, told Parliament last week.

In May, the U.S. tapped a retired four-star army general, Gen. Gustave Perna, to coordinate the distribution efforts — a massive task that will see millions of doses of the vaccine deployed to every state starting next month, through a partnership with U.S. drug distribution giant McKesson.

Perna is a former commanding general for the U.S. Army Materiel Command, which manages the Army’s global supply chain, making him uniquely qualified to run such a complicated distribution network.

“The country’s existing public health infrastructure is well tested — we see evidence every fall when Americans receive the flu vaccine in large numbers. But these are not normal times,” Perna said in a media statement. “Leveraging our military planning and logistics capability and combining that with proven methods will allow existing systems to scale quickly to get the vaccine to the American people.”

More than 1 million standard kits — which would cover 100 million vaccine doses — have been assembled by Operation Warp Speed.

The military and McKesson will distribute vaccines along with ancillary kits with all the required supplies to administer them, such as needles, syringes, alcohol pads and limited personal protective equipment.

Pfizer has an assembly centre in Kalamazoo, Michigan, and the drug manufacturer plans to use private shipping companies such as UPS and FedEx to deliver vaccines to hospitals and vaccination sites within hours.

While Operation Warp Speed will deliver vaccine shipments, it will be up to the states, territories and major metropolitan areas to further define where the doses ultimately go. All 50 states have submitted COVID-19 distribution plans to the U.S. Centers for Disease Control (CDC).

The CDC has flowed more than $300 million to the states to fine-tune the deployment process and, last month, the agency publicly released a 75-page playbook detailing everything from vaccine provider recruitment and enrolment guidelines, vaccine storage and handling tips to information on which groups should be first in line for a shot.

The CDC also has signed agreements with major U.S. pharmacy chains CVS and Walgreens to assist with on-site vaccinations at long-term care facilities (LTCs), which have been especially hard hit by the pandemic.

Spahn said he has asked Germany’s federal states to have their vaccination centres ready by mid-December. “I’d rather have a ready-to-go immunization centre that remains inactive for several days than a licensed vaccine that cannot be administered,” the minister said, adding that vulnerable persons, such as the elderly, would be treated first.

The Canadian federal government, by comparison, has said little publicly about what it has planned for vaccine distribution.

The scientists at the National Advisory Committee on Immunization (NACI) recently issued preliminary guidance on who should get priority for a vaccine.

When asked Tuesday why Canada seems to be further behind in the race to distribute vaccines, Health Minister Patty Hajdu said the whole process is complicated and Health Canada hasn’t yet approved a vaccine candidate.

“I can’t speak to allied countries’ regulatory processes. I can just speak to mine,” she said.

Hajdu said the health department is “working hand in glove” with procurement officials to distribute a vaccine, once Canada gets one.

“All of our departments are working right now, around the clock actually, on making sure we have a concrete plan with the provinces and territories, that we are ready to deploy the vaccines as soon as they arrive on Canadian soil,” she said.