Yet as the province delays in-class learning again for students in the Greater Toronto and Hamilton regions, Windsor-Essex and Ottawa, the bulk of 4.4 million rapid COVID-19 tests sent to Ontario by the Public Health Agency of Canada sit unused. It’s still unclear whether  — or how — they might be used as part of the provincial safe school reopening strategy.

In an interview with CBC News on Friday evening, Ontario Education Minister Stephen Lecce said that as other southern Ontario schools open on Monday, the province is ready to provide whatever testing capacity is needed. But he said it would be up to local public health units to make the call.

“Both tests and people can be deployed when the public health unit deems it right,” Lecce said. “We are not involved as a ministry or politicians in deploying it. We leave that up to the medical officers locally.”

Lecce also said that rapid tests could be “layered into” a school testing program, but that decision would be up to the province’s chief medical officer of health, Dr. David Williams.

When asked at a news conference on Thursday about the potential use of Ontario’s supply of rapid tests in schools, Ontario’s associate chief medical officer of health, Dr. Barbara Yaffe, said she and Williams were working with the Ministry of Education and “other partners … to figure out what the best way to do this is.”

Yaffe made reference to a school testing pilot project in November and December on asymptomatic students, staff and families in high-risk areas of Toronto, Ottawa and York and Peel regions.

That voluntary asymptomatic testing identified COVID-19 cases that may otherwise have been missed, including an outbreak of more than 20 cases at a Toronto school.

The pilot used the traditional nasopharyngeal PCR test to diagnose COVID-19, in which a long swab is used to collect the sample from the back of the nose and throat and is then analyzed in a lab.

At the news conference, Yaffe said there were questions about the accuracy of rapid tests versus that “gold standard,” but she noted that they were “looking at” the possibility of using them.

‘Test that is done is the best test’

But experts say that testing rates are too low and and wait times for results are too long as Ontario struggles with high case numbers — an indication that it’s time to make greater use of Health Canada-approved rapid PCR tests and rapid antigen tests, which can be analyzed on the spot and provide results within minutes.

“Right now we should be using all of the tools we have,” said Dr. Irfan Dhalla, co-chair of Canada’s COVID-19 Testing and Screening Expert Advisory Panel. 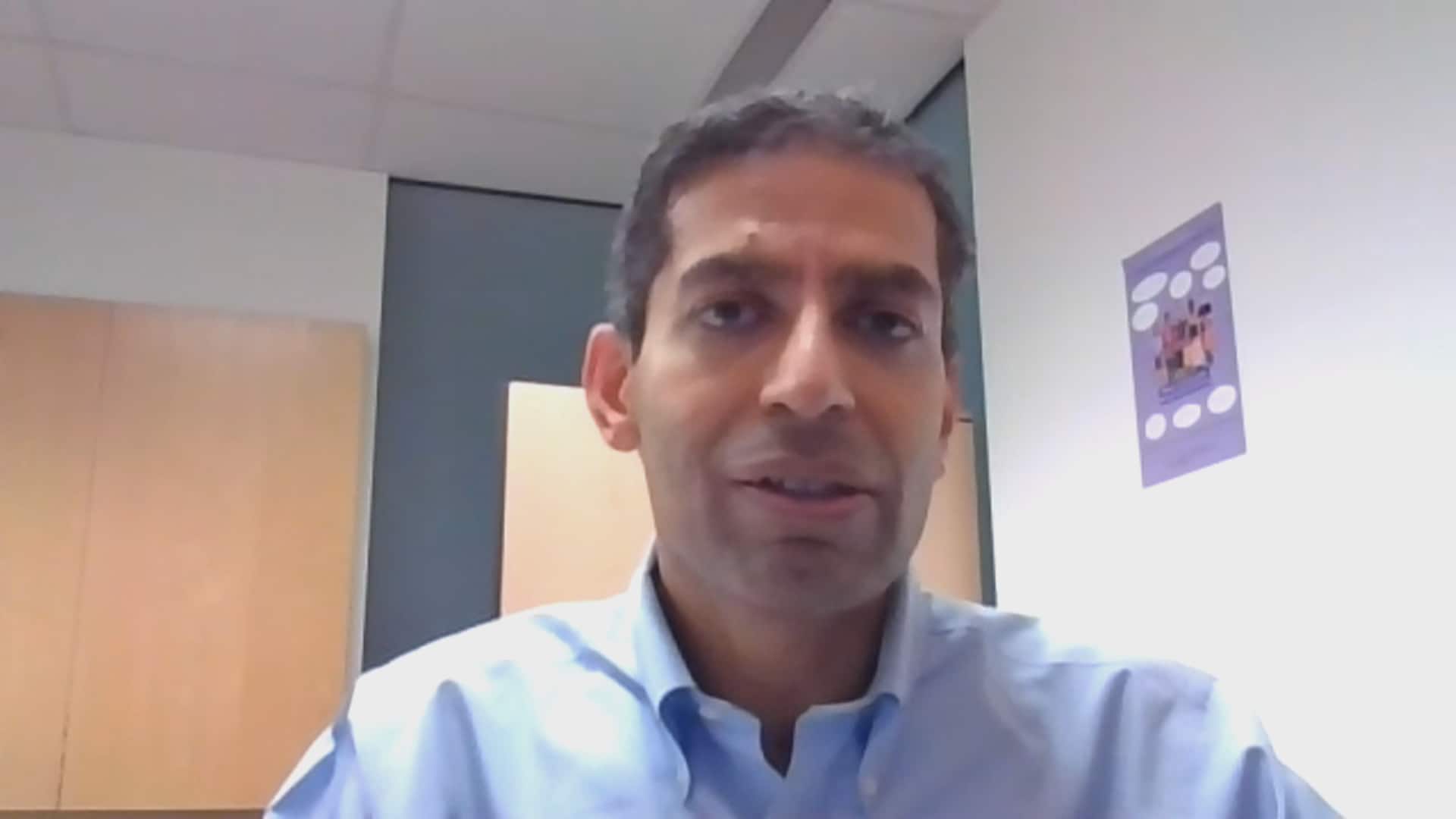 That’s especially true in areas where community spread is high, he said, because getting as many people as possible tested quickly — and therefore isolating positive cases faster — is key to preventing them from spreading the virus to others.

The fact that rapid tests can be less accurate than the lab-analyzed counterpart fostered skepticism about their usefulness earlier in the pandemic, but Dhalla said that thinking has shifted.

“What they lose in accuracy can be gained back through the rapid turnaround time and through frequency” that isn’t possible in lab-based tests, he said.

That means rapid antigen tests could be helpful in preventing COVID-19 outbreaks in schools, Dhalla said, because students, teachers and staff could be tested repeatedly and regularly throughout the school year. Those who test positive would get a PCR lab test to confirm the diagnosis but would already be isolated while awaiting confirmation.

“If we adopt the view — and I think most of us do have this view — that schools should basically be one of the last communal settings to close and one of the first communal settings to reopen, then it makes sense that when community transmission is still an issue and we are just reopening schools, that we should try to reopen schools … in such a manner that we can detect these outbreaks either, you know, before they occur [and] prevent the outbreak altogether, or detect them when they are really, really small,” he said.

“And so the rapid antigen tests do have a role to play.”

Dr. Zain Chagla, an infectious disease specialist at McMaster University in Hamilton, said rapid testing in schools can also help public health experts understand where COVID-19 is circulating in the broader community. That’s especially true, he said, in areas where there’s high community transmission but a low number of people getting the traditional tests — either due to difficulty in accessing testing centres or reluctance to go to them because they feel stigmatized.

“At the end of the day, the objective is to get more positive people identified and isolated to break chains of transmission,” Chagla said. “The test that is done is the best test. Not the one that we think is the best on paper. It’s the one that actually gets done.”

As of Jan. 19, the Public Health Agency of Canada had distributed about 14 million rapid COVID tests across the country — most going directly to the provinces and territories, a spokesperson told CBC News in an email.

Ontario has received 4,465,172 of those tests. According to numbers provided by the province’s Ministry of Health to CBC News on Friday, it had deployed about 645,000 of those tests.

More than 159,000 rapid PCR tests have gone to rural and remote communities, including First Nations, the ministry said, and about 485,000 rapid antigen tests have been distributed to long-term care homes and workplaces.

According to the ministry, more than 150 long-term care homes are using them to test staff and visitors more frequently to better protect long-term care residents — something both Dhalla and Chagla agree is a critical use for rapid tests.

The Health Ministry also said it has distributed rapid tests to about 160 workplaces — including Air Canada, Magna and Ontario Power Generation.

In an email, the ministry told CBC News that it would also be distributing more rapid tests in a pilot program “for participating employers in the private, public and non-profit sectors, prioritizing access for health-care settings, essential front-line settings and congregate settings.”

Through that program, the provincial government aims to “learn about the value of antigen screening for asymptomatic workers in a range of workplace settings, and [the program] will inform future decisions about safely and fully reopening the economy.”

A couple of provinces are using some of their federally distributed rapid COVID tests for students or teachers, but in a limited way.

However, Quebec is launching a study in two Montreal high schools to determine how effective rapid tests are at identifying COVID-19 cases in school settings.

Manitoba has started a “fast pass” system for teachers and staff in five school divisions, which allows them to get  a rapid test at a centralized location.

Nova Scotia is not doing rapid COVID-19 testing in elementary or secondary schools, but the province has trained volunteers to help at a pop-up rapid testing clinic that travels the province and frequently sets up at Dalhousie University, providing easy access for students there.