The last three days have seen 46 people die of COVID-19 in B.C., as more than 2,000 new cases of the disease were confirmed, Provincial Health Officer Dr. Bonnie Henry announced Monday.

A total of 2,354 cases from over the weekend were added to the province’s total to date, which includes 277 historical cases that were previously missed because of a data reporting error in the Fraser Health region.

There are now a record number of 316 patients in hospital with the disease caused by the novel coronavirus, including 75 in critical care, out of 8,855 active cases — also the highest total to date.

Henry noted that this weekend’s death toll is “the highest number we have ever had” as she paid an emotional tribute to those who have been lost and the family and friends they’ve left behind.

“We all feel your loss and we mourn with you,” she said.

She said the majority of those who died — about 80 per cent — were long-term care residents. The oldest was 103 years old.

“These people have faces, have names, have stories. This tragedy is all of our tragedy,” Henry said. “If you are thinking it may be OK to bend the rules, please remember this virus takes lives. It is the lives closest to us that are most at risk when we take risks.”

There have been 33,238 confirmed cases of COVID-19 in B.C. There are now 10,139 people across the province in self-isolation because of contact with known cases of the virus.

Monday’s update includes five new outbreaks in the health-care system. Currently, there are 57 active outbreaks in long-term care and assisted living and five in hospitals.

‘Faith is not a building’

Henry spoke about the responsibility of all British Columbians to follow public health orders that currently prohibit all social gatherings of any size and all community and public events.

Those orders cover faith-based gatherings, including services in churches, synagogues, gurdwaras, mosques or temples, and Henry said the vast majority of faith leaders have done their part.

Watch | Henry says health officials are trying to balance minimizing the impact on people’s lives with the need to contain the virus: 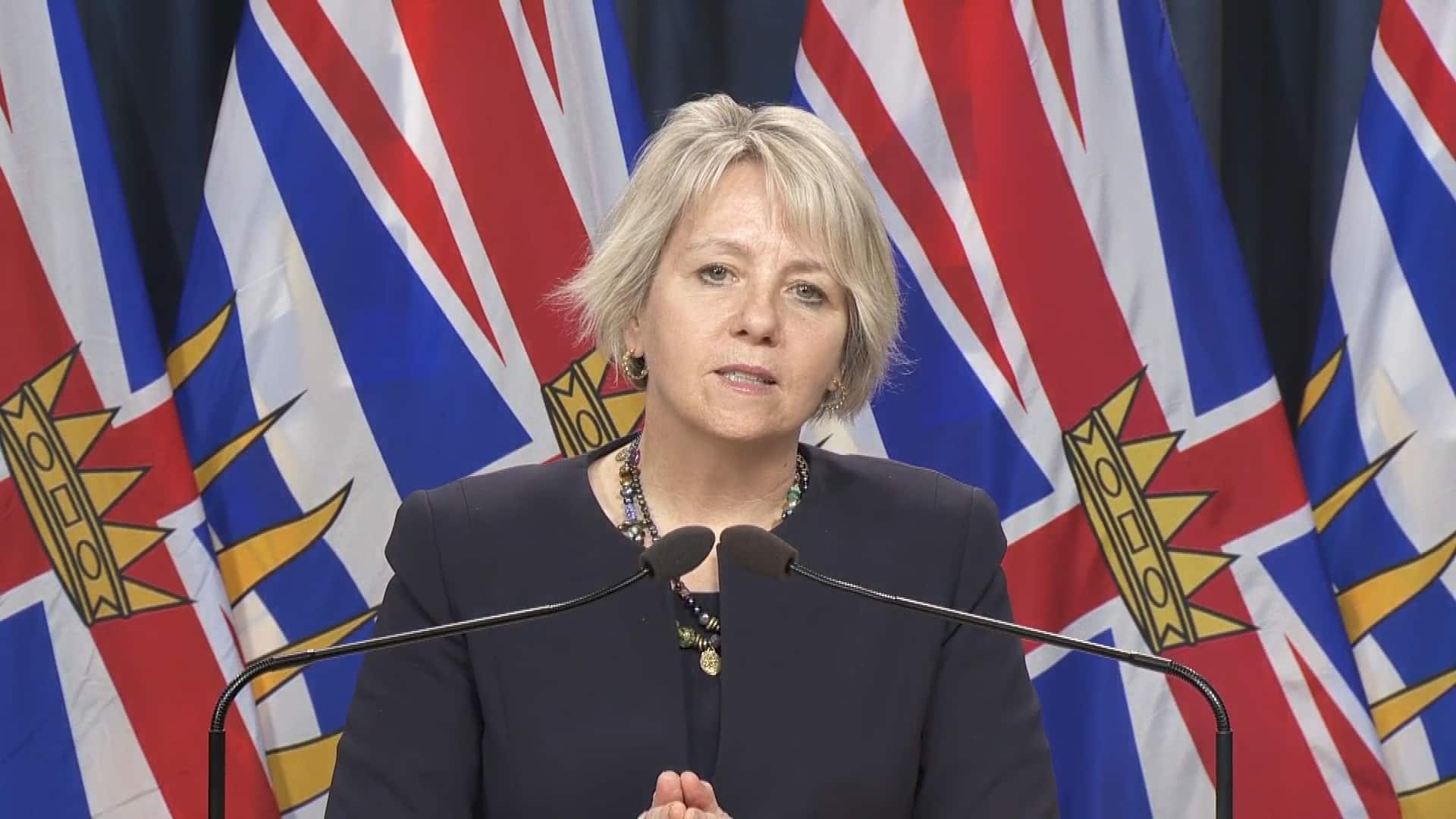 B.C.’s provincial health officer reflects on the balancing act between protecting people from coronavirus and limiting their freedom. 1:38

But this weekend, a church in Langley was fined $2,300 for defying Henry’s orders and holding in-person services.

“Faith is not a building,” Henry said Monday.  “It is not about Sunday mornings, it is about every day. It’s not about rights, it’s about community. It’s about responsibility to our fellow citizens.”

Despite marking yet another weekend setting grim records for this pandemic, Henry noted that there is light on the horizon with the promise of an effective vaccine in sight.

Until that happens, everyone needs to do their part to protect the most vulnerable people in their lives and communities, she said.

“We are facing a significant storm surge. We need to come together again,” Henry said. “If you are in doubt, remember you are not alone in your sacrifice. Most people are wearing masks. Most people are sticking to their households.”